The Start of the Ridgway's Hawk 2021 Nesting Season 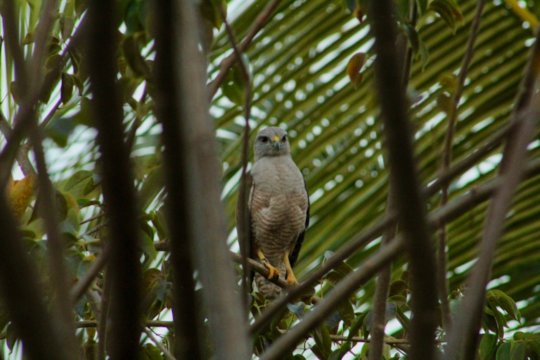 It’s February 18th and Ridgway’s Hawks nesting season has just begun. We are beyond excited to witness what this new season is going to bring. Every year we find ourselves more and more grateful to continue preserving this Critically Endangered species.

Last nesting season in Puntacana was our most successful to date with a total of 21 wild fledged young recruited into the population. We have great expectations for 2021. As usual, we are now in full swing as we prepare for the next six months of hard work monitoring Ridgway’s Hawks in our three sites. During this season we will also search for new nesting pairs and individuals, as well as continue with environmental education activities. The season just started and we already have four pairs of hawks incubating and 3 new pairs of hawks in the area. Isn’t this just wonderful!

In Aniana Vargas, our newest release site, we have documented the first pair of Ridgway’s Hawks in the area. This marks the beginning of this new population as we are hoping to be able to release twenty five new nestlings there in 2021. We hope these ambassadors will eventually become part of a new pair and contribute to the growth of the population.

In Los Haitises National Park, the hard work has also begun and our teams are busy monitoring Ridgway’s Hawk in three key areas of the park.

Meanwhile, we are also focusing on environmental education projects.  We will soon be starting a new education campaign for the Puntacana area. This campaign will focus on the importance of the Ridgway’s Hawk and includes radio messages, posters, and social media presence. We keep making progress on our raptor-based environmental education guide and for this year we are planning a few zoom meetings with different schools around the country.

We are always grateful for all of the support you’ve given us through the years. Let the new nesting season begin! 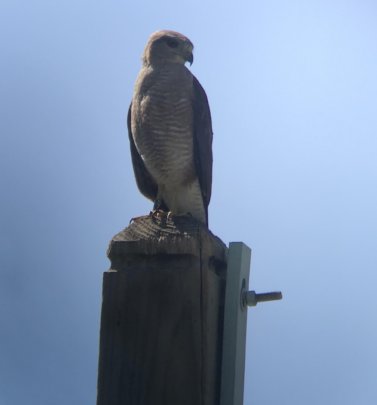 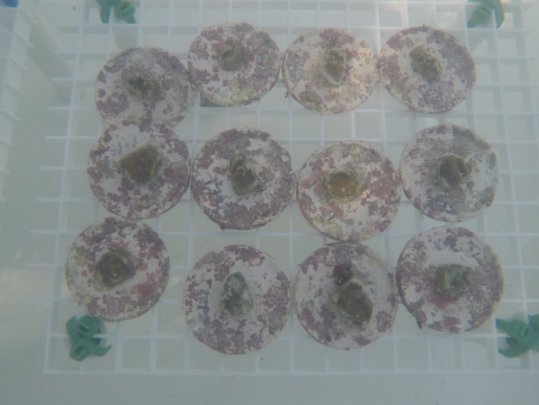 We're excited to share that we have started coral restoration activities again, after being limited because of the pandemic situation. Over the last couple of months, we have been working on our infrastructures to optimize microfragmentation in order to obtain a higher rate of coral survival. Thanks to this, 101 microfragments were obtained from an in-water nursery; these were located in-situ because of the lack of personnel and the closure our Center for Marine Innovation due to government regulations to limit a further spread of COVID 19. These fragments of different species (Porites porites, Acropora spp., Pseudodiploria strigosa) where kept in-situ without any monitoring. These where cleaned to remove macroalgal cover, crustose coralline algae attached to the ceramic plates while in-situ which indicates a good substrate for coral attachment and overall low macroalgal cover.

The 22 coral nurseries located at the site Aquarium were monitored to evaluate the state of the 20 A-frame structure and 2 rope nurseries. These nurseries where monitored, dead fragments were removed to increase the growth rate of the fragments. Four A-frame structures were deployed in this site to start an experiment with the goal of knowing the exact coral cover of Acropora cervicornis that incentivizes the recruitment of fish in the nursery. For this experiment we have 4 old nurseries that have a high coral cover and fish biomass that will serve as a reference, 4 structures without corals that will serve as control, and 4 (still haven’t been deployed) structures with new fragments of A. cervicornis attached. Based on recurrent observations throughout one year in order to measure coral cover and fish biomass, we will be able to know the optimum coral cover needed to provide a habitat for fish. This data will also serve to know the number of coral fragments that can be removed for outplanting without compromising the agglomeration of fish.

A new nursery site, was evaluated to see the state of the four nurseries that were installed before the pandemic. Two of the structures are tree nurseries, which were never used before in the Puntacana region. These structures located in the new site have low algal cover and were able to withstand little to no monitoring due to COVID and tropical storms. This site is surrounded by a reef that will be used for coral outplants. In the near future a possible study could be implemented to evaluate the difference between fish biomass in coral nurseries in a Marine Protected Area (Aquarium) and a none proteted site.

Three species of massive corals (Montastraea cavernosa, Orbicella annularis, Pesudodiploria strigosa) and one branching coral (Acropora palmata) were taken from The Aquarium to the wetlab at our Center of Marine Innovation. The different colonies belonging to the same species were put in close contact in order to see if they were different genotypes via aggression experiments. From these experiments, nine different genotypes were detected. By having different genotypes a proportion of individuals in genetically diverse populations may have a greater capacity to survive and acclimate to changing environmental conditions. Genotypes also serve as a way to place microfragments of the same genotype together in order to accelerate growth rate for the fragments to fuse and cover a greater area which will serve to restore reefs.

Three tanks of the land nursery were reactivated as an initial stage with an approximate of 200 microfragments. The corals microfragmented were from the aggression experiments and staghorn corals of opportunity obtained from the Aquarium. These tanks have herbivorous marine species such as gastropods, sea urchins and doctor fish. This creates a more holistic ecosystem within each tank, which helps maintain a low microalga cover.

A new area for public outreach was designated to demonstrate the different structures that are used as nurseries in the Puntacana region. Tourist can come to the Center of Marine Innovation and be able to visualize how coral nurseries work and their purpose.

We're currently designing a workshop with the goal of teaching people how they can help with inland microfragmentation, nursery cleanups and coral outplants while using citizen science. This way more fieldwork will be able to be done and at the same time people from the community, former fishermen or tourists will be able to get involved and become coral gardeners as well. 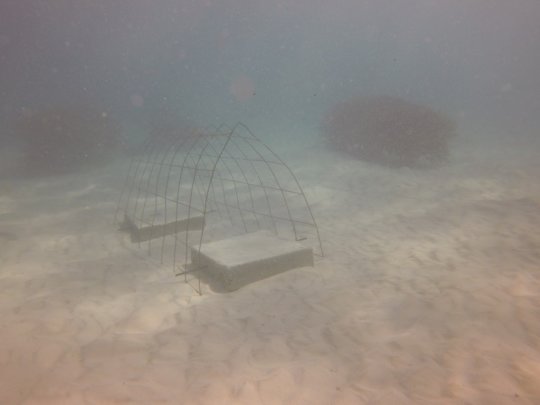 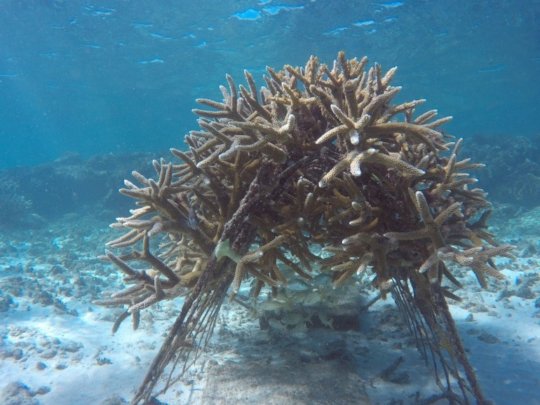 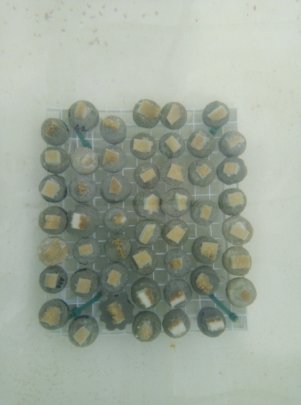 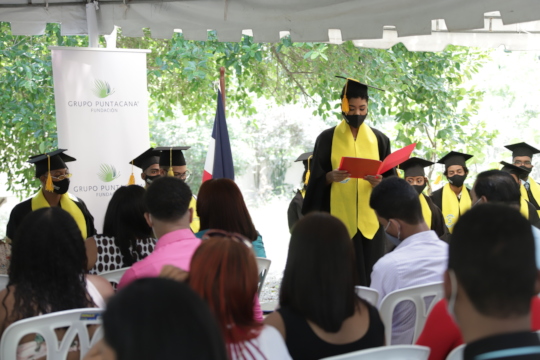 Dear donor, please accept our heartiest greeting.  Thank you for your donation, we are thrilled to have your support. Through your donation we have been able to accomplish many goals and continue working towards to offering an affordable and quality education that fosters the professional and personal development of the young beneficiaries. You truly make the difference for us, and we are extremely grateful!

I am delighted to share with you these 3pictures of the 15th Graduation Ceremony of the school which took place in the last October .  68youth were graduated from high school and some students and teachers were awarded for their performance.

The Principal of the school expressed his satisfaction for the achievements of the last school year and exhorted the graduates to never forget the human values that were instilled in them.

Given the current circumstances, we decided to do a short and very simple ceremony. In fact, we had two ceremonies (one in the morning and the other in the afternoon), it is that to say that the graduates and their closest relatives were divided into two groups as part of the safety protocols. But it was still very meaningful and emotional, as always

In the other hand, the 2020-2021 school year is already begun.  Nowadays the parents, students, teachers and the administrative staff are focused on it.

The continuation of the suspension of face-to-face teaching in our country, due to the isolation measures imposed by the Government to counteract the spread of covid-19, gave way to the continuation of the virtual education, following the guidelines of the Ministry of Education. Students and teachers, through the virtual classroom (Zoom App, TV channels, Whatsapp) are developing the educational curriculum from their homes. This new modality (distance learning) continue representing a great challenge to the educational community, but all is going well fortunately.

If it hadn't been for the technology training program that we have implemented for years, it would have been difficult for teachers and students to embrace the distance learning.

In the upcoming months we will keep you updated on the progress of our project. If you have any comment, advice or question, please let us know and we will respond as best we can.

These are hard times but “United we are Stronger”, better times will come !

Thank you very much again for your support, we truly appreciate it ! 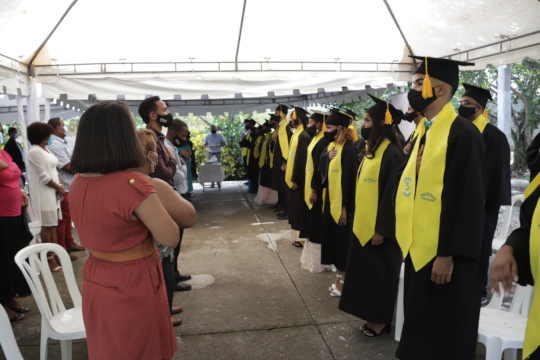 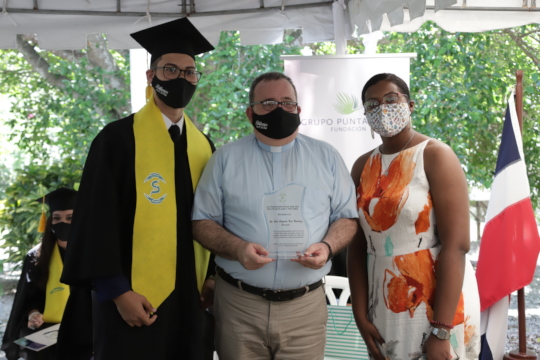 ‹ 1 2 3 4 5 6 7 8 9 ... 47 ›
WARNING: Javascript is currently disabled or is not available in your browser. GlobalGiving makes extensive use of Javascript and will not function properly with Javascript disabled. Please enable Javascript and refresh this page.