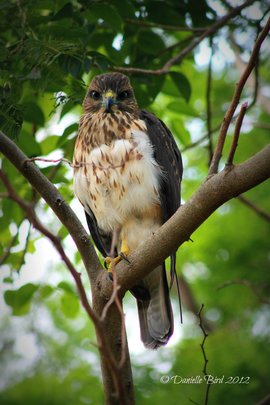 Since the last report written in January 2012, significant improvement was made to the hacking site. Invasive overgrowth was cleared between the observation deck and the hack box, simultaneously allowing for better viewing and providing a safer habitat for the newly released birds. The viewing deck was also improved so visiting scientists and interested birding enthusiasts alike can be more comfortable and less conspicuous when observing the hawks.

The reintroductions officially began on April 26th when three young (two females and one male) birds were brought from Los Haitises National Park to the hack box in Punta Cana where they became accustomed to their new surroundings until they were released on May 2nd. On May 11th two more birds (one male and one female) were placed in the hack box and released on May 22nd. All birds successfully made their first flights and returned to the hack box to feed. This behavior of returning to the release site for food will continue for about three months after their release during which time they will slowly learn to hunt on their own, becoming more and more independent until their eventual dispersal.

Scientists from the Peregrine Fund continue to monitor late nesting hawks in Los Haitises National Park to possibly identify high-risk chicks that might be acceptable candidates for reintroduction. Simultaneously the Peregrine Fund, the Hispaniola Ornithological Society and the Puntacana Ecological Foundation are working on the text and design of an educational brochure, which will be available in English and Spanish. These brochures will highlight the importance of raptors, specifically the Ridgeway’s Hawk and our work to conserve them. Educational activities are planned for Los Haitises and the release sites in Punta Cana later in the year. 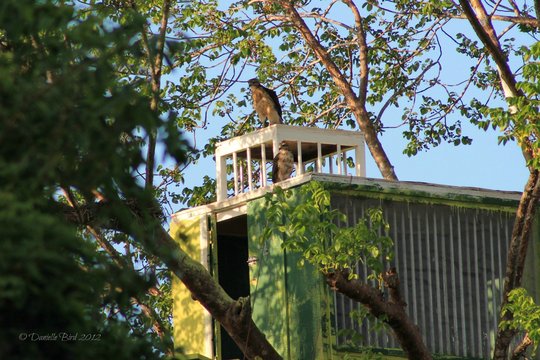 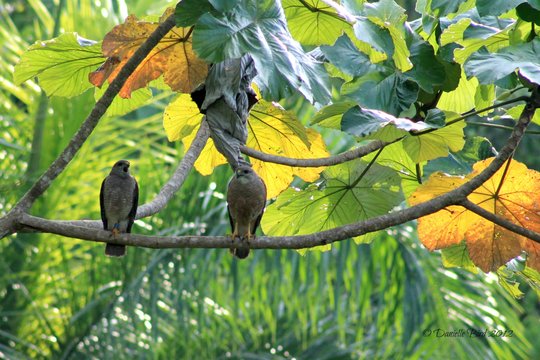 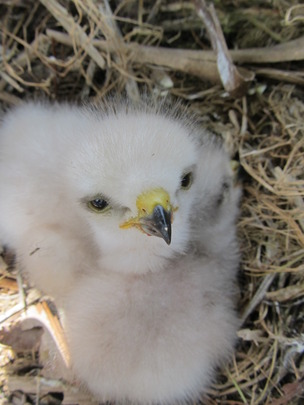 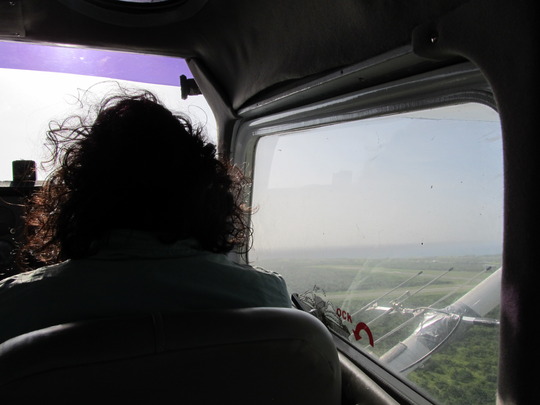 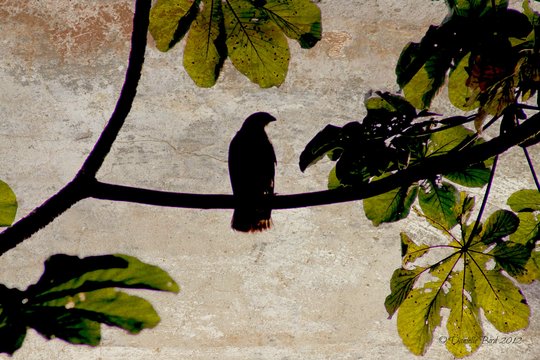 By Jake Kheel - Director of the PUNTACANA Ecological Foundation 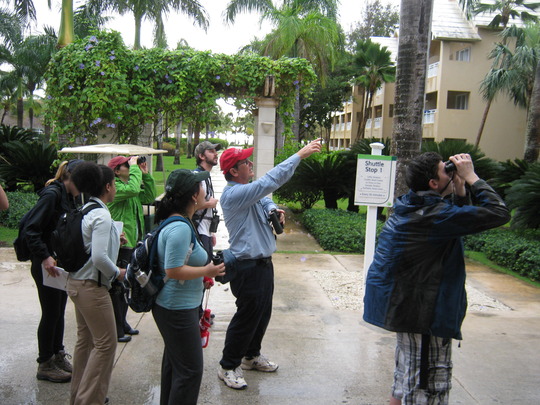 The new year of 2012 has been an especially busy one
for the previously reintroduced Ridgeway’s Hawks to Punta Cana. Immediately
after Christmas through the New Year an unprecedented number of birding
tourists came to the PuntaCana Resort & Club to partake in free birding
tours with renowned tropical ornithologist Dr. Andre Dhondt and his wife Keila.
During these tours several lucky birders had the opportunity to observe one of
the world’s rarest hawks in the comfortable resort setting around the PC Ecological
Foundation. Besides helping to push a nascent but growing birding tourism
industry in the area these amateur observations also help employees of the
Hispaniola Ornithological Society and the Punta Cana Ecological Foundation keep
tabs on the birds.

After the holidays Dr. Andre Dhondt stayed in the area to teach his annual
tropical ornithology course to visiting students from Cornell University. In
addition to providing a great learning experience for Cornell students of all
academic disciplines, their daily logs of birds seen help provide valuable
information regarding species diversity and density in the area. Over the past
several years we have been able to observe important trends in the increase of
some species and the relative decrease of others.

Since mid-January, Virginia Tech students studying abroad for the 2012 Spring
Semester at the PC Ecological Foundation have been volunteering their time to
track the previously reintroduced hawks and are now pairing this experience
with their Tropical Ornithology course. This week the VT students also had the
opportunity to observe and assist visiting researchers from the Peregrine Fund
and the Hispaniola Ornithological Society to trap and re-outfit previously
introduced females with new back packs for continued radio tracking.


The next reintroduction is programed to begin in April, 2012, for which we will
be renovating the hack site complete with a new spotting scope and tripod to make viewing the hawks more accessible for visiting researchers and birders alike. The PuntaCana Ecological Foundation has recruited a birding
tourism guide, supported in part by the PuntaCana Resort & Club, who in
addition to offering general birding tours will also offer tours specifically
focusing on the Ridgeway’s program. As we enter the fourth year of the
reintroduction program raising awareness about the hawk and the combined
efforts of the Hispaniola Ornithological Society, the Peregrine Fund, and the
Punta Cana Ecological Foundation to ensure the survival of the species
continues to be one of the primary focuses of the program. 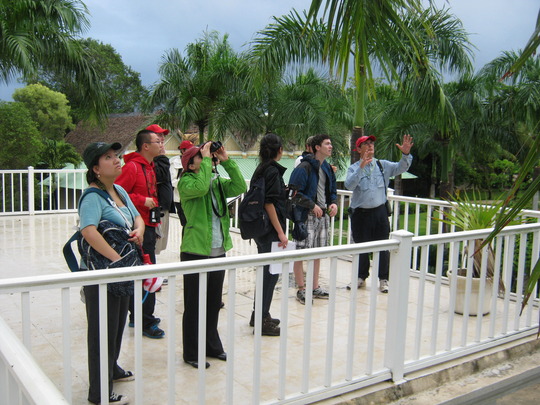 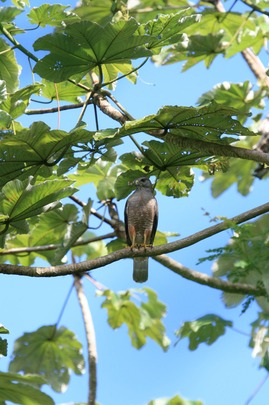 The third reintroduction of the Ridgeways Hawk has successfully moved on from the intensive periods of constant observation and intervention. The two biologists from the Hispaniola Ornithological Society assigned to the 2011 program have returned to the United States and now the responsibilities of observation and data collection has passed to visiting conservationists associated with the Hispaniola Ornithological Society and the Peregrine Fund. By participating in this program visiting conservationists provide not just observational data but also an invaluable exchange of best practices and experiences with similar programs with other species in other countries.

Participation in the reintroduction program has also begun to spread outside of the scientific community. Tourists, local residents and hotel employees alike have recently become active participants in the program by volunteering their time to help track, observe and record basic observational behavior.  One of the cornerstones of each reintroduction programs is a comprehensive educational outreach campaign to local schools, hotel employees and interested individuals; volunteers are proving to be a very effective vehicle for spreading knowledge based off of first hand experience with plight of this critically endangered species. Moving forward we hope to continually increase the involvement and support of a diverse array of international volunteers and experts alike in the Ridgeways Hawk program in order to foster a tourism industry that is more aware of the importance and involved in the conservation island biodiversity. 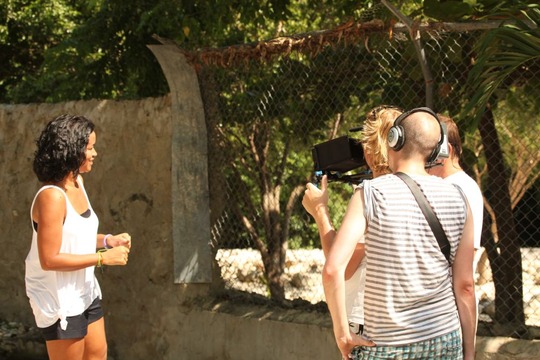 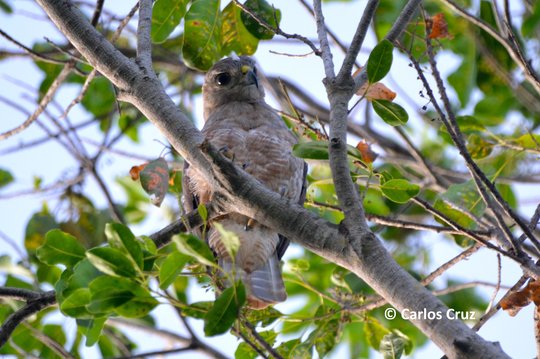 Photo by Carlos
‹ 1 ... 29 30 31 32 33 34 35 36 37 ›
WARNING: Javascript is currently disabled or is not available in your browser. GlobalGiving makes extensive use of Javascript and will not function properly with Javascript disabled. Please enable Javascript and refresh this page.