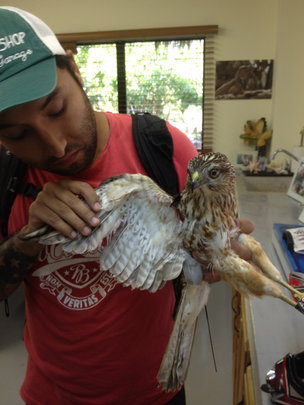 Since the last report in August, 2012, the last hawk that occasionally returned to the hack site to feed has since become completely independent. Volunteer Carlos Cruz left in the beginning of September and in his absence interested local volunteers assumed responsibility for tracking the hawks as they disperse throughout the Punta Cana area and establish their home ranges. On November 15th, Chris Clark, a new volunteer with the Peregrine Fund arrived to assume full time responsibilities for observing the hawks and distributing the recently created educational brochures mentioned in the last report. Chris will be staying at the Puntacana Ecological Foundation until mid-January, when other members of the Peregrine Fund arrive to begin the 2013 reintroduction program.

On August 28th one of the hawks, AW was injured near one of the neighboring tourism developments, located south of Puntacana Resort & Club. Although the veterinarian was unable to determine exactly what injured the hawk the wound appeared to be the result of a small rock which struck the bird just under its right wing. This injury highlights the need for conservation programs to incorporate extensive and long term educational components as part of their goals. The silver lining of this story is that representatives from the adjacent resort recognized the bird and contacted the Ecological Foundation immediately. Carlos Cruz retrieved AW and took it to a local veterinarian, who was able to treat the wound and monitor the hawk’s progress as it healed. In less than two weeks AW made a full recovery and is once again completely independent. After this incident, the Ecological Foundation helped organize educational talks for supervisors and managers of the various departments that may come in contact with these birds including the engineering departments, grounds keepers, maintenance, etc. This talk was well received and regular educational initiatives continue throughout the area.

As the 2013 high tourist season approaches we have made efforts to further publicize this initiative as a unique bird watching opportunity. By marketing the opportunity to see the Ridgeway’s Hawk to interested tourists we will simultaneously raise awareness about the plight of this critically endangered species and thus incentivize its conservation.  Visitors to the Ecological Foundation can speak with the staff and volunteers working on this project and potentially accompany them while they track the hawks. Recently, two visiting members of the Montana Audubon Society were able to join our volunteer to track the hawks. Finally, from December 21st – January 4th, tourists and interested persons will once again have the opportunity to take a bird watching tour and potentially see the Hawk with Cornell Laboratory of Ornithology professor Dr. Andre Dhondt as he makes his annual winter visit to Punta Cana. 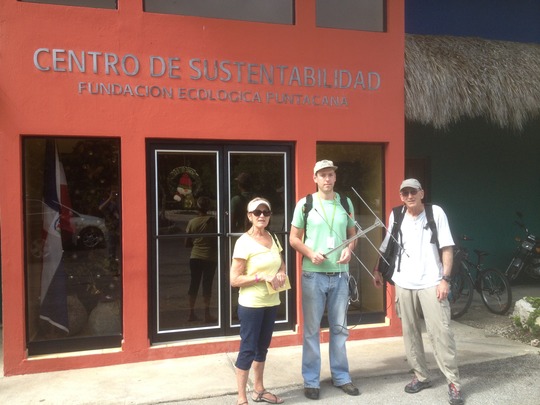 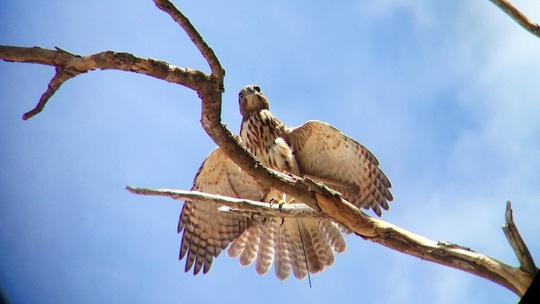 THE BEGINNING: REQUESTING AND EVALUATING BUDGETS

Firstly, we would to start our report by saying thank you again, to our generous donors. Your donation will be directly benefiting 390 students, 11 teachers and more than 100 young adults in need, through the improvement of the educational quality and infrastructure of the Ann & Ted Kheel Polytechnic School in Veron community.

This and all the reports to follow will update you periodically on our progress and your donation money at work here in the Dominican Republic.

We are in the initial stages of our project, specifically we are engaged in the following:

In the upcoming months, we plan to keep updated. If you have any comments, advice or questions please do not hesitate to contact to us and we will try to answer them as best we can.

Thanks again for your patronage! 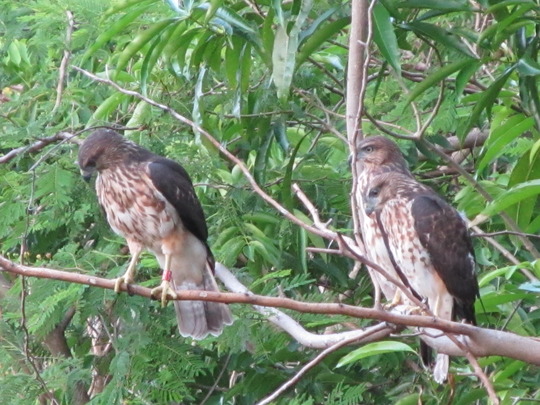 3 of the 2012 hawks courtesy of Thomas Hayes

The 2012 reintroduced hawks have passed the most delicate phase of their reintroduction and are beginning to define their territories in the Punta Cana area. Of the final two birds reintroduced on May 22nd only one of them still occasionally returns to the hack box for an afternoon meal. All of the rest are now independently hunting and dispersing throughout the area. Carlos Cruz, a conservationist from Mexico, is currently in charge of tracking the hawks daily to monitor their development and train interested volunteers how to track the hawks.

The Peregrine Fund, the Hispaniola Ornithological Society and the Puntacana Ecological Foundation have finalized the educational brochure and will be distributing them to local residents in both the Punta Cana release site as well as in the communities of Los Haitises. Educating the local population who live alongside this endemic species about its importance to the island’s ecosystem and engaging them as active participants in the program is of the utmost importance to the survival of the species and the sustainability of the program.

The Puntacana Ecological Foundation has also made a significant investment to outfit the power lines in select areas of the property with extra structures, called “perches”, which would prevent the hawks from being electrocuted. Electrocution has become a serious concern as the hawks and other raptors like to perch on top of the power line poles and stretch out their wings to dry themselves off. We are currently investigating various apparatuses that could be effectively implemented throughout the Punta Cana property to block the sources of electricity that could harm the hawks.

Finally, in order to better prepare for the 2013 tourism season we have posted signs to help guide interested birders to the hack site and observation deck so that they can potentially see the hawks and also engage with the scientists working on the reintroduction program. 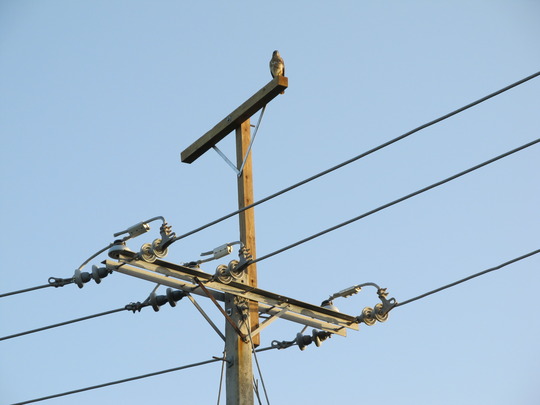 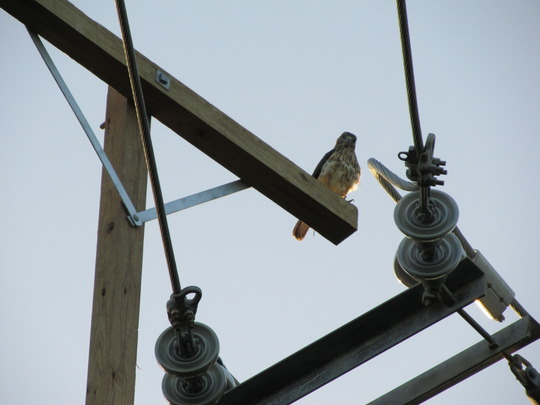 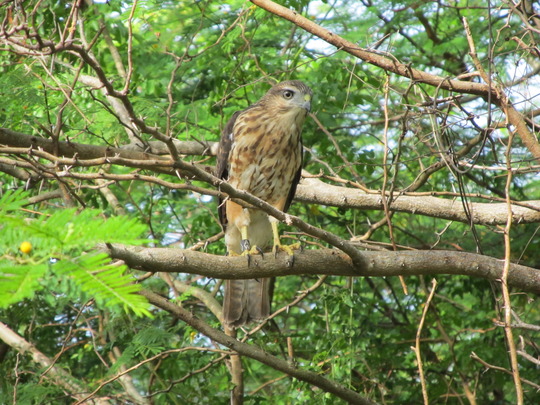 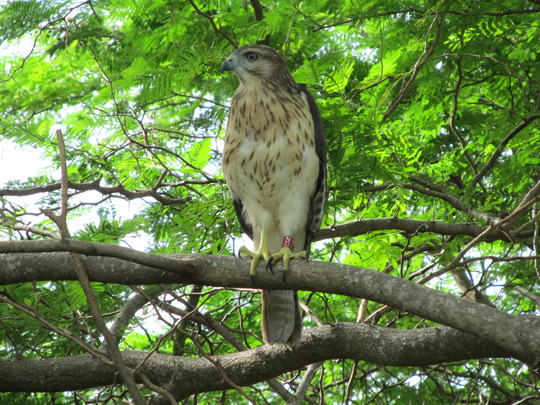 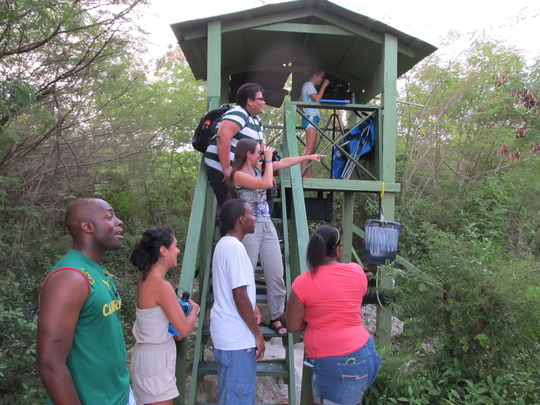 Cornell Students volunteering. By Thomas Hayes
‹ 1 ... 29 30 31 32 33 34 35 36 37 ›
WARNING: Javascript is currently disabled or is not available in your browser. GlobalGiving makes extensive use of Javascript and will not function properly with Javascript disabled. Please enable Javascript and refresh this page.