Tackling the Heart of Gender Discrimination 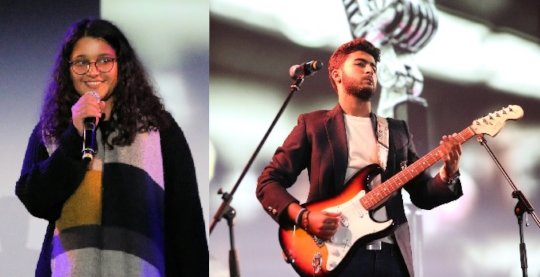 In February 2020, Equality Now held our third convening in the Middle East and North Africa (MENA) region—this time in Amman, Jordan, gathering 22 activists and experts from six countries, including Palestine, Jordan, two different regions of Iraq (Kurdistan and Baghdad), Kuwait, Bahrain, and Tunisia. The convening was organized in partnership with the Coalition of Women MPs (Members of Parliament) to Combat Violence against Women, headed by current Jordanian MP Wafa’a Bani Mustafa.

Similar to the convening held in Beirut in April 2019, participants agreed that family law is the major source of discrimination against women and girls, especially the concept of “male guardianship” over women and the related concept of “obedience,” which together deny women decision making in the family or any economic independence. Closely related to discrimination in family laws are laws to protect women from domestic violence (which fail, when they exist, to protect women from marital rape, which is not considered rape and thus not a crime), and in several countries (Iraq, Kuwait, and Bahrain) the continuation of “marry your rapist” laws, which allow rapists to escape prosecution if they marry their victims. Minister al-Ma’ayta (Jordan’s Minister of Political and Parliamentary Affairs, and President of the Ministerial Committee for Empowering Women) talked in his opening speech about “the problem of family law” and “the injustice incurred by women,” especially during divorce proceedings. He also mentioned that the campaign to reform family law in Jordan failed due to its highly sensitive nature, and the fact that many tribal and religious communities in the country were not on board with the reform project.

Despite decades of lobbying and activism, change has been slow to come. But participants also saw that it is possible. Judge Munia Ammar from Tunisia shared her experience about the successful path to reform in Tunisia which was kick started by President Bourguiba in the 1950s through his unique approach to nation building. Unlike the approach in other MENA countries, the first law to be reformed in Tunisia was family law, which liberated women from the domestic sphere, provided them with free education, and allowed them access to be productive in the public sphere. Judge Ammar’s recommendation based on the Tunisian experience was that legal reform of family law can be a major agent of societal change, since “we cannot wait until society changes its mind.” Participants also heard from MP Wafaa Bani Mustafa, whose intervention focused on success stories of legal reform and lessons learned regarding legal advocacy. She shared the details of Jordan’s successful campaign to repeal an article in the penal code that allowed rapists to escape conviction if they married their victim. One main reason for the success of this campaign was that it was conducted with approval from the Royal Commission as well as the direct support of a female minister who supported the lobbyists’ efforts from within the government. Bani Mustafa recommended that activists identify relevant stakeholders in Parliament or the government to partner with, and to put pressure on decision makers to amend discriminatory laws, because “legislation precedes culture.”

Despite the myriad challenges facing women activists and feminist NGOs in these countries, and the very slow pace of legal reform, participants were uplifted by the success stories shared and the solidarity among a broader group struggling together to end discrimination against women in the region.

We’re also excited to share that in November 2019, as a follow-up to their performance at the Tunisia convening in October, Linda (17) and Mohammed (18) participated in the Youth Mundus festival in Rome, Italy. This was the first year of this global music and short content festival centered around the United Nations’ Sustainable Development Goals, aimed at empowering young voices everywhere to come together and speak up for important social causes they believe in and that are affecting today's society. The performance in Rome allowed Mohammed and Linda to showcase their talent in front of an international audience for the first time, and to demonstrate to other youth activists from around the world their commitment, as Arab youth, to use art to spread awareness about the importance of gender equality. Linda and Mohamed were able to connect with their peers in a way that advanced their own activism while also countering Islamophobia and showcasing the vibrant youth activism that exists in the Middle East.

Two other youth activists from Lebanon were also able to showcase their work at the Youth Mundus Festival: Jamal Saleh and Josette Khalil from Megaphone alternative news media. Megaphone is a Beirut-based social media native platform founded in Lebanon in 2017 by young journalists, researchers, and designers. They are present onFacebook,Instagram,Twitter andYouTube, and have recently launched a website (currently still in Beta mode). They produce multimedia content aimed at unpacking and demystifying local political and economic news for younger audiences that are well-versed in digital media and feel alienated by the mainstream political discourse relayed by traditional media. Their formats include explainers, analysis and interview videos, web-documentaries, bite-sized cards, and written pieces. They counter the establishment's dominant narratives on the political, economic and social situation in Lebanon, and feature the voices of the unheard and marginalized groups (LGBTQIA+ community, refugees, migrant workers, etc.). They are a volunteer-led platform, politically and financially independent from political entities. Within a week of the start of the October 2019 uprising in Lebanon, the Facebook page and video views of Megaphone reached over 1 million people, and the page’s likes have jumped from 20,000 on 16 October to 52,900 today.

These four were the only Arab youth to participate in the Festival. 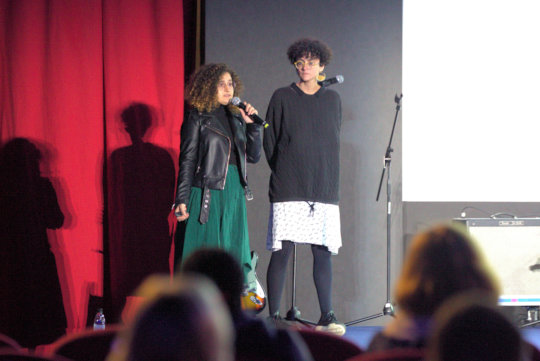 Jamal and Josette of Megaphone at Youth Mundus 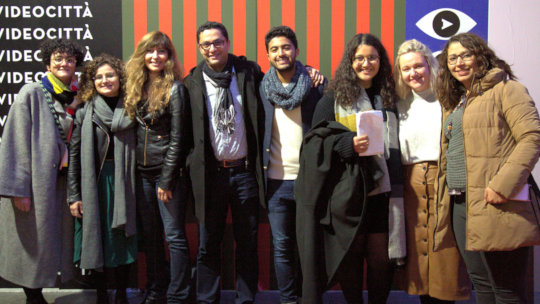 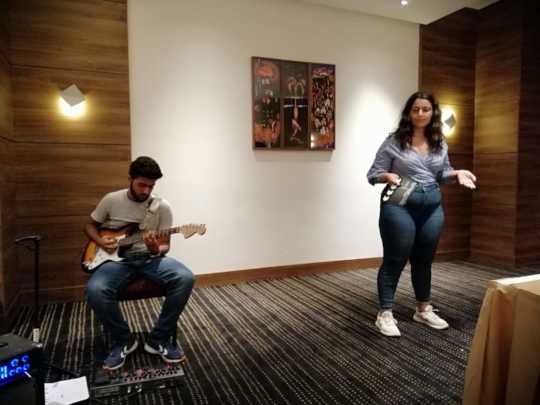 an original performance by ADO+

In October 2019, Equality Now held our second convening in the Middle East and North Africa (MENA) region—this time in Tunisia, bringing together 18 activists from 6 countries (including Algeria, Egypt, Libya, Mauritania, Morocco and Tunisia). One of the most important outcomes of the convening was an increased understanding among participants that there must be collaboration between secular and religious feminists. Traditionally, secular feminists have been adamant about using an exclusively human rights discourse in their fight for gender equality, and have been against the use of religious discourse in the struggle for gender equality. On the other hand are the Islamic feminists that believe that change can only happen if they engage religious authorities from within, using a progressive reading of the Quran in order to affect change.

The time dedicated to discussing how to move the agenda forward in North Africa, as well as the caliber of the participants themselves (including constitutional judges, cassation lawyers, a former member of Parliament and a former minister), allowed women from both groups to listen better to each other and to realize the value of joining forces strategically in order to achieve gender equality. The secular feminists were able to appreciate that the Islamic feminists were (re)interpreting religion in a way that was entirely in sync with the universal understanding of human rights that they adopt, and walked away with the realization that they can now count on the help of Islamic feminists who have the ability to talk to religious populations in a language that they relate to. Indeed, many participants expressed their great satisfaction with the constructive exchange that took place and the possibility for feminists from both sides to join forces in order to achieve better results.

During the Tunisia convening, teen activists from ADO+ (Linda 17, and Mohammed 18, who had attended our first convening in Beirut in April) performed an original play they had written collaboratively with other teen activists from Tunisia about their own experiences with gender inequality at home, and sang an original song about the importance of speaking up against gender inequality. The performance was greatly appreciated by the older generation of activists, who agreed that more youth should be engaged in the movement to advance gender equality in the MENA region. 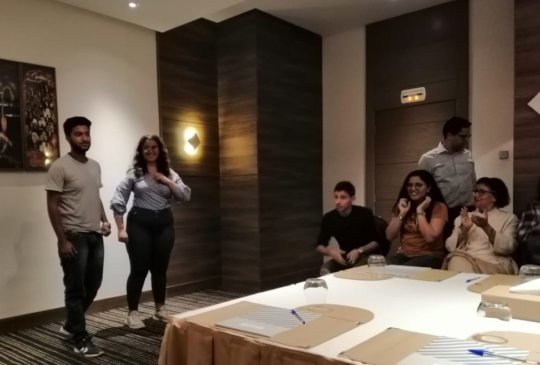 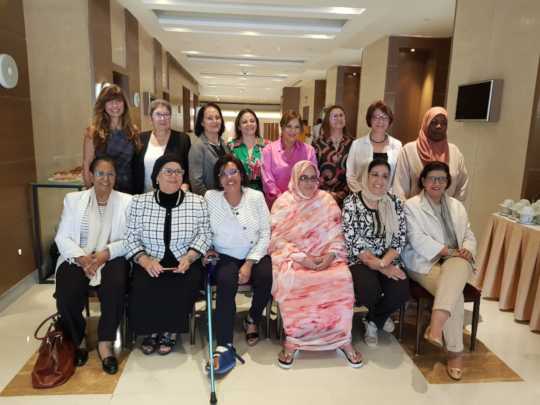 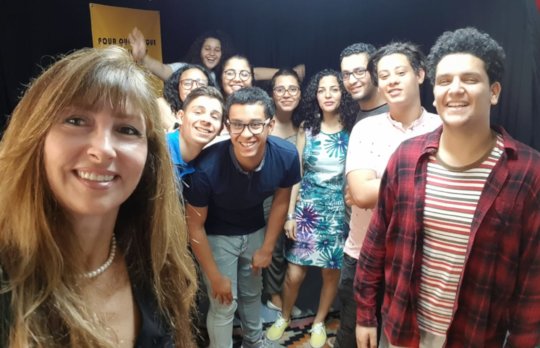 Equality Now and ADO+ in Tunisia

Following our regional convening in April 2019, Equality Now is continuing to work with the youth activists who participated in these meetings, to support and amplify their activism. For many of these youth participants, our convening was the first opportunity they’ve had to engage with their peers at a regional level, where previously they only had access to very local organizations and activists. Building on the success of that experience, we are facilitating the involvement of several youth groups from  MENA in the Youth Mundus Festival. This brand new, environmentally conscious music and film festival initiative is designed for and by the world’s youth, and across a span of four days in Rome, Italy (November 14-17, 2019) will bring together youth activists on a diverse range of issues. On the last day of the festival, Equality Now will host a session specifically dedicated to youth and gender activism. This will be an opportunity to not only provide access for MENA youth activists to engage with their global peers and connect with an international audience and community, but will also showcase the vibrant youth activist culture in the MENA region that many are likely unaware of. (To our knowledge, the participants we have recommended are the only activists attending the festival from this region.)

In the preceding months, we will work with these groups to develop the content to be presented at the festival. In June, Equality Now staff traveled to Tunisia to spend time with ADO+, a civil society organization that develops youth activism through theater. They are collecting stories from their community to develop a performative art piece about gender discrimination in MENA to be performed at the festival. We are also hoping to engage a participant from Megaphone, an all-volunteer initiative in Lebanon that monitors the media, creating and posting short videos on social media that highlight racist and sexist statements by politicians and others in power, exposing their hypocrisy to the public. As we learned at our April convening, young people in MENA bring a strong intersectional perspective to their activism that takes into account multiple, overlapping factors of discrimination that befall women in the MENA region—factors such as religion, class, ethnicity, sexuality and bodily integrity and autonomy, and sexual orientation. We see this exemplified in the range of issues Megaphone covers, including gender equality, immigration, domestic workers, LGBTQ rights, and the environment. This intersectional approach to gender activism is essential if gender equality and inclusivity are truly to be achieved across the region. 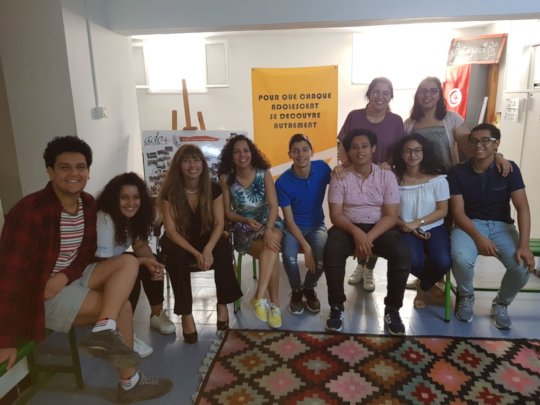 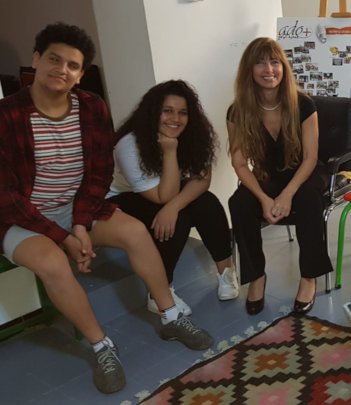 1 2 3 ›
WARNING: Javascript is currently disabled or is not available in your browser. GlobalGiving makes extensive use of Javascript and will not function properly with Javascript disabled. Please enable Javascript and refresh this page.