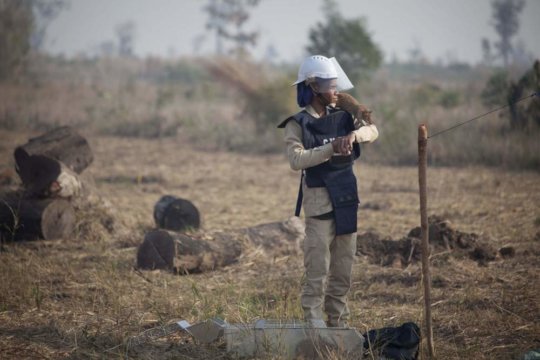 It's time for your HeroRAT update!

Ratticus Finch continues to do well in the field with some great numbers for March 2018.

In the month of March 2018, Ratticus Finch cleared a whopping 3280 square meters of land in 19 days. Working a total of 493 minutes across the month, Ratticus Finch found 3 anti-personnel mines and 2 items of unexploded ordnance.

In her down time, Ratticus received a HeroRAT health check by one of our specialist team members in addition to a favourite treat - banana!

Thanks to the incredible work by Ratticus Finch, we were able to hand back more land to local communities. We're also able to continue to protect the lives of local inhabitants, people like Lann, a former soldier who lost part of his leg to an unexploded mine.

"I am Lann and I am a farmer at Khnar Phtuol, near Siem Reap. Twenty-five years ago I was a soldier defending our village against the Khmer Rouge. One day whilst on patrol I stood on a landmine that the Khmer Rouge had laid. I heard a loud crack and I fell over, then my comrades were shouting and screaming above me before I blacked out. I woke up in the hospital to find that I had lost my lower right leg. I was devastated.

For some years I was recovering. Not just physically but mentally. To lose a leg is no easy thing, especially when you need to be strong and physical for a living. Worse, the landmines were still lying hidden around my home and the fields of the community. We were terrified.

Eventually I met my wife and started a family, and they gave me something to work for. I learned better how to cope with only one leg, and a local charity gave me good crutches. I was able to farm well; I could plant rice, cut wood, and harvest the crops. But the landmines were still there, and my kids were growing up. They began helping with work, and playing in the fields. We knew the dangers but what could we do? We had to survive. Accidents happened. A child in our community lost an eye when he found an old bullet and began to polish it and it exploded. And we lost many of our precious cows and goats to landmines.

"Then we heard about an organization called The Cambodian Mine Action Center (CMAC) who were clearing away the landmines and slowly working their way towards us. We were so happy about this and couldn’t wait for them to arrive. To our surprise, they turned up with a team of rats that they said would help find the landmines for them so they could get the mines out of the ground and destroy them. They said they were called ‘HeroRats’ and they were trained by their partner APOPO.

Those rats scuttled about, sniffing here and there, and then they would stop, smell the air, and then scratch the ground. That means they found a landmine! CMAC said that the rats were fast and had really speeded up their work. So together CMAC and APOPO had helped many communities. Less than two weeks later, our fields were free of landmines. Our kids were safe, our fields full of growing crops. We need to give all our thanks to CMAC, APOPO and those speedy HeroRATs!"

Thank you for your incredible support for work and keep an eye out for future updates about Ratticus Finch! 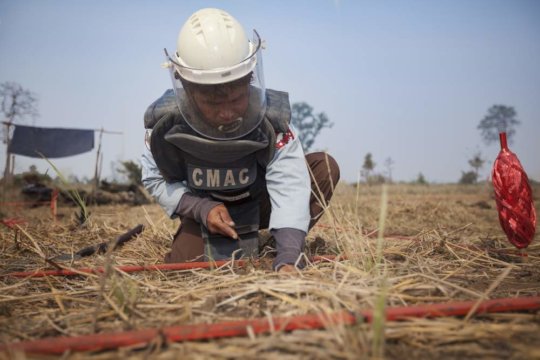 Inspecting a mine found by Ratticus Finch. 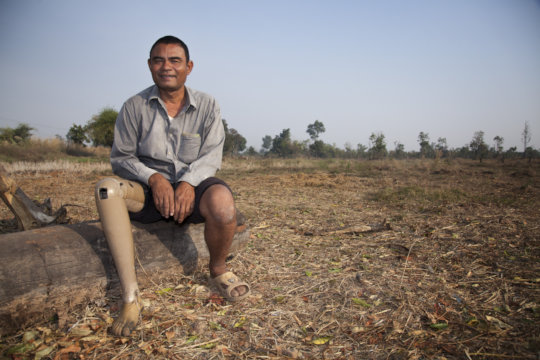 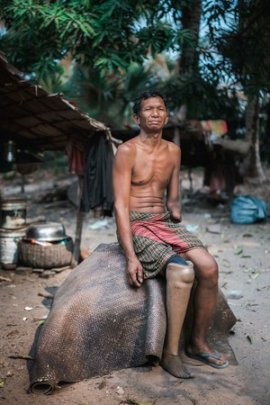 Every day, thousands of deminers around the world risk their lives when clearing landmines in an effort to help the communities who live in terror of these insidious, hidden weapons. For deminers, International Landmine Awareness Day is just a regular day, no different to any other day on the minefield. For APOPO, this day is an opportunity to highlight their courage, to raise awareness of the landmine issue, and to celebrate what has so far been achieved, whilst keeping in context the hard work that remains to be done. The focus this year for landmine awareness day is on protection, peace and development.

Protection
Despite mine action efforts around the world, people are regularly killed and maimed from landmines and other leftover explosives. Children are at risk by playing near their houses or travelling op school, their parents overcome terror every day to work their land and provide for their family. Mine Action is about protecting people and their livelihoods from weapons that were laid for reasons that had mostly nothing to do with them in the first place. Yet, it is the local communities who now bear the brunt of these forgotten, hidden killers.

APOPO, through its mine detection rats, is committed to clearing landmines and releasing land at an accelerated pace, helping to protecting more people and ensuring that children can grow up in a safe environment. Yet the need for protection against landmines is not unique to humans. Mines are also found in isolated areas where endangered wildlife roams, such as along the border between South West Zimbabwe and Mozambique. APOPO’s program there is located in a wildlife corridor and designated conservation area, and aims to protect elephants lion and other animals as they move from one protected area to another.

Peace building
The road to peace is shorter when there is hope for improvement and normalisation of life. Clearing mines is an integrated element of building lasting peace and stability after war by returning safe, productive land to communities who for decades have been crammed together on land whose agricultural fertility steadily deteriorates with over-farming, whilst space for development and expansion is unavailable.

Preconditions for peace also require peace building initiatives, including safe movement of peacekeepers and aid workers, along with distribution of humanitarian aid. The presence of landmines can severely inhibit these efforts leaving communities even isolated and sometimes lawless.

Development
The presence of landmines and ERW will always impede development in one way or another, yet the full implications of landmine contamination on a country are often little known, poorly understood, badly documented and wholly underrated. Rural communities may be prevented from cultivation of land and herding their livestock, thus triggering reliance of humanitarian aid. Development initiatives themselves are often hemmed in and hampered, preventing sustainable development and prolonging dependency of such aid. Rehabilitation of infrastructure can be similarly restricted, preventing economic growth and provision of basic services.

Clearing the landmines allows settlement into new areas in contrast to prolonged urbanisation because of war. Angola is an example of a country where migration of people from excess urbanised areas into rural areas is hampered because of landmines.

What we can do
The Anti-personnel Mine Ban Convention (APMBC) has adapted the goal to “accomplish all outstanding obligations under the Convention, to the fullest extent possible, by 2025”. This is for the most part achievable if states, donors and mine action organisations give it the priority it deserves and continue with current or probably higher levels of funding. APOPO has for 20 years developed and improved the use of animals for landmine detection. Our efforts ensure more expedient protection of civilians and animals and support peace building and development in mine affected areas. Integrated Mine Detection Rats teams can triple the overall efficiency of a land release process compared manual mine clearance used alone. Through partnership with other mine action organisations, we can ensure a much wider deployment of rats into more mine affected countries.

Our goal is to help vulnerable groups in mine affected countries. We have been successful in doing this in Mozambique, Angola and Cambodia and we strive to expand our efforts into Zimbabwe and Colombia. We have also deployed animals in South Sudan and with partners, we could further expand into more mine affected countries and territories. The International Mine Action day is also the occasion to honour field staff of APOPO and all other mine action organisations who daily risk their lives to achieve our shared goal. The work of these people may not be easily noticed but is greatly appreciated. 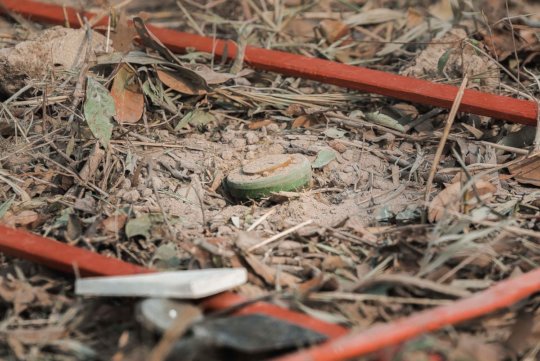 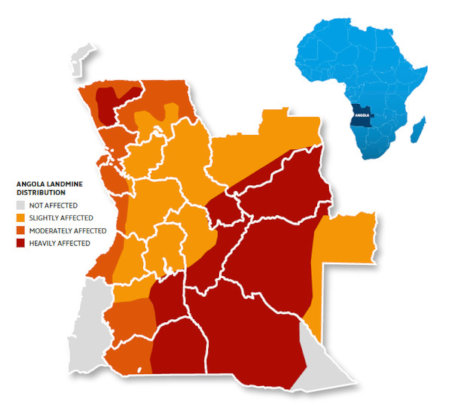 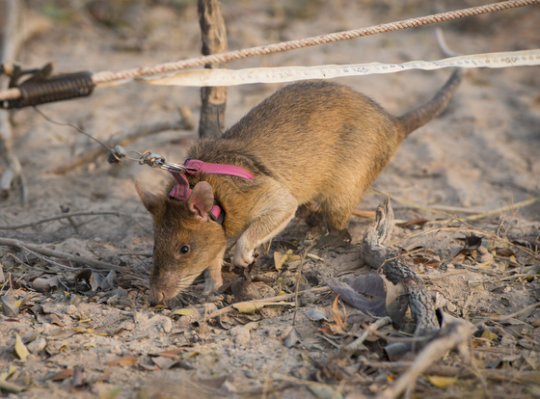 FINDING LEADERS FOR A TB-FREE WORLD

Benny is now free of TB thanks to APOPO.

Themed “Wanted: Leaders for a TB-free World”, a 'TB leader', according to the Stop TB Partnership, is a head of state, minister, mayor, governor, parliamentarian or community leader.

At APOPO, in our 20-year history and one-and-half decades of TB research, we have encountered many of these formidable TB leaders who have contributed to the cause through ideas, vision, hands-on support, collaboration and financial assistance to embark on something new: to train rats to detect TB.

APOPO’s operational headquarters and first TB research site began in 2002 in Tanzania, supported by the Sokoine University of Agriculture. Research in Mozambique (since 2013) and Ethiopia (2018) has followed. These three countries have a common cause in that they face a high TB burden with approximately half of their nationwide TB patients remaining undetected. These ‘missed’ TB positive patients often include the most vulnerable, and those without proper access to care. Left untreated TB patients can pass on the pathogen to others, and up to two thirds of TB patients will eventually die.

APOPO is conducting on-going research into developing and deploying TB detection rats as a diagnostic tool. In brief, human sputum samples are collected from partner DOTS clinics that have already tested them for TB using locally available sputum smear microscopy, which has a limited sensitivity. Rats re-test these (heat-inactivated) samples and make additional positive indications that are then rechecked using WHO endorsed confirmation tests such as LED fluorescence microscopy. Confirmed TB-positive results are conveyed to clinics that orchestrate patient treatment. This research approach raises our partner clinic detection rates by 40%.

The action does not end here. We are engaging in partnerships with community health workers – often former TB patients who have decided to join patient organizations and take a lead – guiding newly diagnosed TB patients and linking them to care. The sample evaluation by rats also feeds into basic research on scent detection and on biomarkers, i.e. what the rats actually smell. The research on the rats may lead and guide the development and refinement of synthetic diagnostic devices, such as e-noses.

That this innovation roots in Tanzania is not by coincidence; the United Republic of Tanzania is a TB leader itself. It is in Tanzania where the first national, nationwide tuberculosis program was founded - the NTLP (Tanzanian National Tuberculosis and Leprosy Programme) - and it was here, where the shorter, supervised anti-TB treatment has been trialled in the hope of achieving higher cure rates. Tanzania’s research and experience would later feed into the new control strategy of the WHO.

We all can be TB leaders through our efforts to end TB in our own work or terrain. This can be as easy as spreading the word that TB still exists, kills, and is a major issue in economically challenged countries. As Lucica Ditiu, the Executive Director of Stop TB Partnership states: “We owe [it] to us and future generations […]. We must end TB!”

APOPO thanks health authorities across the countries in which it works for their continued support, in addition to funding partners. 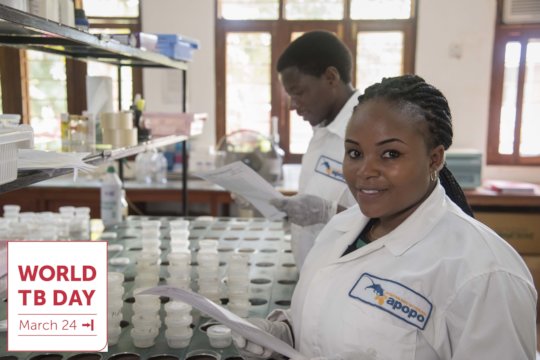 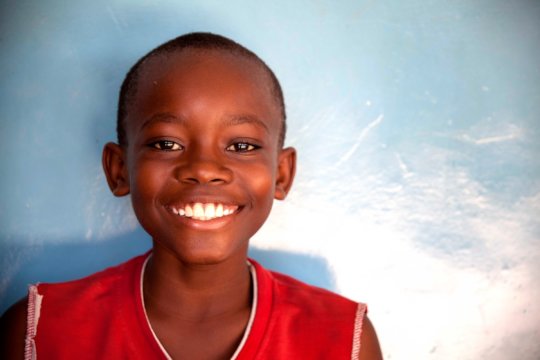 Benny is now free of TB thanks to APOPO. 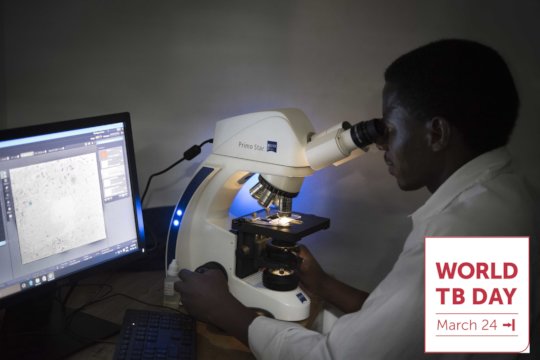 Confirming rat-identified TB positive samples.
‹ 1 ... 7 8 9 10 11 12 13 14 ... 39 ›
WARNING: Javascript is currently disabled or is not available in your browser. GlobalGiving makes extensive use of Javascript and will not function properly with Javascript disabled. Please enable Javascript and refresh this page.