1,020 trees planted, thanks to your support. 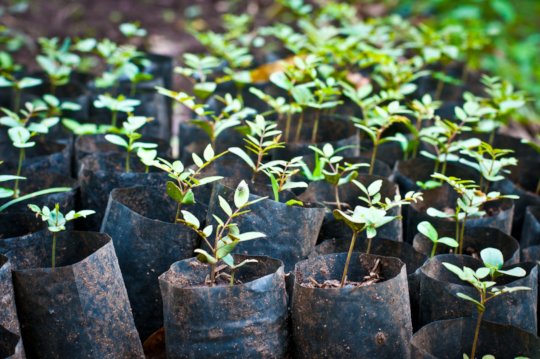 Welcome to your quarterly project update - it's our pleasure to bring you the following information directly from the field:

The following species were planted:

The number of farmers who received training:

The training provided to these farmers covered the collection of more indigenous seeds and seedlings, plucking them out into polythene bags or planting them directly into the field. Training also covered the testing of indigenous species purchased from farmers at Bustani ya Tushikamane in open nurseries, in addition to the transplantation of seedlings and the establishment of new seedlings.

Plans for the next quarter:

- Identification of more indigenous seeds or seedlings to establish in nurseries.

- Measuring the size of farmers' plots using GPS and an evaluation of their progress.

- Development of a new carbon curriculum.

- Establishment of new spice and fruit tree seedlings with farmers from Choma.

- Plucking out indigenous seedlings following testing in the open nursery in Bustani ya Tushikamane.

To you, a huge thank you:

With your support this scheme has motivated farmers from all 5 areas to plant an incredible number of trees, safeguarding the forests of the Uluguru mountains. Your continued support for this project will help us continue in our efforts to reduce greenhouse gases, in addition to reducing poverty for local farmers, ensuring greater economic security. 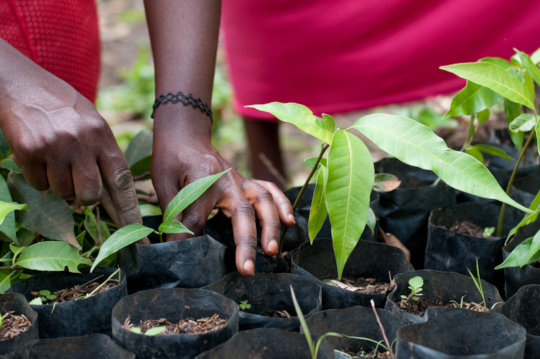 Transplantation is a delicate process. 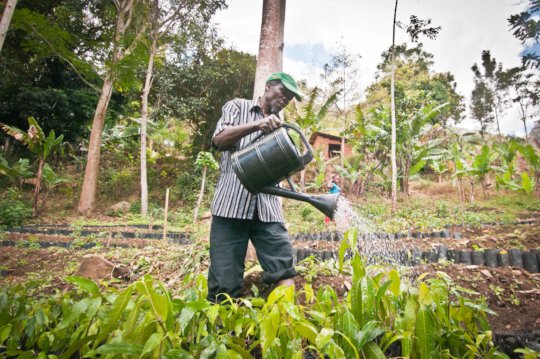 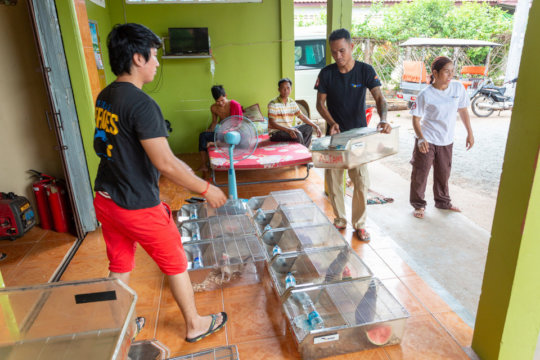 Another busy quarter has passed us by and we're delighted to bring you the following update.

This quarter was an exciting time as we celebrated not only International Landmine Awareness Day but also the accreditation of 9 new Mine Detection Rats for Cambodia. The rats arrived from Tanzania at the end of April and were warmly welcomed by the Cambodian team.

The HeroRATs went through an intensive 6-week acclimatization and training period. This involved getting used to new sights, sounds and smells as well as getting to know their new Cambodian handlers and vice versa.

On June 12th-13th APOPO hosted representatives from the Cambodian Mine Action Centre (CMAC) Headquarters, our long-term implementation partner in Cambodia, for external double-blind testing of the freshly trained and newly imported MDR. The two days of testing were held on a test minefield prepared by the CMAC representatives.

The accreditation is “double-blind” because both rats and the handlers are unaware of where the targets are buried, which are known only to the representatives who had them marked on a map. Each of the rats had to search a box of 200 square metres, and all of them correctly indicated the targets within a one-meter radius, with not a single one missed. This reflects the high level of mine detection skill of the MDR and their handlers as well as the quality of the breeding and training at APOPO’s Headquarters and training centre in Morogoro, Tanzania.

In March we celebrated World Tuberculosis Day with a theme of 'It's Time'.

We took a moment to consider how APOPO researches TB detection rats which are incredibly fast: one rat can screen 100 samples in just 20 minutes. We use our rapid rats as a “failsafe” – re-evaluating human sputum samples delivered from partner clinics. A sample indicated positive by a rat undergoes confirmation testing with internationally approved tests before the result is returned to the clinic. This approach helps to increase TB case detection by about 40%.

We also considered our other activities which are also very much centred around speeding things up: our motorbike sample referral systems in Dar es Salaam, Maputo and Addis Ababa, our rapid testing and result turnaround within 24 hours and prompt action to make sure newly diagnosed patients get on with their TB treatment immediately. Beyond that, a new study has started to find out whether our TB detection rats can identify TB earlier than conventional methods.

As always, it's with your incredible, ongoing support that we and our HeroRATs are able to continue in their missions. Your support allows us to look to the future and develop new humanitarian applications for the rats’ powerful sense of smell.

With the future in mind, Global Giving's July 18th Bonus Day is fast approaching and we'll be participating - we hope you can too.

On 18th July ONLY Global Giving will be matching donations from $100 to $1,000 whilst $130,000 in matching funds remain. The higher your donation, the higher the match!

We'll also be participating in Global Giving's August Little by Little campaign from 12th to 16th August and where smaller donations up to $50 will be matched at 50% and higher. More on that to follow!

From all of us here at APOPO - thank you for your support. 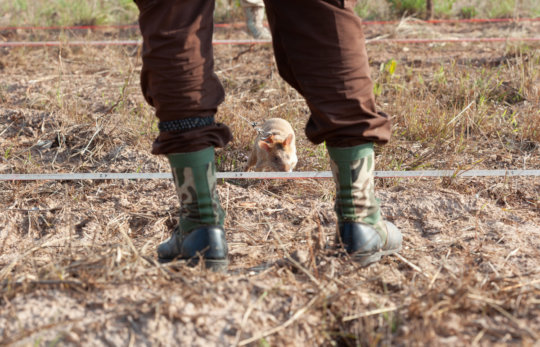 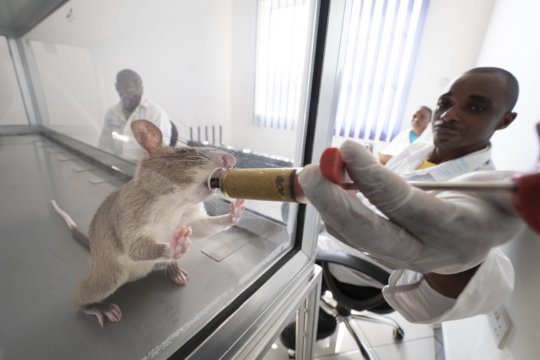 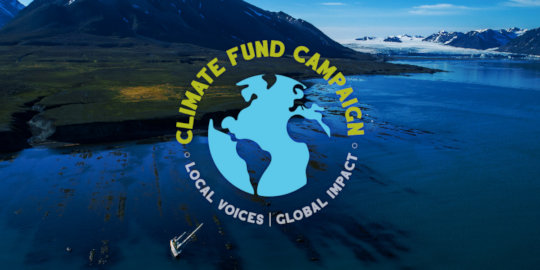 Another busy quarter has passed and with your support. Due to heavy rainfall, our farmers were unable to plant any new trees in January, February and March, however, the rains allowed vital time to focus on the preparation of seedlings. The local farmers we work with were able to prepare some 400 Pinus, 100 Mizambarau Pori, 100 Simbaulanga, and 500 Acacia seedlings. The first quarter of this year also included the collection of new seeds, and plucking out in polythene bags, in addition to the propagation of fruit seedlings from grafts in Choma and Kisosa.

We provided training for 90 farmers on the correct way to plant and care for young trees - their training focussed on agroforestry as part of a newly established carbon module. The farmers in attendance were from five differing villages (Ruvuma, Mgambazi, Tulo, Choma, and Kisosa) meaning they were able to disseminate their learning and skills within their local communities furthering the impact of this valuable project.

Your support for this project enables us to further work towards reduced greenhouse gases through the planting of even more trees and the conservation of tropical forests. In addition, your valuable donations work towards food security, poverty reduction, and the socio-economic development of participating farmers and communities.

With your continued support, we'll be able to reach our goal of planting 21,750 trees and educating 145 farmers and you can make your donation go further from TODAY until 29th April where there are $50,000 in matching funds available - that means we'll receive your donation + 100% more at no extra cost to you.

Thank you so much on behalf of APOPO and Sustainable Agriculture Tanzania for all of your support. 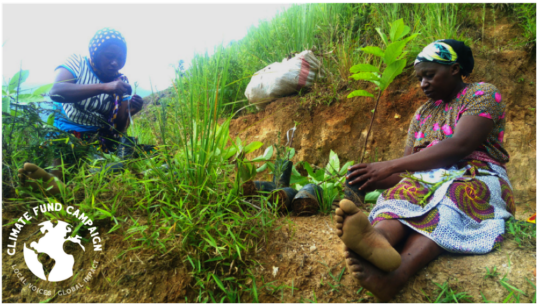 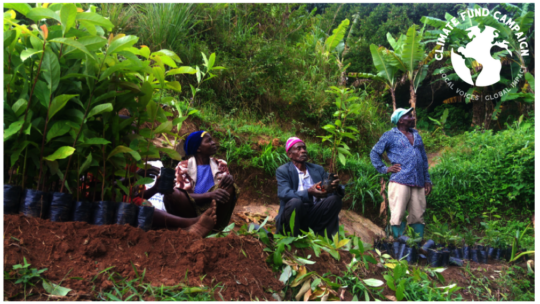 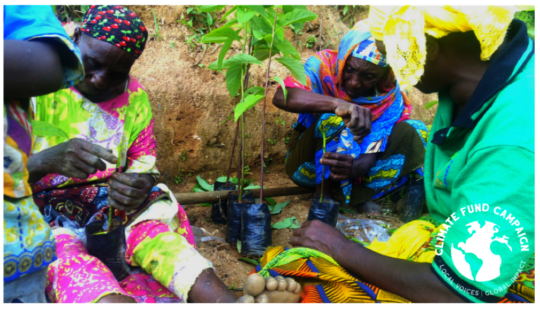 ‹ 1 2 3 4 5 6 7 8 9 ... 40 ›
WARNING: Javascript is currently disabled or is not available in your browser. GlobalGiving makes extensive use of Javascript and will not function properly with Javascript disabled. Please enable Javascript and refresh this page.