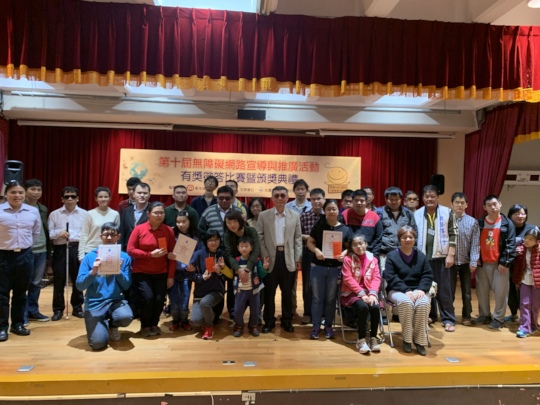 This year we celebrate that TDTB has established 15th anniversary. Reviewing on these years, we helped over 500 visually impaired people to face their dilemma and how to rehab their lives including computer training with NVDA, mental counseling, life sharing on overcoming visual disabilities, etc. In addition, we have assisted over 50 visually impaired people to get jobs.  We are glad to see the changes our clients have made because of our services.

We are now celebrating Chinese Lunar New Year, we would like to say “Kung Hei Fat Choi” and to express our appreciation to all people who supported TDTB in the past 15 years.

From mid November 2018 to the end of January this year, major activities/events in this Association are listed as followed: 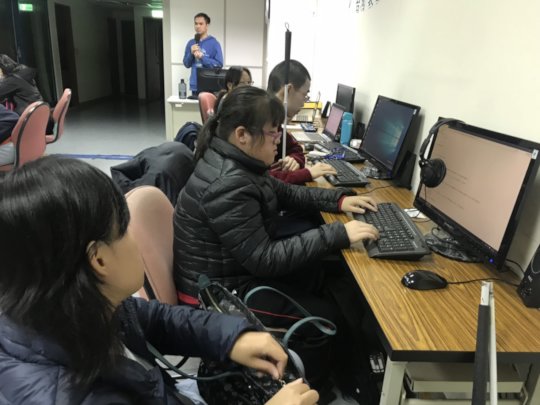 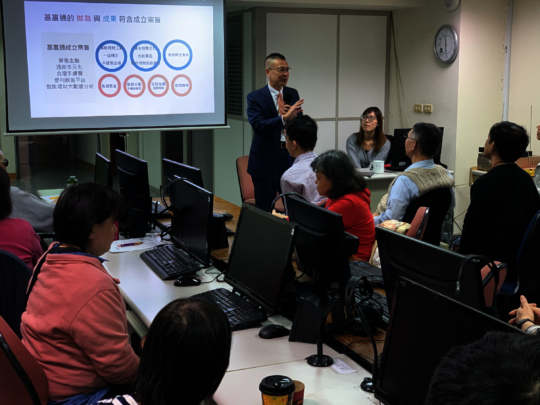 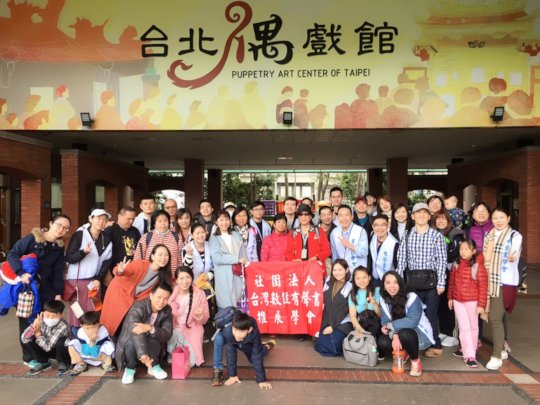 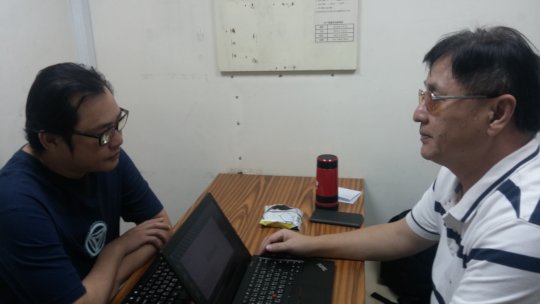 For people living in Taiwan, autumn is the most pleasant season in the whole year. Sunny, cloudless, and cool... In addition to regular rehabilitation training, the TDTB also took this weather advantage to visit some beautiful spots in Taipei with our visually impaired friends.

From September to mid-November 2018, major activities/events in this Association are listed as followed: 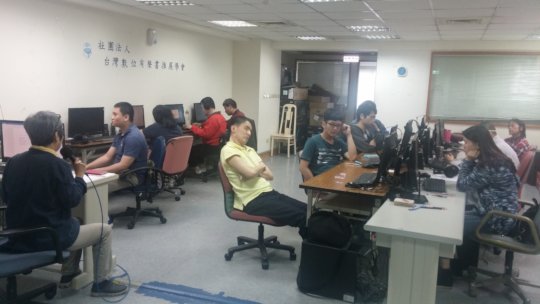 The TDTB vocational training in 2018 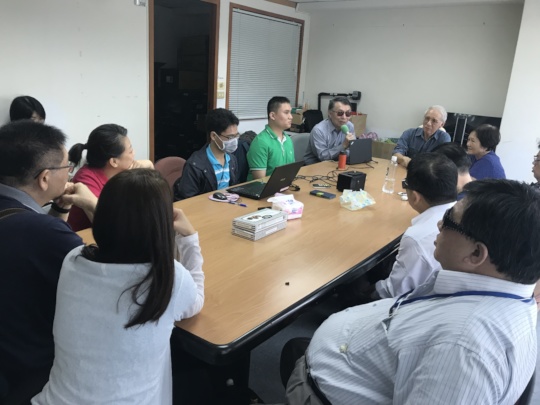 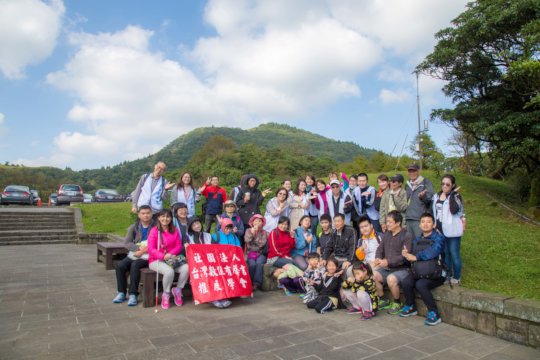 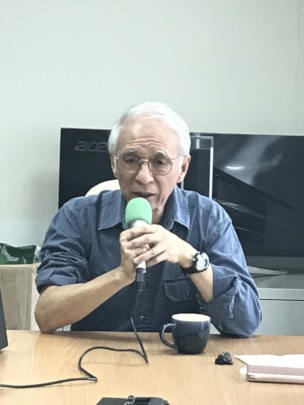 Dr. Pan shares his experience in the gathering

Volunteers and our visually impaired friends

By JanLi Wang - President of the TDTB 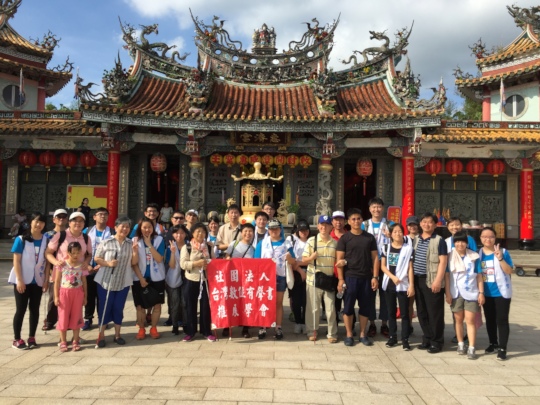 Traveled in the Taipei city

September is about to come, but temperature in Taipei is still high. The heat and thundershowers in the afternoon are parts of our daily life. For people with visual impairment, it’s inconvenient to travel to the TDTB and attend rehabilitation courses, especially under such weather condition. But they simply refuse to take weather conditions as excuses.

From June to August 2018, major activities/events in this Association are listed as followed: 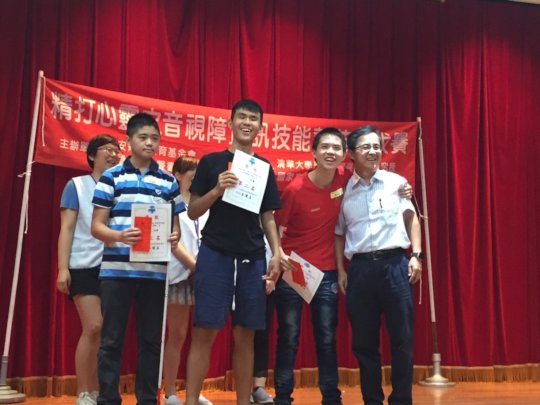 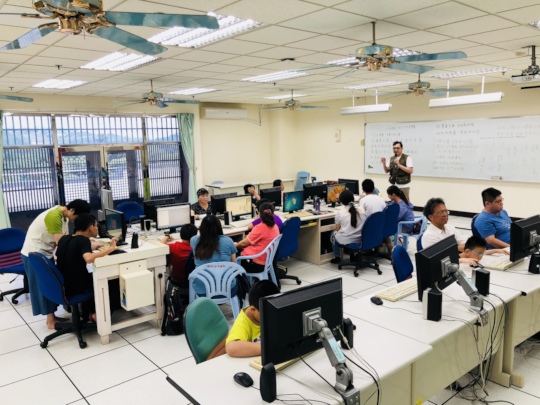 Computer courses in the TDTB 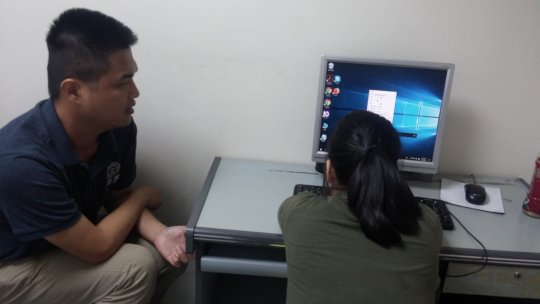