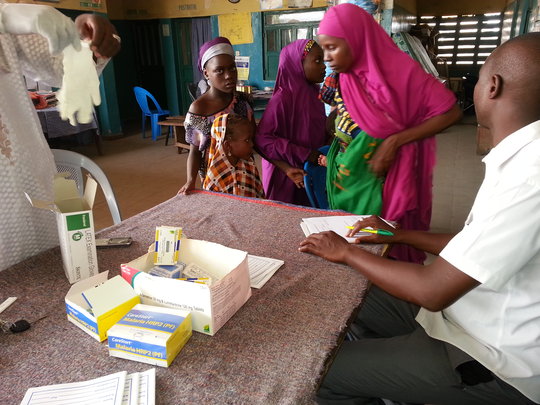 As the rainy season approaches, the period when malaria transmission is highest, the project has stepped up awareness creation and sensitization of individuals and families on simple environmental engineering and behaviour modifications that can help them eliminate malaria vector (female anopheles mosquitoes) breeding sites in and around their homes. Families especially pregnant women were also educated on the importance of sleeping inside insecticide treated nets and on the need to receive Intermittent malaria Prophylaxis Treatment (IPT), to protect their unborn babies against malaria. We also continue to support health facilities in the use of malaria Rapid Diagnostic kits for proper diagnosis of malaria so that appropriate treatment can be instituted in a timely manner. Also during outreach activities, PSJ’s malaria team continued to emphasize and educate families especially mothers on how to recognize early symptoms and signs of malaria and on the need for sick children to receive prompt medical attention. This is particularly important because most of the deaths due to malaria among the under-5 children is due to delays in instituting treatment for such children.
Within this reporting period, we conducted outreaches in Agwara, Magama and Kashin communities. The project reached 530 pregnant mothers and 865 children under-5 with targeted prophylaxis, treatment and/ or insecticide treated nets.

Our malaria team also continued to focus on both health facility and school-based malaria education sessions for pregnant women (during antenatal sessions) and children in the rural communities we serve. Children who participated in these health education sessions now serve as messengers, taking what they have learnt to their various homes. One of the testimonials is that of a 6year old pupil, Hadiza, who took the malaria prevention message she learnt when our malaria team visited her school home, and succeeded in persuading her expectant mother to go to the clinic for antenatal care so she (mother) can benefit from IPT (malaria prevention treatment given to pregnant women at intervals). She also pleaded with her father to clear the vegetation in their house and remove all containers that could serve as mosquito breeding ground around their home.

Finally, we express our profound gratitude to all our individual donors who support the work we do, most of whom have donated over and over again to this project. We are also especially grateful to our corporate donors such as Wellspring Advisors for the massive donation to this project. Thank you for supporting the work we do. Your support to our work is our biggest strength. On behalf of the communities we serve, we say thank you for all your donations. 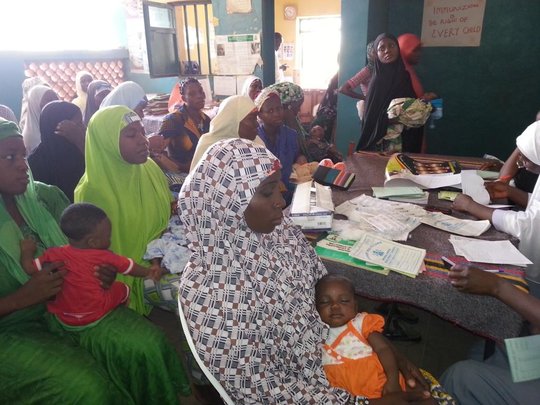 Updates from the field: Your donations saved Malik's life 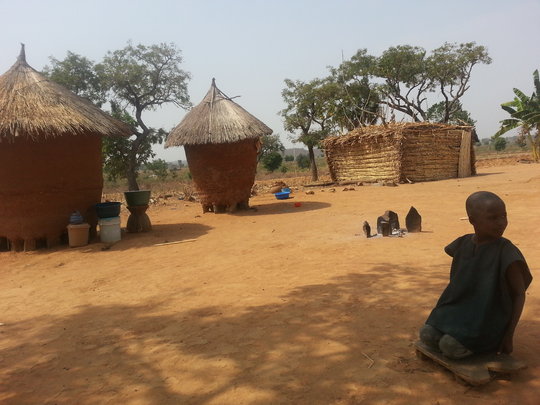 For this end-of-year update, we bring you the story of how your donations saved the life of Malik, a six year old boy (see attached picture) who lives with his parents in one of the scattered remote settlements around Faje village. Our team was moved by the resilience of Malik’s mother who hoped against all odds when Malik was attacked by malaria. Residing in a remote settlement where no health facility or trained health personnel exists, Malik’s mother had resigned the situation of her child to fate when he came down with malaria. Fortunately for her, this period coincided with the scheduled period of our mobile clinic team’s outreach visit to Faje. Hope came in the horizon as soon as a neighbor announced to her that the Mobile Clinic Team had arrived Faje, the village neighboring her settlement. However, by the time she brought Malik to the Mobile clinic post beside the village head’s palace, the line of waiting patients had swelled with hundreds of women and their babies already lined to be attended to by the consulting physician who led the Mobile Clinic Team.

Rather than despair or turn back, Malik’s mother persevered and quietly stood on the queue for over three hours. When it finally reached her turn to present her child to the consulting physician, she narrated her ordeal, and told the doctor that Malik had been running high fever with occasional vomiting for five days before presentation, and was slowly slipping away as his health condition continued to deteriorate day after day since the illness began. Unfortunately she and her husband could not afford to take them to the nearest rural hospital facility in the township due to lack of routine transport services to convey Malik, as well as the anticipated unaffordable medical bill if they succeeded in making the trip.

After medical consultations and laboratory test using a rapid diagnostic kit, Malik was diagnosed of acute malaria with associated anemia (reduction in red blood level due to breakdown of red blood cells probably due to delay in treatment). He was placed on Artesunate Combination Therapy (ACT) at no cost to his parents. Five days later, young Malik made a full recovery. Malik’s parents were full of praise and gratitude to all those who donated and supported the malaria clinic outreach; for providing life-saving health services to poor and vulnerable families like theirs right at their door-step.

Just like Malik’s parents, outreach after outreach, mother, fathers, parents and communities continue to express their profound gratitude and appreciation to you our donors for saving the lives of their children, for reaching out to them with your heartfelt donations that enables us continue to serve them. On behalf of these families and communities, we express our deepest appreciation you our donors, for your enormous financial support and donations, which for most part has been recurring; you have donated over and over again to this project.
This December, we reached and crossed the 16000th child with malaria treatment and 3000th nursing mother with Insecticide Treated Nets (ITN); thanks to your generous donations over these past years. That means about 16000 more children’s lives saved!

Just imagine how many more children would have died of malaria without your donation? 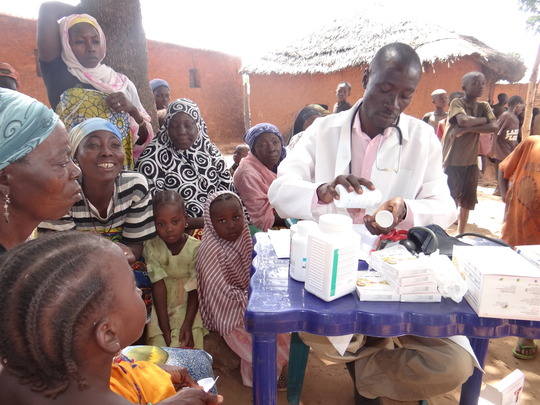 As the rains soak the grounds of rural Mashegu this period between July and September, PSJ's team of a community physician, a nurse and two community health extension workers, also continue to hit the ground to lead the fight against malaria in rural communities of Mashegu; with malaria clinic outreach activities conducted in rural Kwati, Faje and Makera villages during this period of peak rainy season in rural Mashegu, and this year 2014 was certainly not an exception. The rains have been especially very intense in the past one month, with the resultant increase in the malaria vector breeding sites that inevitably leads to more malaria cases among children and pregnant mothers. That is why our team focused outreach activities in these three rural communities struggling with inadequate health care resources in rural Mashegu.

During the outreach, our medical team offered pregnant mothers malaria prophylaxis and treatment. 450 villagers received malaria prevention education, including environmental sanitation and the importance of sleeping under an insecticide treated net. With the assistance of the new Rapid Diagnostic Test technology, our team was able test and treats 200 children and 110pregnant mothers for acute malaria.

On behalf of the communities we serve, we express our sincere gratitude to all our donors who made financial contributions to this project so far. We know some of you have donated over and over again to this project. Gradually, we are inching towards achieving our overall goal.

Thank you very much. Through your donation, we have offered life-saving malaria treatment to hundreds of children and pregnant women. Just imagine how many more children in rural Mashegu would have succumbed to the clutches of malaria without your donation?