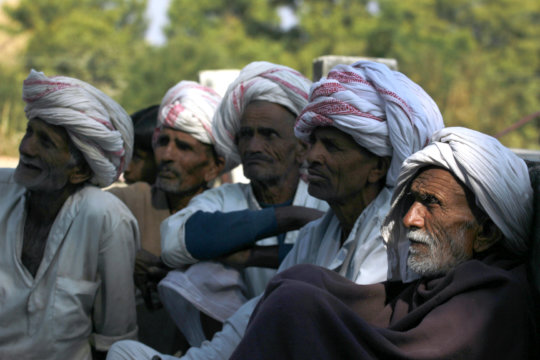 The government of India is working very hard to eradicate poverty and illiteracy from the country and in order to achieve this, the government has launched many schemes focusing on sustainable development of underprivileged.  Such schemes can be proved a milestone if executed properly. However, implementation of government schemes in a country with a population of around 1.37 billion is a cumbersome task. The lack of awareness, high illiteracy rates, poor governance and corruption leads to the failure of these schemes.

Kumbhalgarh, a world heritage site has been the focus area of Seva Mandir for the past 10 years and the bond between the two has brought an impact on many lives in the area. Seva Mandir provide trainings regularly explaining the government programs and schemes in simpler terms. The trainings demonstrate the economically backward communities about government policies, financial services such as cattle and crop insurance, loan, pension and remittances and the process for availing these policies. The process involves training on application form filling, submission of application in respective department, and regular follow-ups on the application status till the motive is achieved. Team Seva Mandir keeps the applicant involved in this entire process cycle so that they can become independent for similar future tasks.

The impact of these trainings in terms of numbers is incredible. Around 641 applications have been successfully linked with various government welfare schemes in last 6 months. The communities received assistance for many schemes like education at primary and higher levels, health and nutrition for all, insurance for crops production, cattle insurance cover, workplace death compensation etc. As a result, total earnings of Rs. 10,06,100 ($14,209) have been received by locals. This is a big achievement as the people were living in extreme conditions that too below the poverty line. The work of Seva Mandir has made people realize their rights and to take a stand for everything. Now the trained individuals from Seva Mandir have become key resources for the communities and they are encouraging the next generation as well. Apart from this, Seva Mandir keeps track of all latest schemes launched by the government of India and provide trainings accordingly.

We would like to thank you deeply for your continued support which has enabled us to keep supporting people in our villages.

A Farmer Living His Dreams... 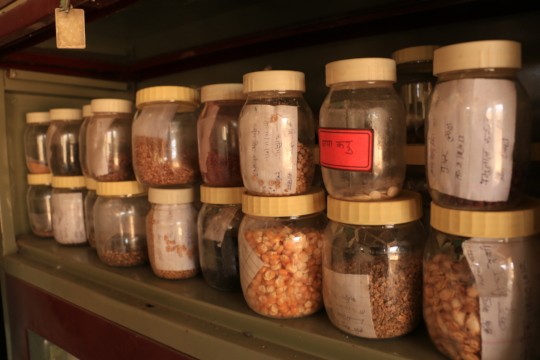 "They say you can't make a living from farming, but I say doing anything else isn't really living."

This is what our proud farmer trainee and father of 3 believes. Born and brought up in extreme poverty, Mohan (name changed) never received any formal education. All he knew since childhood is that he is a poor farmer - but he had an aim - he won't die poor; He will fight his own war and he is going to win it.

He kept working hard and waited for the right opportunity. His dream took flight when Seva Mandir started agricultural trainings in his village in 2015. These trainings provide good agricultural practicesto marginal farmers. Mohan started the training with full dedication and determination and he implemented these farming techniques with coriander cultivation and 4kgs of quality seeds were provided by Seva Mandir to the village for best outcomes.

2 months after sowing the seeds, Mohan made around 15 trips to the market to sell the produce and made Rs 63,000 ($885). The monetary costs he incurred in the process were the cost of transportation and labor for cutting the coriander leaves.

This coriander cultivation encouraged Mohan, and he chose cauliflower for the next crop cultivation. The cauliflower was also profitable and he made Rs 28,000 ($390) from a single harvest.

Today Mohan is successful and selling his crops at a very good profit margin. He even became the role model for other members of his community.

On behalf of Mohan and his family please accept our gratitude for this humanitarian work. It is because of you that people like Mohan have restored their faith in humanity.  You are an integral part of this journey in providing sustainable livelihoods to underprivileged people and we are proud to be associated with you.

Thank you once again for your support.

A Healthy Future for Urmila 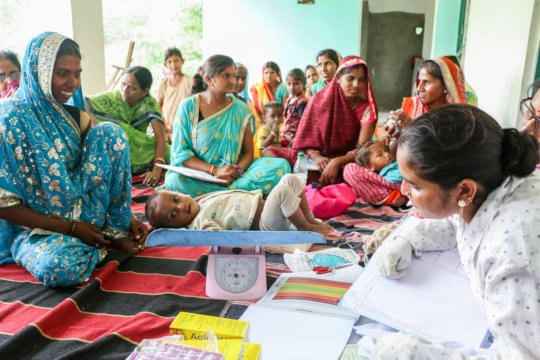 Seva Mandir has been working on the holistic development of rural and tribal communities living in poverty for more than 51 years.

Malnutrition is one of the biggest problems affecting children of 0-6 years in Udaipur district. In a survey conducted in 2019 in one area of Seva Mandir, 56% children were found underweight and 18% were wasted.

It is well known that malnutrition is a complex problem and caused due to several reasons, including improper feeding practices, lack of health and hygiene, poor health of mothers, and lack of nutritious food. Seva Mandir organizes community-based camps to provide Severe Acute Malnourished (SAM) children from highly-remote areas of Rajasthan with medical care and treatment.

Urmila, 4 years old, is a tribal girl living in a mud house with her family. Road connectivity to their village is very poor and there is no public health facility so people have to rely upon the Community Health Center at a far away town.

Even though Urmila is her parent’s only child, they live with 7 other family members in their small house. Her parent’s income is just Rs 6,000 ($85) a month. Her mother is illiterate and father had studied only up to 5th standard. Her mother is involved in household chores and father is a daily wage laborer.

Urmila was in the SAM category when she was first screened for her nutritional status as per the World Health Organization (WHO) growth standards in the first camp. At that time she was very weak. She was then given Ready-to-Use-Therapeutic Food (RUTF) and Medicines. Subsequently, she attended the follow up camp in which there was a little improvement in her weight and she was still in the SAM category. She was given medicines and RUTF again.

In total she was given 28 RUTF packets (14 at screening camp + 14 at follow up camp). She consumed all the RUTF packets and prescribed medicines. There are no side effects to RUTF and she also loves the taste of the food.

A visit to her house on the 17th of September was conducted to ascertain her current status. When checked for her height and weight exactly after three months from initial screening camp, she showed an increase in weight of around 1.8 Kgs (from 10.5 kg to 12.3 kg). Our staff did regular follow up of the child according to the protocol.

Now she is moved out of SAM category. Even the family members are happy to see their child healthy and playful.

Thank you for your support and for the confidence that you have placed in us. Urmila’s story and many others like her would not have been possible without the help of donors. Through further interventions we will see a reduction in cases of malnourishment in rural areas, along with increased awareness of early prevention. When children have recovered from malnutrition, their general health and happiness improves which in the long term will enable them to focus on their education. We run follow up systems, where Seva Mandir's community health workers will visit children who have benefited from the camps to ensure they have not relapsed into further malnourishment.

‹ 1 ... 5 6 7 8 9 10 11 12 ... 139 ›
WARNING: Javascript is currently disabled or is not available in your browser. GlobalGiving makes extensive use of Javascript and will not function properly with Javascript disabled. Please enable Javascript and refresh this page.