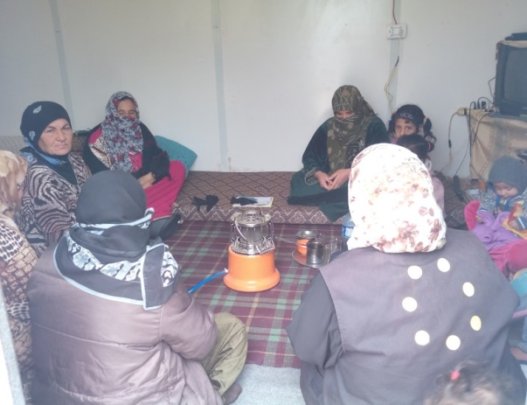 A group session with female refugees

In this report, one of JEN staff reports about a recycling project in the Za’atari Refugee Camp.

I am in charge of the recycling project in the Za’atari Refugee Camp.

Recycling has various advantages and we anticipate the following results from our efforts. Especially, the creation of new revenue opportunities for both male and, female refugees over a broad age ranges.

This project was launched on a trial basis in one of the 12 districts in the camp by an international NGO in the summer of 2015. The initiative was then introduced to all districts by November 2016. JEN is responsible for the recycling project in Districts 3, 4 and 5 in cooperation with the NGO.

The purpose of this project is to collect the recyclable waste generated in everyday life, such as glass, metals, textile and cardboard boxes, in order to reduce waste. This recyclable waste collected from each household is sent to a recycle centre located away from the residential area in the camp where it is separated according to material.

In the districts in which JEN is active, a total of 24 Syrian women and 18 Syrian men work as guidance staff and recyclable waste collection staff. They have been trained in the details of this recycling project and understand how to communicate with and get a message across to refugees. This is because separation of waste is unfamiliar to Syrians, we firstly explained them the importance of the project and what kind of waste is to be collected.

After the training, the guidance staff and also the collection staff asked householders to collect recyclable waste. The householders who understand the significance of this project due to the guidance staff’s explanation help to recycle waste. We have distributed a rubbish bin to every house to make separation easier. We also monitor the progress of each team and carry out co-ordination between the teams' members.

During the waste collecting, sometimes some householders do not participate into our system of the waste collecting. When it was occurred, I would offer advice that two of the teams, both the guidance and collecting staff, need to co-ordinate a communication each other. There were only a few cases, I would visit the householders on behalf of the teams. Therefore, their communication skills have been fostered by solving this kind of situations.

I have been involved in similar activities with humanitarian support organisations including JEN over the last five years, through which I have learned how to communicate with and support refugees who are in a difficult situation. The feeling that I am helping refugees makes me feel proud and gives me inspiration to improve myskills. I would like to further enhance my management skills. 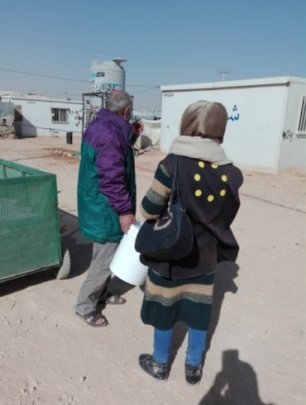 The staff explaining the project to refugees 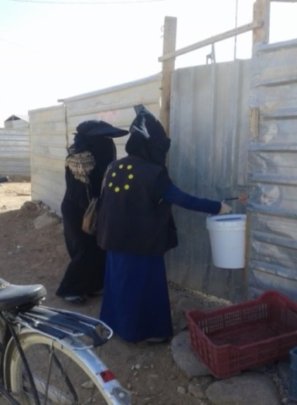 Distribution of a rubbish bin to every household 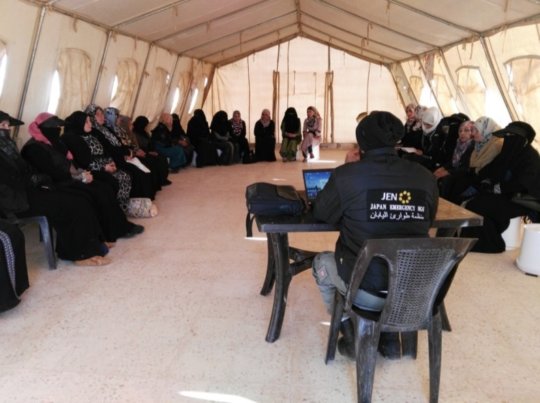 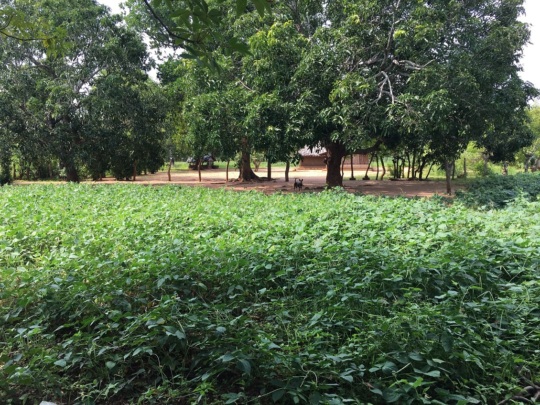 Due to the climate change, JEN is planning to strengthen the capability of disaster mitigation and prevention in Sri Lanka in 2017, including drought or flood either both of the climates countermeasures.

The anxiety caused by drought due to the climate change in Sri Lanka was discussed in our previous staff blog. However, this time we are writing of the damage to farming caused by rain.

Once the rainy season begins, many families in Kilinochchi and Mullaitivu cultivate beans such as black eyed peas, aduki beans, peanuts etc. They utilize huge plots of land, ranging from 500 square metres to 1,000 square metres, which is beyond the imagination of ordinary families in Japan, and which allows them to harvest between 35 kg to 50 kg of beans.

The harvested beans are divided into three portions: those to sell at market; those to eat at home; and those to preserve as seeds for the next cultivation. Beans which are preserved as seeds for next time will be planted for longer and dried naturally.

Once these beans are harvested, they are stored in a dry place for 45 days. After that, people can plant these beans as seeds again. If beans are not dried enough and then planted as they are, an abundant crop of beans cannot be expected even if the seeds sprout.

Since black-eyed peas and aduki beans do not require much water, lots of seeds could be harvested this season notwithstanding the small amount of rainfall.

However, during this year’s harvest, heavy rain continued for a week in Mullaitivu damaging seeds which need to be dried naturally. Wet crops sprout easily so they are not suitable for food.

Moreover, they cannot be used as seeds for the next cultivation as they are not sufficiently dried. Farmers regretfully showed us their damaged crops.

Thus, on one hand it doesn’t rain when it’s necessary on the other hand, it rains when sunshine is needed. This often occurring situation repeatedly places those people reliant upon farming for their living into a vulnerable position.

In Sri Lanka, where the weather is continuously unstable due to climate change, a further measure to minimize this risk is required.

JEN’s goal is to support the self-help capability in individual families and communities so that people do not fall back into poverty. Our team will do our best to achieve the goal. 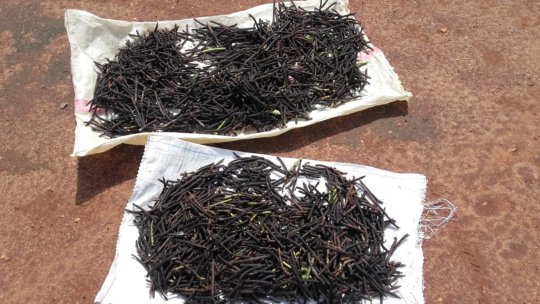 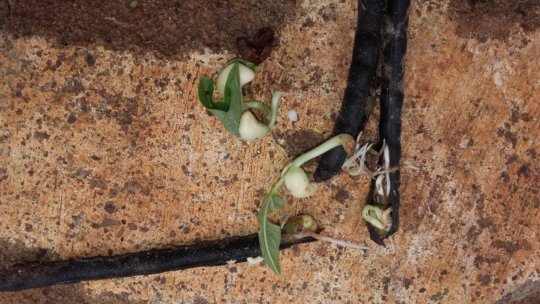 Mung beans which sprouted due to rain 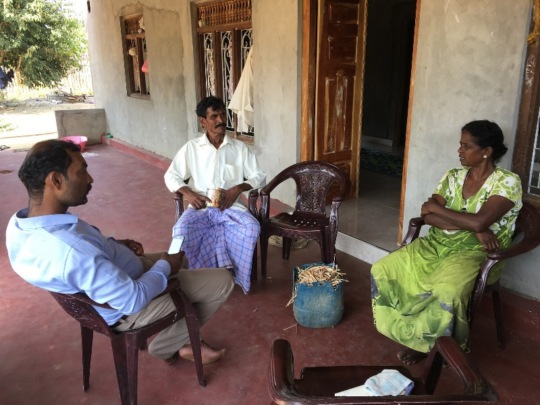 Collaboration with a Co-op on Support Activities 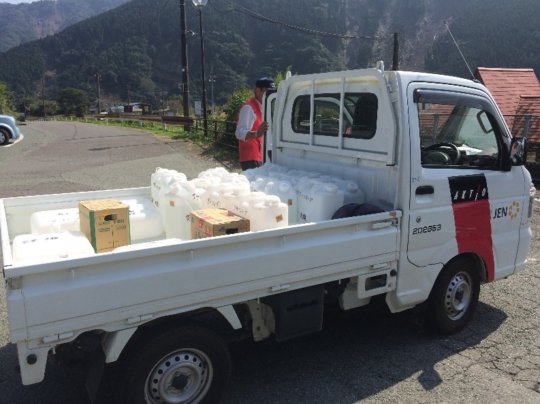 Following the devastating Kumamoto earthquake in April, 2016, support organisations, including JEN, came to Kumamoto and have been providing support to survivors. While it is true that organisations from other prefectures are working hard, local organisations have an advantage over outside ones in approaching affected people, understanding their needs, and providing precise assistance to them. JEN regards assisting those local organisations as a pillar of its supportive activities in Kumamoto.

Kumamoto Green Co-op is one of the local organisations that have been supporting survivors since shortly after the occurrence of the earthquake. As one of the ways to assist the co-operative, JEN has been lending it a freight lorry since September.

The Kumamoto Green Co-op has been delivering supports in many kind since 15, April, the day after the occurrence of the Kumamoto earthquake, such as, delivering relief supplies including food and water; helping with debris removal and cleaning up survivors’ houses; offering baths, legal aid services, entertainment for children, and a food van service; and preparing soup kitchen.

In each activity, it has been displaying the geographical advantages in the area and a capability of arranging the logistics on grass roots level to reach every survivor there.

Approximately 4,000 units of temporary housing for people displaced by the earthquake have been built around the prefecture. Local governments and social welfare councils are encouraging survivors move into the temporary housing.

Other displaced people of about 9,000 households are living in rental housing subsidized by the government to make up for the lack of temporary housing, and yet more survivors are still living in their damaged houses.

Unlike those survivors living in the temporary housing, the survivors living in rental housing, or in their own damaged houses, are in the most vulnerable position because it is extremely difficult for local governments to track their whereabouts and understand the problems that these people face. Responding to this situation, the Kumamoto Green Co-op has taken advantage of its own network of connections to approach those survivors, understand their needs, and provide meticulous assistance to them.

One of examples is a support activity being done in Minamiaso village where the main source of income of the village are from livestock farming. In some parts of the village water supply is still disrupted but survivors who have cows and fields to look after cannot abandon their houses. The Kumamoto Green Co-op has been supplying water necessary for daily life and a tank of water for continues their business agricultural purposes to those survivors.

JEN is lending a delivery lorry to the Kumamoto Green Co-op so that it can deliver aid more quickly to further parts of the area.

JEN’s support activities also include efforts to wash off volcanic ash with high-pressure sprayers in Miyaji district, Aso city, due to the eruption occurred in Aso Mountain the last November. 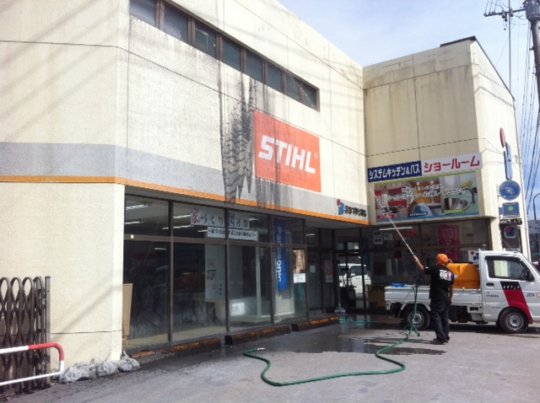 Washing off volcanic ash in Aso city
‹ 1 2 3 4 5 6 7 8 9 ... 18 ›
WARNING: Javascript is currently disabled or is not available in your browser. GlobalGiving makes extensive use of Javascript and will not function properly with Javascript disabled. Please enable Javascript and refresh this page.