Lensational and 100Cameras Partner on this project 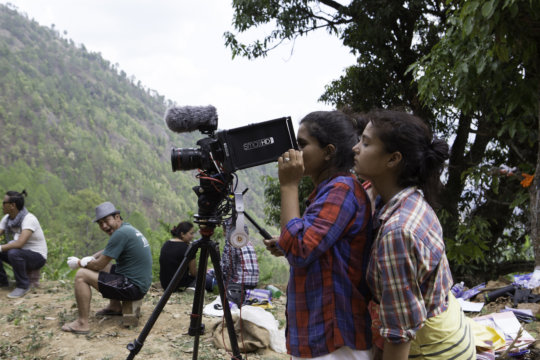 We are happy to announce that Lensational and 100Cameras are now actively participating with us in this project. Both are committed to empowerment through photography with Lensational having programs aimed at adults and 100Cameras' programs are designed for children and youth. Starting January 2016 we will be teaching courses provided to us by these organizations in digital photography and videography. We've also been fortunate to receive a few older, but perfectly usable dslr cameras for participants to use.

Both organizations provide a platform where the photograph work of our students in Nepal can be displayed, and purchased. Photography is a respected and recognized tool for recovering from the trauma of the earthquakes in Nepal. Women in particular face societal pressures to not openly talk about feelings leaving their emotions from the quake damage silenced and internalized. The lens becomes a way to express visually what is difficult to express verbally.

We are looking forward to a very productive year with several classes and the resulting photographic work of the women and young women from Mankhu Village.

More Demonstration Housing at Her Farm 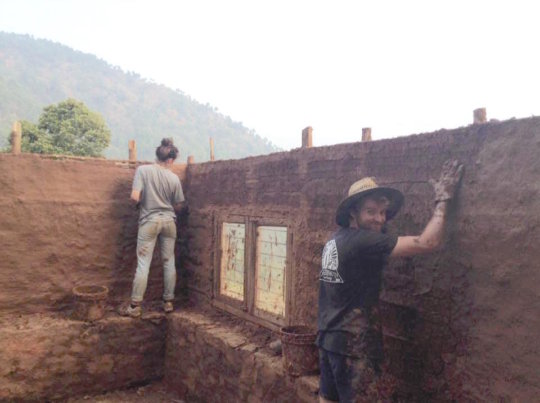 As the government has yet to provide any financial assistance to villagers who lost their homes in the earthquakes, we are now building a home that is fast to construct and very cheap to build. A bamboo and mud structure in the form of an addition to our kitchen is being built with the help of both volunteers and local housing builders. While perhaps not quite as long lasting as homes made with Gabion Bands, the bamboo and mud plaster homes can be made cheaply and quickly and will provide a very usable house for 20-30 years. It's earthquake resistant and unlike the traditional stone houses it's also cooler in summer and warmer in winter.

This brings to three the number of demonstration homes using alternative techniques we've now constructed in the village of Mankhu.  We will also be building demonstration homes using these techniques in the nearby village of Goganpani as well. There isn't going to be many in the village willing to undertake reconstruction until the government clarifies what assistance, if any, the villagers will receive. When that becomes known, our locals will be prepared to leap into construction using any one of the earthquake resistant models we've now trained them to build. 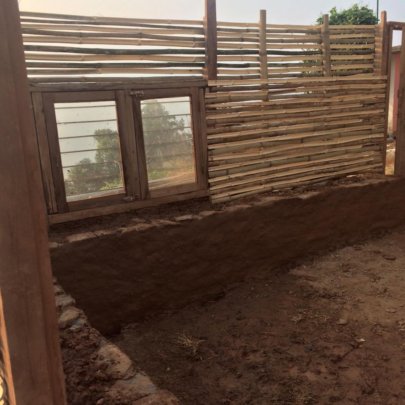 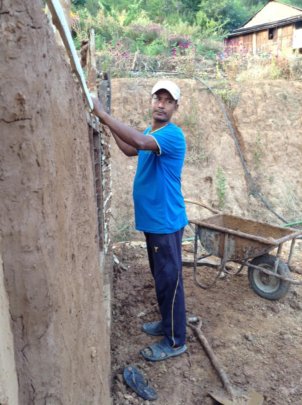 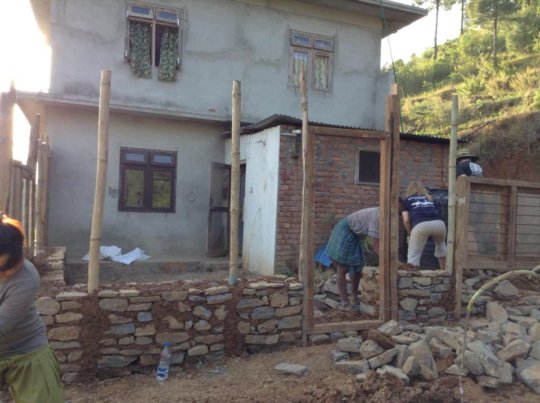 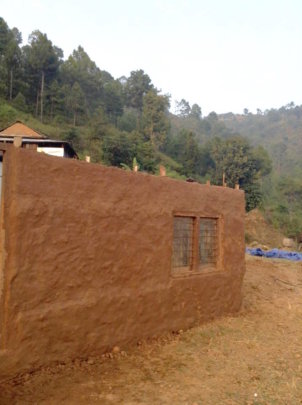 Help us build back better - URGENT

Here's why your help to build back better is marked as URGENT.  The monsoons are ending and people are turning attention from farming to rebuilding homes. The government's reconstruction authority is defunct and now stuck as a pending bill before Parliament and Parliament isn't acting on the bill. That is a harbinger of disaster for those living in the villages of Nepal.

Despite having been pledged over $4 billion for reconstruction, without a functioning reconstruction authority, no one is receiving any financial help. Villagers had hoped for money either in the form of loans grants to rebuild homes. Since the money hasn't come, and may never come, people are starting to rebuild in the exact same manner as before the quakes.

While the Arpil 25, 2015  and subsequent quakes leveled villages and many lives were lost, things could have been much worse. The quakes struck on a Saturday so no children were inside the many schools that collapsed. The quake struck in the middle of the day so farmers weren't in their homes but rather were in their fields. Had the earthquake hit on a school day, or in the middle of the night, the loss of life would have been much greater.

There is a way to build back better that's cheap and requires little or no technical skill. Gabion bands are a proven technology that makes homes resistant to quakes. We recently conducted a workshop and built a demonstration home in the village of Mankhu using gabion bands (see attached PDF for all the details).  This method of rebuiliding allows homeowners to reuse all the materials from their quake damanged homes and build in the traditional fashion i.e. stone with mud plaster but adds structural integrity that traditional homes lacked.

Mountain Fund has trained people on the ground in the villages ready to assist any homeowner who wishes to rebuild and incorporate life-saving gabion bands but if we don't act fast, homes will be rebuilt that are not able to withstand earthquakes and there will be more quakes in Nepal, it's not an "if" its a "when."

For just $500 a home we can ensure that villagers build safe homes. But the window of opportunity to do that is closing fast. Villagers must rebuild now and will rebuild the exact same housing that failed on such a wholesale level on April 25th. In our villages of Mankhu and Goganpani, 80-85% of the homes collapsed. As I said, we were lucky in that the homes were largely empty at the time. Next time, we may not have such fortune smile upon us.

We are making an URGENT appeal to get the money for life-saving gabion band technology in the hands of every homeowner in our villages right away. We have a wait-list of homeowners who are ready to rebuild with gabion bands right now, today.

Attachments:
‹ 1 ... 3 4 5 6 7 8 9 10 ... 22 ›
WARNING: Javascript is currently disabled or is not available in your browser. GlobalGiving makes extensive use of Javascript and will not function properly with Javascript disabled. Please enable Javascript and refresh this page.