Cycling is the bridge of Education 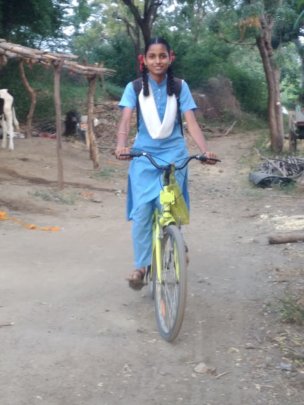 Sanika with her bicycle

Sanika is 16 years old and studies in class 10th. She lives in Mardi village which is located at Mhaswad. Her parents are doing Farming for the seasonal but it wasn’t a regular source of income, and other days they use to work as a wage labour.

Her school is very far from her home. She gets tired therefore she did not pay enough attention to the study. Usually, Sanika has to travel 2 Km for her school, However, in the Rainy session, she has to travel 4 km, due to water in the shortcut road. She has to take long route for school. At that time her parents not allow her to go to the school. Her parents have not enough money to buy a Bicycle. Now she gets Bicycle from Mann Deshi and she goes everyday school. She has a dream of becoming a doctor.

Sanika says, Now she is on the way to completing her dream.

Thank you so much for all Mann Deshi Supporters !

Sports workshops on current issues of our society 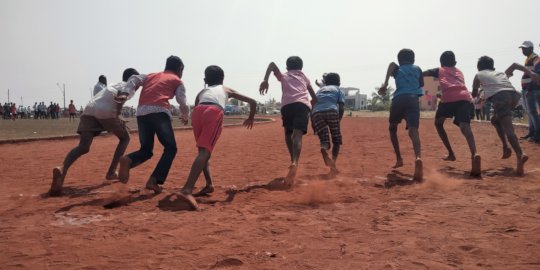 At Mann Deshi Champions program with the grant of global giving individual donors, we have started giving athletes daily varieties of nutrition. Initially Mann Deshi Champions provided children every morning banana, peanuts and jaggery, now as a new addition to their diet we have started giving eggs and dates. We believe that egg whites will be able to give children a source of protein and dates will give iron especially to girls.

Since month of August Mann Deshi Champions have started conducting workshops for children, to address different issues of the society. At the workshop we perform skits and plays on real life community issues. E.g. On the environment issues a co-ed group of 10 to 12 performs a skit where the buffalo dies of eating plastic wrap of a snack bar, farmer loses his livestock and money, despite of all this the one who survives is plastic wrap.

The wins at various competitions are creating a sense of confidence amongst the young athletes. The everyday practice at the champion’s ground enables them

In San Francisco at the women’s forum Reshma said I love running, it gives me a confidence and no one can stop me. She spoke in front of 7000 business women of California. Reshma is a 4th daughter in her family. Her father wanted to have son, from the beginning of her childhood she was unwanted. Today Reshma had represented for India in the US for a cross-country Invitational championship where she got silver medal in Virginia state.

She wakes up at 5am every day. In the morning dark, she does her long distance runs on the hills of Mann taluka. While growing up Reshma used to come to Mann Deshi Champions sports field for practice. She is the first in her family to travel to the US for competitions. Reshma is a braid-winner of the family she earns income by running marathons, she came 2nd in Pune International Marathon. Almost every Sunday she runs marathons. Reshma earns about 20 to 30 thousand rupees in high season by running marathons.

The highlight of her life is running, she just loves running, she believes running has made her happy, confident and because of sports she is 21 years old and still not married. Sports have made her fearless and given her dignity in the community. Today Reshma’s parents who wanted a son are now recognized in the community because of Reshma’s popularity. She is a role model for young girls of her community.

In Reshma’s community, every girl her age is already married and stays at home looking after their families. On other side because of sports, recognition in the community and earning income Reshma is traveling different countries and exploring life. Today Reshma trains for long distances in Pune. 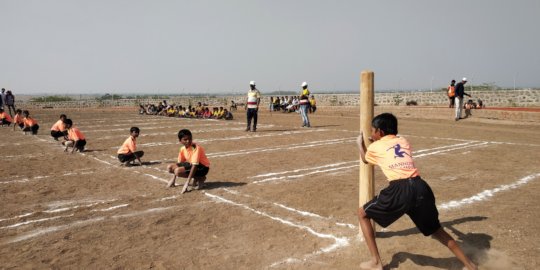 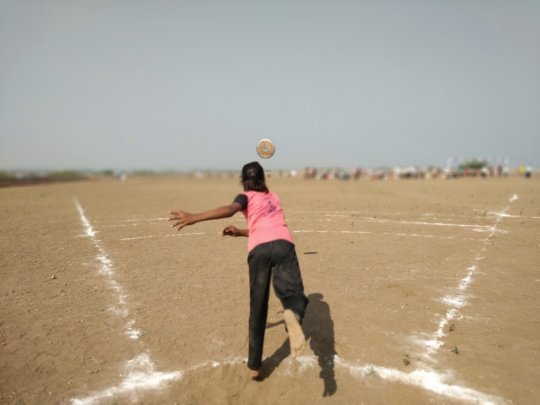 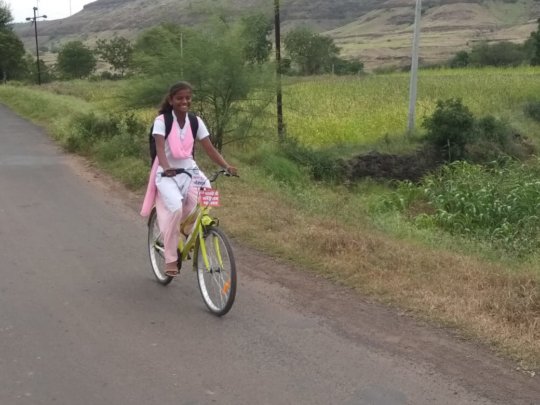 Diksha with her bicycle

Diksha lost her father recently, her mother is wage labour. she has one younger brother and one younger sister. So, her whole family depends on her mother. Diksha is the student of class 8th her school is very far from her home. She is the elder sister in family, So she has to do household work, apart from her study. She also has to take care of her younger sister and brother. Diksha did not get enough time for her study. After school she always get tired. She belongs to low-Income family, She can not buy a bicycle. Because of Mann Deshi bicycle, she is able to go to school on time. She is a merit student in class. Now, she has dreams of becoming a doctor.

Diksha says: “ I am going school on time with the help of cycle and saving my time for study, Thanks to Mann Deshi for much- needed support.”

Thank you so much for all your support. 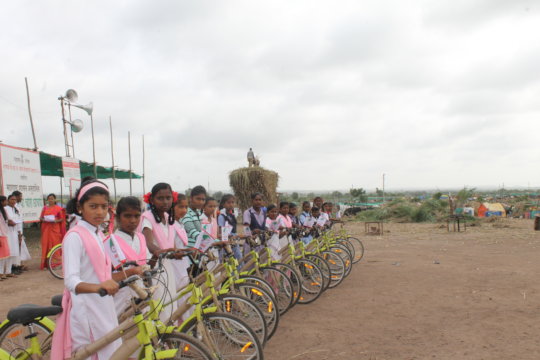 Bicycle Donated to School Going Girls
‹ 1 ... 4 5 6 7 8 9 10 11 ... 48 ›
WARNING: Javascript is currently disabled or is not available in your browser. GlobalGiving makes extensive use of Javascript and will not function properly with Javascript disabled. Please enable Javascript and refresh this page.