Working with the System. 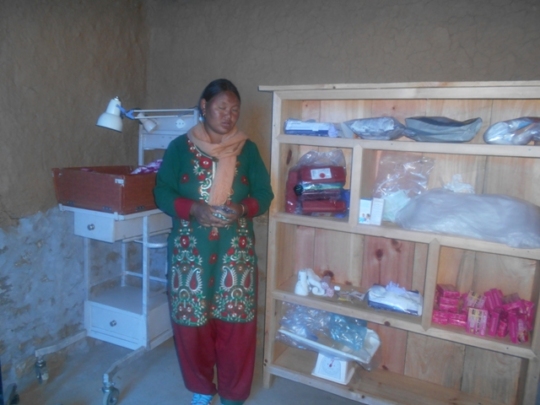 The Nepal Trust has pioneered health care and knowledge in the remote 'Hidden Himalayas' for over 20 years. We have seen tremendous improvements in not only health but also in the general lives of the villagers of this forgotten region. However, it is important to remember that we will not be there for ever and at some point the local population and the government must take over. It is important, and not practical, not to rush but to take time to ensure that the foundations laid will remain and continue to develop and prosper. Our clinics have been built and developed at the request of the local people through their village health committees. Not all are officially designated government clinics but it is hoped they will be through demand and pressure from the health committees. Where a clinic is officially classified as a government one the Trust has been asked to remain by the committee to run it to ensure efficiency. It is planned that, one day, all our clinics will become part of the government system.

Bargaun Birthing Centre is a good example of a government clinic, built and refurbished by the Trust, which remains under our management at the request of the local health committee. It is linked to the clinic at Torpa, our very first clinic, about an hours walk away. Sarkegad, in south Humla, is a similar example that ensures staff efficiency and broadens availibility to a wider public.

Our latest clinic, Yari Birthing Centre in north Humla, has completed building and equipment and furniture has been ordered for delivery very soon. Meanwhile Community Maternal Health training has begun for 68 women and mothers.

The Little Doctors programme - health education for students - goes from strength to strength. Funding is now in place to run four courses this year. Up to 100 young boys and girls will learn the essentials of good personal hygiene and cleanliness which they can pass on to their families.

Many of our other projects are health related. For example, renewable energy - clean energy - is healthy for the environment and reduces respitory diseases in the home. We have established many micro-hydro and solar energy schemes over the years. To support these schemes we are building a Renewable Energy Service Centre in the district - the first of its kind anywhere in Nepal. The project has yet to be fully funded and we would welcome further support.

Our education portfolio includes Thehe school in the largest Hindu village in Humla. It is now completed and handed over to the education authorities. Our planned projects include schools at Kapilvastu (Lumbini), Bharatpur School for the Deaf (Chitwan) and Lipne (Humla). New schools will be built at Shree Ghorkonath and Shree Reshankyu in Sindalpulchowk as part of our Earthquake response. Work is due to start shortly once government administration has been dealt with.

Agriculture and food security are very important for good health. Our large project in Humla has been extended for another 3 years with our main funder. This will benefit 325 farmers.

As you can see, we are busy! However, I am proud to say that over 20 years every single project we have established is still there and operating - because we are there!

Of course nothing would happen without the support of our donors and volunteers for which we are eternally grateful. Many, many thanks to you all. 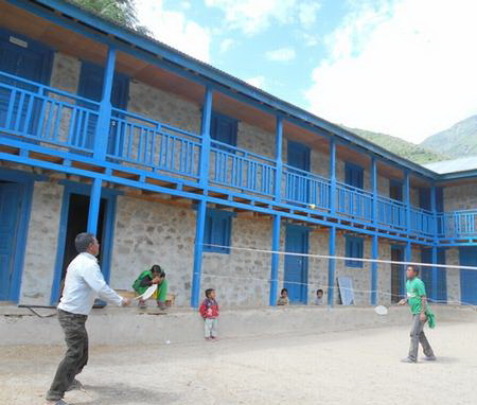 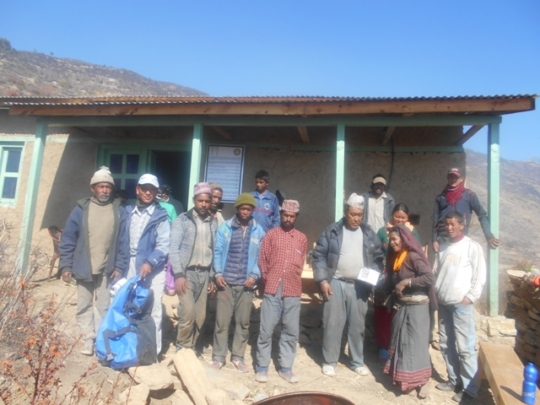 There is now some room for optimism. 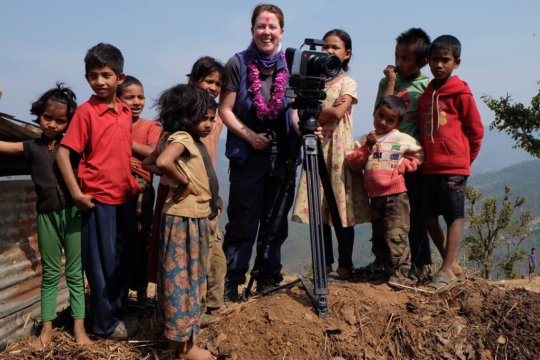 Nepal Trust director and award winning film maker (Recite Films), Anna McPherson, recently travelled to our earthquake relief area to see for herself the devastation and the efforts being made to improve the lives of these remote, but very proud, people. Anna returned just a few days a go and is preparing to put together short films and documentaries of what she has witnessed. These will published on our GlobalGiving page in due course. Here is a short report of her initial observations.

'Since the earthquake in Nepal, almost a year ago, much of the indigenous mountain people in the hard hit area of Sindhupalchowk are still living in temporary housing made up of clay mud and corrugated iron sheets.

The NT are now engaged in recovery projects, including income generation initiatives, in support of those affected by the earthquake. Realising the rebuilding effort may take years, the NT recognised a need to support people in creating a sustainable way to make a living. These initiatives include; the distribution of seeds such as: cauliflower, cabbage, tomatoes and long beans to farmers; many livestock were killed or injured during the earthquake and the NT organised for veterinary services in very remote areas. The vets will educate the agricultural farmers in tending to their livestock and looking out for health problems and identifying treatments.

Another initiative has been support for irrigation to farmers and providing water tanks for drinking and washing water to remote communities as their water source had either dried up or moved since the earthquake. One community recently visited stated that prior to receiving the water tank provided by the NT, they had to walk 4 hours to source water.

The NT have provided metal electricity poles to communities, bringing electricity to their temporary homes, as many of the wooden poles had collapsed. The distribution of GI sheets (corrugated iron sheets) has been well received, including a school in the district of Syaule, which has built a Temporary Learning Centre where their school had collapsed.

Another initiative was the distribution of sewing machines to the Dalit caste. Many had lost their sewing machines in the earthquake, or they have been damaged. One seamstress that we visited, said that many people in her community didn't have money and so they would rely on a bartering system. She would sew and mend clothes in return for rice and other food stuffs.

After the recent field visit, it's still quite shocking to see the devastation of rubble laying around and still not having been tended to.  Ruins of once busy tea houses for trekkers. Whilst visiting Tarkeyghyang a once very busy guest house had been shaken to the ground. The owners have built a temporary accommodation and stated that prior to the
earthquake they would receive between 500 - 600 tourists in season. Now, they are lucky if they receive between 16 - 20. These people are highly dependent on tourism and the more support we can provide, the quicker they can get back on their feet and carry on providing a much needed service for tourism in this still beautiful country.'

Anna's brief report clearly demonstrates the huge task ahead for the relief agencies but the problems are not insurmountable and the hill people are very resillient. We need your support to continue the work started. Your help in the past has been brilliant and we could have done nothing without it. So we hope you can continue to support us. An excellent opportunity is about to arise when GlobalGiving will be matching donations to our appeal page, to the tune of 100%! Your donation will double! The campaign starts on April 25th at 0900hrs EDT or 1400hrs BST. It is advisable to get in quickly as matching funds can also go quickly.

Thank you for all your help and support and I hope you can help again this one time. 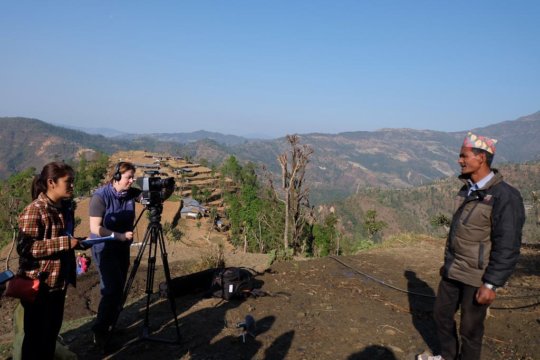 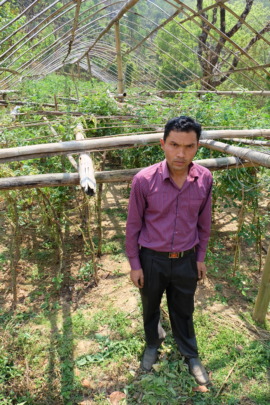 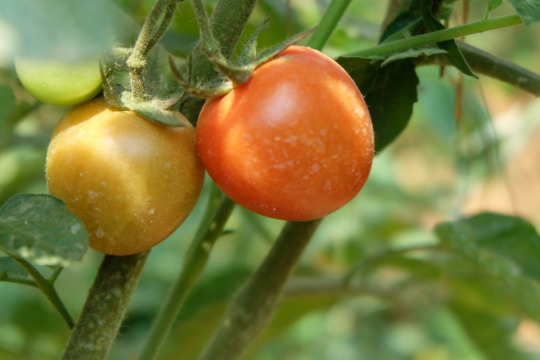 Progress is not just a visual thing. 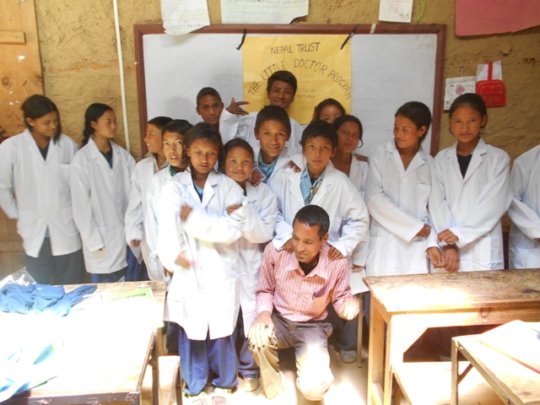 Simikot airport now has a black-topped landing strip! So what, you say. But this is a huge improvement over the short dirt strip previously that engendered so much trepidation and excitement on landing in the small Twin Otter after flying for almost an hour through deep valleys and cloud formations hoping the mountains would not get too close to the wing tips! This is progress! When you land you see young people going about with their smart phones  and Facebooking their friends in Kathmandu. Satellite dishes sprout everywhere and people watch their favourite television programmes. The economy is improving and smart hotels are springing up. There is even a yummy bakery. Of course, as you leave Simikot (walking that is, because there are no roads or public transport), you rapidly move back in time to a more relaxed and traditional lifestyle but a lifestyle still deeply embedded in the old beliefs and way of life.

But these ways are changing slowly but surely as education informs and improves the old ways. The Nepal Trust is at the forefront of these changes and our programmes in health, renewable energy, income generation, agriculture, etc, are changing lives for the better. This is real progress that is saving lives and improving life chances. Not easily spotted like mobile phones but, nevertheless, there!

Winter is a slow time in the Hidden Himalayas and limits movement as trails and high passes get snowed up. Our clinics continue to operate at all times. Our new Yari Birthing Centre and Health Clinic is now complete but support is still required to fully furnish and equip it. An Auxiliary Nurse Midwife (ANM) has been recruited from the local community and is now in the clinic and running Community Health Awareness programmes focussing on health and family planning issues. These programmes are also being promoted in our Sarkegad clinic in south Humla.

We now stock over 90 types of medicines in our clinics. These are purchased in Kathmandu where we have quality control, and driven for 14 hours to Nepalganj on the Indian border. From there they are flown to Simikot for distribution. This is no easy task and requires porters and pack animals that can take up to a week over 5000m mountain passes.

Our Little Doctor programme goes from strength to strength. We have been running this for 15 years and we are still the only organisation in Nepal running it. For the last few years we have managed three programmes throughout the district but in 2016 we plan to increase this to 4 classes. The main objectives are:

Put very simply, children pass on their new knowledge to their own families.

Thank you to our supporters and donors for all your help. We can do nothing without you and we hope you will stay with us and even pass on what you know to your friends and hopefully encourage them to come on board. Our health programme, in particular, requires regular funding so if you can come up with new ideas we are here to listen. Thank you once again. 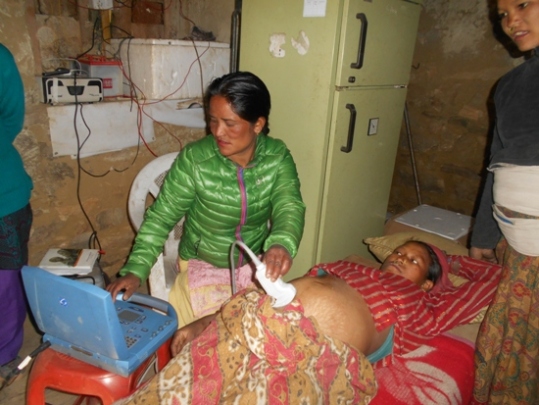 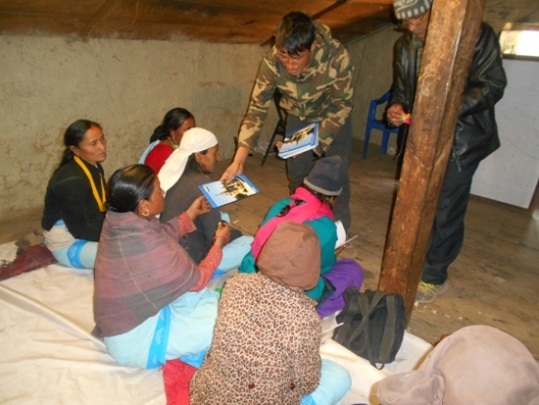 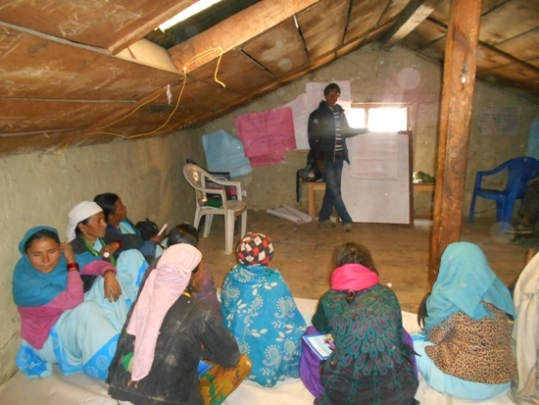 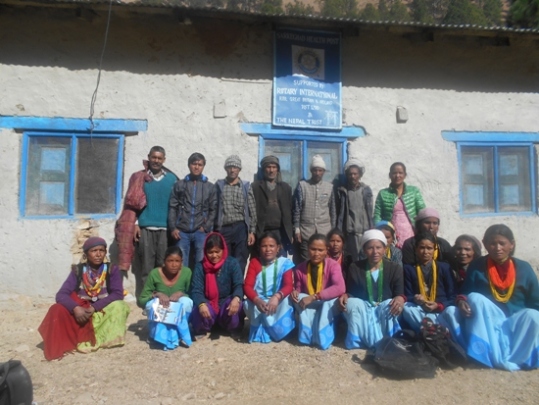 Participants Community Health Training
‹ 1 ... 17 18 19 20 21 22 23 24 ... 28 ›
WARNING: Javascript is currently disabled or is not available in your browser. GlobalGiving makes extensive use of Javascript and will not function properly with Javascript disabled. Please enable Javascript and refresh this page.