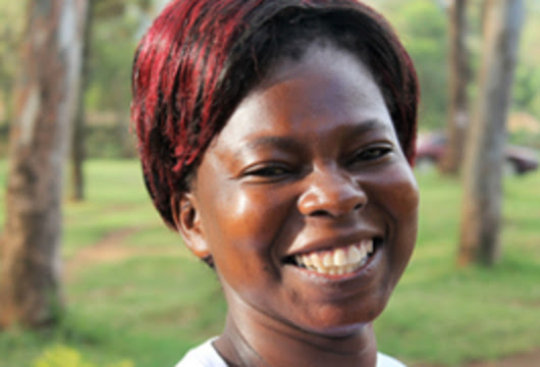 I hope you are having a wonderful summer! It's winter in most of the Sub-Saharan African countries where mothers2mothers (m2m) works, but no matter the season, we love to relax with a great story. Get in a comfortable chair and enjoy getting to know Florence, a former client and current Mentor Mother in Kenya.

"I first heard about mothers2mothers in 2009 when I was pregnant with my first-born. I came to the clinic with my husband and both of us were tested. The results were positive. Although it was comforting to go together, I couldn’t believe it. He supported me and I supported him, but unfortunately there was nothing more I could do for him. My husband died later that year. It was the most pain I’ve ever felt in my life.

After this and my diagnosis, I had no hope of living. All I could see next for me was just death. All I could think was that I would die the following day.

I eventually came to the facility for my antenatal check-up and I met a mothers2mothers Mentor Mother. I couldn’t believe what she was telling me, that I, as an HIV-positive woman, could give birth to an HIV-negative baby. But through the education that I got from the Mentor Mothers who were here at Rachuonyo, I made it. I used to come to the support group every week, which gave me so much courage and support, I just felt that 'wow, people can live with HIV, people can have a normal life if you are on your medication.' The Mentor Mothers made me believe that I could live.

I began to accept my status, took my medication each and every day and kept coming to the support groups. I now have two HIV-negative children, both girls. They are now eight years old and four years old, both are in school. As a widow and a single mother, the support from mothers2mothers and the women I count as friends and colleagues has helped me bring up my children.

When I heard mothers2mothers were advertising for a job as a Mentor Mother at Rachuonyo, I applied for it. I went for my interview and I got the job. Now I am a Mentor Mother myself. Because of the women I work alongside every day, I now have courage and hope to live. It is vital that Mentor Mothers continue supporting and educating more mothers so that they also become like me: empowered, healthy, and independent."

mothers2mothers (m2m) is pleased to share an update focused on the funding of our adolescent programme in KwaZulu-Natal, South Africa. In addition to support from our wonderful GlobalGiving supporters (thank you!), m2m recently received support from ICAP.

On their 24th global annual Charity Day, ICAP donated 100% of the day's revenues and commissions to charity. m2m was thrilled to be chosen as one of 200 beneficiaries. What made it even more thrilling is that the funds donated by ICAP to m2m will target our adolescent programme, which serves one of the most vulnerable populations affected by HIV/AIDS in sub-Saharan Africa: adolescent girls and young women. It is estimated that nearly 7,500 girls, defined as those between the ages of 15 and 25, become infected with HIV each week.

I encourage you to watch the ICAP Charity Day video to experience the day for yourself and to learn more about how m2m was involved.

As always, thank you so much for reading and for supporting m2m's peer approach to reduce HIV infections and HIV-related mortality and morbidity among adolescent girls and young women. 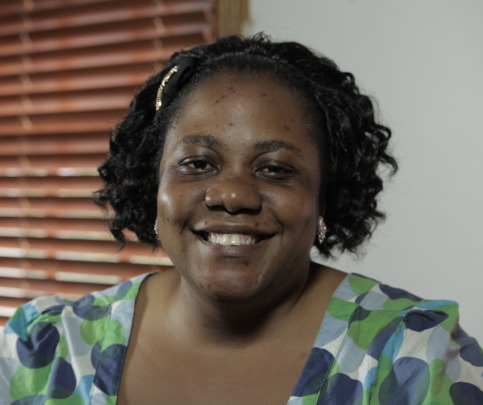 Thank you so much for your support of mothers2mothers' (m2m)! I'd like to take this opportunity to introduce you to Juliet, a former m2m Mentor Mother and current Site Coordinator in Uganda. Below is her story.

My name is Nalumu Vivien Juliet. I was 26 years old in 2006 with my first pregnancy. I went to Kamuli Mission Hospital for the normal antenatal care and as a routine, all women were tested for HIV.

I was anxious and proud because of the new life inside of me, happily looking forward to producing a very healthy baby. I was six weeks pregnant and in one minute all my joy disappeared and was replaced by fear and anxiety when the results were positive.

My first thought was who will take care of me? My mother had just died of HIV in 2003 only three years earlier so I knew what HIV could do.

The nurse advised me to share my results with my husband because I need a lot of support to produce and raise an HIV-free baby. It takes two hours from the hospital to my home. In my bag I had drugs that I was supposed to take and as I travelled, I could only think that I had to take them without the knowledge of my husband because I knew he would throw me out if he knew.

Let me tell you for a moment about my home life. I am one of my husband’s three wives and in East Central Uganda where I come from, it’s a custom for men to have more than one wife. This is the breadwinner of the house, and makes all the important decisions in the home. Our role is to produce children and do house work. My fear was once I revealed my status, my husband would kick me out of the house and I would have nothing to live on.

Having feared to disclose, it was impossible to keep going to hospital secretly because I need money for transport from my husband. Consequently, I took some time without medications and became extremely ill. I was now 32 weeks pregnant and only weighed 42 kg when I went to hospital. I was ill and my husband couldn’t look after me so he took me back to my father’s home.

On reaching home everybody rejected me. To them, looking after me would mean they would contract the disease from me. They sent me out of the main house and separated all my utensils. When my husband saw me again, he decided to take me to his own village to his parents.

We were admitted to this hospital since then and continued taking medications secretly because I still had not disclosed to my husband.

Four years later in 2010, mothers2mothers (m2m) came in Uganda and in this facility we were getting treatment. I enrolled as a Mentor Mother, an appointment that turned my life all the way around. During the first training, the m2m trainer told us that being a Mentor Mother means telling other people about your HIV status and it becomes quite dangerous if one has not disclosed to her family.

With her support, I disclosed to my husband, had him and his two other wives were tested. One of them was positive and the two were initiated on treatment.

Now, more empowered than ever I decided to try out the knowledge I was giving to other women and produced two more children who are HIV free.

m2m has empowered me to be a role model and a pillar of hope to my own community, the very people who saved me and my daughter when we were ill. I have empowered them to fight stigma, raise negative babies, and advocate for their rights.

Besides the capacity built in by m2m, I have enrolled in a local university and am doing a bachelor degree in social work and social administration.

There is something else, something bigger, that I am a part of. m2m has given me the opportunity to participate in a global struggle against paediatric HIV which took the life of my lovely baby girl. Now more than ever I will do everything in my capacity to support, educate, and help all the women in my care to ensure that no more babies get infected with HIV. 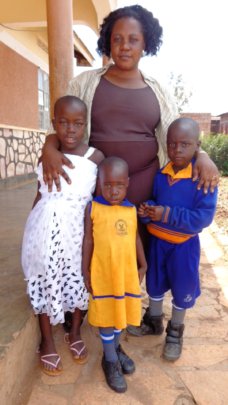 Juliet with her three children
‹ 1 ... 5 6 7 8 9 10 11 12 ... 18 ›
WARNING: Javascript is currently disabled or is not available in your browser. GlobalGiving makes extensive use of Javascript and will not function properly with Javascript disabled. Please enable Javascript and refresh this page.