Report #8 - My chickens are safe now 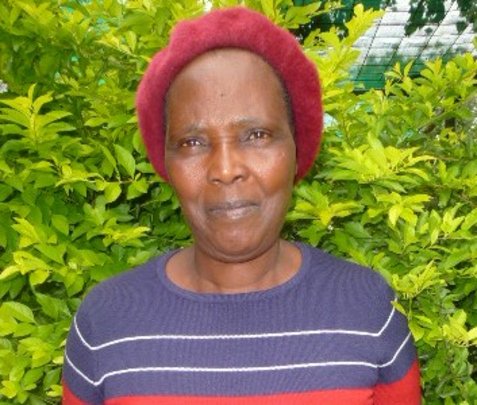 It helped me immensely to have my dog spayed. There is some troublesome animal that comes in the night and devours my chickens, but before being spayed, my dog would be away from the homestead when these attacks occur.

Now that my dog is spayed it stays at home and the wild animal does not get a chance to attack. The dog keeps an eye on my chickens and barks at every sound of sinisterly movement coming from the woods. My chickens have reclaimed their freedom and can now sleep on the ground without a problem. I also feel safe because my dog is always home and on guard for any intrusion.

After seeing the benefit of having my dog spayed, the people in my community have been constantly asking me when the doctors who spayed my dog are coming again. Although they know that they can personally bring their dogs to Swaziland Animal Welfare Society for the operation, organizing the transport and budgeting is difficult for most people in my community.

Vusumnotfo collected Thoko's story 7 months after the community spay day at Mshingishingini, through the use of Most Significant Change methodology. In response to the many requests that we are receiving, with your support, we would very much like to carry out several more community spay days in May - August, 2015.

Report #7 - Stitches out after Spay Day 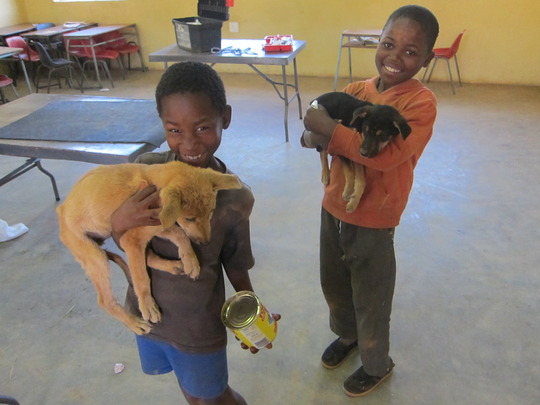 Thabani and Muzi Maseko with Taxi and Spot

Two weeks after the Spay Day, people brought back their animals for the stitches to be taken out and medical check up. Each animal was individually checked. Swaziland Animal Welfare Society (SAWS) answered each participant’s medical and animal care questions.

People expressed their pleasure in how their dogs were recovering. It was interesting to see that the dogs still had on their tags from the Spay Day and that many people were actively petting their dogs.

Vusumnotfo has been receiving a lot of positive feedback on the activity, along with the question "when are you going to repeat this activity?".  This question comes from Mshingishingini community members and further afield.  We would very much like to annually carry out one community spay day.  Your support towards this goal is much appreciated. 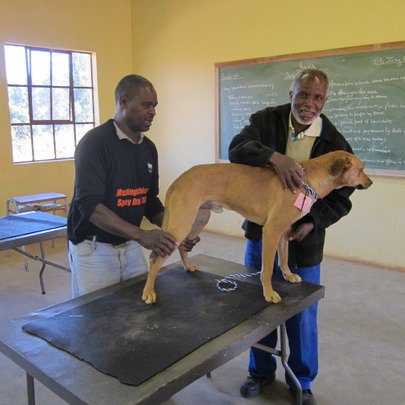 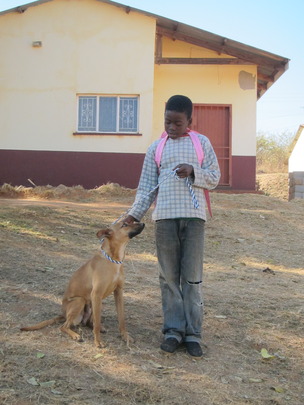 Menzi and his dog Danger 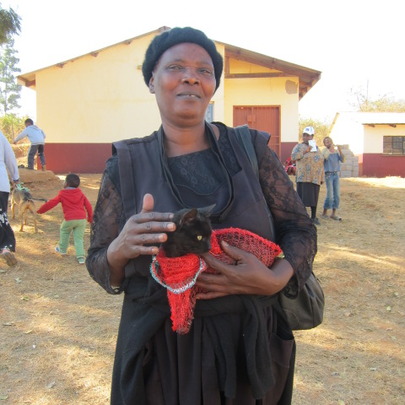 Mrs Phiri and her companion Kitsy 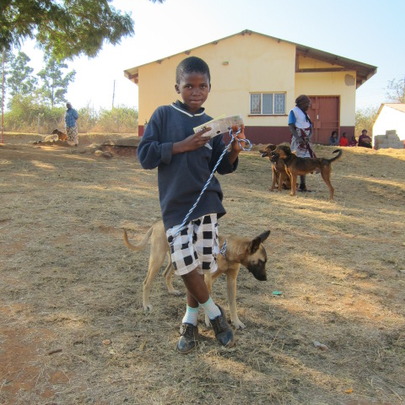 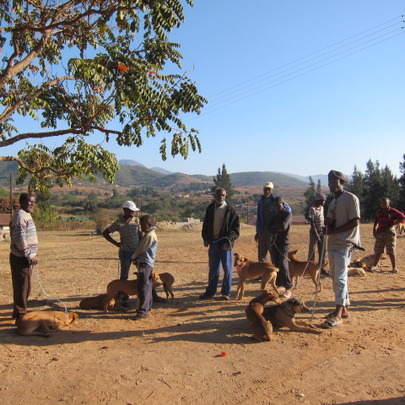 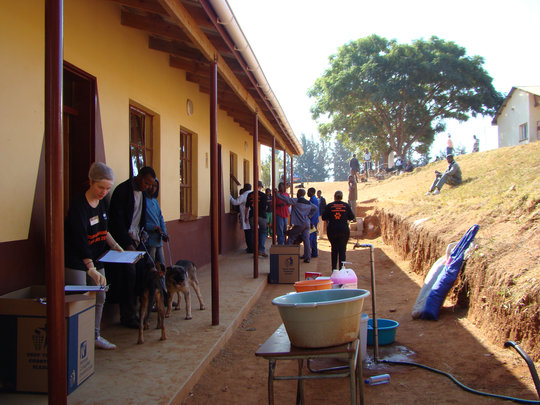 Mshingishingini Primary transformed into a clinic.

Here are some more photos from the Spay day at Mshingishingini Community that took place on June 21, 2014. 52 dogs (plus 1 cat) were sterilized and a further 30 dogs were vaccinated against rabies, de-wormed, and received free medical examinations. The photos below show each step in the process of making this happen.

I am happy to report that the follow up day on July 5th went very well. People brought back their dogs (and one cat) for medical check ups and to take the stitches out. All animals were healthy and happy. Photos from that day will be in the next report.

The feedback from the community has been very positive. People who did not bring their animals are regretting that they missed out. This is often the case when implementing an activity for the first time at a community. Now that we have gotten the ball rolling with this first project, Vusumnotfo hopes to be able to carry out one community Spay Day each year. Swaziland Animal Welfare Society is currently planning to carry out a second community spay day in another part of Swaziland soonest. Details of that will follow. 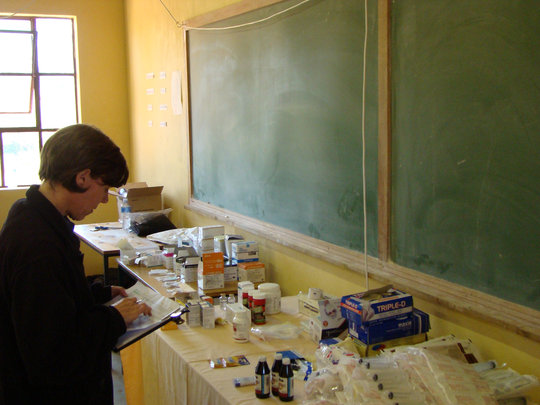 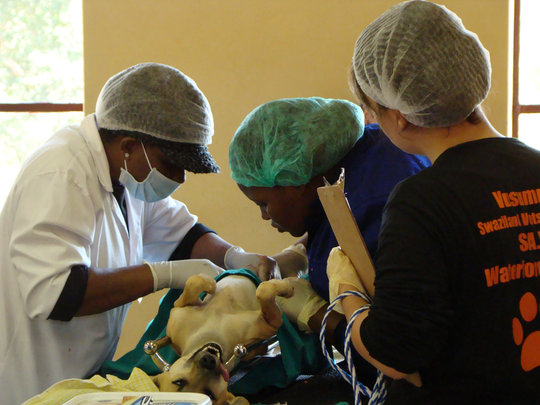 Surgery in the classroom 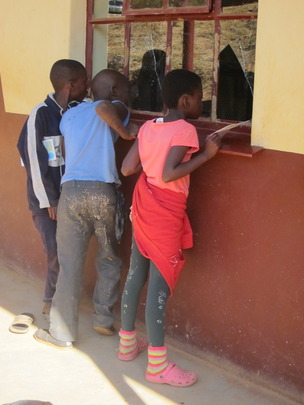 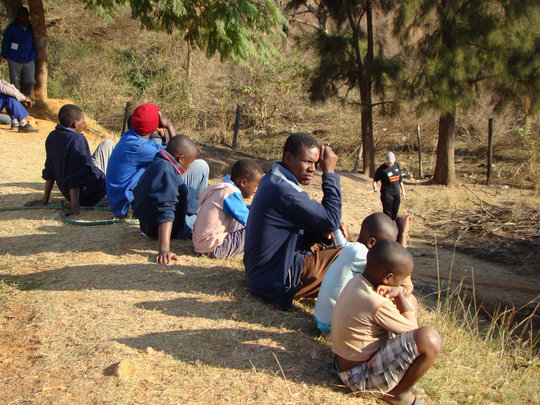 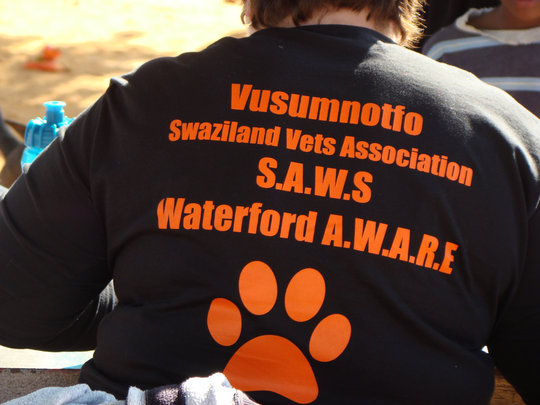 Project partners - and you!
‹ 1 ... 11 12 13 14 15 16 17 18 ... 20 ›
WARNING: Javascript is currently disabled or is not available in your browser. GlobalGiving makes extensive use of Javascript and will not function properly with Javascript disabled. Please enable Javascript and refresh this page.