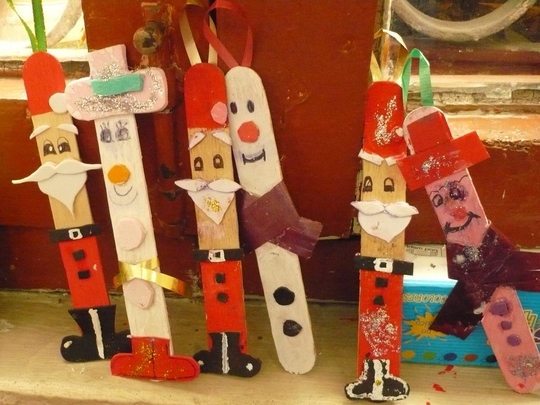 Early in the morning girls and women began arriving, ready for a full day of activities and fun. We started the day with a tee-shirt painting workshop, everyone creating their own designs. Next came a session making chocolates, and another drawing and writing Christmas cards.

In the afternoon everybody got together in the main room. The little ones danced and performed a short play organized by Analí, a former child domestic worker who’s now one of our adolescent outreach promoters. Felícitas, a young domestic worker who has participated in La Casa de Panchita for several years, sang in Quechua-- a special point of pride for those of us who have this language as their mother tongue.

Finally came a powerful moment when we all held hands and made our wishes for 2012. The celebration ended with music and dance, girls and grown-ups all celebrating together.

In the holiday spirit we want to share happiness and joy with all of you Global Giving supporters.  Our best wishes for next year!

Thanks for changing the lives of the girls and women in domestic work. 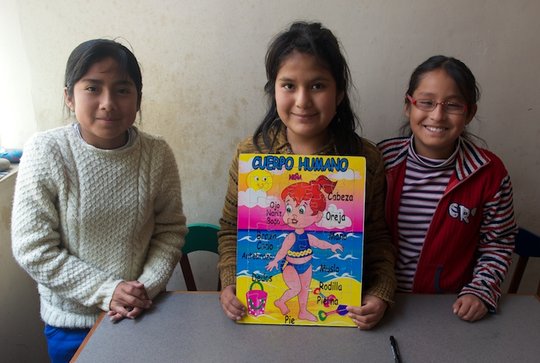 We are so excited to share our good news with you!  Global Giving recently encouraged us to apply to the Girl Effect Challenge.

Our proposal to empower 150 young domestic workers to take charge of their own health using a “girls teaching girls” approach was one of the projects from around the world that was selected to compete in the Challenge.

If La Casa de Panchita is one of the 6 nonprofits that receives the most gifts between October 15th and November 15th on GlobalGiving, we will be featured on the Girl Effect fundraising page for an entire year and will be able to fund our project!

Please help us spread the word   Here’s the link http://www.globalgiving.org/projects/girls-take-charge-of-their-health-peru/

Girl Effect is a powerful international movement to raise awareness about the potential of adolescent girls to end poverty for themselves and the world (the same potential we’ve been demonstrating in Peru for more than 20 years!)  Just think how many other people could learn about and support our work.  Last we checked, Girl Effect had more than 250,000 followers on Facebook!

We appreciate each and every one of your contributions, your “likes” and your tweets. Thank you. 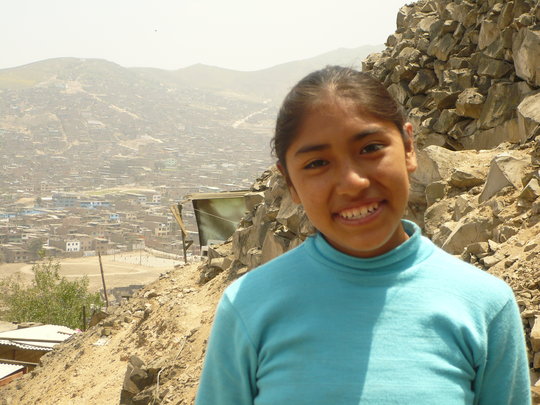 Elena, 14 years old, was born in a little town in Apurimac, one of the poorest areas in the Peruvian Andes. By the time she was 10, her mother sent her to Lima, to a relative’s house. There, she did cleaning, cooking and took care of the little children. Everybody treated her as “the help”, not as family. She could barely sleep some hours at night and she did not have enough time to do her homework. One thing she also remembers is how much her employer yelled to her and how little she wanted to talk or express her feelings with people.

In 2010, after four years, Elena moved to her aunt’s house where she feels well treated. Also that year she started coming to La Casa de Panchita.

Elena looks shinny every time we see her at La Casa de Panchita. She is no more the girl who did not want to talk about her family and that was embarrassed about not reading well. With us, she shares stories of her childhood in Apurimac and she is eager to learn about the meal we serve at lunch, the handicraft we make with all the girls or the new games we play on Sundays.

Elena´s native language is quechua. At La Casa de Panchita she works hard to improve her reading and writing skills in Spanish, and currently she has improved her grades at school.

Like Elena, many more girls find in La Casa de Panchita a place in which they are happy and can learn and play.

Thank very much dear GlobalGiving friends for supporting our work with girls and women in domestic service. We appreciate all your contributions.

‹ 1 ... 26 27 28 29 30 31 32 33 34 ›
WARNING: Javascript is currently disabled or is not available in your browser. GlobalGiving makes extensive use of Javascript and will not function properly with Javascript disabled. Please enable Javascript and refresh this page.