Completion of a second playground at Kabisine 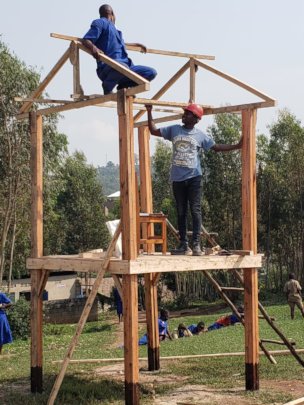 Mubuga Primary School has 842 children from Kabisine Village of Hope. Not only are the children very happy to have a playground at their disposal but this also created 25 new job opportunities for members in the community. The Mubuga playground was officially inaugurated on January 26, 2021.

With the mission to support every child's right to learn and develop through the power of play, we are happy to report that the children and their parents are grateful and pray for the blessing of Dufatanye Organization, its partners, and donors.

When the children came to school with their parents to receive their end of term reports, they asked one child why he passed the exams highly and he replied, "I don't skip my classes, I saw a playground with other children, I was happy, I was learning and winning!"

One of the teachers also testified that the children at the school no longer drop out of school, saying: “We urge them to study with sincerity and play, which makes them successful. We are grateful to the Organization and the donors who built the playground for us. "

“Thank you for the playground. My child is happier to attend school than before,” said one of the parents.

Together with The Power of Play Organization, we plan to continue to build playgrounds for rural children to prevent them from loitering, taking drugs, hard work, and practicing other vices. We want to build a healthy community for the children where they are encouraged to participate in school, interact freely with each other, and learn new skills that will help them have a better future.

Please share our program link with your friends and help us to encourage more children to attend school by supporting our new playgrounds projects. 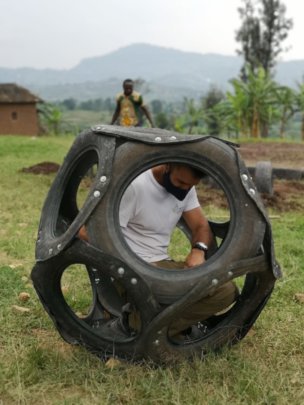 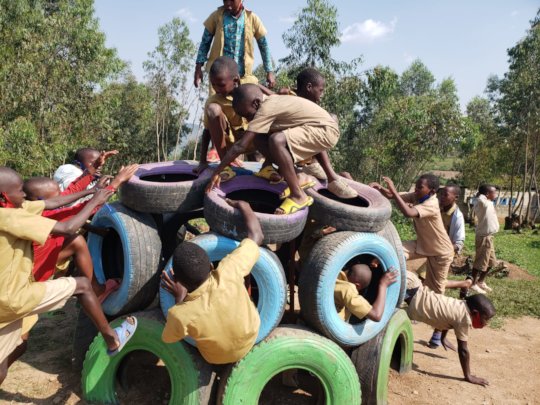 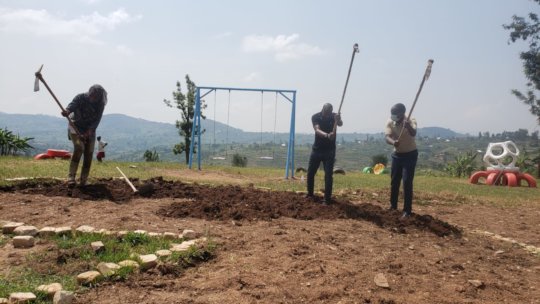 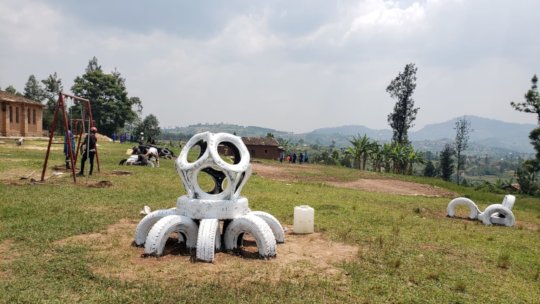 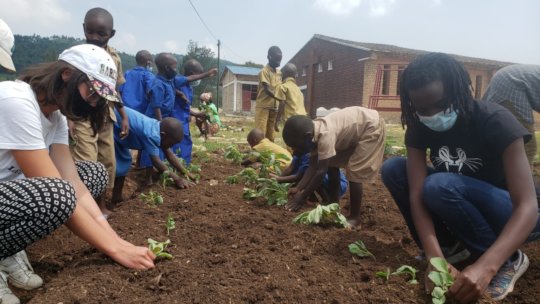 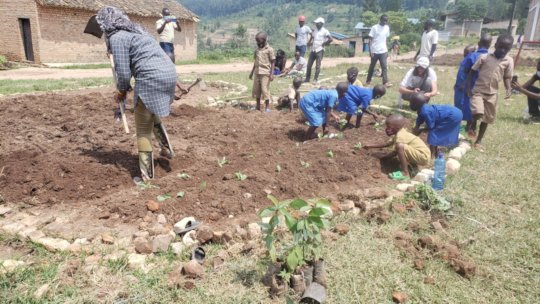 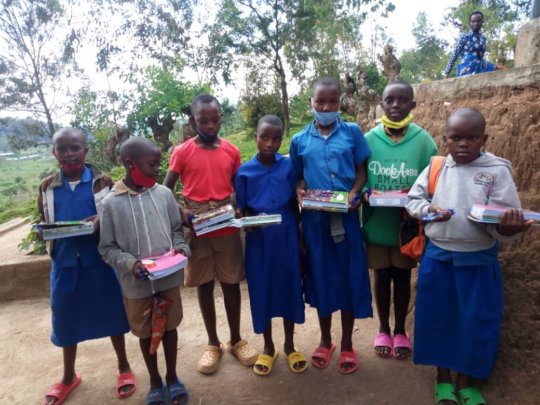 We were able to use this to support 15 out of 500 children who dropped out of school to buy school materials to enable them settle in school.

A Dufatanye Organization employee and local government Leader selected 15 children from extremely poor families who did not have school materials and dropped out of school.

We gave each child 10 notebooks and 5 pens. A few of them also received school uniforms, school bags, and shoes.

When a DO worker visited the children at the school, he found that the children were studying well. The school principal thanked DO and the sponsor for their contribution to building a bright future for the next generation. One of the children who was given the school materials, while playing with other children said: “I am very happy, I’m going to study so diligently that I will become a pilot”.

We are very grateful to the donor who sponsored this project, and we request others to donate to this project to promote stay in school and decrease dropout rates in Nyanza District.

Thank you for your kindness. 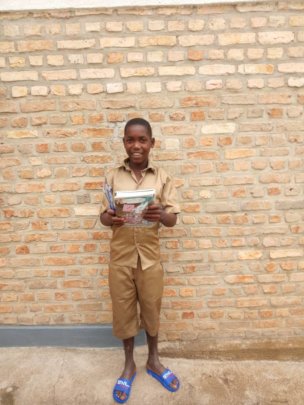 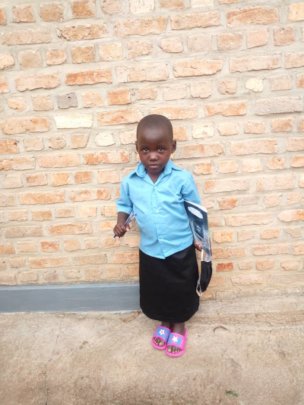 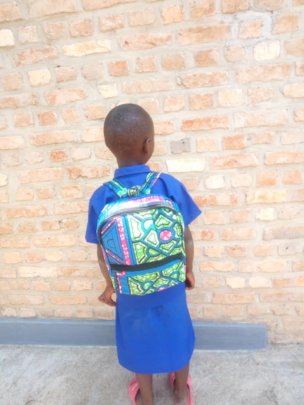 Distribution in Village of Hope Nyabisindu 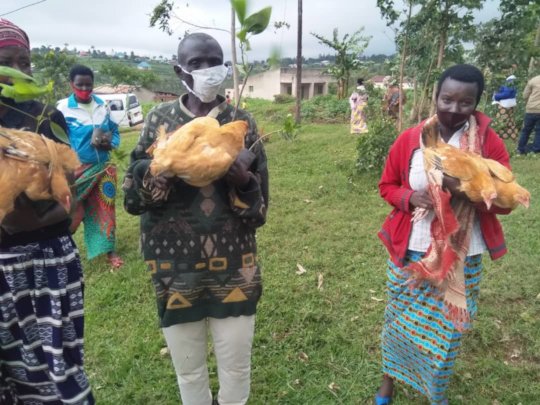 The distribution of laying hens, vegetable seedlings, fruit trees and manure in Nyabisindu village took place for one day. It happened on Thursday 03/02/2021 from 10 a.m. to 3 p.m. The staff of Dufatanye Organization were trained on village distribution, and then took a 25 minute vehicle ride from Nyanza to Nyabisindu for the distribution

The 9 staff devised a plan and broke into groups to be able to distribute efficiently. The first group of 2 staff distributed laying hens, the second of 3 staff distributed manure, fruit trees and vegetables seedlings, the third group of 3 staff demonstrate practically together with the beneficiaries how to plant the crops and 1took pictures for reporting.

We first gave them training a month in advance on how to rear laying hens, on bananas, fruit trees and vegetable plantations and its importance

We distributed 152 laying hens, 152 fruits trees, and 2280 vegetable seedlings, 500gr of carrots seeds and one truck of manure

The distribution went well; the people were happy. One widow said, "Thank you very much. This support will help me and my orphans, including one child with severe depression from malnutrition and diseases. May God bless you”.The village leader thanked Dufatanye Organization and its sponsors for thinking about Nyabisindu village as it has a big number of vulnerable people much of this vulnerability caused by 1994 genocide. Another widow said after receiving a mango tree, “I’m going to start counting days for me to start harvesting on my own tree. I pray God protects me and my tree” 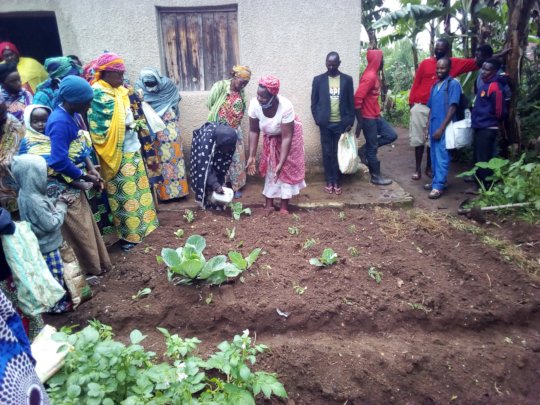 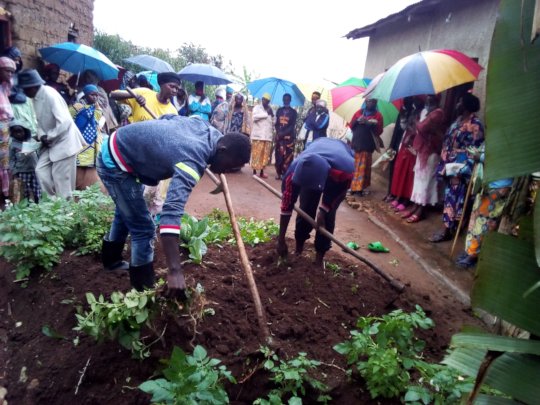 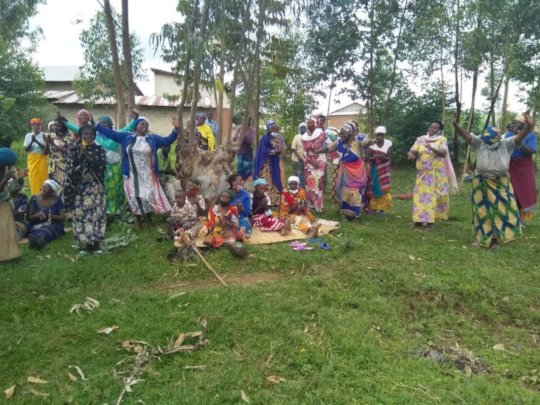