Lakshmi – aiming for a bright future in spite of all odds. 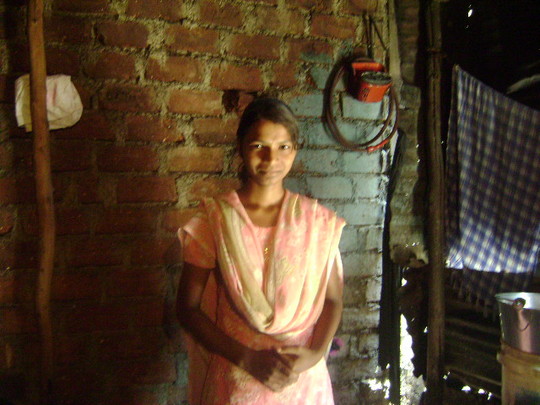 Lakshmi welcoming her Social Worker to her home

We want to share the story of Lakshmi with you .

Lakshmi is a fifteen year old orphan child. Her parents died when she was still a toddler – the father died due to severe alcoholism leading to liver damage & the mother due to complications post delivery. Lakshmi’s parents were illiterate and were working as casual laborers.  Due to the alcoholism and illness of the father, the family was in extreme poverty. The eldest child Shobha was not enrolled in school at all as the parents needed her to baby sit the younger siblings. The family lived in a tiny tin sheet hut, in a crowded slum.

When the parents died, the eldest child Shobha was about 10 years old; the entire burden of the family- caring and rearing of the younger siblings aged 8, 4 and an infant brother, fell on Shobha’s shoulder. She used to collect and sell scrape materials to earn some money to feed her siblings. Fortunately, a distant relative and a few neighbors helped the family during the initial stages.

Shobha enrolled her younger brother Parshuram , sister Lakshmi and the youngest brother Kashinath in Government school in due course . Shobha got married when she attained puberty due to the pressure from the relatives. In the absence of proper guidance, Parshuram dropped out from school when he was in grade 7  and  followed his father’s food steps – as an alcoholic causal laborer. It was then Lakshmi’s turn to look after the family .She was only nine years old and was studying in grade 4 when the entire burden of household work came on her. She somehow managed the work at home for a couple of years. When  her elder brother’s alcoholism moved from  ‘bad to worst ‘,  the family often  was on the verge of starvation. Lakshmi  had to drop out of school when she was in grade 6 to earn some money to feed her brothers, though she had a strong desire to study.

It was at this stage IDEA started working in the slum where the family was staying. Due to the counseling and support from the Social Workers, Lakshmi was re-enrolled in school. She started attending school and  the study centre run by IDEA . Her younger brother was also selected for sponsorship support. We also supported the family with supplementary nutrition. We are also trying to wean the elder brother away from alcoholism but yet to be successful in our attempt. However, he now contributes some money towards the needs of the family.

Lakshmi saves some money by working as a part time servant during long summer vacation. As she is in grade 8, i.e in high school classes, she needs to spend more time on studies when the school reopens in June.

Lakshmi is good in extracurricular activities like dancing, making mehendi designs (an art of decorating hands and legs with  henna), jewelry etc. She has benefited through hobby classes run by IDEA in community. She aims to be a Police Officer because she likes that profession.

There are many such children in slums who have been able to dream big due to the support from kind-hearted people like you.

On behalf of all of them, we express our sincere thanks to you. 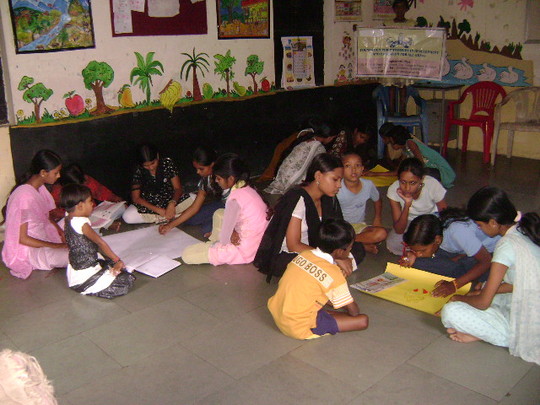 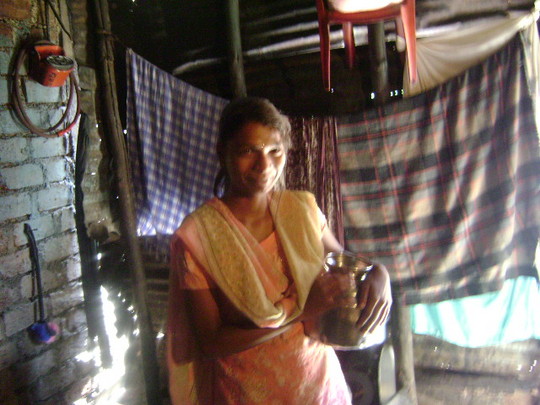 Condition of her home 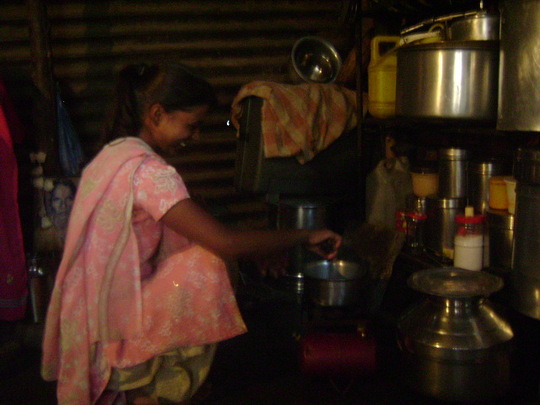 Cooking food for the family 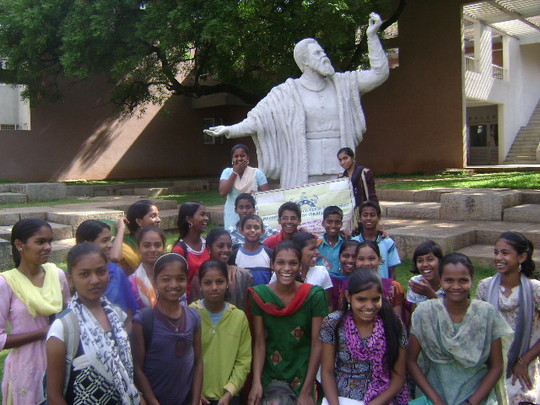 Lakshmi during a visit to a science centre 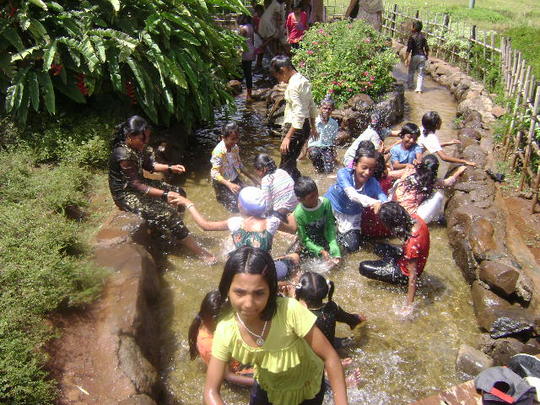 An update report on the progress of the project. 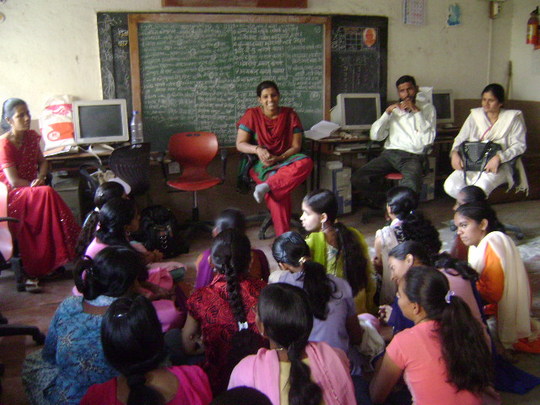 This is to express our thanks & also to update you about the progress of the project. Due to the tremendous response we have received to our request for support during the ‘Global Giving’ open challenge, we have received 4018 USD from 56 kind hearted and generous donors .This enabled IDEA to secure a permanent spot on GlobalGiving.

IDEA runs educational activities in 8 slums in Pune . The objective of running ongoing activity-cum-study centres in these slums is to inculcate regular habits in children & to provide guidance in their studies and to provide opportunities for the marginalized children for their all round development.

During long vacation children are exposed to various arts & crafts along with indoor games with a focus on improving their vocabulary & skills in reading & comprehension. A few examples of these entertainment activities with an educational ‘ touch’ are group reading- story books-, word making games & mathematical games. Children enjoy these activities. Dance appreciation class, drawing class , paper arts like Origami are a few activities to create opportunities for talent development & to utilize the leisure time constructively.

Another highlight of these activities is the active participation of adolescent beneficiary children – ‘ youth group members’- in planning and organizing activities for the younger ones.

While the beneficiary children enjoy the summer vacation, IDEA staff is busy in conducting capacity building training for the field staff- the teachers from the slums who are involved in the educational activities , identifying new project areas through field studies , planning for educational aid distribution that will take place during the 1st week of June , validating the academic progress of children, evaluating the programs undertaken during last academic year & making modifications if required . 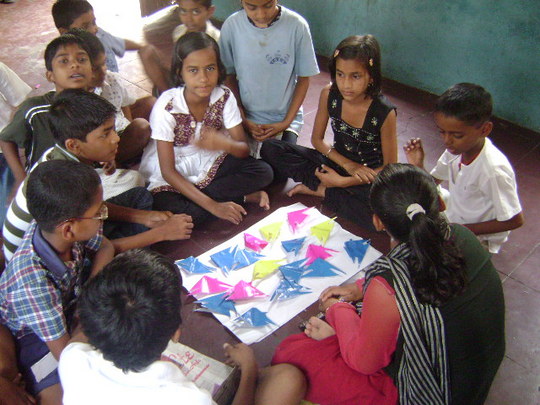 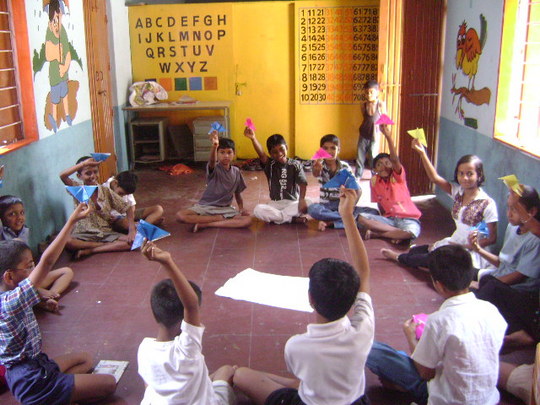 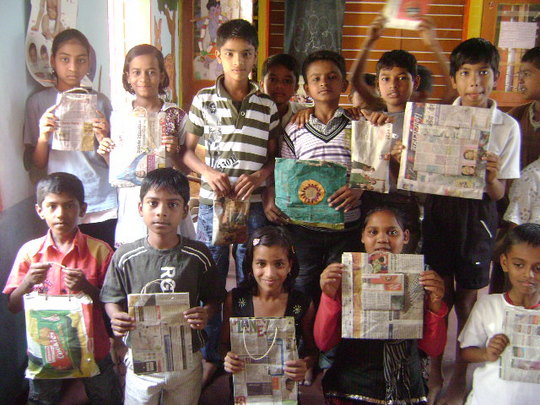 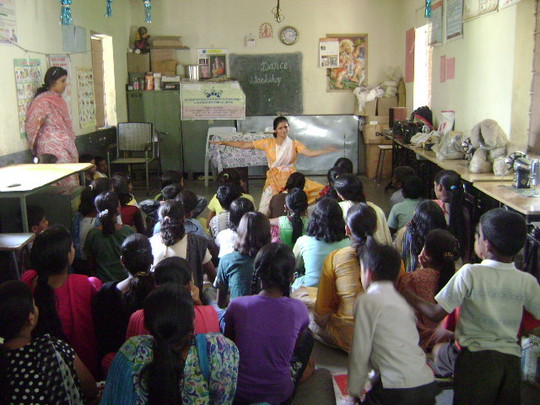 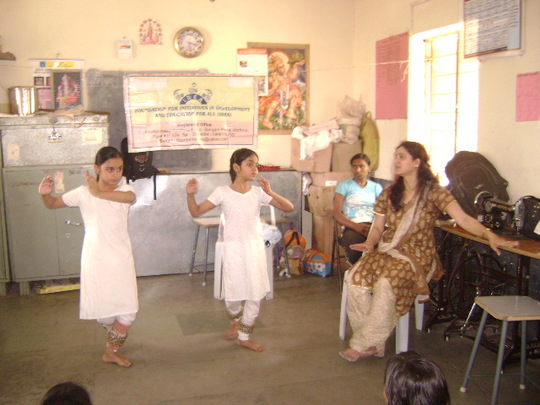 Dance class
‹ 1 ... 52 53 54 55 56 57 58 59 60
WARNING: Javascript is currently disabled or is not available in your browser. GlobalGiving makes extensive use of Javascript and will not function properly with Javascript disabled. Please enable Javascript and refresh this page.