Using Technology to Save Pets' Lives 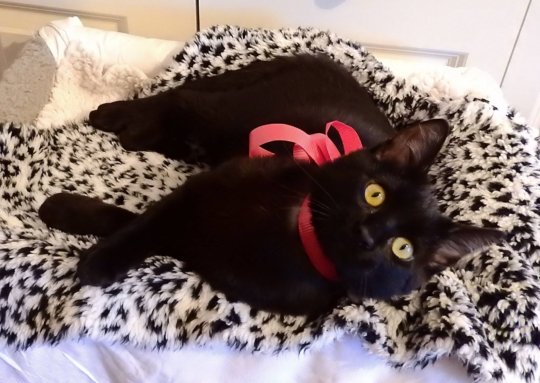 Batman was thrown out of a moving car

Shelters and rescue groups are increasingly making the most of technology to save homeless pets. That's why we've been giving grants designed to help them do just that. Here are a few examples of pets saved by our tech grants:

Batman
A volunteer for Community Concern for Cats in Walnut Creek, Calif., witnessed this tiny 6-month-old kitten being thrown out the window of a moving car. Once safe in the care of CC4C, he was given medical care, neutered and showered with love. Despite his rough start, he was very friendly, and was quickly adopted by an adoring couple at one of the group's pet-store adoption sites. His adoption was expedited by one of the three wireless credit-card terminals CC4C had purchased with our technology grant. The terminals allow volunteers to spend less time processing payments and more time rescuing cats like Batman. Read more about how our grant helped cats like him.

Donna
When Donna came to Mutt Scouts in San Diego, she was completely hairless and covered in sores from severe mange. She had been chained up and left for dead as a young pup. Mutt Scouts spend months nursing her back to health -- but still, as a "big black dog," she was overlooked by adopters. Then, Mutt Scouts purchased a new camera with funds from our technology grant. Donna was the first dog they photographed with it. She was soon adopted by a woman who loves her -- and who says it was Donna's smile in her online photo that caught her eye. Read about more dogs helped by our grant to Mutt Scouts.

Mike B.
Mike B., a stray cat, was suffering from serious bite wounds to his face when he was rescued by the Tree House Humane Society in Chicago. He also had lesions on his legs, a severe upper respiratory infection and a mass on his tongue, and tested positive for FIV. Shelter staff were not sure whether Mike would survive, but they gave him the medical care he needed and, miraculously, he recovered. Soon, his joyful personality emerged, and he was adopted. He now spends his time playing with his fellow FIV+ rescue cat, Chuck. Mike B. was featured in a video made with help from our technology grant, which funded equipment to help promote more special-needs cats like him. Find out more about this grant.

Sunshine
Animal cruelty convictions and stiff penalties have historically been hard to come by in Fulton County, Ga. But thanks to equipment purchased with funds from our technology grant to LifeLine Animal Project in Atlanta, including digital cameras and GoPro video cameras, those who abuse pets like Sunshine are being brought to justice. Sunshine was found with a collar embedded so deeply in her neck, it had to be surgically removed. Field officers were able to document her condition and present the evidence at trial, and her former owner was convicted and sentenced to 60 days in jail. Sunshine recovered and has been adopted! Read her story. 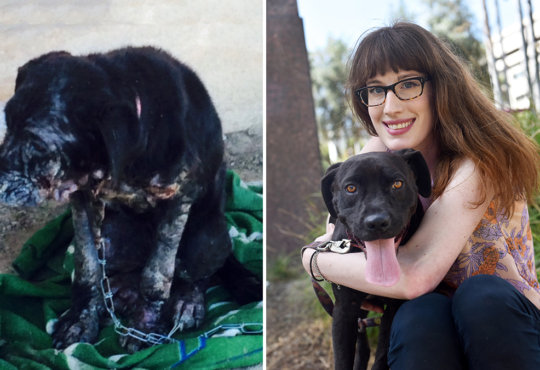 Donna had been chained and left for dead

Mike B. had severe bite wounds all over his face 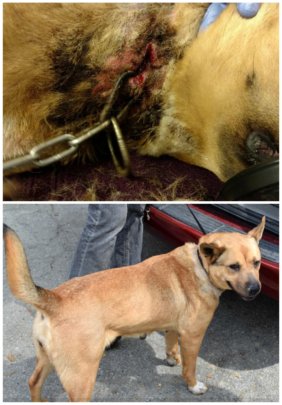 These Pets Are Now Free from Pain Thanks to You! 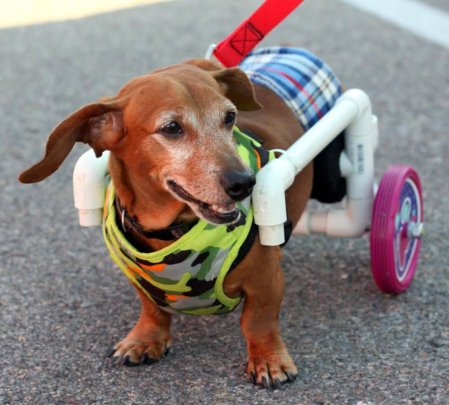 Man Man is happy and healthy thanks to our grant.

Thank you so much for supporting the Petfinder Foundation's Emergency Medical Grant fund. Every month, we award grants so that adoption groups can assist homeless pets in desperate need of veterinary care. Here are just a few pets whose lives have been changed recently by donations like yours.

Man Man
When the 9-year-old Dachshund arrived at the Kansas Humane Society in Wichita, he couldn't walk due to a ruptured disc in his back that left his hind legs paralyzed. Our Emergency Medical Grant helped the shelter pay for a wheelchair for Man Man, as well as laser and water therapy, where he swam and walked on an underwater treadmill. Both of those treatments helped him significantly. Man Man is now happy and healthy in his forever home. “Thank you to the Petfinder Foundation for the emergency medical grant providing much needed care for pets like Man Man,” says KHS President/CEO Mark Eby.

Hunter
Dumped on the streets and then brought to a crowded shelter in the South, 2-year-old Hunter was at risk of euthanasia before he was taken in by Long Trail Canine Rescue in Wilder, VT, and placed in a foster home. But it quickly became apparent that he was in pain when he walked. A visit to an orthopedic vet revealed that Hunter needed surgery on both hips. Our grant is making that treatment possible. "Hunter is well on his way to a life of a normal dog, free of pain," says Long Trail VP Kim Frigault. "One more surgery to go and some recovery time with his adoptive family and Hunter's future is looking bright. Thank you, Petfinder Foundation!"

Felicia
Felicia was found by some children whose mother wouldn't let them bring her indoors, but she was clearly in poor health. Freedom Farm Animal Sanctuary in Hendersonville, TN, took her in and found that Felcia was very thin and had an upper respiratory infection, as well as a painful open wound on her stomach the size of a golf ball. A vet guessed that it was an old abscess that had ruptured. We gave the rescue a grant to cover Felicia's veterinary care, and she's now completely healed and ready for her forever home. "We would like to give a heartfelt thank you to the Petfinder Foundation," says FFAS's Kim Patton. "We are so fortunate to receive this grant."

Marcellas
The 10-month-old female pit bull mix who came to Stephen Memorial Animal Shelter in Fairfield, IA, as a stray, her right rear leg hanging limp. The vet thought it was a months-old injury that had not been treated, and recommended the leg be amputated. Says Executive Director Lindsey Sime, "Marcellas was given pain meds to relieve any discomfort while we tried to find a way to pay for her surgery. It didn't take long for the Petfinder Foundation to let us know that they would be able to help, and in mid-December, Marcellas had her surgery done. She had a very smooth recovery and was adopted on Jan. 7, 2016, by a wonderful family that renamed her Beauty."

Thank you for all your help enabling these and other deserving pets to live lives free from suffering! 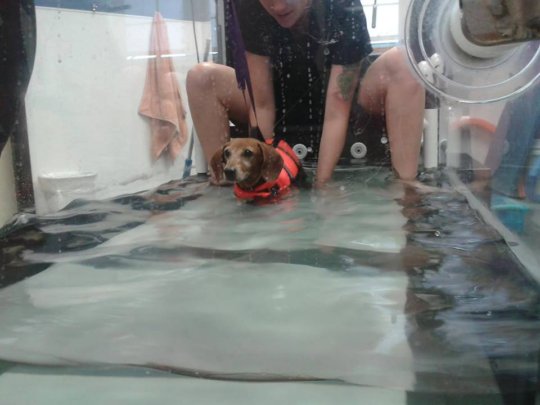 Man Man gets water therapy so he can walk again. 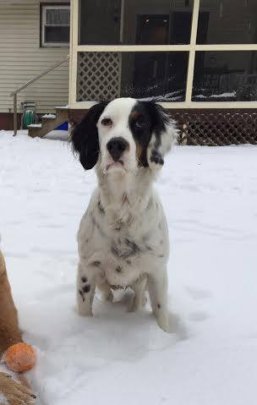 After hip surgery, Hunter will have a normal life. 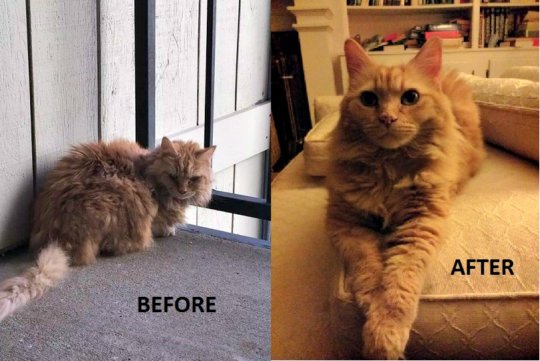 Felicia has recovered from an infected open wound. 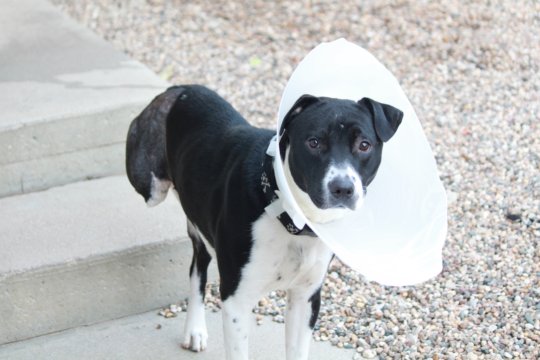 Marcellas is pain-free after amputation surgery.

Making Sure Shelter Dogs Have a Place to Play 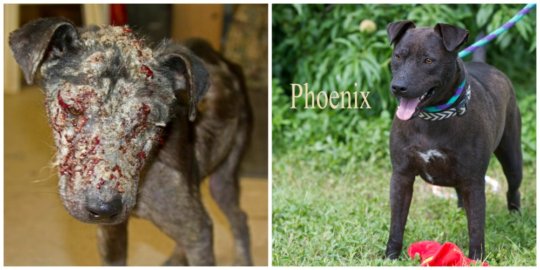 Phoenix before and after

We are thrilled to announce that we're giving animal shelters grants totaling $100,000 to construct outdoor dog play yards over the next two years. Having a place to exercise, receive training, and socialize with both people and other dogs is critical to keeping dogs physically and mentally healthy. Here are just a few dogs who have already been helped by play-yard grants we've given shelters in the past:

Phoenix
Phoenix came to Cinderella Pet Rescue in Penitas, Texas, emaciated and riddled with mange. After months of treatment, he was healthy enough to interact with other dogs, but he was reactive when dogs were brought close to his kennel or if he was on a leash. However, staff discovered that this seemingly aggressive behavior was actually a frustration with not being able to play. When he went out in play groups in the yard funded by our grant, Phoenix blossomed, and ran and played with other dogs. Today, Phoenix is happy, healthy and a staff favorite who's ready to meet his forever family. Read Phoenix's story.

Panda
Panda was found in a crate in an abandoned building. When she arrived at Adopt-A-Dog in Armonk, N.Y., she was terrified of the world and so shut down that she could not be brought to off-site events to socialize and gain life skills. Having the enrichment yard that the Petfinder Foundation helped outfit gave Panda a chance to explore new materials, such as tires and hay bales, on safe ground. Each day she came out of her shell more and more until she had enough confidence to finally go off-property. Now Panda can go on adventures to the beach, and when her forever family finds her, she will be ready to go home with them with confidence! Read Panda's story.

Austin
Our grant to fund a large, multi-section play yard at Three Rivers Humane Society in Madras, Ore., helped dogs like Austin, who used to bark furiously in his kennel when visitors walked by. Now that he can go let off steam in the play yard regularly, his barrier aggression has greatly subsided. He runs full-speed when in the play yard and can play chase and tug o' war with other dogs. This high level of activity helps him release his pent-up energy and stress, and when he meets potential adopters, he is more at ease. Read Austin's story.

It's hard to overstate how much play yards help shelters and shelter dogs. Even inside the shelters, because the dogs are tired, they're better behaved and bark less. This makes the environment more pleasant for adopters and staff, and improves both quality of life and adoption rates for the pets.

Thank you for your generous support, which enables us to give grants like these! 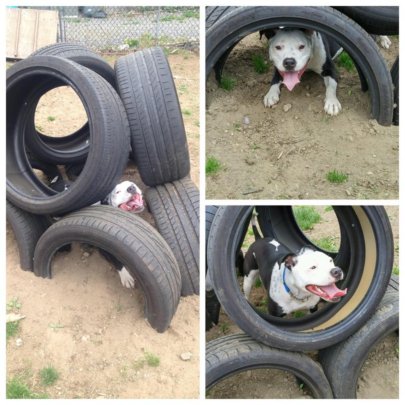 Panda in the play yard 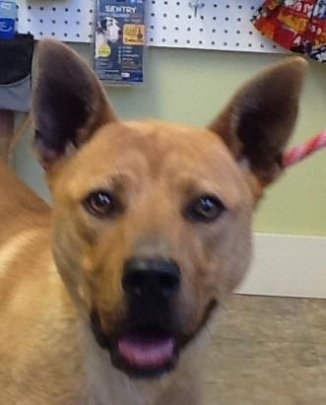