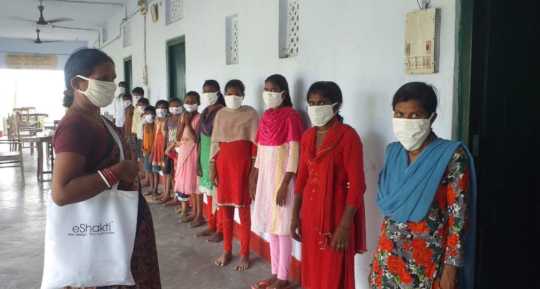 Following many months of lock-down in India that included the closure of the Kaliyachak Girls School in rural Bihar, we're pleased to report that the school re-opened this past month.

Adjustments to the school program include alternating school days for students to reduce the number of students in each class to allow for social distancing. More than 650 masks have been provided to students and their families donated by the Indian company, Eshaki and distributed by the local community organization that supports the school, Samaj Kalyan Mandal.

Earlier this year during the lock-down, this community group provided soap to take home and hygiene instructions to the girls to help prevent the spread of the virus, as well as rations for families of the students. Financial support from FORRAD, our partner in India, supported these inititaives.

Whether or not a girl goes to school -- and stays in school -- has a profound effect on her and on her future family. Staying in school longer means she will likely marry later, earn a higher wage, have a healthier family and send her own children to school. Your gifts help to create this positive ripple effect. 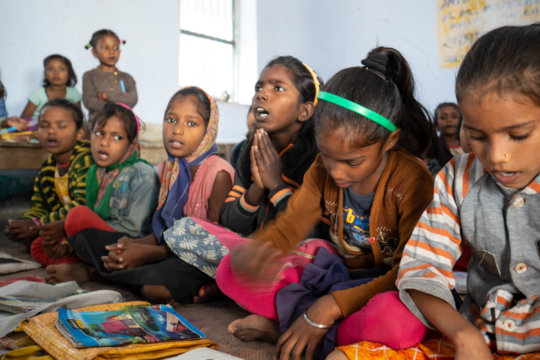 UNICEF has issued a report that the closing of schools has affected the education of 600 million students in South Asia.

From news coverage of the report, experts warn of the impact:

Warning about the unprecedented risk, Dr Yasmin Ali Haque, UNICEF Representative in India, told TOI, “The mass reverse migration from cities to rural India as a result of estimated 118 million job losses have caused extreme hardship for millions of people.”

Stefania Giannini, UNESCO’s Assistant Director-General for Education, had told in an interview that shutting down of schools was necessary but it comes with a warning of “potential for increased drop-out rates that will disproportionately affect adolescent girls, further entrench gender gaps in education and lead to increased risk of sexual exploitation, early pregnancy and early and forced marriage.”

According to the guidelines laid down by the UN agencies,”Schools do much more than teach children how to read, write and count. They also provide nutrition, health and hygiene services; mental health and psychosocial support; and dramatically reduce the risk of violence, early pregnancy and more. And it’s the most vulnerable children who are the hardest hit by school closures, and we know from previous crises that the longer they are out of school, the less likely they are to return.”

Reopening of the Kaliyachak Girls' School

The Kaliyachak Girls' School will be reopening next week after closure to prevent the spread of COVID-19.

Our goal is to raise funds to be able to provide raw vegetables and peanuts (protein) to each student to take home to their families each week so that the entire family gets better nutrition -- and the effects of "wasting" as described in this report and malnutrition are avoided. It will also be an incentive for the families to continue to send their girls to school. 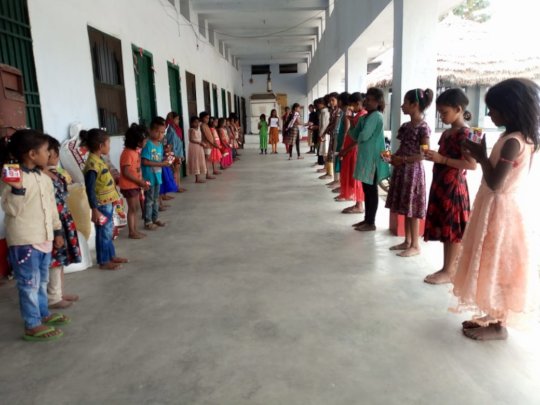 In March as the global pandemic spread and India began its lockdown, the students at the Kaliyachak Girls' School in rural Bihar, were invited to school to receive soap and instructions in health and hygiene practices to protect them and their families from catching or spreading the disease.

Use of masks or face coverings, hand washing, physical distancing and cough etiquette were taught as well as helping the students learn what the symptoms of the virus are and what to do if they have them.

Samaj Kalyan Mandal, the local community NGO that manages the school, also went to the panchayat (the local political representatives) to advocate on behalf of the community and ensure that all of the families, regardless of whether they had ration cards or not, received the monthly supplies from the public distribution system.

In spite of this distribution, malnutrition is growing. The daily laborers - now without wages - cannot afford vegetables or protein. For less than $1 per family per week, we can ensure that each family can afford vegetables and protein.

Please provide any support you can during this emergency. Your contribution will help provide food, soap and masks to keep the students and their families healthy.