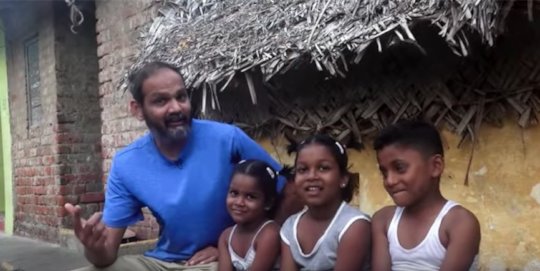 PlanetRead's work with same-language subtitles for literacy has been honored with a 2017 iF Social Impact Prize! Winning this prestigious award--selected by the top names in design and given in support of ideas that make progress toward one of the United Nations Sustainable Development Goals (SDGs)—will allow PlanetRead to make further progress with SLS initiatives, from subtitling film songs in multiple languages to creating anibooks for early-grade reading. The iF Social Impact Prize honors PlanetRead for "effect[ing] social change through design." "What does design have to do with literacy?" you may be wondering. As the iF website points out, "Often, innovation is the key to making an unique social impact, and since 'design is how it works' (Steve Jobs), design-minded people are in a unique position to make a difference in the way a service or product functions."One such design-minded person is Brij Kothari, the founder of PlanetRead, whose innovative thinking about literacy started with his own "aha! moment" of wishing for same-language subtitles for a movie in a language he was studying. He recognized, too, that many "literate" people in India lacked the ability to read a newspaper. He wondered if adding SLS to content that people want to know, such as song lyrics, would help them move from identifying letters to reading words. He began to study the effect of adding SLS to popular film songs on television. The results were persuasive--you can read about them on our website (see the link below).The UN Sustainable Development Goals show the path to a better world by 2030, and their aim is to "reach the furthest behind first." SDG 4 is "Quality Education," and PlanetRead's work strives to help everyone in India—children and adults, in school and out of school, rural and urban—become fully literate.Go to the link below to learn more about the iF Social Impact Prize on the iF's ongoing "World Design Guide."We're thrilled that Brij's simple, scalable idea has attracted this attention. Thank you to the iF Social Impact Prize committee, and thanks to you for your support! 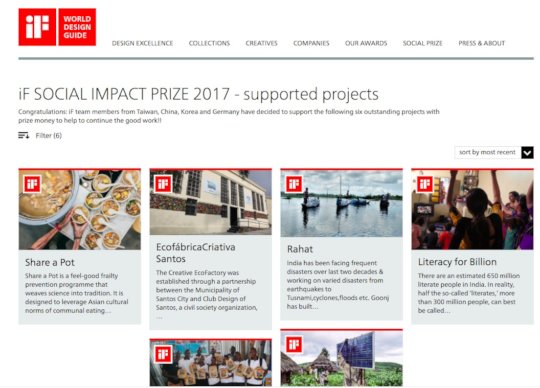 Winners of the 2017 iF Social Impact Prize

We are delighted to let you know that PlanetRead was recently featured in "BBC Future untold world". Untold World is a special series from BBC Future that covers technology’s global impact, far beyond Silicon Valley. Discover more stories about how technology is profoundly changing underreported communities the world over.

This article is an excellent narration of our work starting from the very beginning right up to the latest discussions with the top government policymakers. And what's more, this article has already been translated into 3 more languages, namely: Hindi, Vietnamese and Bahasa Indonesia.

Here is an excerpt from the article:

Yashoda, a resident in rural India, hops on the bus to a nearby village to visit relatives. Three years ago, she might not have been able to make that trip to see her family. She wouldn’t have been able to read the signs. Like a lot of women in her village, Yashoda never went to school. But a few years ago, the 42-year-old attended adult literacy classes held in Kalambusre, her village in the western Indian state of Maharashtra, and gained basic knowledge of the alphabet and numbers in her mother tongue, Marathi.

Beyond that, she couldn’t do much more than try reading simple words in a newspaper. But now she can read bus stop instructions. So how did Yashoda bring her abilities to the next level? Surprisingly – by watching a lot of TV. She used a programme that combines eye-tracking technology with karaoke-like subtitles that helps people learn the words at the same rate as they’re spoken or sung. It could be one way nations build up literacy globally

In 2011, there were 780 million literate people living in India, or 74% of the population. But an estimate from PlanetRead, an Indian non-government organisation, shows that at least 400 million “literate” Indians – mostly rural and semi-urban – cannot actually read a simple text in everyday life.

But the twist? There are also 780 million Indians who watch on average more than three hours of TV every day. Like many of them, Yashoda spends a lot of her time relishing Marathi-language movies on Zee Talkies, a private Indian broadcast channel. She enjoys reading along with the subtitles displayed with the songs. And it’s improved her literacy... 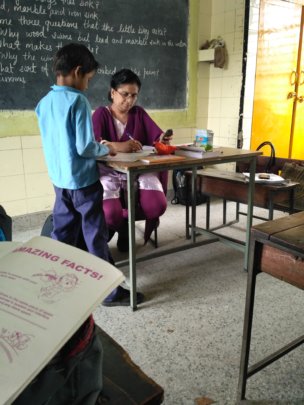 We are happy to announce that we have just successfully completed the baseline study for the ongoing project "AniBooks for Early Grade Reading". Click here to read more about this project.

The main goal of our project is to produce 40 AniBooks (animated stories powered by SLS) in English and Hindi and distribute them on all "screens" that children have access to. We have partnered with organizations that work at the grassroots level to distribute our the AniBooks. Before we distribute the AniBooks to the children, we need to do a baseline study to understand their current reading levels so that we can do another study at the end of our program (i.e. after 9 months) to see if AniBooks have helped in improving their reading skills.

As part of our direct intervention, we reached out to Society for All Round Development (SARD), an NGO based out of New Delhi. We had a meeting with Sudhir Bhatnagar, CEO SARD on 31st May where Brij Kothari (Director, PlanetRead) discussed working with SARD to conduct the baseline study and also carry out the implementation. Following Brij Kothari’s meeting with SARD, the PlanetRead team comprising of Nirav Shah, Hema Jadhvani, Ketan Deshmukh and Vijay Shinalkar visited the SARD in New Delhi from 19th June till 23rd June. The PlanetRead team conducted pilots with the AniBooks and spoke to the SARD team on how the baseline can be conducted and also planned steps for the implementation of AniBooks. Based on this preliminary visit, the PlanetRead team again visited SARD in the last week of July 2017 and conducted a baseline study.

We went to a total of 12 government schools in the outskirts of New Delhi. There were 4 classes in each school and each class had approximately 50 students. So, we have covered roughly 2400 children in 12 schools for the baseline study. It took us 5 full days to do a trial and then conduct the baseline in all those 12 schools. Once the baseline survey was completed, we setup TVs in those government schools, which will be playing the AniBooks periodically.

Our research team is now going through the survey forms from the baseline study. We will be analyzing all the data and preparing a detailed baseline report.

More updates coming soon. Thank you for all the support! 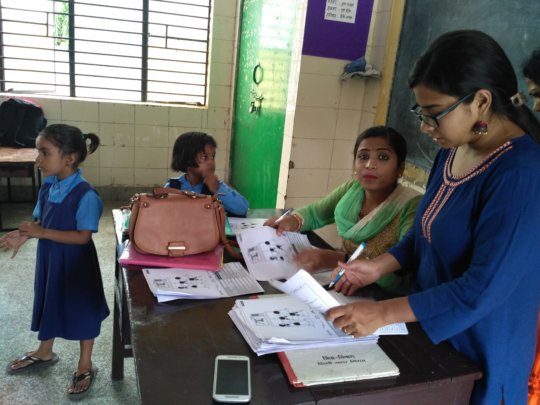 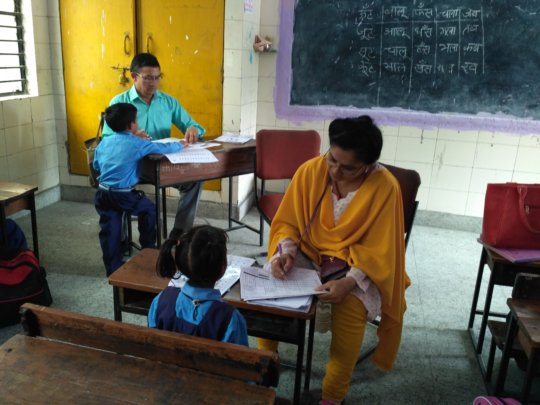 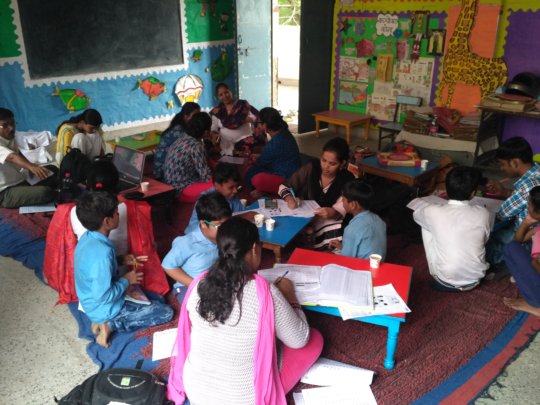