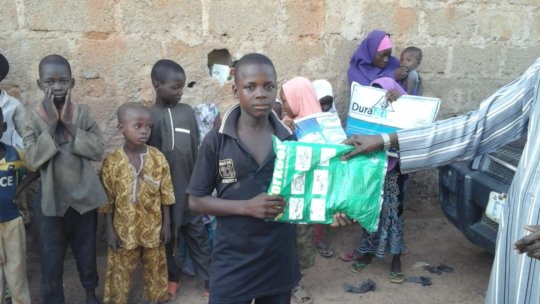 One of the children in Madobi

As part of our resolve to ensure we have a malaria free environment in our communities in Kano; our strategy this past quarter was focused mainly on strengthening our surveillance through tracking of the number of cases of malaria infection in the communities we are working in. The method we used was survey forms given to the women in the community after having talks with them on home management of malaria with records from the community hospital.

We also embarked upon advocacy visits to the local governing council to get their committment to invest more in to the reduction of malaria by providing Insecticide Treated Nets for the communities.We have thus written to the local council head for us to partner with them on evaluating the impact we have thus far made in the distribution of the ITNs as well as the number of cases of malaria per community but as as at filing this report the local council is yet to get back to us on the partnership.

There were also ITNS that we redistributed to families in Burkiya, one of the communities worst affected with malaria cases. During the forth coming Malaria week of April 13-26, 2020, we intend to do more surveys to track the prevalence of the disease and the coverage of ITNs thus far, conduct malaria tests using the Rapid Diagnostic test kits and increase our advocacy to private companies to invest in reducing malaria where they are located as their corporate social responsibility.

We are aware that much more needs to be done to cover more communities and these are the ways to which we can reach out to these communities to evaluate work done thus far. This only possible through your kind donations and continued support to distribute more ITNs, increase our survellience mechanism, residual indoor spraying and rapid diagnostic test kits to test community members for malaria. 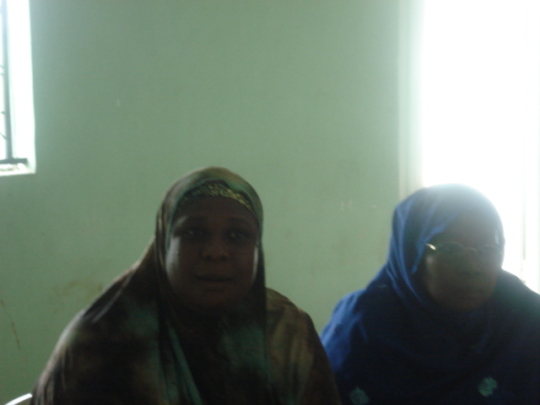 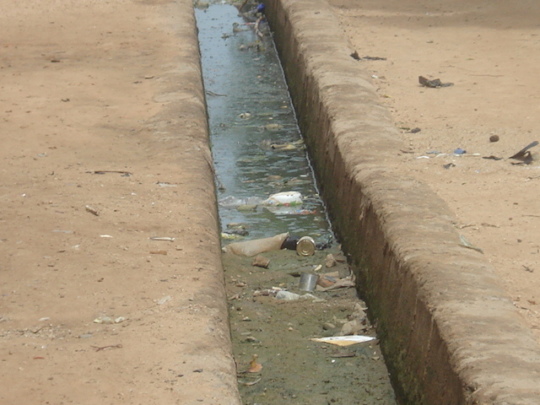 State of drainage as a breeding ground 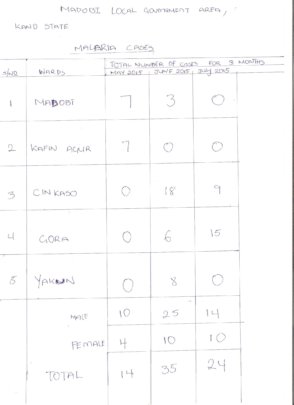 Report from communities in Madobi after tests

A ray of Hope 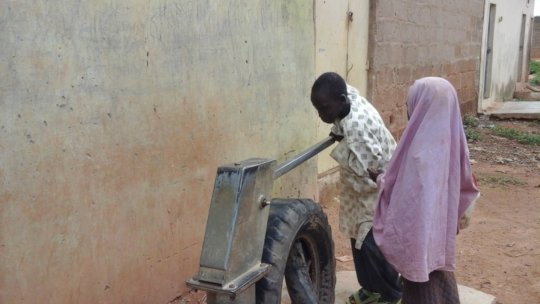 One of the rehabilitated hand pumps

A ray of hope is being given to the children of Gadan, Amarzakaya, Yar Kuje in Tudun Fulani, Ungogo Local Governing Council in Kano, Nigeria. With our campaign of one community at a time we have been able to gather data on the total number of handpumps in the three communities, the population size, the total number of functional handpumps and the organisations that set them up.

We have thus far rehabilitated 5 faulty hand pumps in the communities, installed 2 new hand pumps , signed an MOU with the local council on helping the communities with major repairs, set up a steering committee of three members for each handpump that was repaired that will oversee the security of the pumps against vandalisim and also as collectors of funds from the households for maintainance to providing wash materials for familes and also to teaching the children good hand washing practices.

All of this could not have happened without your continued support and kind donations. Now the children in our communities can source for water from these hand pumps, finish their chores at home and getting ready within minutes to go to school. Aray of hope has being brought to our communities because of U!!!

A whole lot needs to be to done and we would like to thank you for your faith and trust in us at Serendipity to be the linkage between you and the communities.

Thank you ever so much 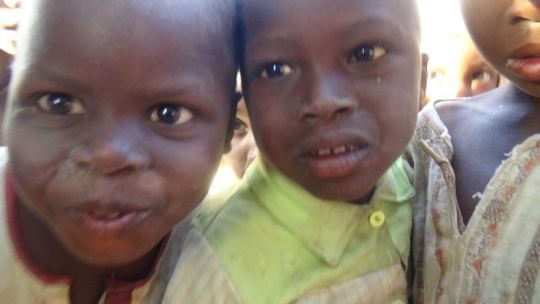 Hope in their eyes 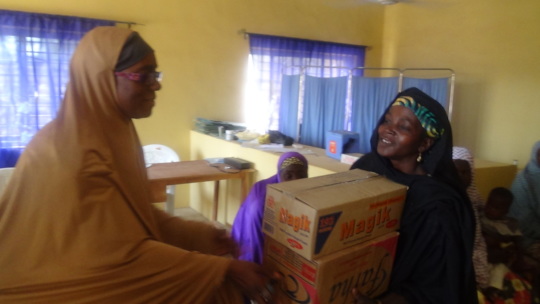 WASH Materials given to the mothers 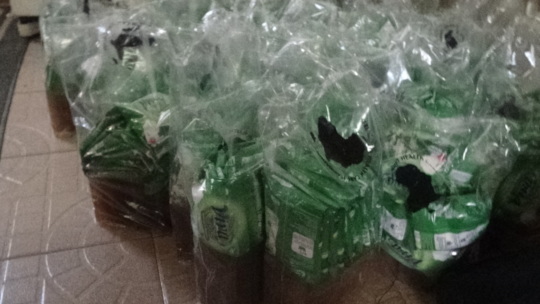 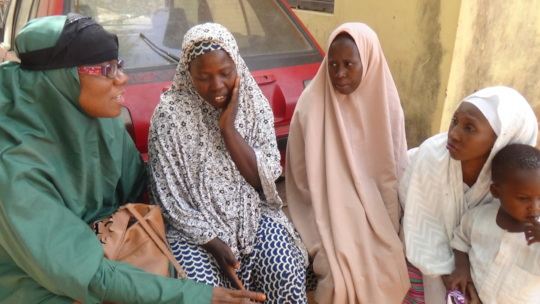 Project Leader with some of the new batch of women

In continuation of ensuring that we empower and uplift the women of Tofa out of poverty and to reduce post-harvest losses from their farm produce. We were unable to garner enough funds during this time frame to procure another processing machine at which we can present to another batch of women cooperatives and train them thus we decided to restructure our project to in calculate our new strategy.

A new batch of ten women were trained on post-harvest losses of their farm produce as well as how to process groundnuts into oil and local snack called “Kuli Kuli”. Upon conclusion of the training we placed the ten women under the first cooperative group Sauki Women cooperative to work together as one to achieve growth and success thus increasing the number of women coming out of poverty in the community.

A soft grant of $30 was also given to each of the ten woman such that they can jumpstart on the business as a group pulling these funds together as a team and improving on their way of life through the cooperative with the Tofa Development Association as a supervisory body for sustainability.

Further talks and encouragement were given to the first initial set of ten women by the head of the Tofa Development Association who is the supervisory body overseeing the progress of the women to accept these new batch of ten women into their group and they should work as a team to improve upon their lives thus being of assistance to their families and community at large.

The sales of the produce of processed groundnut oil and snacks by the 30 women thus far empowered and this new additional 10 women is currently at the local level as most of what is produced is being sold within the community although they are yet to meet the demand, their lives have improved tremendously (our last video report) and they have being of assistance to their families.

Much work needs to be done and with your continued kind donations we can empower additional 60 more women bringing them out of poverty by the end of the second quarter of the coming year and thus can be replicated in other neighboring communities as the women thus far trained will not only act as mentors but will also train other upcoming women. Will you help them to succeed on this dream? Your donation towards provision of locally fabricated machines, training of entrepreneurial skills to these women will not only alleviate poverty but in sync with achieving sustainable development goal 1 which is to end poverty in all its forms through target 1.2 and 1.4 to reduce the proportion of women living in poverty and having access to economic resources.

To learn more about our work, check out our webpage on http://www.srendipityhealthcare.ngo; become our friend on Facebook/serenhealthcare and follow us on twitter @serendipityHea1 or send us an email for any enquiry or advice at serenhealthcare@gmail.com. 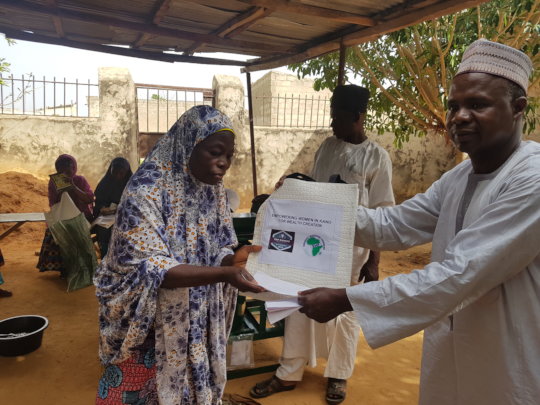 One of the beneficiaries 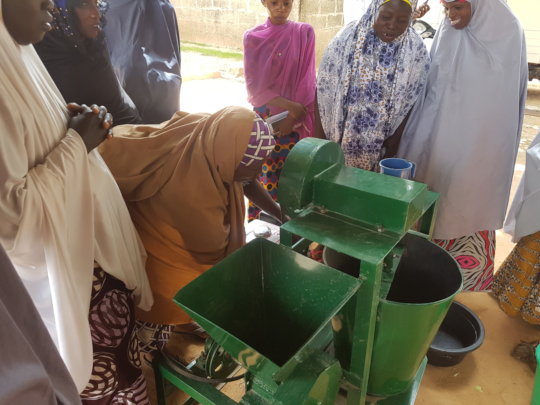 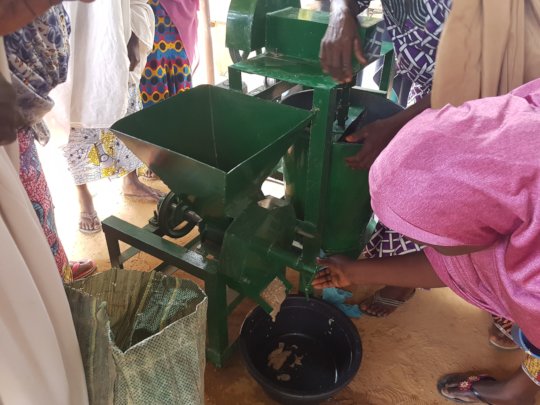