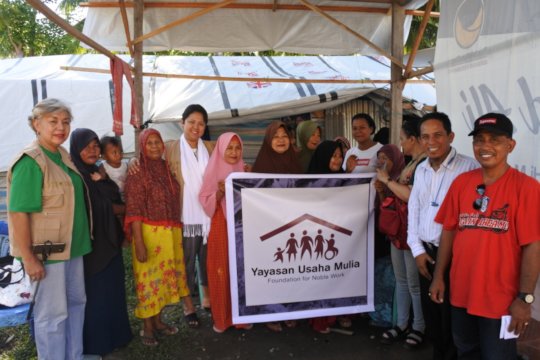 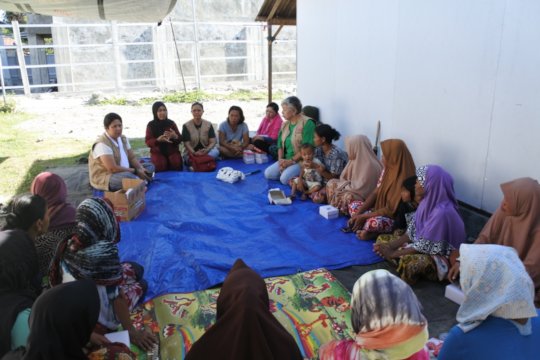 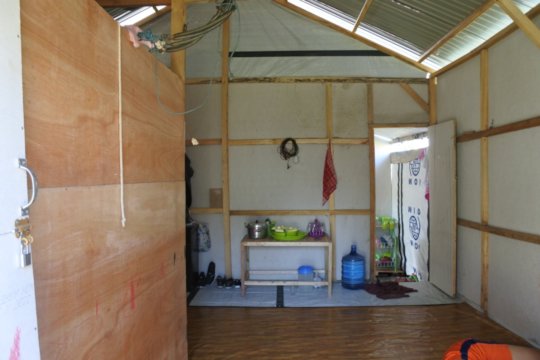 International Read to Me Day 2019! 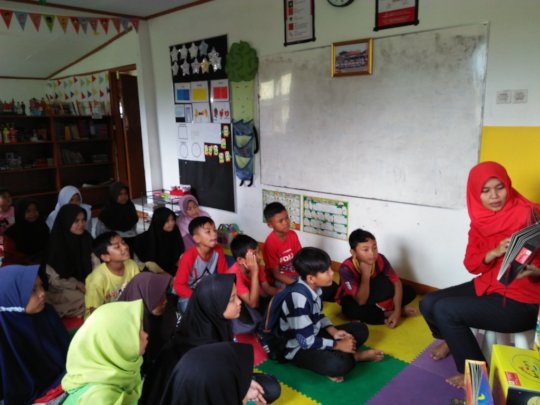 Miss Agnes reading the book for the children

It takes a village to raise a child and it takes a child to inspire a village — Emma Mactaggart, The Child Writes Fund

Since 2017, the YUM Community Library in Cipanas has been continuously increasing the awareness of the right for children to have adults read to them - especially their parents - through the International Read to Me! Day campaign.

This year the event took a place in the YUM Preschool room with around 40 children age 6-12 years old. The stories were read by Miss Agnes and Miss Desy, YUM’s librarian and Preschool teacher. The children listened to the stories from the pop-up book “Amazing WOW” series.  The stories are about siblings who travel to outer space and travel by air balloon. The children enjoyed very much listening to these amazing stories, seeing the beautiful pictures and sounds from the books. We also gave the children an opportunity to show their ability in reading. They picked their own books and read in front of the other children. The reader with the best storytelling skills received a small gift from YUM.

For some children it was their first time having someone read a book or story to them. Most of them have never been read to by their parents or adults. They started to read books themselves when they joined the YUM library. We hope that by doing this activity, the children will have continue to read books or stories for their younger sibling, friends or anyone around them in the future.

Thanks to your support through GlobalGiving, YUM is able to provide the latest quality  reading material for the children and increase their awareness about the important of reading. 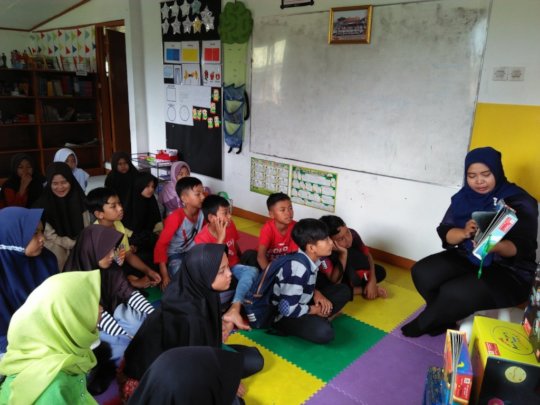 Miss Desy reading the book for the children 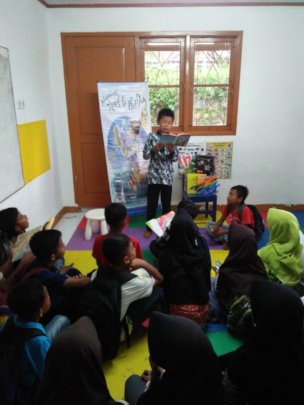 A boy read the book for his friends 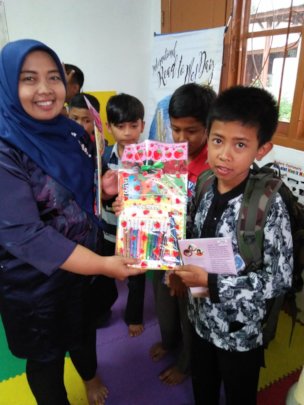 One of the Telling Story winner 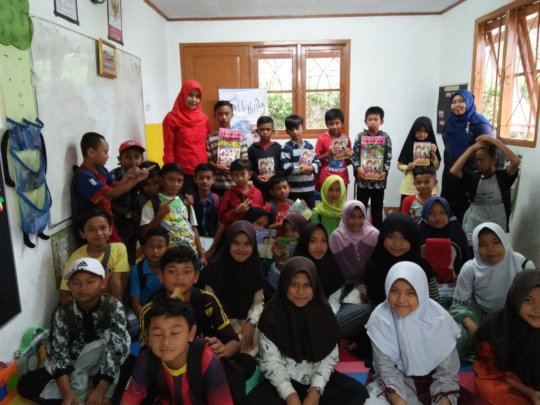 A Wonderful Visit from Former Volunteers

In 2016, Grace Orange spent 3 months for an internship program at YUM’s Head Office in Jakarta. During her internship, she had the opportunity to visit both of YUM’s sites; Cipanas, West Java and Palangkaraya, Central Kalimantan. A few years after her internship ended, she came back to Indonesia to visit YUM again! This time, Grace came with her friend, John who was also has interested with YUM’s projects.

During their visit to YUM’s projects in Cipanas, Grace and John joined the English class at the Vocational Training Center (VTC). The course took place on a Sunday because the students in this class agreed to have their course in the weekend due the full day school schedule on weekdays. The students were divided into two groups, boys and girls. They practiced their English with Grace and John for more than 2 hours. Mr. Ray, their tutor, guided them during the class. They talked about their hobbies, the culture and youth in general. Grace and John also shared a few Australian English words which are often used. At the end of the session, one of the students played the guitar and sang a song as a token of his appreciation for Grace and John’s visit.

Having the opportunity to practice English with native speakers is one of the advantages that the student of YUM’s VTC Cipanas can get if they enroll in English class. And with two dedicated tutors, Mr. Cecep and Mr. Ray, learning English at YUM is always fun and easy!

YUM’s VTC has been very fortunate all these years to be supported by many generous donors through GlobalGiving. Thank you for continuing to support us! 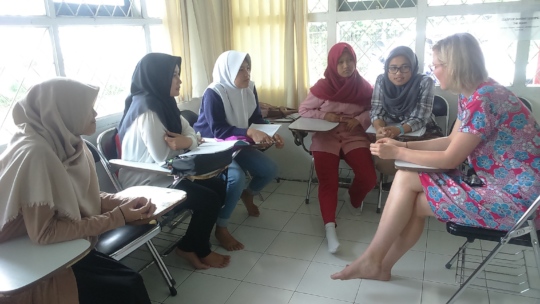 Grace with the girls at VTC English course 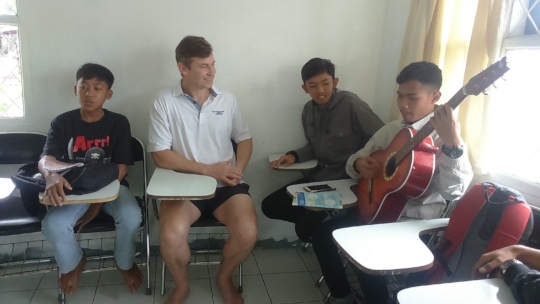 John with the boys at VTC English course
‹ 1 ... 6 7 8 9 10 11 12 13 ... 47 ›
WARNING: Javascript is currently disabled or is not available in your browser. GlobalGiving makes extensive use of Javascript and will not function properly with Javascript disabled. Please enable Javascript and refresh this page.