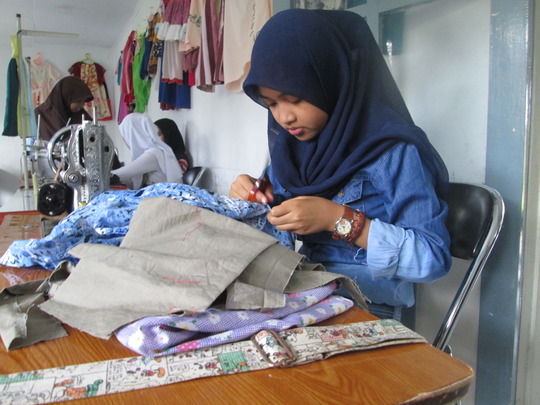 The student was making a skirt in Sewing 'Clothes'

For the sixth term of the VTC we were able to open 13 classes consisting of 2 Sewing Classes, 6 Computer Classes and 5 English Classes with a total of 218 students, starting on January 20th until mid of April 2014.

At the beginning of this term, we explained to the students that if they could not attend 75 % of the classes, they would not be entitled to receive the VTC certificate. After 3 months of classes, we held a final exam for 2 weeks in early April consisting of written and practical tests. In the end, a total of 191 students out of 218 students were entitled to receive the certificate.

The Job Seeking Skills workshop was held 3 times for 105 participants, consisting of VTC and non VTC students and discussed about; How to make an Application Letter and a Curriculum Vitae; Job Interview; and Knowledge and Skills needed by Companies. The workshops aim to help the participants prepare for facing the highly competitive working world.

Besides that, we noticed that the majority of the mothers who bring their toddlers to the YUM pre-school were waiting for the end of classes without have much to do. Because of this, the idea rose to include these waiting mothers in a new workshop: The Women Empowerment Workshop. We offered to train them in making recycled products by hand such as pouches and bags made from plastic waste of coffee packaging. All the mothers showed their interest in this workshop.

At the same time, YUM conducted a survey in which the community’s needs were assessed. Out of the 47 respondents, we found that 32 respondents or 68.08 % of the respondents were interested to follow a cooking class (food or snacks processing) in order to increase their income and help them to find work.

The cooking classes were included in The Women Empowerment Workshop, besides making recycled products. We started this workshop as a pilot project with the 15 mothers who bring their children to the pre-school. The workshop is held once a month for 2 hours and has been held now for 6 times. YUM provides the material and the tutor, and after that the group will continue to make the products themselves, supervised by the tutor. The workshops ran smoothly and they could even earn some money by selling their products. We have good faith that the project will be sustainable as it is both for and from the women.

Thanks to Priscilla Hall Memorial Foundation (PHMF) we could renovate the VTC building, which had served for more than 30 years. The renovations started mid-April, after the classes and final exam finished. Initially, we were only planning to repair the roof and replace some of the doors and window frames. But by the time the renovations began, we found out that other window frames also needed to be replaced as well as some broken windowpanes, and we also decided to fix the ceiling and paint the walls. These additional works make the renovation longer than planned, but hopefully it will be finished before the seventh term starts.  Thank you!!! 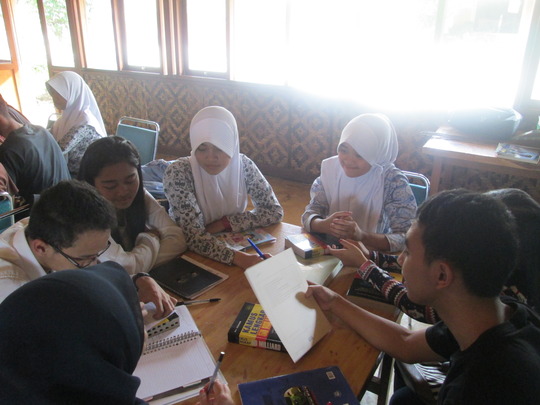 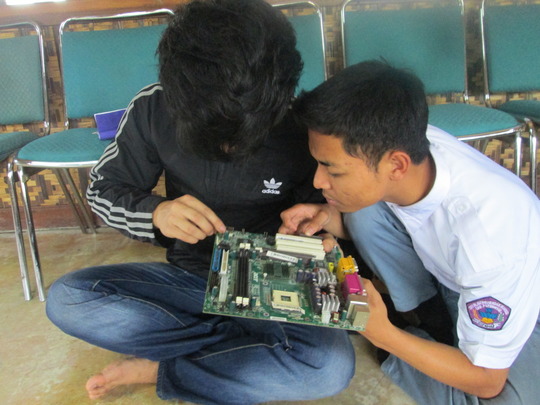 The students learned how to repair the computer 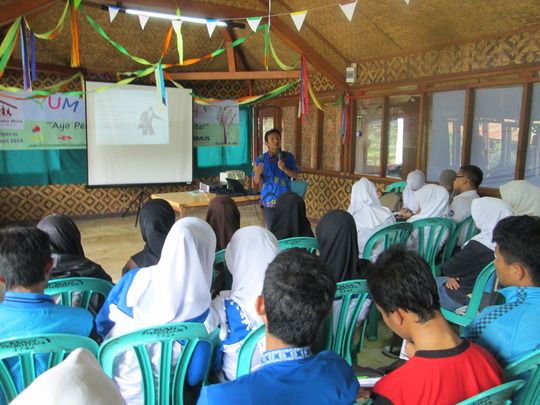 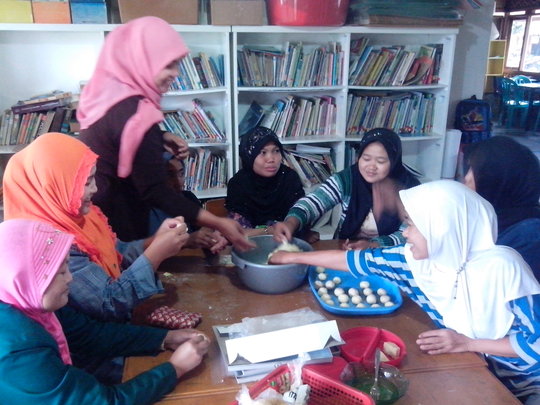 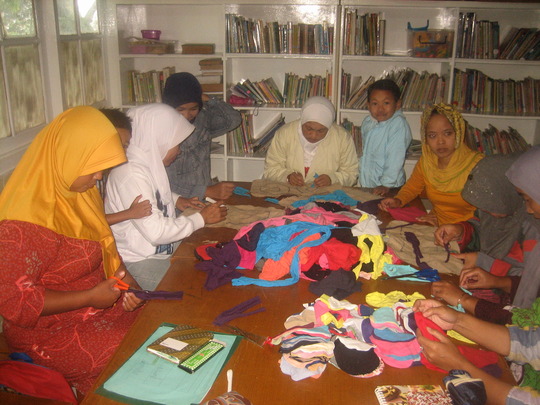 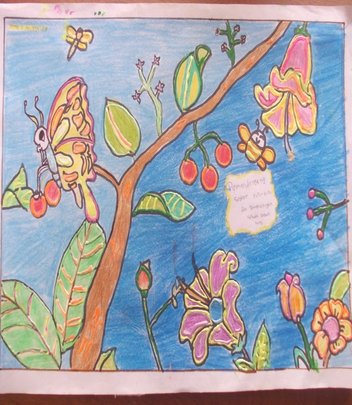 During the past 3 months, the YUM Kalimantan Library has been reorganized in order to increase our services to the children and the wider community in Kalimantan. The daily activities schedule, the books collection and the equipment became our priorities since these are the main facilities provided for visitors. Therefore, Isna (the YUM librarian) was helped by a volunteer from Belgium, Margot Depraetere, to reorganize the library, especially by managing the books collection.

They checked the numbers and the types of books, sorted old/not worth reading books, deleted the sorted books from the library system Athenaeum Light 6 and sorted the books on shelves in accordance to each category, ranging from small to large numbers to simplify finding books. Old books but still worth reading were given to the children, some school books were given to schools around YUM Kalimantan or saved in a storage. We also bought around 137 new books in Jakarta, especially the most favorite books. Hopefully through reorganizing the library, we can attract more visitors to visit the library.

In May, we also restocked the equipment needed for the daily activities in the library, such as drawing books, water color paint, crayons and color pencils for drawing and coloring activities; origami paper, ribbon, paraffin, etc. for arts and crafts activities; pens, pencils, erasers, etc. for stationeries; CDs, VCDs and DVDs and more.

In addition, we started to teach a traditional local dance from Kalimantan to the children, called Dayak Dance. The dance class is taught by Ibu Endah, a teacher from Bina Cita Utama School in Kalimantan who had already taught Dayak dances to other groups and even won some competitions. We hope that through the traditional dance class, we can teach the children to love their own culture.

Hopefully, by reorganizing the library, we can attract more visitors to come and enjoy the library activities. Thank you for your support to make our dream come true to help increase children’s quality of education in Kalimantan. Thank you! 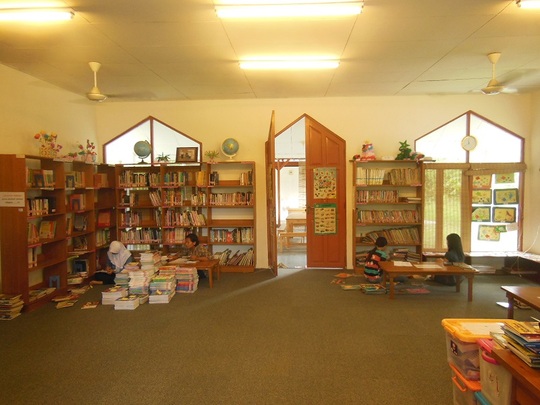 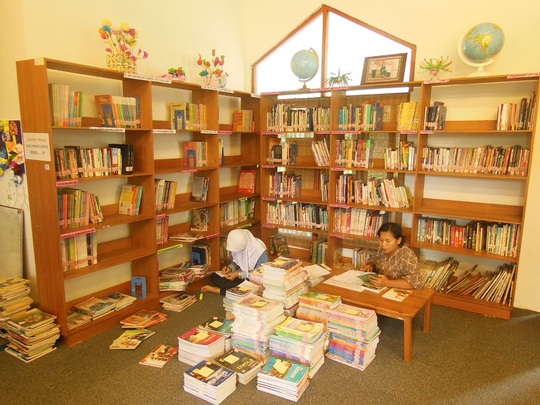 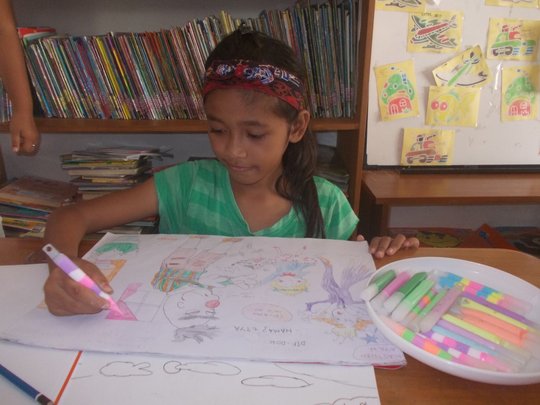 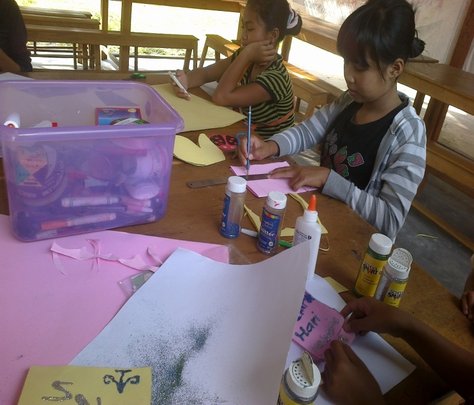 A Thousand Words of Thank You 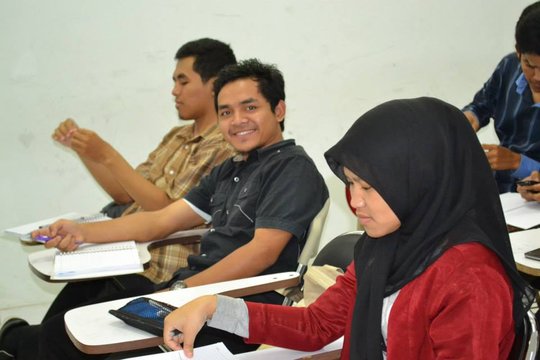 Thanks to your support that I can be here

How are you? I hope this email finds you well.

In my first letter, I would like to say thank you very much for your generous support in realizing my dream to be an IT Expert through the GlobalGiving website. I am very happy and grateful for being selected as your recipient of this scholarship.

I have many dreams, because I believe success starts with having a dream as it can encourage us to always study and work hard. My dreams have changed many times. When I was in Senior High School, my dream was to become an architect. But after I thought about it for a thousand times, I realized that an architect needs a lot of funding in university, like for drawing boards and equipment, mockups and many other things. I knew that my family could not afford to buy this equipment due to economic conditions, so I changed my dream. Now I want to be an engineer in information technology by enrolling in the Department of Information Technology at Widyatama University in Bandung, because I think studying IT doesn't need as much equipment as the studying architecture. I think that a laptop, notebook or computer and internet access are enough for me to follow classes at university. Thanks to you I could get one step closer in reaching my dream.

Widyatama University is a good private university and located in Bandung, it takes around 6 hours to go there from my house in Cipanas. Since my classes always start at 7 a.m. on Saturday, I have to leave my house very early in the morning. Usually, I go by bus at 1 a.m. on Saturday and arrive at Widyatama University around 6 or 7 a.m., following classes until 7 or 9 p.m. Sometimes, I prefer to stay overnight in Bandung and then go back to Cipanas on the same day. Although it is very exhausting, I always feel happy going to the university to reach my dream.

Last Saturday I had my first mid semester test after around 2 months of learning and it ran from 7 a.m. until 10 p.m. That was a hard test, but hopefully my result will be good so that you can be proud of me.

After I graduate in 2018, I plan to continue my studies at a postgraduate university while working at the same time as a lecturer in Information Technology or as a Data Base Administrator, which can help me to obtain OCA (Oracle Certified Associate) and OCP certificate (Oracle Certified Professional). Besides, I also plan to start a business related to IT because I was inspired by a book called "The Cash Flow Quadrant" written by Robert T. Kiyosaki.  Last but not least, I would like to help the IT system at Yayasan Usaha Mulia (YUM), which has given me this opportunity to get the scholarship.

The scholarship has eased my financial burden, which allows me to focus now on my study and it has inspired my family, especially my brothers, to always study hard to reach their dreams. Your generous support has inspired me to help others and give back to the community around us. I hope one day I will be able to help other students who want to continue their studies like the way you did for me. Once again, thank you so much for your help and may God bless you always. 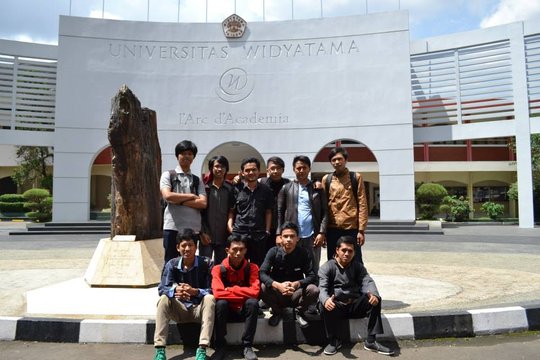 In front of University of Widyatama 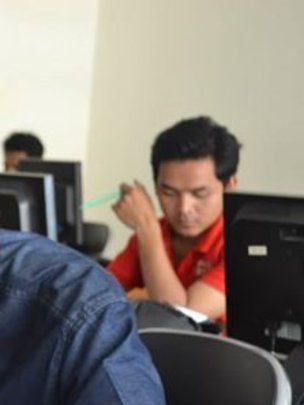 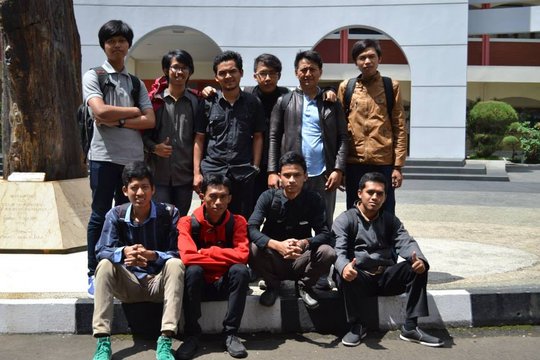 My college friends
‹ 1 ... 44 45 46 47 48 49 50 51 ... 55 ›
WARNING: Javascript is currently disabled or is not available in your browser. GlobalGiving makes extensive use of Javascript and will not function properly with Javascript disabled. Please enable Javascript and refresh this page.