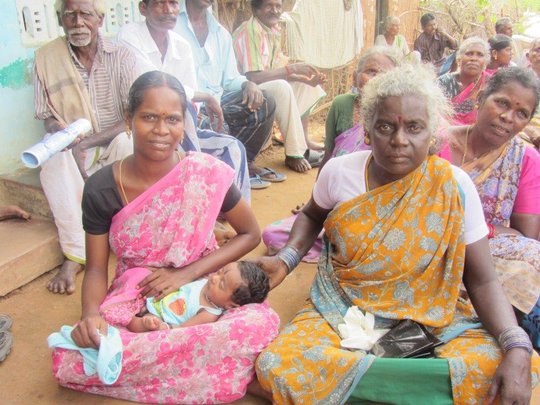 The entire community gathers to learn how to help

When Dalit (untouchable) women in the southern Indian state of Tamil Nadu give birth they must select one of two risky choices. They can either have their baby at home or go to a government hospital.  At home this will probably mean giving birth on a dirt floor in a dwelling with no running water.  The trip to hospital is little safer.  Undersupply or corruption have left the hospitals with huge infection risks in the form of dirty mattresses, unclean scalpels, no gloves, soap or clean ties.

The Birthing Kit Foundation of Australia (BKFA) supplies birthing kits to and has educated over 1,000 traditional birth attendants in Tamil Nadu. Each one now takes a kit along for every birth she attends, whether it is for use at home or as a back-up when she accompanies a mother in a government facility.  A traditional birth attendant armed with a birthing kit can be a life saver wherever a birth takes place.

Education programs in Tamil Nadu, funded by the Birthing Kit Foundation (Australia), make sure more than just the traditional birth attendants get the message.  Husbands and caretakers get involved and find out how they can play a part in a clean, safe birth or act as a back-up if a woman does need hospital support.  Adolescent girls are also being educated on the health challenges they face when they become mothers.  For the first time whole communities in this state now understand the importance of a clean, safe and healthy birthing environment. 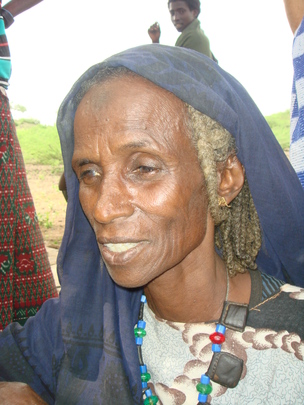 Childbirth customs embedded in the Afar culture in Ethiopia are killing their women.

With your help we are opening the eyes of the Traditional Birth Attendants (TBA) and for the first time in their lives many are seeing how their traditional customs were causing great pain with many of their women and babies dying unnecessarily.

Thank you for making our training program a success.

In terms of their awareness on health, well-being and in particular maternal health, few of them view life any differently than their ancient predecessors.

The Dullassa community has a total population of nearly 21,000. They are agro-pastoralists and around 70% pastoralists. Their land is the foot-hills of the southern Ethiopian Highlands. The region is inaccessible during the rainy season and in a country with limited health and education capacity the communities are isolated and least assisted. Through a literacy program the TBAs and women are becoming empowered to understand why they must stop their harmful birthing practices.

The BKFA is half way through it latest literacy and training program in Dullassa. Our partner, the Afar Pastoralist Development Association’s (APDA), has reported showing that 4270 birthing kits have been made and distributed and 8010 people have had counselling over many topics from HIV prevention, health, hygiene, sanitation, stopping female genital mutilation, pre and post natal visits and childbirth.

40 TBAs have received annual refresher training asserting that they have stopped 6 harmful practices that injure in the birthing process and that they are performing clean deliveries as well as referring mothers at risk.

There is an earnest need to reach out to more in the community that the awareness can be put into agreed community practice to act for the well-being of the mother and the child. APDA's method of approach is continual relationship with the community through trained community members who daily perform awareness, counselling, Afar literacy teaching along with a community dialogue that is led through the trained community religious and clan leadership. This has achieved communities that have stopped the horrific practice of female genital infibulations and have reverted to a 'lesser' practice of removing part of the clitoris. The former practice actually seals the vagina so it is a minute opening and covers the urethra so that urine is passed with great difficulty leaving the female in constant urinary retention, difficulty in passing menstrual blood and fear of marriage and intercourse.

The other practices that harm in the birthing process include closing the mother's infibulation scar after the birth; preventing her from consuming more than a minimal water and food in labor for fear of 'tipping this on the baby's head' in belief that the uterus and the bladder join; cutting the pulsating cord transversely once the baby has been born to bleed the mother as much as possible; not breast-feeding until 24 to 72 hours after the birth and not washing the mother and babe after the initial wash for another 7 days until the celebration of a slaughter of a goat. The dangers here are clearly both life-threatening and debilitating for mother and baby.

Then through aware and trained traditional birth attendants; women extension workers who mentor them as well as keep constant awareness in the community; literacy that empowers all stakeholders to lift themselves out of mystical thinking to reality and the local religious leaders directing dialogue in the community, change is emerging.

Thank you for making it much safer for a few communities. Your continued donations will help many more Afar women and babies. 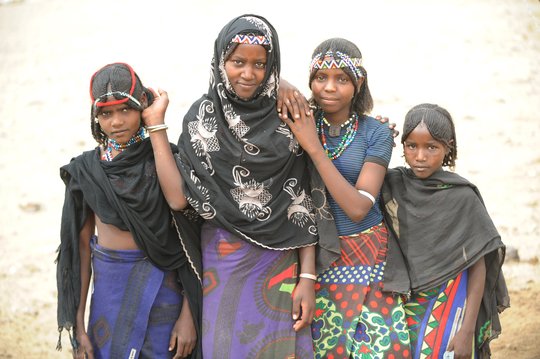 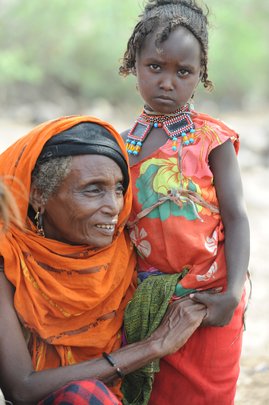 An Afar grandmother with her grandchild
Jun 12, 2014

"No mother should die while giving life" 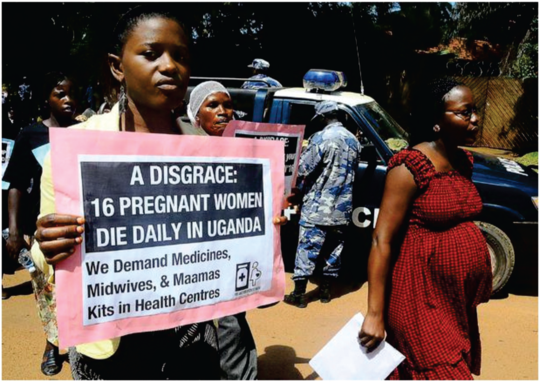 Thank you for once again making your donation count

“No mother should die while giving life”

The health system in many developing countries does not have the capacity to look after their women in childbirth, especially in the remote communities. It is here that the BKFA provides the resources and knowledge to assist birthing mothers with good maternal health care.

Working in partnership with the Rotary club of Makindye, within the communities of Kinu, Namwendwa, Nagongera, Pokongo, Nakwasi, Kabila, NKunyu and Kasangate, the BKFA enabled 3,200 birthing kits to be distributed and 8 Outreach trainings to be conducted for Traditional Birth Attendants.

The BKFA has developed excellent working relationships with Ms. Karel Rose Amaranth co- founder of Holistic Care for Mothers and the Rotary club of Makindye to achieve the wonderful outcomes within these 8 communities.

Uganda is the same as many other countries, where Dr Sarah Nkonge, a Ugandan doctor from a small community notes “with all challenges faced by rural women in attaining healthcare, the crumbling state for most of village health facilities, gender inequality, sexual violence, child marriages, high levels of abortions and birth rates, limited use of contraceptives as well as poverty and ignorance all display the true challenges for grass root communities.”

“I am keenly aware of the saddest tragedy of losing a mother during child birth with staggering and painful consequences. If we can all support a safe-birth, we’re one step closer to ensuring healthy and economically secure families and communities” said Paramount Tribal Leader John Balikowa IV of Bakubembo Traditional Area on the Eastern Region of Uganda who supported all the initiatives of this program.

It is in these communities that your donations make a difference. Our partners believe that “birthing kits help to prevent tetanus, sepsis, HIV, infant eye infection and the low immunity, when used properly, the provision of birthing kits encourages more mothers giving birth in hospitals and a reduction in maternal and child mortality.” The kit along with training is such a cost effective way to impact on women and babies lives. 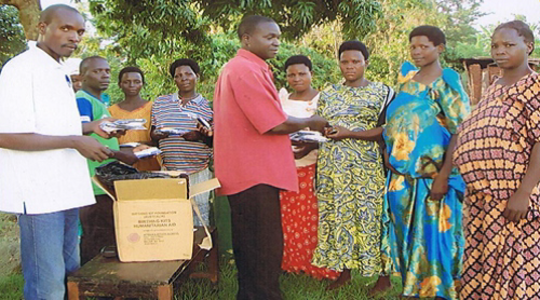