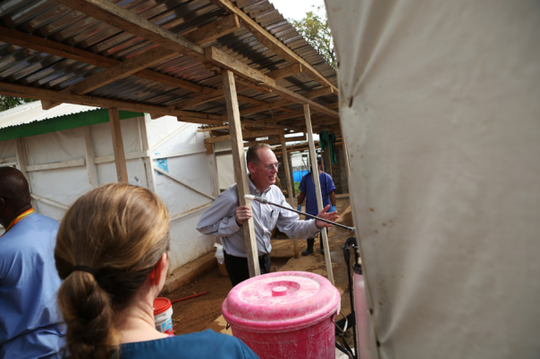 Thank you for supporting Partners In Health and our efforts to combat Ebola and rebuild health systems in West Africa. We're happy to share an article recently published in the Wall Street Journal, featuring PIH's work in Sierra Leone and Liberia that you help to make possible.

The Wall Street Journal takes a look at the challenges facing Liberia and Sierra Leone’s Ebola-wracked health care systems, and Partners In Health’s efforts to help in each country:

HARPER, Liberia—J.J. Dossen Memorial Hospital, on the southeastern tip of this nation recently declared free of Ebola, has three doctors and spotty electricity. Sixteen of its 46 nurses left during the Ebola crisis. When two motorcycle accident victims needed X-rays, the hospital dispatched them in its only ambulance on a bumpy eight-hour ride to the nearest facility with a machine.

The deadly disease may have receded, but it is still exacting a heavy toll. Run-down, poorly staffed and equipped health facilities allowed Ebola to explode. Since it was identified in early 2014, the epidemic has claimed the lives of 507 health-care workers in three West African countries, all of which already were short of medical professionals. The health-care system was so overwhelmed with Ebola victims that many other patients couldn’t receive care for malaria, heart disease or pregnancy complications. That bill is coming due.

“There are more people who are going to die from Ebola, but not have Ebola,” says Paul Farmer, a Harvard professor and co-founder of the Boston-based charity Partners In Health. 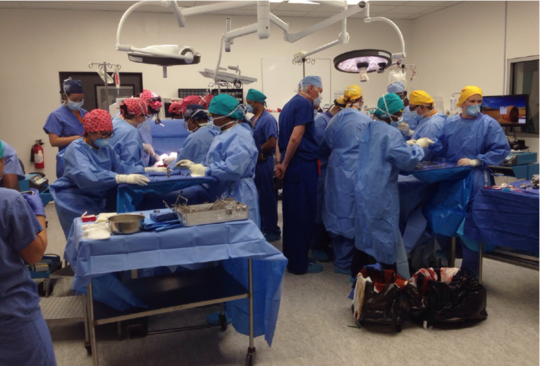 "Improbably, the 2010 earthquake that killed an estimated 300,000 people in Haiti has also helped bring Michelle and Marian a shot at a normal life."

Thank you for supporting Partners In Health, specifically our work to continue building long-term, quality health systems in Haiti in the years of recovery from the 2010 earthquake -- admist many other challenges.

Please take a moment to read a heartwarming story about a complex surgery successfully carried out at University Hospital in Mirebalais, Haiti, constructed by Partners In Health in partnership with the Haitian government, as part of our response to the devastating 2010 earthquake.

The generosity of supporters like yourself has enabled PIH to drastically improve the standard of care in Haiti and other resource-poor settings.  While there is much work to be done, the successful separation of conjoined twin sisters this past May is a shining example of what is now possible in rural Haiti: 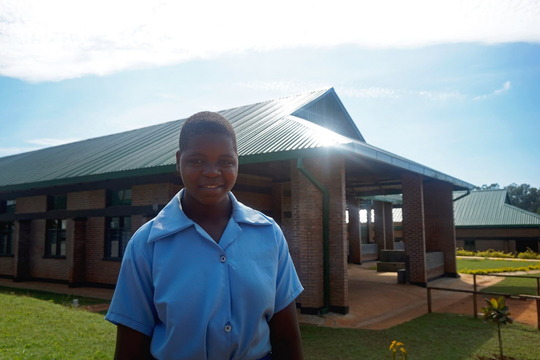 (above) NENO, MALAWI - APRIL 14, 2015: Mercy, 17, a POSER beneficiary, standing in front of the maternity ward at Neno District Hospital, where she hopes to work as a nurse one day.

Thank you for supporting Partners In Health and our work to provide social support to children living in rural Malawi. Your generosity creates opportunities for vulnerable children to get to school, helping to break the cycle of poverty and disease.  Please take a moment to read about what your donation has helped to make possible over the last school term:

In total, 2011 students (985 girls) were supported through this program, receiving funds to cover the cost of school and examination fees as well as school supplies.

Mercy (name changed for privacy) is a seventeen-year-old girl currently in Form 3 at Chikonde Secondary School in Malawi’s Neno District. Her father passed away some years ago, and her mom supports their family by farming maize, peas, groundnuts and vegetables. Unfortunately, the income that they earn from selling vegetables has not always been sufficient, and Mercy’s education was interrupted whenever her family could not afford the school fees or supplies. That changed when POSER (Program on Social & Economic Rights) began supporting the family: now, Mercy’s school fees are paid, and she has the supplies that she needs. When she graduates next year, she will be the first member of her family to complete secondary school. Her favorite subject is biology—she especially loves conducting experiments related to human anatomy and physiology—and she dreams of becoming a maternity nurse. Ideally she would like to return to Neno following university so that she can serve as a role model to other girls in her community, but she would also like to explore other places throughout Malawi. She is very thankful for POSER’s support, and is eager to use this opportunity to support her family and her community.

‹ 1 ... 14 15 16 17 18 19 20 21 ... 34 ›
WARNING: Javascript is currently disabled or is not available in your browser. GlobalGiving makes extensive use of Javascript and will not function properly with Javascript disabled. Please enable Javascript and refresh this page.