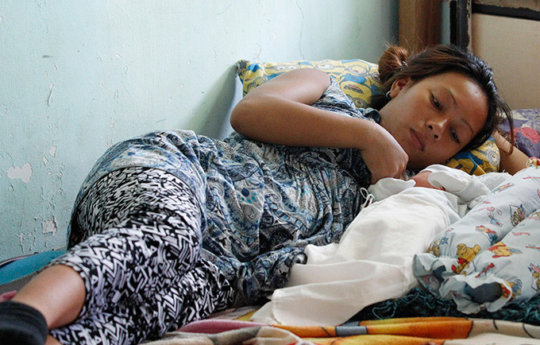 Relief and recovery efforts are ongoing in the Philippines as floodwaters from Typhoon Koppu, known locally as Typhoon Lando, continue to recede. Among those affected are hundreds of thousands of women and girls of childbearing age and tens of thousands of pregnant women, UNFPA estimates.

In areas severely affected by the floods, there have been reports of women giving birth in evacuation centers.

In response, UNFPA has deployed hygiene supplies to pregnant women and new mothers and has delivered medical equipment to health workers to support safe childbirth.

For only $11 you can provide 3 emergency clean birthing kits to help deliver babies safely in crisis situations.

The typhoon was unusually large and slow-moving, unleashing flash floods and landslides when it made landfall on October 18th.

As of November 6th, roughly 713,600 people were still displaced and an estimated 9,000 survivors were currently crowded into evacuation centers.

Health facilities have also been badly affected. At Casiguran District Hospital, much of the roof was blown off the building, and staff members were forced to attend to childbirths in the emergency room because of extensive damage to the maternity ward.

UNFPA has provided the hospital with clean delivery kits, which contain the medicines and sterile supplies required to safely perform deliveries.

“Pregnant women deliver even in emergencies. We must ensure that they continue to have access to safe and clean delivery despite the situation,” said Klaus Beck, UNFPA’s Representative in the Philippines. “It is a matter of life and death for the woman and the baby.”

UNFPA has also distributed thousands of dignity kits – which contain hygiene supplies, including soap, sanitary napkins, underwear and other essential items – for pregnant and breastfeeding women in affected provinces.

A donation of only $25 can provide one woman in a humanitarian setting such as the Philippines or Nepal with hygiene essentials for six months, ensuring that she is able to maintain her dignity and health in emergency situations. 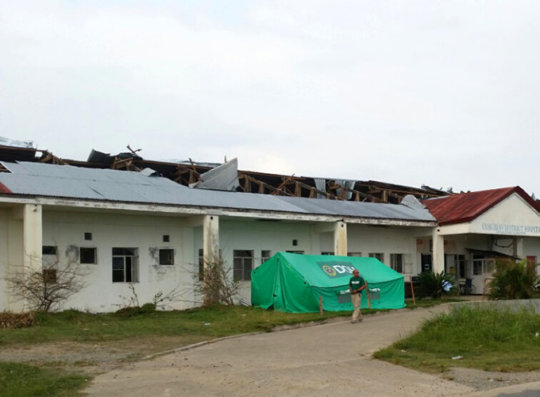 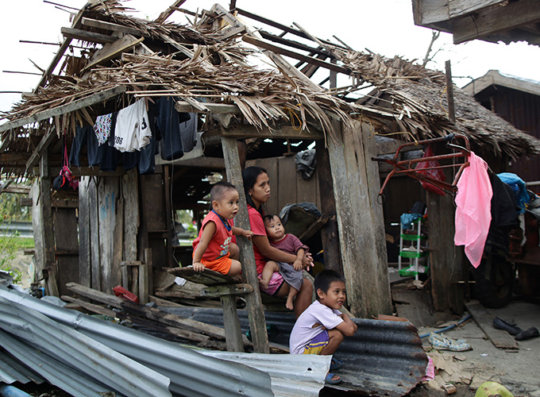 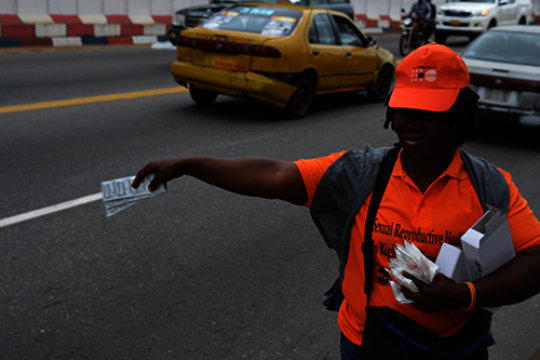 UNFPA has launched a condom campaign after Ebola

UNFPA, the United Nations Population Fund, continues to work with international, national, and local partners to rebuild health systems devastated by the Ebola outbreak in the West African countries of Guinea, Liberia, and Sierra Leone.

UNFPA has continued to recruit and deploy midwives to health facilities and has supplied delivery beds, examination tables and infection prevention and control materials across the region. Particular attention has been paid to Grand Cape Mount County in Liberia, which borders Sierra Leone and was one of the hardest hit counties. With a population of about 127,000, the county has only 33 health facilities and 22 midwives. UNFPA is also working with traditional birth attendants to integrate them into health facilities in order to bolster health care workforces.

UNFPA also launched a campaign aiming to reach 1.5 million people to enable access to condoms and related information. Because the Ebola virus can be sexually transmitted many months after the onset of symptoms, condom use is strongly recommended to prevent spread of the disease.  The UNFPA campaign emphasizes the role of condoms in preventing sexually transmitted infections, including Ebola and HIV, and in preventing unintended pregnancies. 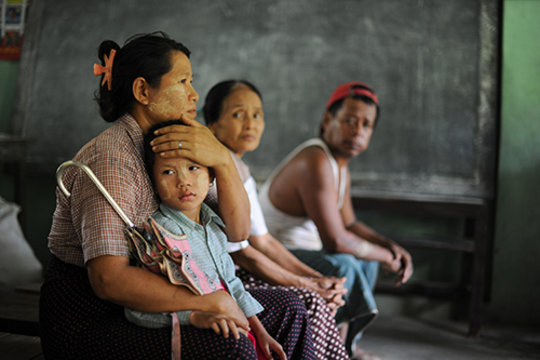 This month, over a million people have been critically affected by floods and landslides in Myanmar. An estimated 300,000 households have been displaced by the crisis. This includes 62,500 women and girls of reproductive age and 12,500 pregnant women. Due to the lack of access to health care created by the flooding and consequent landslides, many of these women and girls are at higher risk of complications during pregnancy and childbirth.

For only $11 you can provide 3 emergency clean birthing kits to help deliver babies safely in crisis situations.

After the flooding in Myanmar, UNFPA has distributed more than 400 clean birthing kits to pregnant women in the hardest hit areas of the country.

In addition to the humanitarian crisis in Myanmar, UNFPA remains dedicated to helping women and girls in areas of Nepal still devastated by the earthquake that struck the country on April 25th. So far, UNFPA has helped to deliver reproductive health supplies to assist over 61,000 people in the country.

Work in Nepal has gone beyond the delivery of supplies as well. UNFPA has trained 130 health care personnel on the clinical management of rape and has reached over 5,000 women and girls with psychosocial counseling, a critical component of post-crisis recovery as cases of sexual violence soar in the aftermath of a disaster. Through its support of reproductive health camps, UNFPA has delivered life-saving health services to areas hardest hit by the disaster. In fact, 93 such camps have assisted over 61,000 people so far by bringing doctors, nurses, and midwives to even the most remote locations.

A donation of only $25 can provide one woman in a humanitarian setting such as Myanmar or Nepal with hygiene essentials for six months, ensuring that she is able to maintain her dignity and health in emergency situations.

In both Myanmar and Nepal, the distribution of lifesaving clean birthing kits and other essential supplies would not be possible without generous contributions from supporters like you. 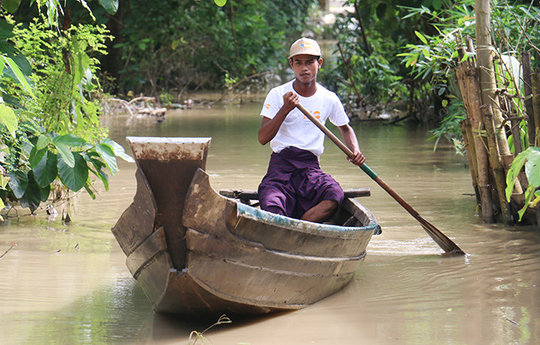 ‹ 1 ... 8 9 10 11 12 13 14 15 ... 18 ›
WARNING: Javascript is currently disabled or is not available in your browser. GlobalGiving makes extensive use of Javascript and will not function properly with Javascript disabled. Please enable Javascript and refresh this page.