Update: 2 Years of the Rohingya Crisis 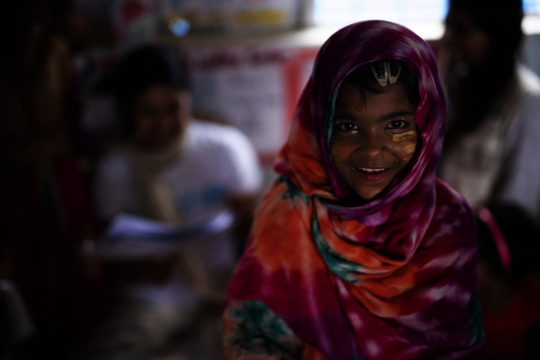 As you may have heard, Sunday, August 25 marked 2 years since the Rohingya crisis first began. Over the past 2 years, more than 900,000 people fled violence in Myanmar and sought refuge in Coz Bazar, Bangladesh.

Thanks to your generous support, UNICEF continues our efforts to provide Rohingya children and their families with the life-saving interventions they need. Although the conditions in Cox’s Bazar are still challenging, Rohingya children and their families remain in the district due to continued violence in Myanmar. Following and attempted initial repatriation by the Myanmar and Bangladesh Governments last November, none of the refugees settled in Bangladesh expressed interest to voluntarily return to Myanmar. Given the area’s high level of risk for natural hazards, the capacity to prepare for and respond to sudden-onset disasters will also be supported throughout the country. Program targets for 2019 include:

Update: Child Migrants in Latin America and the US 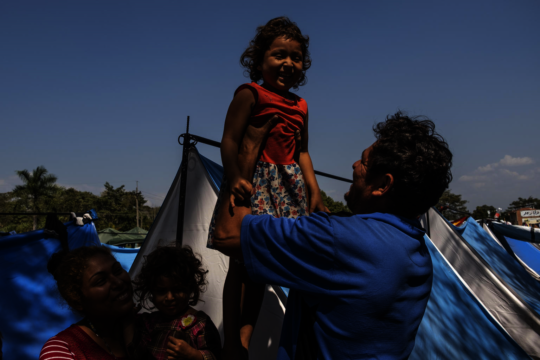 Thank you for your support of UNICEF’s work for child migrants around the world. Fleeing stifling poverty, extreme violence and intimidation, Central American families and children are making the difficult decision to leave home in search of safety and a better life. Along the way, they risk being kidnapped, trafficked, raped or killed. Most come from the countries of Honduras, El Salvador, and Guatemala.

“Millions of children in the region are victims of poverty, indifference, violence, forced migration and the fear of deportation," said María Cristina Perceval, UNICEF Regional Director for Latin America and the Caribbean. "In many cases, children who are sent back to their countries have no home to return to, end up deep in debt or are targeted by gangs. Being returned to impossible situations makes it more likely they will migrate again."

Due to your generosity, UNICEF is working to find safe alternatives to detention, which can have serious long-term health consequences, and to protect all children, wherever their journeys take them. Of the more than 68,000 children detained in Mexico between 2016 and April 2018, 91 percent were deported back to Central America.

Even if they reach the U.S., these children confront new risks. Children traveling with a parent risk swift deportation or months of detention. In May 2018, the U.S. southern border crossing became even more hazardous when over 2,000 migrant children were detained and separated from their families, leaving them vulnerable to exploitation and abuse and creating toxic stress that threatens to harm their long-term development. UNICEF is using its decades of humanitarian expertise to help vulnerable migrant children in the U.S. UNICEF USA and partners work to support and expand existing protection measures, which include alternatives to detention, advocacy and the strengthening of the sponsor system.

To help alleviate the root causes of the crisis, UNICEF is also working with governments in Central America and Mexico to protect children from violence, crime and other threats and to support education and health programs. UNICEF also advocates for the protection of children's rights throughout their journeys.

None of this, however, would be possible without your generous support. We appreciate your continued support of children and their families who have been forced from their homes around the world. We will continue to provide updates regarding the impact your support is making. 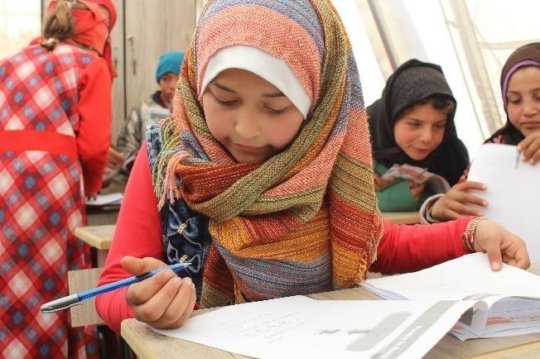 The Syria crisis, now in its ninth year, has had a disastrous impact on the lives of children, youth and their families across the region. Since 2011, the crisis has affected over 11.8 million Syrians. Of these, 6.2 million have been internally displaced, many multiple times, and 5.6 million have sought refuge in a host country.

In an effort to address these challenges facing out-of-school children in Syria, UNICEF developed quality alternative education models, enabling children with limited or no access to school to continue their learning at home, in non-governmental organization (NGO) centers, in community learning centers or in public school settings, in order to both catch up with lost learning and prepare for placement tests and national exams, ultimately offering a pathway for reintegration into formal education systems and opening up a lifetime of possibilities.

Over three years, UNICEF plans to reach at least 298,000 out-of-school children in Syria with self-learning materials, supportive teachers, safe and inviting learning spaces, and increased access to essential psychosocial support and recreational activities. Since the beginning of the program in 2018, a total of 139,003 out-of-school children enrolled in Self-Learning Program or Curriculum B activities across Syria. As of June 30, 2019, UNICEF and partners have accomplished the following results:

Despite the many challenges, the Self-Learning Program provides a flexible approach to learning that gives children easier access to education, particularly for populations on the move. Thanks to your generous support, UNICEF is able to provide out-of-school children in Syria with one of the most important keys to unlock their full potential – education.