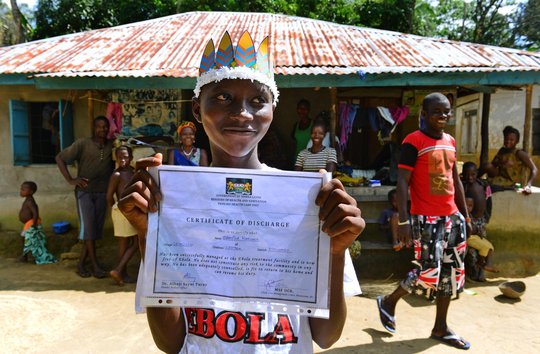 Humanitarian Crisis: In March 2014, the Government of Guinea formally recognized an Ebola outbreak. Before long, the outbreak spread to other countries in the region including Liberia, Sierra Leone, Nigeria and Senegal. As of January 15, 2015, over 21,296 confirmed or proobable cases have been reported in the region, of which 8,429 have resulted in death. With 9.8 million children and young people under 20 living in Guinea, Liberia and Sierra Leone, UNICEF is working around the clock in the affected communities to raise awareness to prevent, further contain Ebola, and provide the care, support and supplies necessary to protect families and communities against the spread of this disease.

A Race Against Time: We are in a race against time to contain and halt this outbreak. Due to UNICEF's long-standing presence and partnership with the governments of affected countries, we have been able to work quickly on the ground to protect families and prevent further occurrences, assisting the hardest-to-reach, most vulnerable and marginalized populations. However, UNICEF cannot do this work alone.

The time to act is now: UNICEF is working with the United Nations (UN) and national governments to respond to and contain the Ebola outbreak, averting further death, destabilization and devastation. This collaborative, multi-dimensional approach encompasses multiple sectors to stabilize affected areas and help ailing infrastructure and sectors not only responding to this emergency, but also to continue to develop capacity. Within the integrated UN approach, UNICEF is responsible for community engagement, including community care centers, social mobiliation and behavior change.

There is no proven medical treatment for Ebola. Therfore, emergency response involves activities beyond medical care. Prevention is the best and most successful solution to break the chain of transmission and contain the virus. With this in mind, UNICEF has three goals:

At this critical time in the lives of those affected by this devastating disease, we thank you for seizing the opportunity to partner with the U.S. Fund for UNICEF. Together, we can help protect the health, safety and well-being of the vulnerable families affected by this emergency, and prevent further outbreak of this deadly disease. Your investment is helping support UNICEF's efforts to stop Ebola in its tracks.

Your life-saving investment is helping support UNICEF’s response to the Ebola crisis, which includes three-pillars focusing on controlling the outbreak, scaling up prevention and preparedness activities and reinforcing and ensuring access to essential social services.

The United Nations Children’s Fund (UNICEF) works in more than 190 countries and territories to save and improve children's lives, providing health care and immunizations, clean water and sanitation, nutrition, education, emergency relief and more. The U.S. Fund for UNICEF supports UNICEF's work through fundraising, advocacy, and education in the United States. Together, we are working toward the day when ZERO children die from preventable causes and every child has a safe and healthy childhood. For more information, please visit unicefusa.org.

UNICEF in the Philippines: One year Later 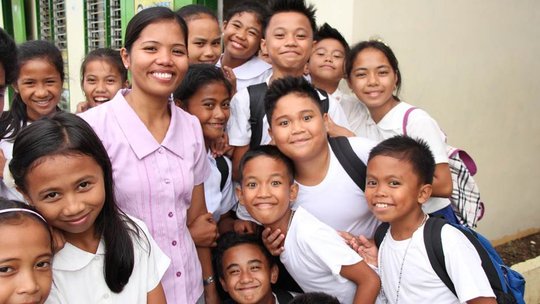 A school supported by UNICEF after Typhoon Haiyan

Last November, when Typhoon Haiyan made landfall in the Philippines, its widespread reverberations were felt throughout thirty-six provinces, claiming the lives of over 6,000 residents and impacting over 17.8 million individuals, including 7.4 million children.

Within 48 hours after Typhoon Haiyan struck, UNICEF was on the ground working alongside Government and other partners to provide clean water, sanitation and hygiene, restore access to education, restock health supplies, and scale up nutrition and child protection support services.

Typhoon Haiyan left 3,200 schools and daycare centers damaged or destroyed, and many other schools were immediately converted into evacuation centers. More than a million pre-school and school-aged children were out of school and close to 31,600 teachers were affected by the storm. Bringing children back to learning became an immediate priority in order to prevent severe disruption in childhood education.

The generous and immediate response of our donors fully funded UNICEF’s humanitarian response and early recovery efforts through November 2014. UNICEF would like to encourage donors to give flexible funding to continue to build resilience across the Philippines, as well as to respond to the humanitarian needs in other parts of the country. Focused on longer-term recovery, UNICEF is working with the Government and its reconstruction plan for 2015.

Thank you for helping us put children first in the Philippines in the aftermath of this devastating storm. Our job is not finished yet and with your help, we will keep working until every child can survive, go to school and be protected in every corner of Philippines and around the world. 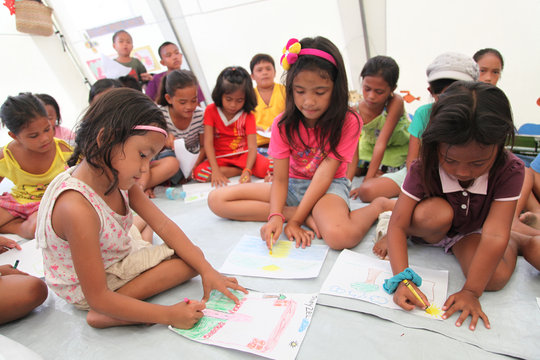 Coloring in a child-friendly space in Tacloban.

Six months after Typhoon Haiyan tore through the central Philippines, notable signs of recovery have emerged. With UNICEF’s support, children have returned to school, and the most vulnerable have been provided with life-saving vaccinations and access to safe water.

UNICEF and partners reached 470,000 preschool and school-aged children with learning supplies and materials in the affected areas. Some 135,000 children benefited from 1,351 UNICEF-supported ‘temporary learning spaces’ equipped with school-in-a-box kits, and recreational and early childhood and development materials. Some 900 education service providers were trained on emergency-related subjects including disaster risk reduction and continuing education during emergencies.

The storm impacted 14 million people, 5.9 million of whom are children, and though UNICEF has helped many begin to re-build their lives and return to school, there is still a long road ahead. UNICEF’s efforts would not be possible without your support and generosity – we thank you.

Attachments:
‹ 1 ... 28 29 30 31 32 33 34 35 36 ›
WARNING: Javascript is currently disabled or is not available in your browser. GlobalGiving makes extensive use of Javascript and will not function properly with Javascript disabled. Please enable Javascript and refresh this page.