The Joys Of Community Service 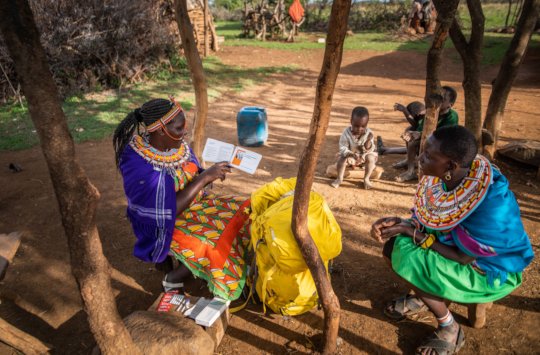 “I was going door to door sensitizing the people and that is how I met Mama Louwai*. She was seated outside the manyatta with two of her daughters, one had an infant suckling and the other daughter was as heavily pregnant as her mother. This was just a weird situation but not uncommon. The family home had so many children running around and though it was all fun and games, it just did not seem right.” CHAT’s CORP partner, Kinoti, shared.

‘Mama Louwai* had six daughters and all of them - except for one - had one or more children. They all lived together. She wished that they were a less number but since they were all there, there was nothing she could do about it. I was curious to know if they went to the facility to at least take their children for immunization or, at least, if they ‘delivered’ at the hospital and to my dismay, she actually laughed at me! She said she did not see the need of going to the hospital for whatever reason whatsoever, especially birth, since it was not an illness!

From this response I knew I had a huge task ahead of me to handle. Luckily, she had shared that she wished there were less children in the homestead. I used this to explain to her that if she wanted the children to always be healthy and for them to control the number of children that they had in their home, she had to visit the hospital to learn more as well as get services that would help them. I told her of the importance of delivering at the health facility since it meant that they will have their children immunized and then will have access to contraception when the right time comes.

She wanted to know if the contraception was going to ruin her body and make them infertile. She also thought that the health facility was a bit too far for them to be going for their antenatal visits. I explained to her that we could arrange that when I return for backpacking - with a nurse next time- that we could always pass by and offer the needed family planning (fp) services to them at home. As for hospital deliveries, she would have to be moving somewhere close to the hospital when she is almost due.

With that, the following week I went with a nurse and four of the ladies chose to take contraception, offer ANC to Mama Louwai and her pregnant daughter and immunize all the children since none of the children had ever been immunized

I am so happy when I see her family progressing on well. The children are healthier and the girls are no longer worried about unwanted pregnancies. This is the kind of work that makes me happy all the time”.

In the past three months, with support from our GG donors  - cost shared with others, we have been able to reach 34,192 individuals (both men and women) with Behavior change information about FP using  a Population Health & Environment (PHE)  approach,  and 8,511 clients chose and were provided with different methods of contraception. 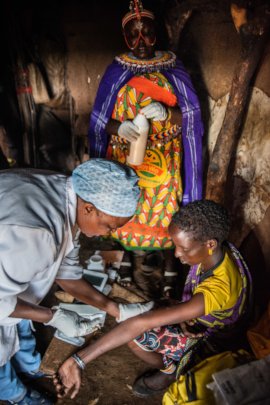 Service provision during a backpack outreach 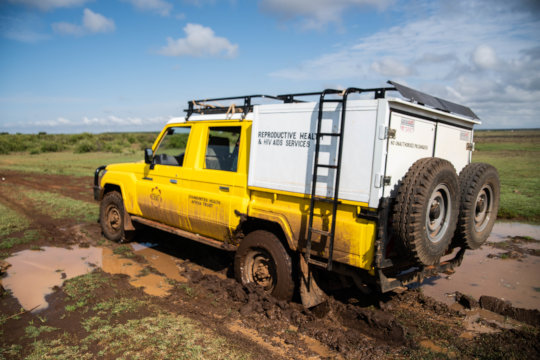 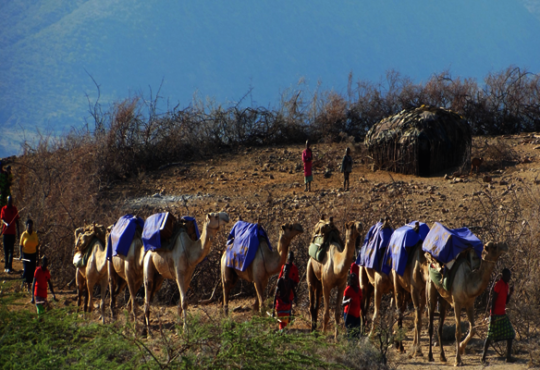 About 73% of Kenya’s population lives in rural areas and mainly depend on natural resources for their health and livelihoods. The rapidly increasing population is putting more pressure on natural resources and leading to environmental degradation, increased conflict, and amplified community-wildlife conflicts. Some of the key environmental issues affecting Kenya’s rural communities and ecosystems include deforestation, overgrazing, and land degradation. Population increase and depleting resources can lead to poverty cycles for many communities, creating significant barriers for individuals to exit poverty on their own.

CHAT focuses their work where people and nature co-exist within fragile ecosystems. These areas include a variety of ecosystems from mountains to acacia woodlands to dryland savannah to riverine areas, and include regions bordering conserved areas, or within community conservancies. Within these ecosystems, population growth and density are unsustainable for the health of communities and the environment. As the natural resources people rely on for their livelihoods, these become degraded. Communities experience a deepening cycle of poverty and suffering.

CHAT believes that empowering individuals to have control over their health and family size is key to the sustainable management of natural resources which is essential for rural development and poverty reduction and in this way, their work is guided by the PHE approach. A PHE approach recognizes the complex interconnection between people, their health, and the natural resources on which they depend. It provides a framework for understanding and addressing these issues holistically, on the assumption that the outcomes for both human welfare and the environment will be greater than if these issues are addressed separately. CHAT’s PHE approach uses a behavior change sensitization via a door to door strategy, with information giving and building the capacity of grassroot advocacy.

In the past three months, our donors have made it possible to reach 35,085 individuals with behavior change information about Family planning using CHAT’s PHE approach and 7,850 chose & took different methods of contraception. 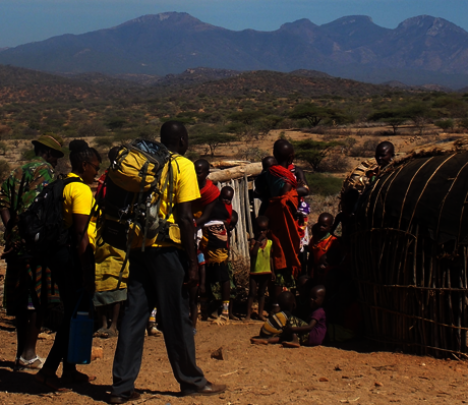 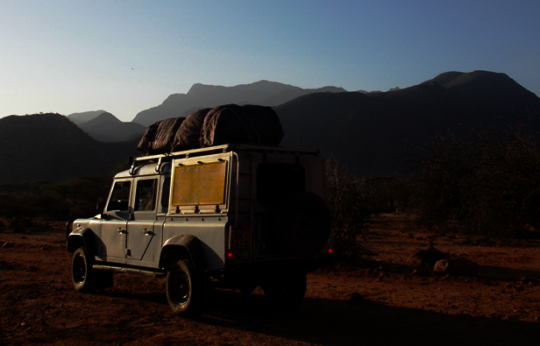 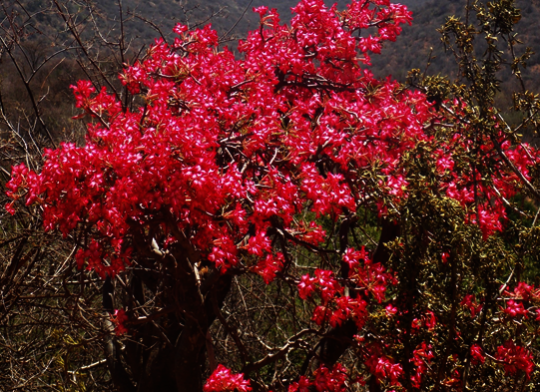 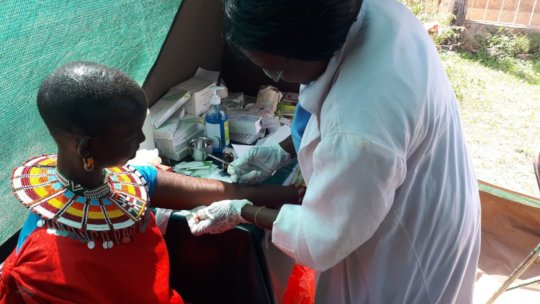 The loud uproar of laughter attracted the attention of Linoti*. He wondered what a group of women could be laughing at with these new visitors that had come to their village, Ngilois. He went closer and heard the lady seated in the middle of the cackling group talking about how women are endlessly having children and that they should plan their families to ensure they can comfortably bring them up. He immediately stopped the meeting. ‘Where are the other women! You all need to learn from this woman!’ He stated. ‘We are all suffering the same fate, why can’t you be kind and inform all you friends to come?’ He continued.

Linoti immediately rushed back home to bring his two wives. He was just tired of always thinking of how he would sustain his family which was rapidly growing. It was as if his wives were competing to give birth!! They consequently got pregnant and baby cries were all too common a melody in their homestead

When Linoti got married to his first wife, Leeresi*, he was wealthy and wanted to have as many children as possible. He never thought that his wealth would deplete even though he did not have a constant source of income. Having the mentality that he was a rich man, he then married a second wife, Naantawa*. When she started having children too he started straining to feed them. This is when he realized that his decisions were not sustainable for their well-being. He had to step up, otherwise they would end up very poor and hungry! He found odd jobs that he would do but still they did not provide him with enough income. He decided that it was time to maintain his family size as it is, his nine children plus his wives and him. He had heard one of his peers talking about family planning but out of shame he decided not to ask least he would look like a fool for not knowing what it was.

When the ladies came and found the health education going on, being done by CHAT ‘s supported CORP partner, Pauline, they too sat and listened. Though they learned about the benefits of FP, they were scared that if they stopped having children then their husband would stop loving them. “On the contrary,” their husband told them “we have had enough and do not expect any of you to get pregnant ever again!” On hearing this, the gleeful ladies chose the 5 year and 3 year implant protection methods respectively. So, Pauline then took them to where the CHAT motor mobile had set up the clinic, where they got their FP method of choice.

‘It is very sad that women have senseless competitions like these. They should understand that these days having many children will prove to be a burden to them. I wish they can all understand the importance of child spacing and not having too many children,’ Pauline commented as she went to get more women to come and receive their FP methods of choice.

In the past three months, with support from our GG donors we have been able to reach 35,085 People (Both men and women) with BCC information on Family planning with a PHE approach and 7,850 with different methods of contraception.

“The next most dangerous thing after nuclear proliferationis probably global warming, and then, right behind that is overpopulation; we need to get serious about family planning and trying to alleviate poverty, to get clean, renewable energy, probably with solar panels to the billion and a half people in the world who don't have access to electricity.” Ted Turner 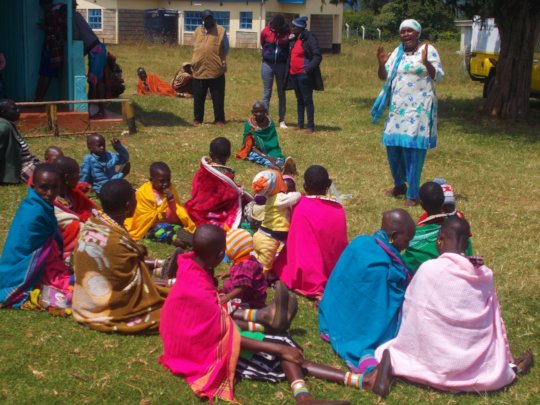 Strategies that CHAT use to provide services
‹ 1 ... 3 4 5 6 7 8 9 10 ... 25 ›
WARNING: Javascript is currently disabled or is not available in your browser. GlobalGiving makes extensive use of Javascript and will not function properly with Javascript disabled. Please enable Javascript and refresh this page.