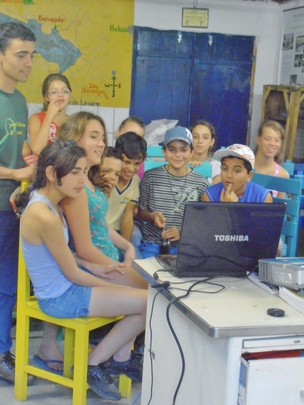 As the clock struck 3:00 Monday afternoon, the sounds of children's voices could be heard leaving the forest trails and heading for the computer labs. The Junior Scientists were about to embark on a different journey; a cyber-journey, to be exact. In a real-time meeting with fifth-grade students in Portland, Oregon, the Scientists excitedly shared stories of the forests with children from what seemed like another world. Using Skype technology, the Portland students told the Scientists the wonders of the American Pacific-Northwest forests, forests drastically different from those found in Brazil. Eagerly listening to the students as though they were in the same room, the Scientists then took the stage, telling of their own adventures and experiences amidst the Atlantic Forest. "Most of these students have never seen anything like a Skype conversation," said Robin Le Breton about the Junior Scientists. "It's going to be a real experience to see how they react to this type of environment." But the students' reactions, from Oregon to Minas Gerias, far exceeded any expectation, proving that passion for environmental education is universally possible, unencumbered by barriers of language and nationality. Meeting with the Portland students marked the beginning of a new fundraiser boost. Aiming to raise $5000 for the Junior Scientist project -- in order to bring in 50 new students to the program -- Iracambi is now seeking support to train the next generation of Brazilians to care for a protect the Atlantic Forest. Because gifts given on June 13 qualify for 40% of matching funds, Iracambi is pushing to rope in donations then; but, of course, any and all donations, given at any time, are equally appreciated. Iracambi also launched a text-messaging based giving circle, where US mobile users can text GIVE 7852 to 80088 to donate $10 to the Junior Scientists. Hoping that this technology will help rally support for the program, the Center is crossing its fingers, working hard to find those who will help the children help the forest. that's a lot of rain!

Well if you didn't believe in climate change, just take our word for it!  We had no rain in February which is the height of our rainy season, and now it's May and well into the dry season, and it's been raining every day. But apart from a few adventures with atrociously muddy roads, the Junior Scientists have been hard at work under the direction of Marquinhos and Sergio. They've been courageously wading into the (comparatively) chilly waters of the rivers to continue the program of water monitoring, learning about the soils in the forest nursery under the watchful eye of Toni, and tracking the oddities of the weather by collecting data from our weather station.

Last Monday was a red letter day when we hooked up a video link with a school in Portland Oregon for the first of what we hope will be several global conversations! Isn't globalization wonderful? The Portland kids have a Portuguese speaking teacher, so it didn't take long to get the conversation flowing, and the Junior Scientists were able to show them our scientific equipment  which was generously donated by Vernier Software from - you've guessed it - Portland Oregon! No, the school connection didn't come from Vernier, although we're going to tell them about it. It arose from a meeting that Project Leader Binka made when she herself was in Portland, earlier in the year.

Junior Scientists was also featured in the April Newsletter of Global Giving UK, as well as the spring newsletter put out by Vernier, and even though our Junior Scientists film wasn't actually nominated for the Oscars, we're pretty sure it must have been an oversight.

So thank you supporters, thank you Global Giving, and thank you to our heroic bus drivers. We couldn't do it without you! 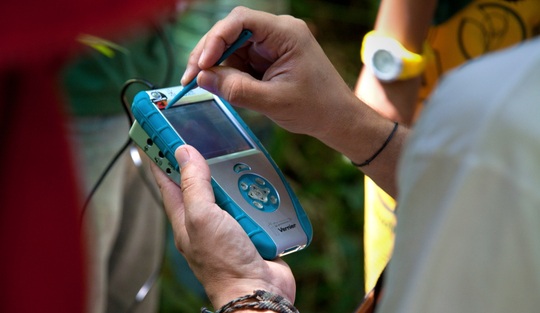 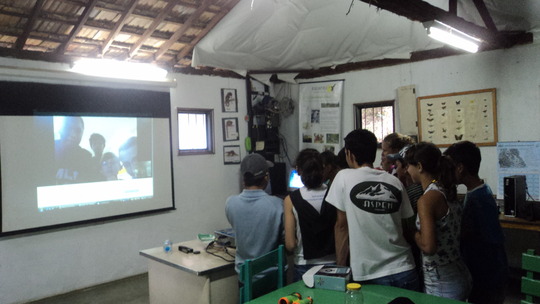 Junior Scientists go to the Oscars? Hey everyone and greetings from Junior Scientists @ Iracambi to our wonderful friends and supporters across the world,

If you've been wondering what has been going on down in our neck of the woods, here's a catchup report. We have just come to the end of the summer holidays (we live in the southern hemisphere, right?) and the Junior Scientists will reconvene this weekend. Stop press: due to popular demand we will now be increasing the number of students from 90 to 150 every month.

And although you may think that during the tropical summer we divide our time between lazing in hammocks and practising samba for Carnaval, we've actually been pretty busy. First off, we entered the GlobalGiving video competition, and you can find our video posted on our project page. http://www.globalgiving.org/projects/brazils-junior-scientists-restore-rainforest-iracambi/ Please check it out and forward it to your friends!

The timing of the competition was a little difficult for us since our Junior Scientists were out of school - most of them down on the farm helping out with farm chores. (With maybe a little samba on the side.) But we were twice blessed, first by the arrival of Rich who volunteered to make our film, and then by Rafael who volunteered to show us what being a Junior Scientist is all about.

Not that most of us had the smallest idea how much time it takes to come up with a three minute film... but hey, we did it. And we'd like to send a big thank you to everyone involved.

If you like the project please keep supporting us as we recruit more young guardians of the forest. It's one of our most successful projects, and we're thrilled that you continue to be part of it.. 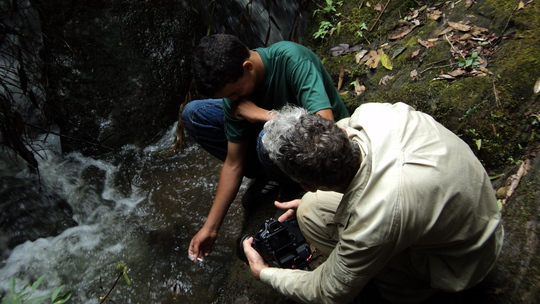 ‹ 1 ... 23 24 25 26 27 28 29 30 31 ›
WARNING: Javascript is currently disabled or is not available in your browser. GlobalGiving makes extensive use of Javascript and will not function properly with Javascript disabled. Please enable Javascript and refresh this page.