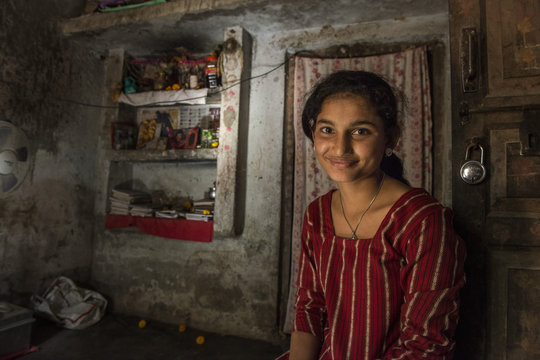 Manju in her home

“Because of STOP Girl Trafficking, I have made it to grade 10, and they have helped me regain my confidence and will help me become independent. It is difficult for me to express the emotions I feel for them.”  - Manju

Manju is 17 years old. Eleven years ago her father died while working in India. Her family never learned the circumstances of his death—murder wasn’t ruled out as a possibility. His brother, Manju’s uncle, brought her to India. Having no daughters himself, he claimed he would treat Manju as his own child.

Manju wanted to go to school, but she was unable to speak the language and forced to quit after a couple days. Instead of school, she labored all day doing house work, washing dishes, and carrying water for her uncle and his tenants. Both her uncle and the tenants were abusive—they beat her and kept her in a small, dark room. When her mother’s family called, they were told she wasn’t available.

After seven months, her mother’s brother suspected mistreatment and went to India to find her. Seeing the cigarette burns on her hands, he knew he needed to bring Manju home immediately.

STOP Girl Trafficking (SGT) staff found her in grade 6, encouraged her to return to school, and started supporting her from grade 7. But within a couple years after returning from India, Manju’s throat began to swell, she had trouble eating solid food and she lost her voice, likely connected to the trauma she had experienced. Staying in school had become too difficult, until SGT staff checked in on her.

They brought her to their office in Kathmandu, where she spent three months in intensive voice therapy—something that would have been impossible without SGT’s support. Her voice is raspy, but she can speak and eat again without discomfort. Manju, now in grade 10, is happy and proud to be back in school.

Oh, and did I mention that she’s also a poet? 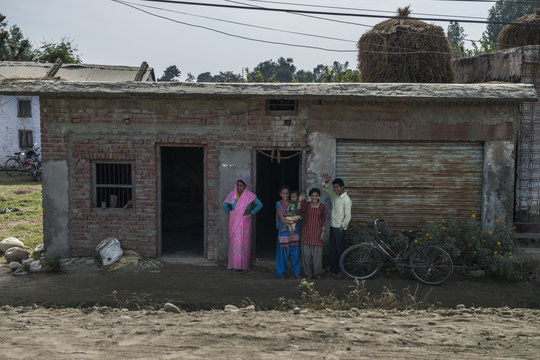 Manju and her family wave outside their home

One step at a time 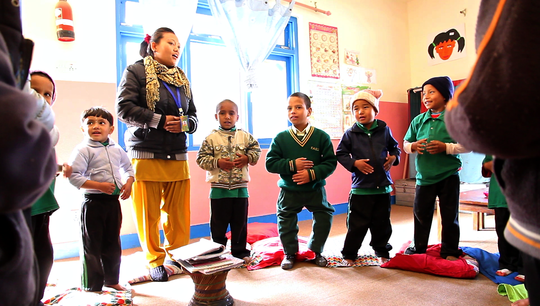 Khum in his new classroom

Khum Bahadur Pandey was born with a congenital disorder that makes the knee joint open too widely and bend backwards, rendering him unable to stand on his own. His parents knew early on that he needed medical attention, but they were too poor to afford a doctor so he spent the first 11 years of his life crawling on all fours.  Khum adapted as best he could to his disability, and was able to get around his family’s house, but between the constant teasing from other children and the long distance to school, going to class was an impossible dream.

Fortunately, an HRDC mobile camp came to his village and the doctors were able to offer some hope. A surgery date was set and his family made arrangements to have him transported to the hospital in Banepa. He said that the first day at HRDC will forever remain etched in his memory as the most remarkable day in his life because, after 11 years of intense emotional and physical pain, he finally felt accepted.

It took almost two years (and a lot of practice) but now Khum is not only walking unsupported, he’s walking to school! HRDC helped his family find a school willing to work with him to catch up, and he’s not wasting any time. His teacher says that everyone is impressed with his courage and lively personality, adding that “Khum is one of the most sincere, dedicated and confident students in the class.”

And now, as Khum’s life turns a new leaf, he sees a future– “I want to become a doctor and work at HRDC one day, to serve children with physical disabilities like me.” We certainly hope he does, but in the meantime he gets to enjoy hanging out with his classmates and just taking life one step at a time. 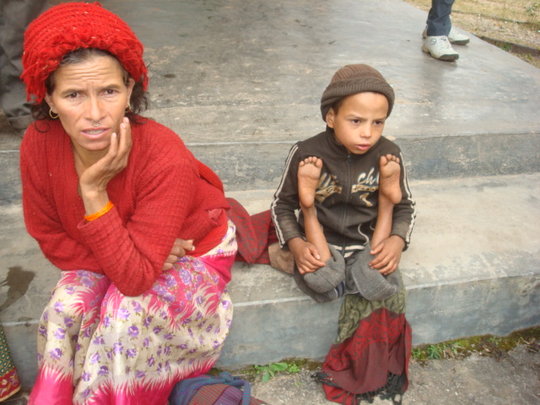 Before coming to HRDC 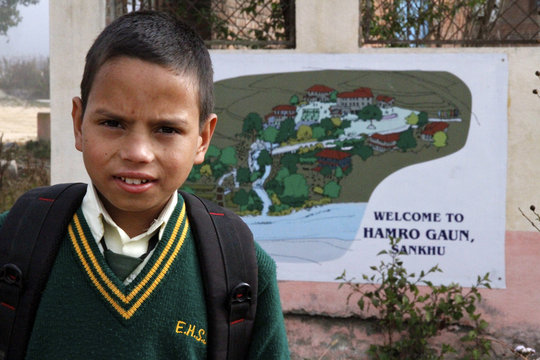 Standing outside his first school 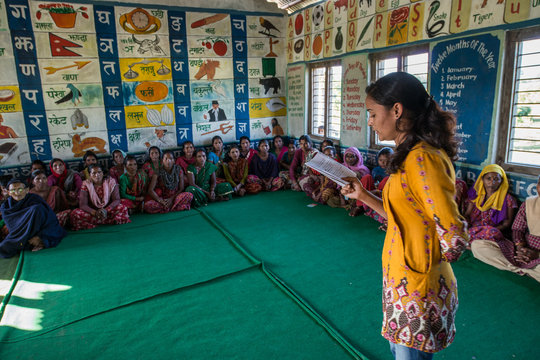 Mothers with an SGT alum

I recently sat in on an inspiring mothers’ group meeting in far west Nepal, organized by Stop Girl Trafficking graduates.

The village this group was in is caste-divided and, until recently, Dalit (untouchable) children were not able to go school at all. Last time AHF was out there, gender and caste discrimination were rampant and the Dalit women in the mothers’ group were too intimidated to speak much or make eye contact.

Not the case this time.

From the very first question, the women burst into lively discussion, openly talking about the tough realities of their lives – from the problems that come with early marriage and childbirth, to superstition and abusive husbands. None of the mothers had attended school, and they were all adamant that their daughters’ lives would be different, and better than theirs.

They very much value the mothers group and the changes it has brought. Basic literacy classes have taught many to write their names, and they have gained the confidence to stand up to their husbands and have a more equal voice in household decisions.  And the men have taken note and started to give them more respect.

When asked if their daughters have friends from different castes, the response was a unanimous, “Of course!” According to their mothers, girls from different castes socialize, go to each other’s houses, eat together, and even drink water together – forbidden when they were young. They made it clear that the next generation of girls in their community is at the wheel, driving all this positive change.

There is still a lot of work to do in Nepal’s far west, still many girls with unsure futures because of caste and gender discrimination. But there is progress, and here is proof of just how quickly educating girls can become a catalyst to change. 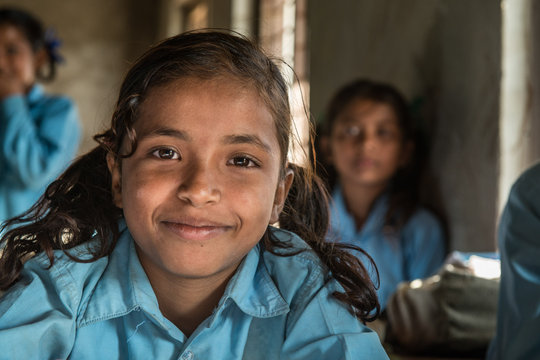 She is her community's future
‹ 1 ... 11 12 13 14 15 16 17 18 19 ›
WARNING: Javascript is currently disabled or is not available in your browser. GlobalGiving makes extensive use of Javascript and will not function properly with Javascript disabled. Please enable Javascript and refresh this page.