Fueling the mind while on the mend 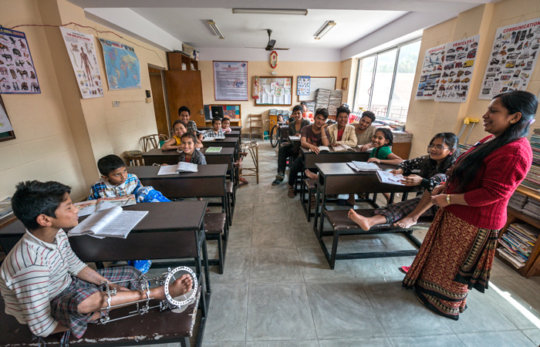 Since 1985, the Hospital and Rehabilitation Center for Disabled Children (HRDC) in Nepal has been reversing the plight of poor children with physical disabilities, making comprehensive treatment and rehabilitation accessible and affordable. With AHF’s support, HRDC has since grown into one of the largest pediatric orthopedic hospitals and rehabilitation centers in Nepal.

What sets HRDC apart is how they embrace the whole child, addressing their full spectrum of medical, therapeutic and social needs. One way they do this is through the HRDC school—a classroom they set up at the hospital so kids won’t fall behind in their studies during long hospital stays.

Despite it being the middle of spring break and a holiday, the classroom at HRDC was open for business. And the kids weren’t complaining!

Ten-year-old Sumit was born with a condition that caused one of his legs to grow longer than the other, so he is in HRDC to “grow” some new bone in his shorter leg. With an external fixator, it’s not a complicated process, but it is a lengthy one. He has spent the last three months in the hospital and has four or five more to go. “The HRDC school is great. If it wasn’t here I would have to repeat grade five, but I even sat my exam here, so will be able to go up to grade six now.”

Binita completed grade five in her village school a couple of weeks before coming to HRDC, but she will be starting grade six in HRDC’s classroom. “This is so much better than my village school. I’ve got three or four months to go before I leave HRDC and I know I will learn better here.”

HRDC’s talented multi-grade teacher, Miss Narayani, left a private school to take up the post at HRDC. I asked her what was better about teaching at HRDC than her previous job. “Absolutely everything,” she replied.

The classroom seats about 30 children, and in 2016 Miss Narayani taught over 800 patients, from preschool to grade 12.

HRDC has transformed the lives of over 75,000 young patients and, with your help, they can reach even more children with compassionate care for their bodies as well as their minds. 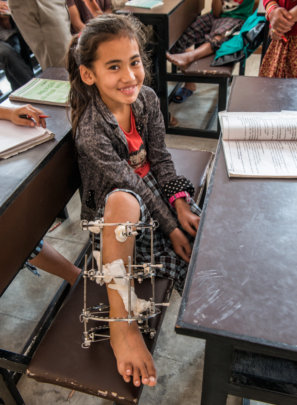 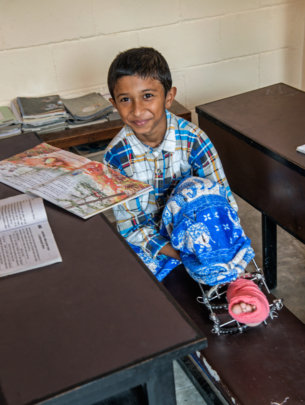 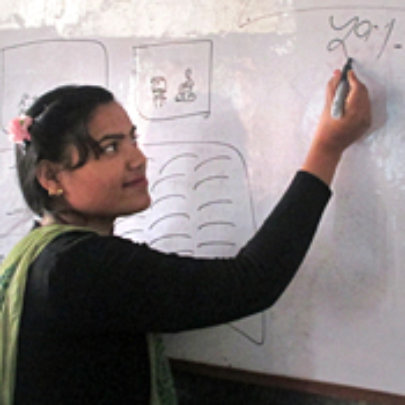 One of the most amazing results of our STOP Girl Trafficking project is Aruna’s army of STOP Girl Trafficking graduates! Young women once at risk of being trafficked are now role models. And they’re helping other girls, not only in the classroom, but empowering them to stand up to pressures that would take them out of school—because education is their best hope to change their fate. These are their success stories, in their own [translated] words.

Namaste! I am Bimala  from Banke, Nepal. I am a STOP Girl Trafficking [SGT] alumnae and a support teacher at Shree Nepal Rastriya Secondary School for the last two years. This is my success story.

Raniyapur is a predominantly Muslim settlement. Very few girls from the community go to school and instead have to work at home.

Rehenuma is in Grade 9, has been receiving help from SGT since Grade 6, and is very good at her studies. Nurelni is a student in Grade 12 at the same school. She too has been receiving SGT scholarship since Grade 7 and is a good student. Recently the parents of these 2 girls started saying that now their daughters are grown up, they don’t need to go to school anymore and want to marry them off. They stopped the girls from going and made them do household chores.

As an SGT supporting teacher, I went to the girls’ houses and talked to their guardians. After a long discussion, the brothers of the girls said that now that the girls are grown up, there is no use in educating them because they have to marry soon.

A few days later, I went to the girls’ houses again, with Ganesh Prasad Bhattarai from the RHEST office [our SGT partner]. We reasoned that the girls are getting scholarship from SGT to complete high school; they are of school-going age and not old enough to get married. We explained the benefits of getting educated vs. getting married at an early age. Since both girls are hard-working students and doing well at school, the guardians agreed to let them attend through final exams. After two months of relentless effort, we were successful in bringing both girls back to school. I became really motivated after this accomplishment and wanted to do more.

Khusnuma is in Grade 8, at the same school. Her guardians said that she is now grown up and kept her at home. Again, I went to her house and explained how the girls from Raniyapur are now back in school and that Khusnuma is even younger than them. I told them that Khusnuma should at least finish her exams, and then she can decide what is right or wrong for herself. After a long interaction with the guardians, they agreed to send Khusnuma back to school.

Similar is the case of Anisha, who has been in SGT since Grade 6. By Grade 9 her brother said now she is grown up and ready to be married, and took her out of school. I went to see her guardians and asked the reason for not sending her to school. After a long discussion, her guardians agreed to send her back. We also arranged for her to have extra tuition classes to make up for the three or four months of schooling she lost.

Thus these four girls, who had quit school and were staying at home, have now managed to rejoin school.  SGT has helped thousands of students to join school and I am also among the thousands. Now I have become someone capable and have made an effort to ensure that girls don’t get deprived of education. I would like to thank SGT, my family and the school for my success. 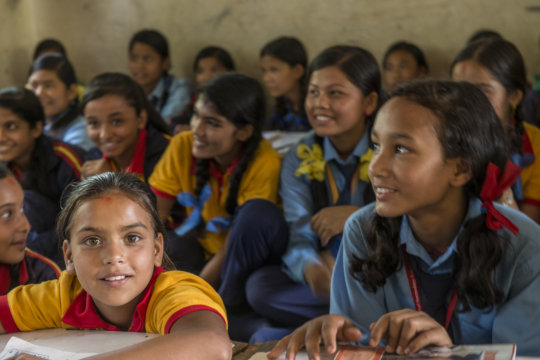 Get on the good foot: Birmala's story 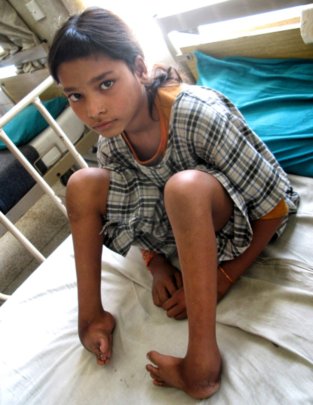 Clubfoot is a widespread problem in Nepal that often goes untreated and causes a lot of suffering. Surgery used to be the only option, but the Ponseti method, a non-invasive treatment that gradually realigns the feet with progressive plaster casts, is much easier on the children. HRDC has pioneered the technique across Nepal, and today uses it to treat children at all five of their satellite clinics.

Birmala is from a very poor family in the village of Devisthan, a two-day journey from HRDC. Her family depends on farming, but it only covers their expenses for less than half the year. To make up the difference, Birmala’s father has to travel to India to work as a day laborer and send a little money home.

Shortly after Birmala was born, her family realized that she had a problem with her feet and became worried—but they didn’t have the means to get her the treatment she needed.

Fast forward a few years: HRDC’s Regional Office, coordinating with a local youth group, discovered this forlorn young girl with severe bi-lateral clubfoot who could only walk with a stick and referred her to the main hospital in Banepa.

Birmala stayed at HRDC for six months on and off.  Though she was found too late for Ponseti, she received thorough diagnostics, two corrective surgeries, and comprehensive follow-up care. She recovered quickly, and was sent back home with a plaster cast on her leg. The care continued at home with visits and her own special shoes, made at HRDC and brought to her by a field worker.

Birmala, who was quiet and introverted, has since transformed into a happy and extroverted girl. She is now in grade 7, praised by her teachers for noticeable improvement in her studies, and has no need for a stick to get around. Her family is very grateful, telling neighbors how, thanks to HRDC, she has gained a new life.

‹ 1 ... 9 10 11 12 13 14 15 16 ... 19 ›
WARNING: Javascript is currently disabled or is not available in your browser. GlobalGiving makes extensive use of Javascript and will not function properly with Javascript disabled. Please enable Javascript and refresh this page.