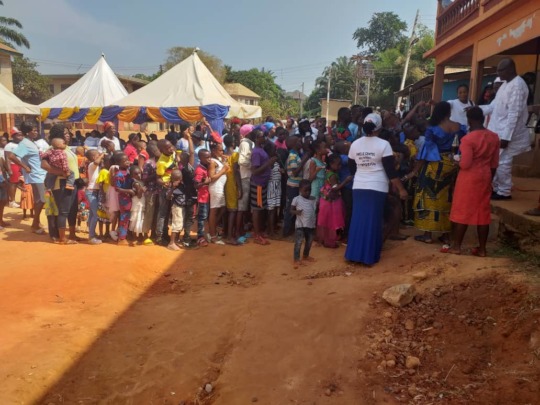 The highlight of this period is the annual symposium. We held our annual symposium in two of our satellite centres--Ogidi and Ozalla Ezimo. The turn out was great. All together, we had a total of 457 people in attendance broken down as follows: females 260 and males 197; Ages 9-18 = 270; Ages 19-30 = 121; Ages 30+ = 66. The theme for the symposium was "Strengthening of the Mkpuke to Stop Girl Trafficking." Mkpuke in Igbo language is not just kitchen. The Metaphor is women's area of living and operation within the family. The man has Obi while the woman has Mkpuke. Mkpuke is where the children are nurtured and made what they eventually become. Therefore, if Mkpuke is unhealthy or greedy or ignorant or poor the children most often become unhealthy or greedy or poor or ignorant. If Mkpuke inculcates the idea that children need to bring in money into the family through any means, then the girls imbibe the value and sometimes prostitute themselves or agree to be trafficked in order to meet with mkpuke expectations.

We had three presenters at Ogid-- Inwelle centre representative, Odida Ogidi Women Leader, and a male stakeholder. At Ogidi, two hundred children received Christmas presents from Inwelle Centre Santa Clause. This is in the bid to satisfy one area of need of the indigent family whose children watch and yearn for the toys middle class children in the community have.

At the two centres, there was eating, there was dancing, and there was merrymaking as well. 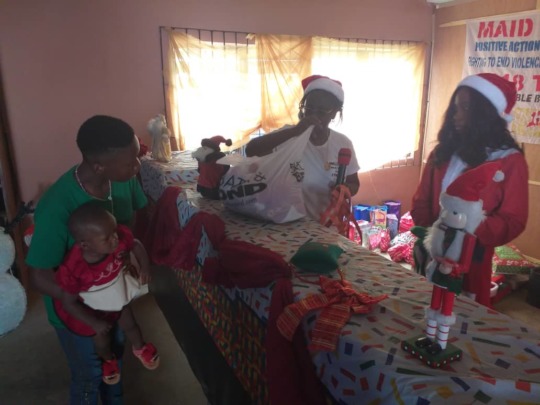 Santa at the Centre 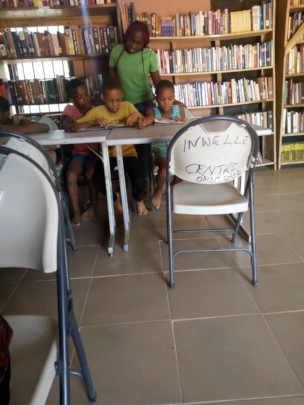 After school tutoring at the Centre 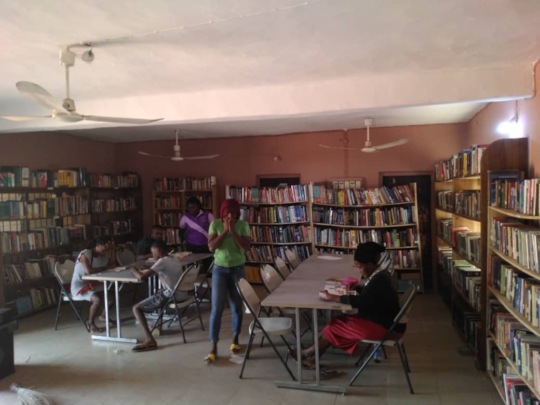 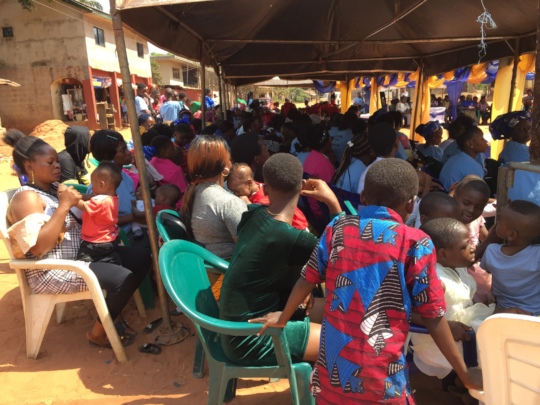 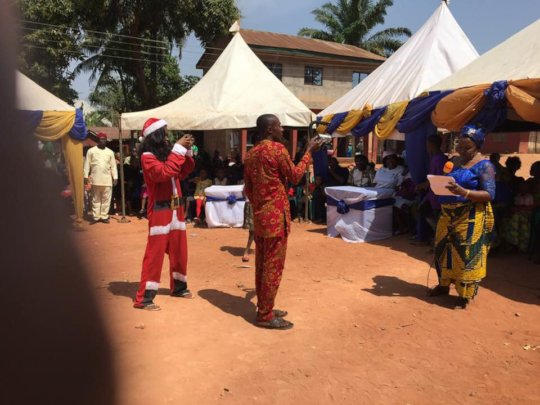 Women Leader at Ogidi Presenting at the Symposium 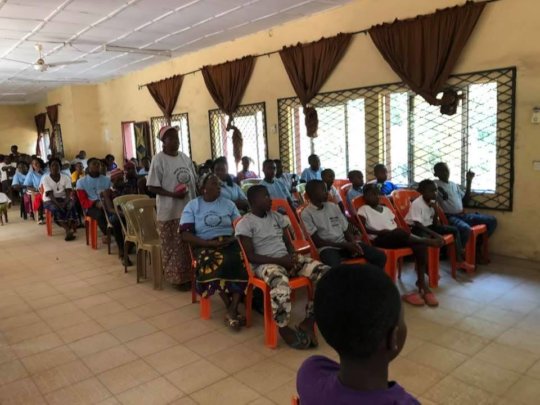 Audience at Our Ozalla Ezimo Symposium 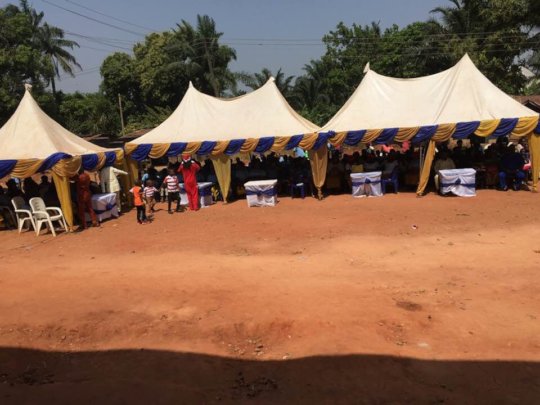 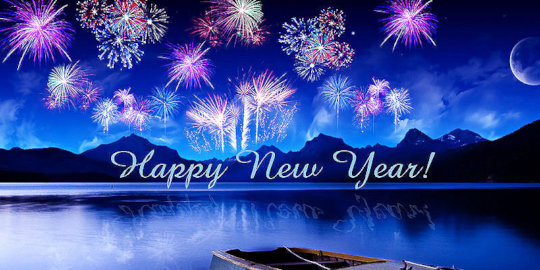 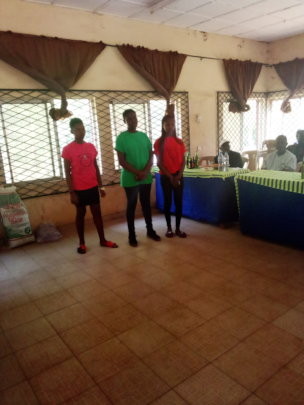 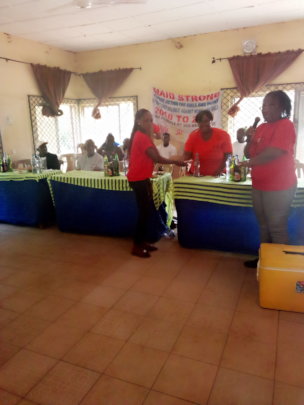 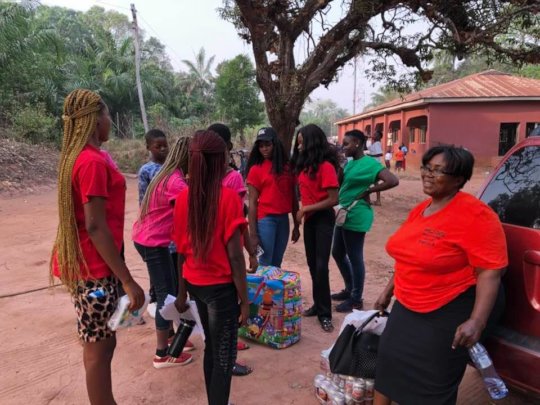 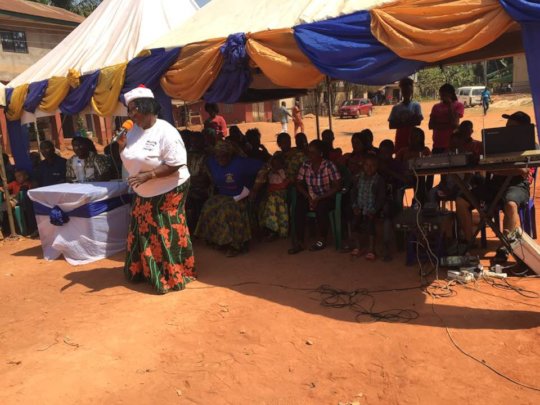 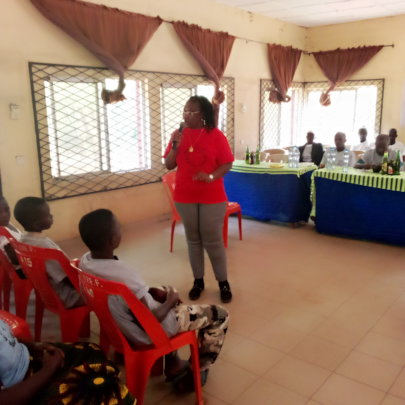 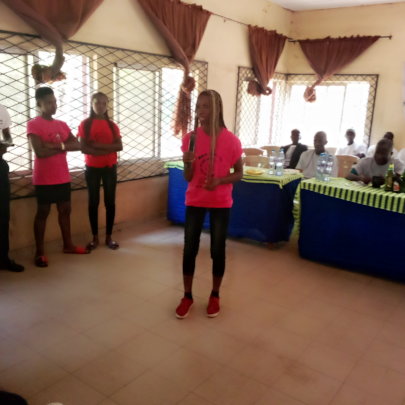 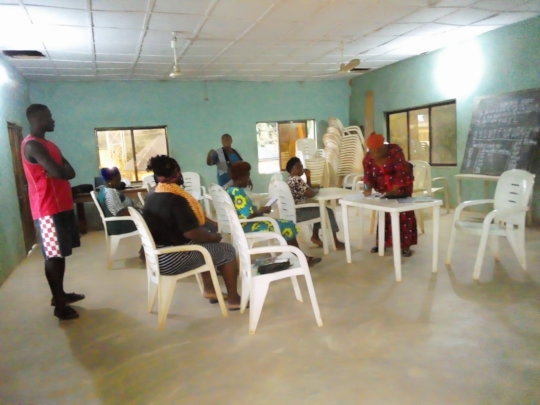 Tutoring at the centre

Staryting from September 2019 to date, at the five centres that we are running the Maid Strong projects, girls were tutored in academic subjects and computer literacy and computer skills acquisition. The exciting result from our July to August is that our boot camp beneficiaries went to their various villages and started teaching other vulnerable girls. They taught young girls the following academic subjects and skills. They taught the Central Processing Unit (CPU) as the main Component of a Computer hardware system, its function, and its parts. They  engaged in the practical skill by teaching MS Word,  Visual Basic 6.0 programming, and  computer hardware repair and maintenance. These are knowledge they acquired during their one month boot camp at Enugu in July-August, 2019. They taught arithmetic, integrated science, and social studies.

The girls  organizing a symposium with other young girls in the village by teaching them how to debate in preparation for Inwelle Centre annual symposium. The topic of thr symposium is “Education as The Bedrock of a Better Future.” The girls are also learning a traditional dance they will use in entertaining the audience that day instead of paying another group to dance. This way, they generate income for themselves through the gift of money the audience will give them while watching their dance. We are happy that they are learning how to generate fund by using the entertainment industry. The girls also go round the village to gather other girls to talk to them about Violence Against Women and how to avoid becoming a victim and how to report it if they see something. Their “See something; Say something” campaign is catching on in the villages. In some of the satellite Centres, the boot camp girls engaged in adult education, tutoring, and computer skills acquisition. They went to the village women’s meetings to advertise the adult education, tutored the Catch-them Young group in academic subjects, especially how to spell, read and write. Beneficiaries Trained September to Date (Total = 135): Females 99 and Males 36. 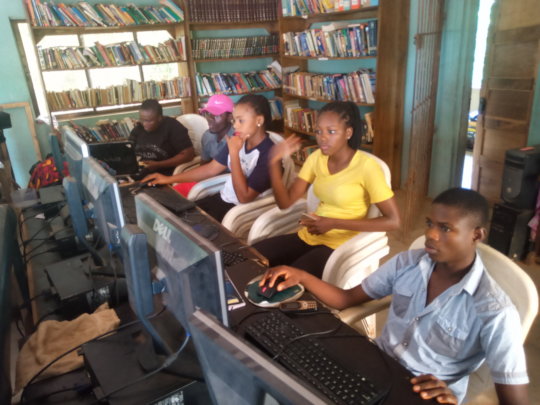 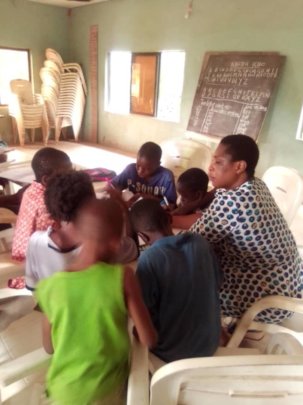 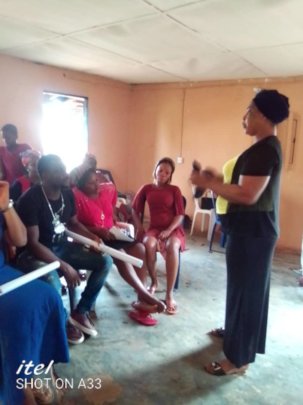 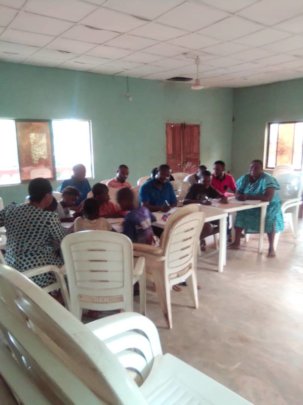 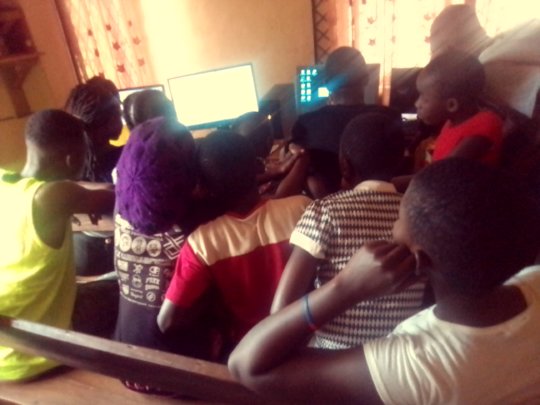 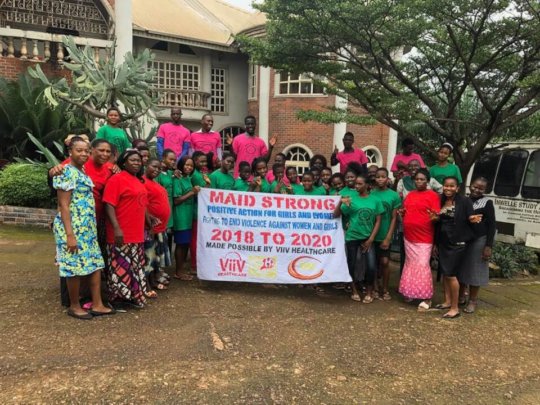 We held our Maid Strong: Stop the Trafficking of Young Girls Academic and Skills Acquisition Boot Camp Opening Ceremony on July 19, 2019. The turn out was great. We laid out all the packages of skills we were going to give the 20 girls participating. First the participants started learning how to make liquid soap and disinfectant immediately. The started learning computer word procssind, maintenance, amd coding. The participants went to Solid FM Radio 100.9 to aqdvocate for the stopping of trafficking young girls to the city to serve as maid/househelp as the practice brings emotional, psychological, sexual, and physical violence on the lives of the girls. 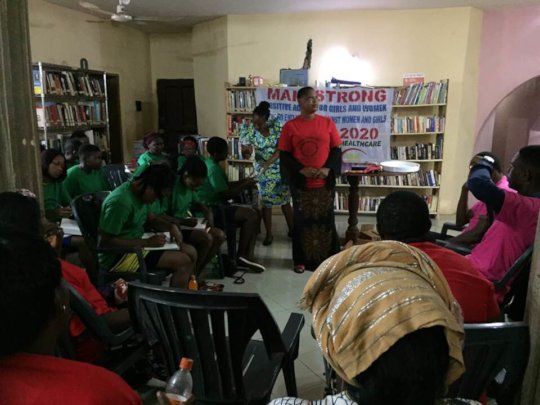 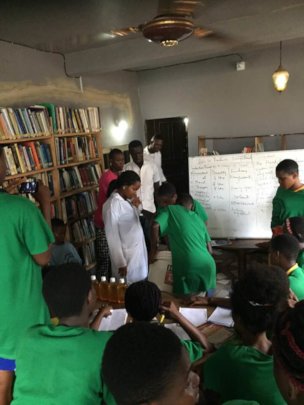 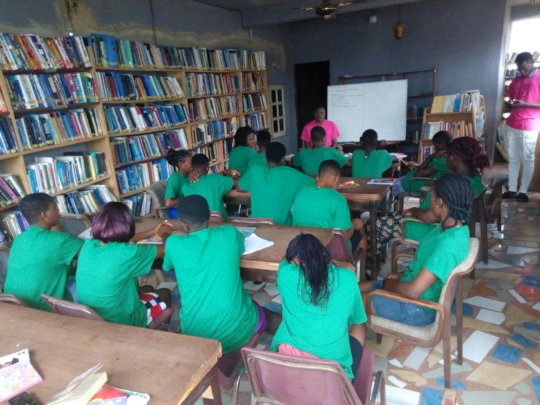 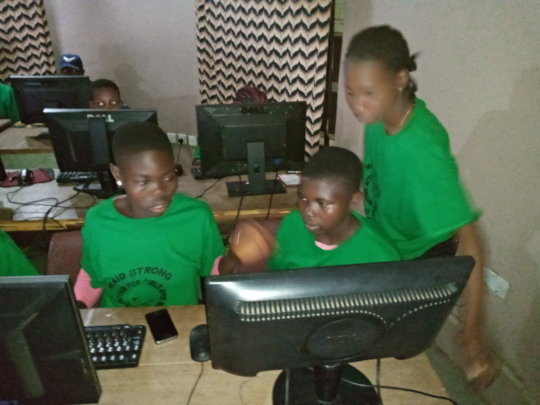 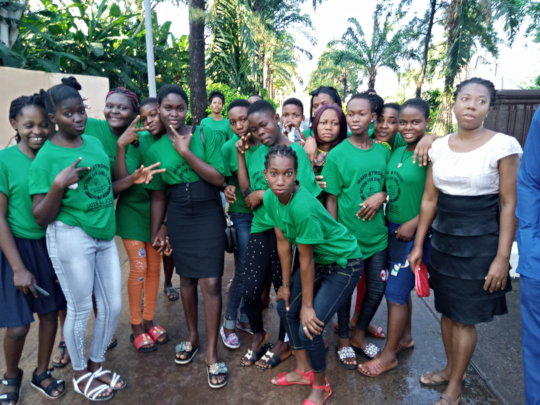