The importance of these trainings

This semester, Mouhssine Tadlaoui-Cherki is teaching Project Design and Management to Masters Degree students at the Center for Community Consensus-Building and Sustainable Development – created in 2008 by HAF and Hassan II University in Mohammedia. We asked Mouhssine a few questions (Q), and here are his answers (A):

Q: First, you said you have 15 students. Can you give some examples of how this training will help them?

Q: What has been some specific feedback from the students about why they feel positive about this training in particular?

Q: Can you give a specific example of one of the techniques you teach?

Q: Lastly, how do you feel about the training? 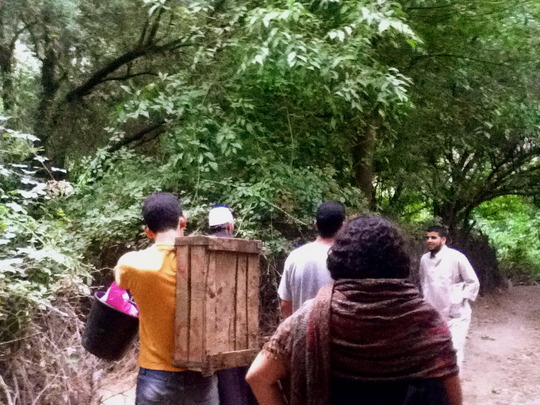 All of us walking down to the orchards.

Shonali Banerjee and Aliza Appelbaum are In-The-Field Representatives for GlobalGiving.  They are visiting projects in Morocco, Spain and France.  Here is their most recent "postcard" from Morocco:

On June 27, 2012, Aliza and I had the pleasure of visiting two local High Atlas Foundation project sites, both in the High Atlas Mountains outside of Marrakech. In the afternoon, HAF Project Manager Abderrahim took us to Tassa Ouirguane, a rural village home to Sami's Project and several other development projects.

After arriving in the village, we were invited into the home of the local town leader, Hassan.  While there, we discussed the benefits of the project whie enjoying tea, fresh baked bread and olive oil made from local olives.  Since Hassan only spoke a Berber dialect, Abderrahim kindly acted as translator for us while we talked about how Sami's project has impacted the village and improved the livelihoods of the local citizens.

After leaving Hassan's home, we walked down the road to see the orchards and site where they will build a women's co-op. The co-op is the next project the village leaders have chosen for their community, and Abderrahim told us it can be built in about two months. We were thoroughly impressed by how quickly this project will be completed. Hopefully the next time GlobalGiving representatives visit Morocco, they will be able to see the finished co-op!

We were accompanied to the orchards by Hassan and his son Abdul Karim (pictured below), who brought an empty crate to pick some of the fruit. We saw apricots, plums, and nectarines, all ready to be picked. As we came to different kinds of trees, we got to try all the different kinds of delicious fruits. After a few minutes, we decided to climb up in the trees also to pick our own. It was a fun and interactive site visit!

This also felt rather like coming full circle. In the morning, we were able to see the small cherry and walnut saplings in the nursery. In the afternoon, we saw a flourishing orchard, where village leaders are successfully selling the produce in local markets.

Sadly, the school was already closed for summer vacation, but we stopped by to see it on the way back to Marrakech. The school is for primary education only right now, but considering the low literacy levels endemic to the region, this is a great start for the village.  Aliza and I were thrilled to visit this site, and see just how much of an imapct this High Atlas Foundation project is having on the local community. 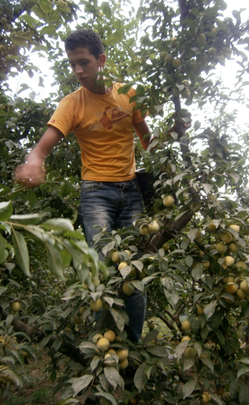 Abdul Karim picking plums to sell in the market. 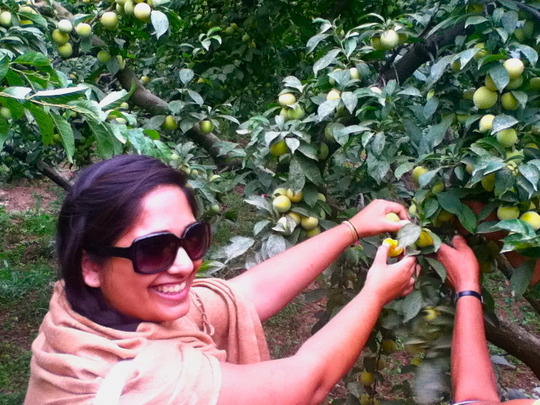 Picking fresh plums from the tree! 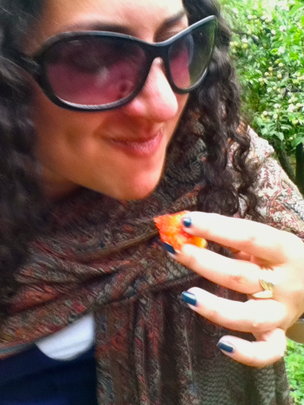 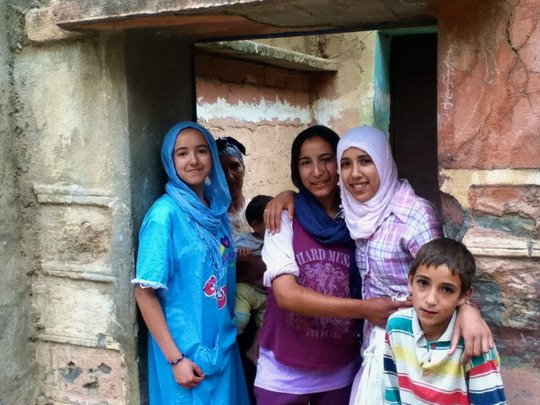 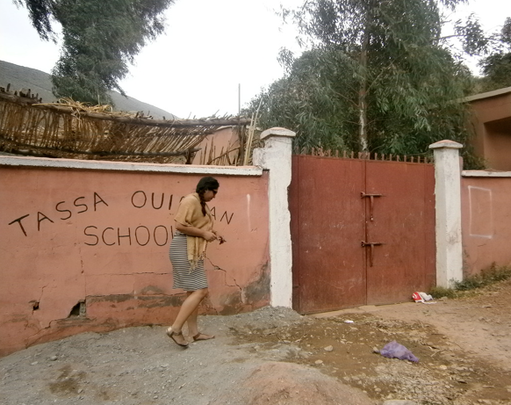 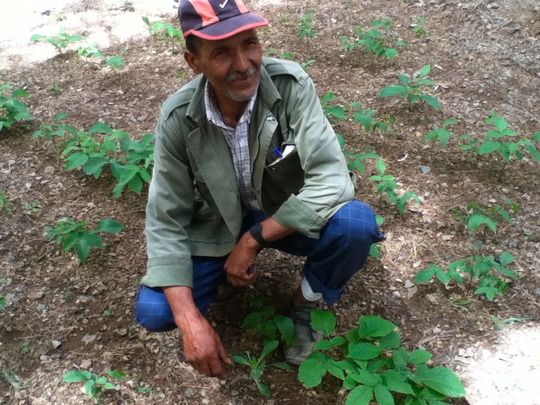 Community member Omar with his saplings.

On June 27, 2012, Aliza and I had the pleasure of visiting two of the several High Atlas Foundation (HAF) sites.  HAF is one of GlobalGiving's most active partners in Morocco with over 26 projects, 5 of which are currently listed on the GlobalGiving site. HAF has several projects in rural Berber and Arab villages in the southern part of the country. We visited their cherry and walnut tree planting project with Project Manager Abderrahim, who was kind enough to show us around, make introductions to local leaders and act as translator.

The cherry and walnut tree nursery is located in the rural village of Tadmamt. The project, to plant 50,000 walnut and cherry trees, is one of many tree nurseries HAF has started in the last two years. The trees stay in the nursery for one to two years.  After this initial growing period, they are given to local families, who can sell the produce at local markets and use the seeds to plant more trees. The walnuts are a local variety, while the cherries are sometimes grafted onto local varieties.

The trees are cared for by a rotation of local volunteers from the surrounding Berber villages. One of the locals, Omar (pictured below), showed us the plants in different stages of development and the irrigation systems they created to make sure the trees get enough water in the arid climate. The nursery is located in a forest, so we also met with a government official from the forestry department to talk about the importance of the trees (they help combat soil erosion and flooding in the mountains), as well as some of the people who have received the trees.

Aliza and I learned a great deal from our morning with HAF- it was wonderful to see firsthand what an active impact the organization is having on the local communities! 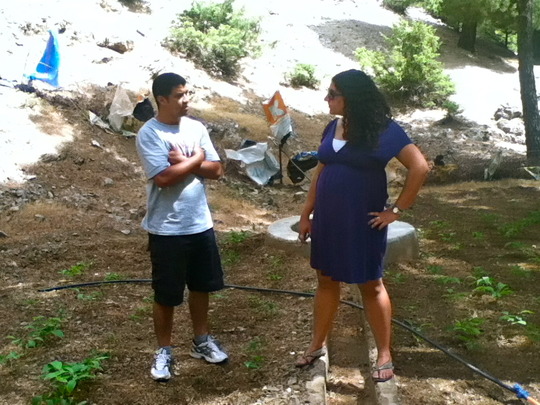 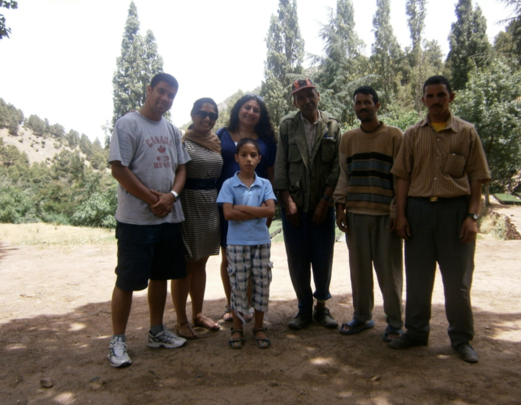 Us with Abderrahim, Omar, and government officials 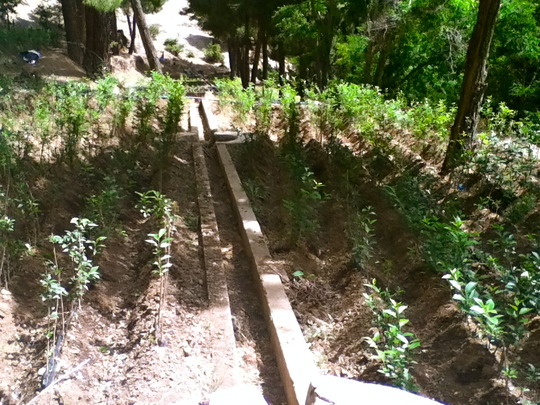 Rows of walnut saplings at the nursery site. 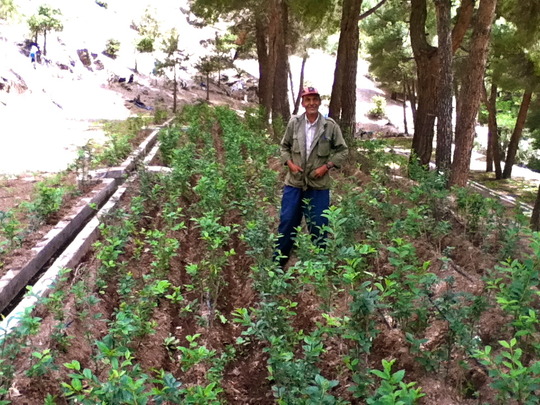 Omar with the year-old cherry saplings.