Report: Dare to Join the Fight Against HIV/AIDS 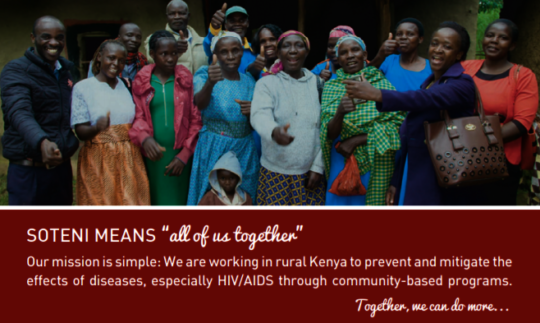 Contributing to breaking the cycle of poverty and AIDS in rural Kenyan villages, SOTENI International AIDS Barefoot Doctors are community members/health workers who provide home-based care, group therapy and education to people living with HIV/AIDS. In our three SOTENI Villages of Hope.

Why is clean water so important to SOTENI’s mission?

SOTENI International is proud to announce that P&G’s Children’s Safe Drinking Water Program (CSDW) has extended its partnership with SOTENI to provide clean water to rural Kenya through 2020. Since 2010, P&G’s CSDW program has provided support to SOTENI’s AIDS Barefoot Doctors Clean Water outreach. With this renewed support, SOTENI aims to increase the distribution of water purification packets by 23%; reaching more than 2,000 families a month, who are living with HIV/AIDS. The P&G Children’s Safe Drinking Water Program was launched in 2004 and recently celebrated delivering 15 billion liters of clean drinking water in more than 90 countries.

A MESSAGE FROM THE EXECUTIVE DIRECTOR

SOTENI was founded 16 years ago with a vision to be the best model for preventing AIDS in vulnerable communities around the world. Last year alone, SOTENI served over 17,000 individuals and families living with HIV/AIDS in rural Kenya. We did this through our flagship program, AIDS Barefoot Doctors, our clean water partnership with Procter & Gamble’s Children Safe Drinking Water program, and community-responsive programs in SOTENI Villages of Hope including a health clinic, a community business and learning center, agriculture projects and income-generating activities.

We invite you to read our 2019 Annual Report. As you read through it, we know you will be proud of the work SOTENI is doing, and we hope you recognize your vital part in advancing SOTENI’s vision.

Your ongoing support is the reason SOTENI is able to create a vision and plan for our strategic growth, outreach and engagement.

Thank you for being with SOTENI, as a supporter and friend as we move forward together! We are truly grateful for your support.

Report: Dare to Join the Fight Against HIV/AIDS 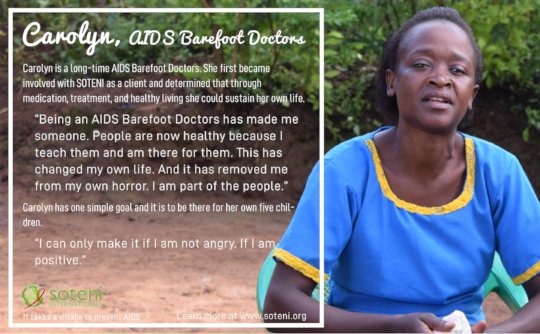 Thank you for your support of SOTENI’s AIDS Barefoot Doctor Program through SOTENI’s Global Giving Campaign; Dare to Join the Fights Against HIV/AIDS in Kenya.

SOTENI empowers tens of thousands of people affected by HIV/AIDS to break the chain of infection and poverty through SOTENI’s innovative and effective AIDS Barefoot Doctors program. AIDS Barefoot Doctors are community health workers dedicated to destigmatizing and supporting people living with HIV/AIDS in underserved, remote villages in rural Kenya.

This is only made possible through partnerships and support from individuals and organizations. SOTENI works alongside supporters like you and our Kenyan partners to continue to advance our mission and invest in a better, safer future for the people of Kenya whose lives have been impacted by AIDS. 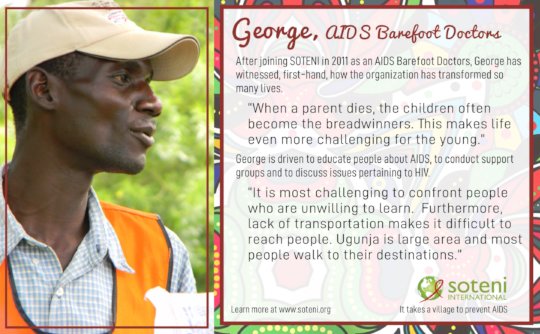 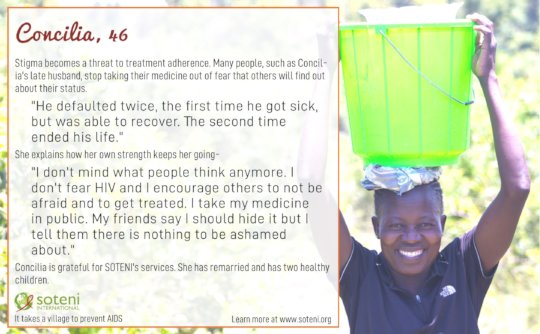 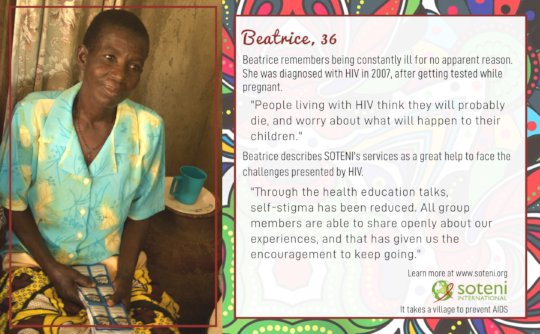 Beatrice
‹ 1 2
WARNING: Javascript is currently disabled or is not available in your browser. GlobalGiving makes extensive use of Javascript and will not function properly with Javascript disabled. Please enable Javascript and refresh this page.