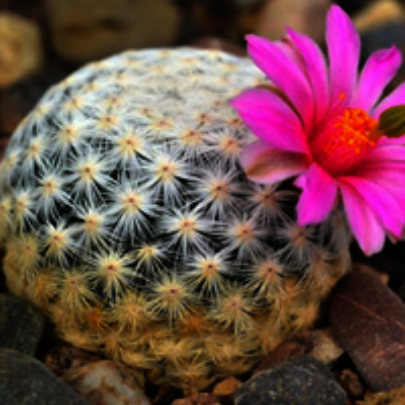 Winter, flowering time for many species of cacti

By the end of 2019, we decided to concentrate our regeneration efforts, including the GivinTuesday campaign, in El Crestón and El Fortín, two ecological urban parks within Oaxaca city. In these areas, just as at our El Pedregal demonstation center, we work around water, and there are four things we can do: stop it, drive it, store it, and let it run its normal course –but prepared to counteract its effects or prevent it from harming us (such is the case of bridges or the stilt houses).

In general, we make a careful combination of these things according to the conditions of the site to be regenerated (topography, climate, soils, etc.), as well as the social conditions and the materials and techniques available to us. The first way to stop the water, of great importance, is revegetation, which is much more than simply planting trees. Reforestation is, in fact, a basic activity, but particularly during thsi part of the year it is also necessary to take care of trees and other planted plants (preferably of different native species), enrich the soil, encourage growth of natural vegetation, avoid and control fires and pests, and promote appropriate productive activities.

While avoiding the direct hit of the rain on the bare soils, with those same actions we are driving water and storing it in ways that are not so evident: part of the water infiltrates the soil and is stored in the water table and in the humidity from the soil itself. Another portion becomes an integral part of the plants and living beings of the place, including us. Water in soil and plants is called green water.

Now we are facing the dry season, and we foresee this one is going to be specially hard, because the past three years it has rained below the average in the Central Valles´s área, and the temperatures in January and February have been unusually high. Thus, our dissemination activities have also concentrated in the city, with the idea of raising social conciuosness around the need to save and reuse water.

Finally. we thank again all of our supporters for the great effort made during the last campaign by the end of the year. It was quite successful! 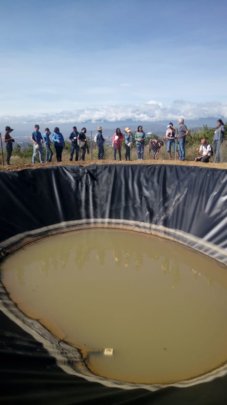 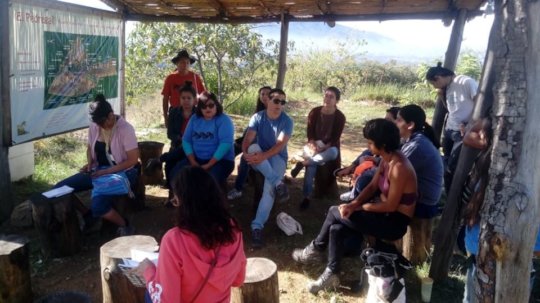 Students from Nederland at El Pedregal 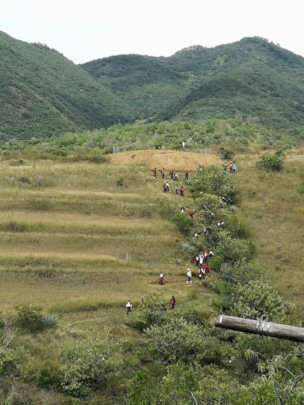 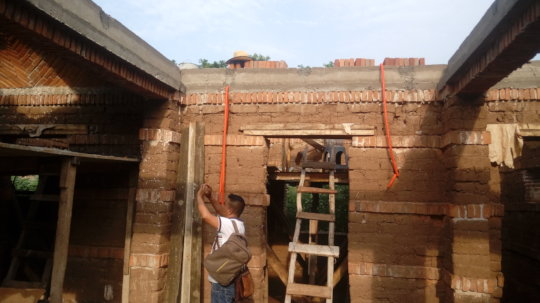 Oaxaca has got only two seasons: dry and wet. We are at the end of the rains but it has fallen less water than normal this year, because of climate change. That is why is so important to regenerate our environment and this means slowing water, protecting the soils, increasing vegetation coverage. This we´ve doing intensely this months!

In september the famous painter Francisco Toledo passed away. This has been an enourmus loss for us: besides his artistic genius, he woked restlessly to protect communities and nature. One of his last solidarity acts was donating an engraving for our Project. We organized a raffle as a small tribute.

During this period our children´s program was specially active. More than 200 elementary scholl students visited our demonstration centers. We have introduced a new feature for this program. Parents were invited too.

We concentrated a lot of effort to carry out workshops in different fieds, from alternative building techniques to organization 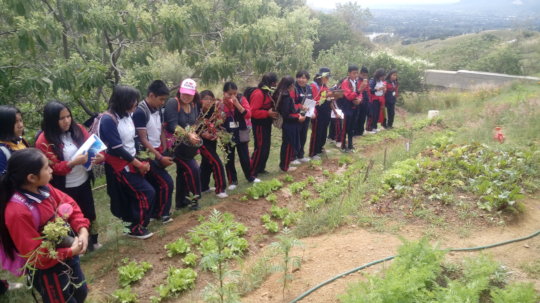 Childrens program at The Demonstration Center 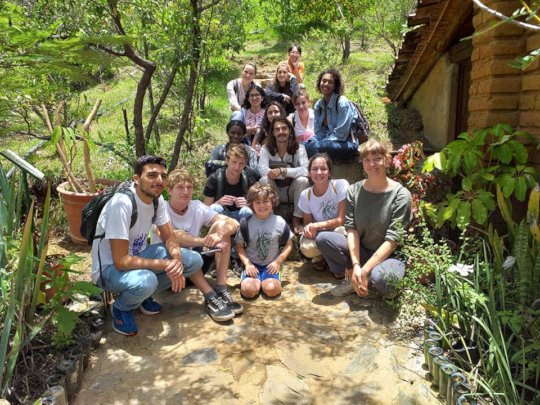 Visit of students from Holland to El Pedregal 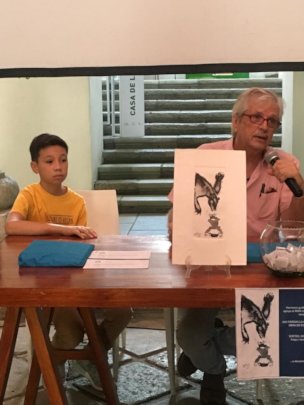 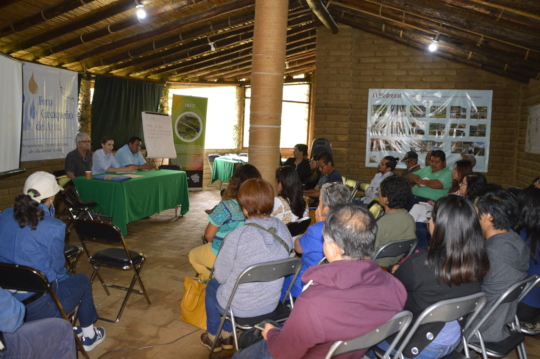 General Assembly of the Water Forum 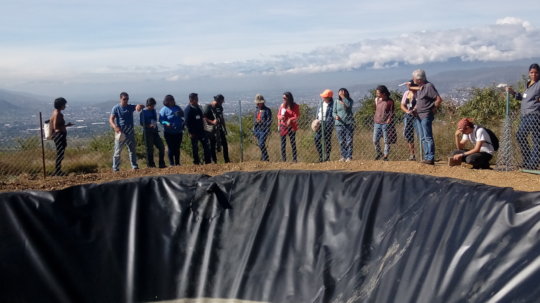 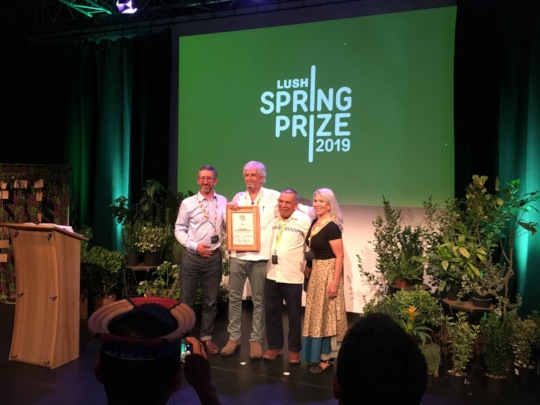 Receiving the Lush-Spring Prize in London

This is our first report as partners with Globalgiving and we are very excited both with the crowdfundig campaign and the results in our project to reweave the social and environmental fabric in the Central Valleys of Oaxaca. In late May some of our team and partners went to London and Sussex to receive the Lush-Spring Prize (link attached). It was not only a recognition of the work of lots of people, but also an opportunity to share experiences with other organizations from Africa, South America and Europe.

June is the beginning of the rain season in Oaxaca, and for us that means reforestation. We planted several thousand trees this season, together with communities and committed citizens. June is also the time to start the milpa, this unique combination of corn, beans and squash, so we plowed and planted at El Pedregal Demonstration Center together with orchard beds. This month meant also the beginning of our flash fundraising campaign with GG. It was new and huge and we reached our goal, but more importantly, we were able to make our project known to many people. We realized how many good and supportive friends we have! Francisco Toledo, the greatest living painter in Mexico, joined the campaign and donated an engraving of his to be riffled.

In July we went on, both campaigning and field working. We are sharing a fine journal report that gives a better idea of our endeavors. We also held a nice picnic at El Pedregal to thank all the participants in our campaign. We invited people to come see the guided tour of the regenerated land and, as it is traditional in Oaxaca, people could bring food and have a potluck style picnic. It was so beautiful to see more than 50 people all coming together to see and support El Pedregal ,share all kinds of fruit, taquitos, sandwiches, traditional Tejate, a drink from the region and just being together, enjoying the view and fresh shade of the adobe terrace.

All the maintenance details we had, like toilets and leaks are done, we received short and long term volunteers. Now we are preparing to host workshops and go beyond rural areas, bringing compost toilets and gardens further into cities.

Thank you so much to all the supporters of Aguaxaca and El Pedregal, we hope to keep inspiring each other and collaborate with more people in the name of regeneration. 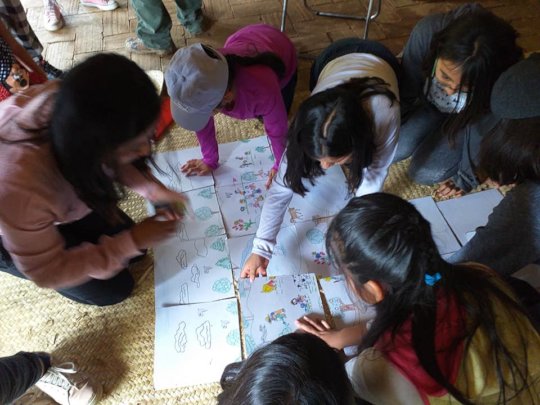 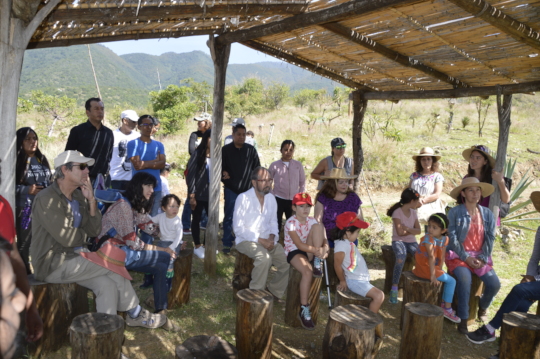 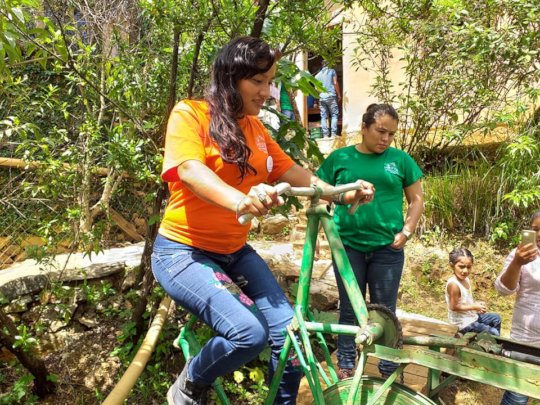 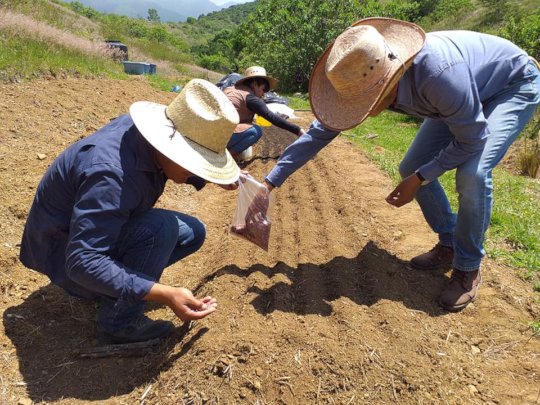