Give them wings to fly... 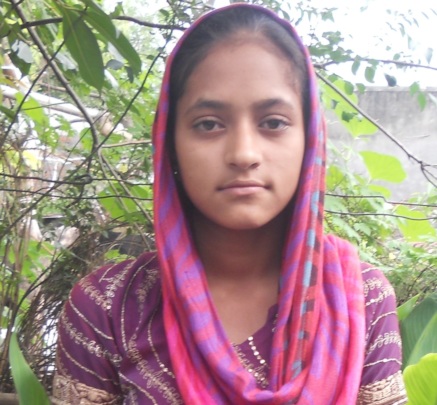 In this report Gram Vikas Trust (GVT) wants to share some critical things observed in the rural area where we are working. The condition of education and its important is not being accepted by the rural tribal people. As well the condition of government education is also not making major changes on the mindset of rural communities which help them to change their mindset. Many tribal people have get good education and also are on the respective posts of the society. But majority of the people still thinking “what will our girls do after getting education, as she has to work as house-wife only.”

The simple sentence from the tribal people can show their willingness, awareness on education and its systems. There are different reasons for it, and each reasons are interlinked with each other. And the major reason we believe is the parents are not educated and specially the mother. In comparison with the local city the tribal villages are still 20 to 30 years back. And if this generation will not able to get good education then it will take another more 10 to 15 years.

In our record more than 450 girls are supported for higher education with different support provided by us. Many of them have able to get good education and some of them could not able to visit the classes as lack of support from parents, villagers and other reasons. We at GVT believes and working on the issue of lack of awareness on education, providing material support is required as the financial condition is not good but the major need is to work on changing the mindset.

Gujarat might be a developed state but still the rural villages are under developed. Many of our sisters and daughters are still facing the issues which have been faced by our ancestors’ years ago. Let us come together for the education of the rural tribal girls for giving them wings, to fly and to see the world. Let us help them for a good ride towards education. 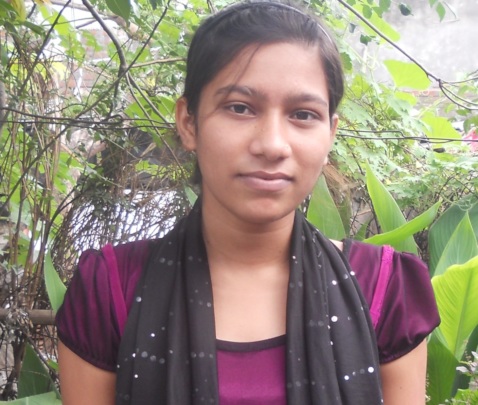 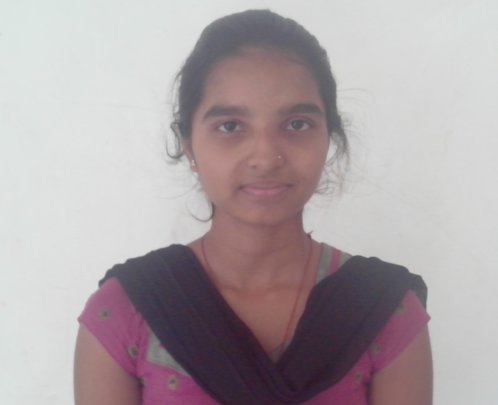 Sangeeta and her bicycle 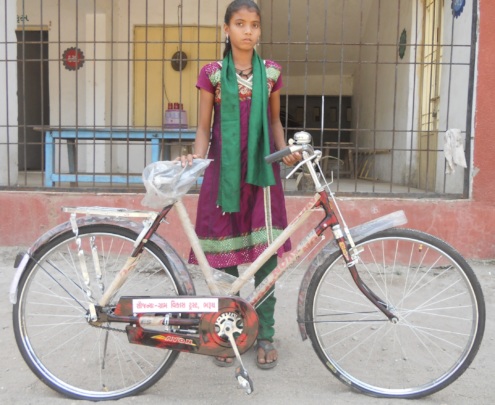 In this update report, GVT wants to share a story of Sangeeta (name changed) and her bicycle. In 2014 GVT provided bicycle to Sangeeta, while she was taken admission in 9th standard after completing 8th from her village. She took admission because she provided bicycle otherwise she might get drop out from the school. With the bicycle she completed her 12th standard and now she is doing computer course from a nearby town.

Sangeeta attend the computer class with her father, and now bicycle was not in use by her. So she gave the bicycle to one of her friend who was in need of it for schooling. The same bicycle and the same school but the rider got change. Being inspired by Sangeeta Sarpanch of the village and school head teacher thought to give some bicycles to other needy girls, and the result is four bicycles were given to four girls by the Sarpanch.

While interacting with the Sarpanch, he shared that “I surprised while I came to know about bicycle was given by Sangeeta to her friend for studying further, many of the girls have not able to study further as the village is interior. If Sangeeta can help others than it is my responsibility to support girls for study further.”

Many parents wish their daughters to study further but the distance and economical condition don’t allow them to do so. The 3000 INR bicycle may help a daughter to study further. It might be a small amount for us but it may change the life of some needy girls. Like Sangeeta and Sarpanch let use help to make the change.

“We rise by lifting others.” 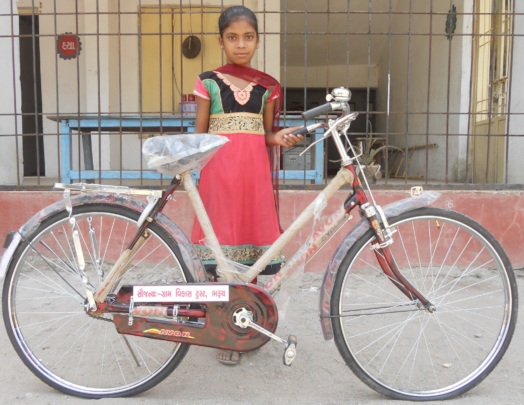 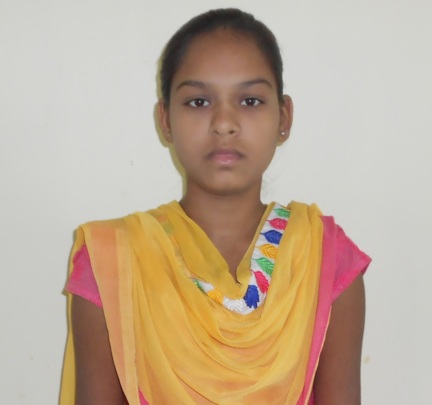 Story of a Change Maker 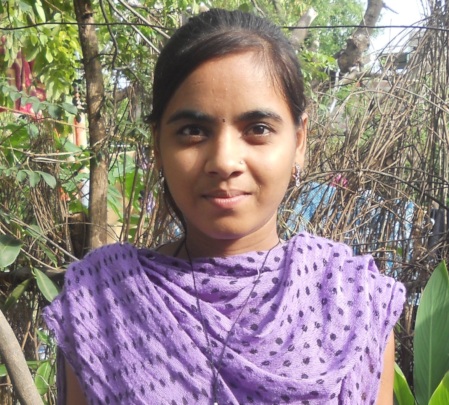 While talking about the development has been done in the recent years, we forgot to look in the rural India. The village where the real Indian people are still living under developed or not even on the developing stage. Whereas the education level and the mindset of the people are still not allowing the people to come out from the rigid system. Most of the families in the rural areas are still not able to think about the future of them and their children.

If we talk about Gujarat, and especially about Bharuch and Narmada districts, many villages are still thinking about higher education for girls is not worthy. Still the parents arrange marriages of their young girls in the very early age, and the routine remains continue. And problems like divorce, bad habits, parenting and other social problems remain as it is. Organization like Gram Vikas Trust (GVT), working in this areas since longer time is not only believes in providing the materials for education but focuses on how the parents/society can change the mindset and understand the important of education.

In this report, Reshma’s (name changed) story need to be highlighted. As Reshma has suffered a lot for getting education outside of her village. Reshma’s father is alcoholic and working as laborer in village’s fields, whereas her mother is also alcoholic, and help in household work. Reshma has three elder siblings and they have not studied after 8th class. Reshma was bright in studies and wanted to study further after completing 8 standard in her village. But her parents were not agreed for this. Reshma’s friend was also wanted to study further but she was also facing the same problem like Reshma. Both the girls tried hard for the higher education. Both the girls contacted their principal of the village school, and he motivated both the parents for girls’ education. Somehow both the parents agreed for the higher education.

Reshma in the young age has decided to make some changes in her village, and she have started a small tuition class for the 1 to 8 class children at free of cost after school hours. GVT helped Reshma for settling up a small library and also helped both the girls for their school related materials. “My father has not able to study, even my mother which reflects in our upbringing and many other examples in my village. But I will help my sisters to get education, which may help them to think different.” Shared by Reshma with GVT’s officer. 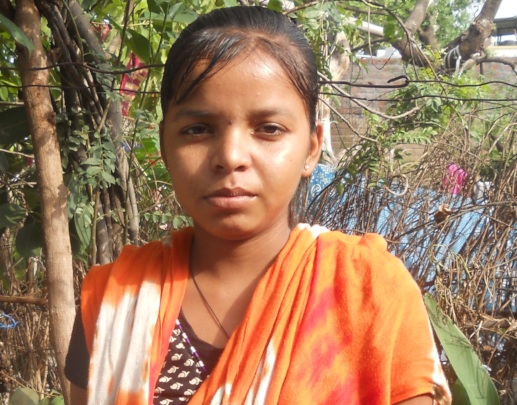 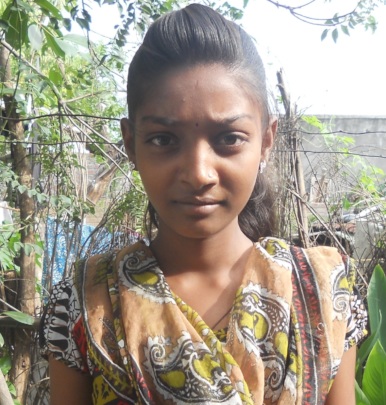 ‹ 1 ... 5 6 7 8 9 10 11 12 ... 44 ›
WARNING: Javascript is currently disabled or is not available in your browser. GlobalGiving makes extensive use of Javascript and will not function properly with Javascript disabled. Please enable Javascript and refresh this page.