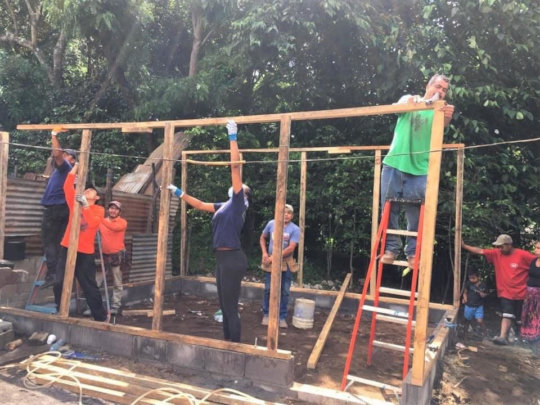 The Zuleta and Carmona families live very close to each other San Antonio Aguas Calientes, a town 15-20 minutes from Antigua, Guatemala. They are family, after all, and each of them has their own unique story.

23-year-old Damaris and her family live in the Verapaz neighborhood of San Antonio Aguas Calientes. She gave birth to her 8-year-old son Lester when she was only 15 years of age. She became pregnant due to the deception of an older man taking advantage of her young age, who afterwards only left her. Damaris never heard from him again.

It was difficult for Damaris being a single mother and trying to support her child with the little money that she earned working as a weaver. She eventually found another companion, who became a father figure to her children and helps provide for them. He works as a laborer in the field to pay for the studies and food for her two children, 8-year-old Lester and 5-year-old Dilan. Damaris makes Q600/month ($80) weaving and Luis makes Q1,200/month ($160) in the field.

During a New Year’s Eve party at the end of 2020, Lester was setting off celebratory fireworks. Due to his young age, he accidentally put what is called a “chiltepito” in his pants pocket where he had placed other chiltepitos. The fireworks caught fire in his pocket and left him with 3rd degree burns on his leg. As a result, he was transferred to the hospital for an emergency skin graft transplant surgery. The family’s economic situation worsened since they then had to spend their money on expensive ointments and healing agents to treat Lester’s burns.

29-year-old Olga spends her days weaving traditional Guatemalan fabrics, earning a meager Q600 ($80) a month to support her three children, 12-year-old Jazmin, and her 8-year-old twins Estuardo and Fernando. When she was pregnant with her daughter Jazmin, Olga’s husband was brought before the local court for murder, which made it very difficult on her family and her ability to cope alone during her pregnancy. Her parents supported her during that time. She stopped seeing her husband while he was in prison because she had no way to visit him. While incarcerated, he sent friends from the same village they lived in to threaten her. After the threats continued, Olga knew she had to move her family to a new area so they would not be harmed.

Before a group of excited volunteers arrived to build new homes, both families lived in very humble houses made of reeds, laminate, and a dirt floor. They approached Nuestros Ahijados to discuss the possibility of new homes for their families. After a couple of home visits by our social workers, it was determined that both families were eligible.

Their dreams came true when a small ServiceTeam from various parts of the United States arrived during the early part of July to build them their new homes. “They were like angels sent down from heaven”, said Olga. After three grueling days of digging 2-foot trenches, hand-mixing cement, laying a cinderblock foundation, cutting wood, and nailing on the walls and roof, a bright blue 12x16 foot house stood for Olga and Damaris’s families. Both mothers were elated to have a safe and dignified home where their children could sleep, eat, learn, and grow. It would be a home that would protect them from the harsh rains of the rainy season here in Guatemala.

There are countless more houses to be built for families in need, and we cannot build them without your continued love, compassion, and support. Please visit www.GodsChild.org to learn more about how you can be involved and start planning your own home-building experience. 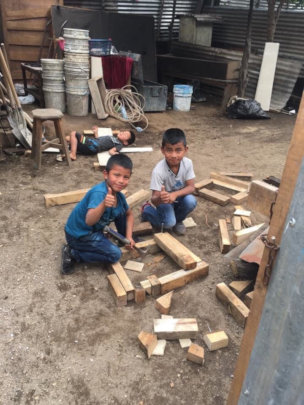 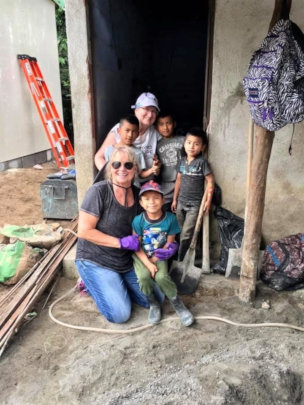 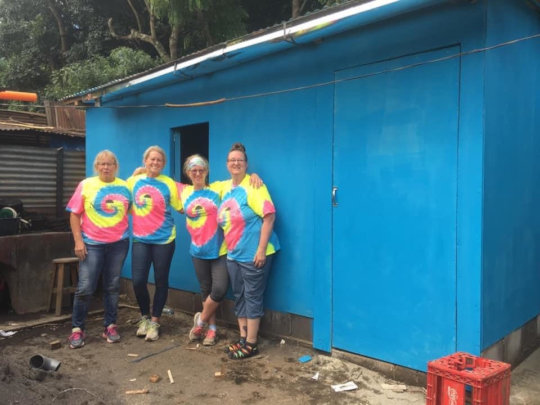 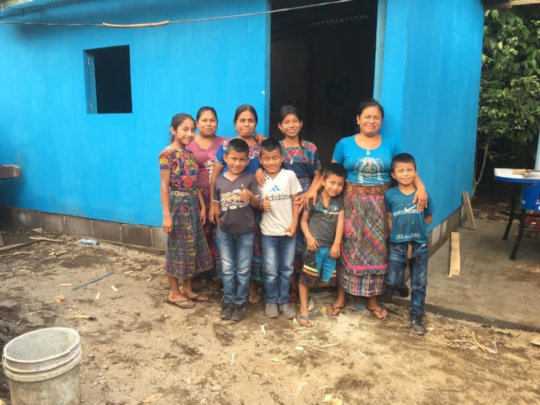 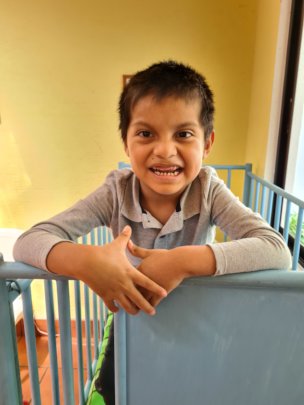 If you have visited Casa Jackson in the past year and a half or have interacted with our social media page, then you will have met our longest-serving patient in Casa Jackson, Angel.

Angel arrived at Casa Jackson in February 2020 after being referred by the PGN (Guatemalan Social Services). His mother had abandoned him as he was too much of a burden for her to look after. Angel was aged around 6 and was unable to walk or talk. Since then Angel has spent over 500 days in Casa Jackson and the progress he has made has been astounding.

When he arrived, the prognosis for Angel was not good. It was doubtful that he would ever be able to walk or talk. He was also unable to focus his eyes. However, after sessions with our staff and volunteers Angel is now not only able to walk completely independently but can also say a number of key phrases to let staff know of his needs. He is also able to communicate non-verbally through actions and symbols to get his point across. Angel eats and dresses himself independently as well.

On top of that Angel has also gained a significant amount of weight since arriving at Casa Jackson. At the most recent weigh-in Angel had gained 16 lbs. 3 oz. or 66% of his initial weight.

So why is Angel still at Casa Jackson? He is actually no longer malnourished and has not been since around April 2020 but has not been able to leave. This is because due to COVID-19 Angel seems to have fallen through the cracks of the Guatemalan Social Services. He was required to go to a children’s home but that home needs to be able to match his needs and provide him with further speech and physical therapy and, as of yet, that has not been possible.

This story may well have a happy ending, however. Angel has an upcoming hearing to attend with the goal of finding him an adoptive family to live with. It seems that there is already a family lined up to take Angel and we just have to wait and see if they are suitable. It is no less than Angel deserves, as he is a wonderful child who brightens up everyone in Casa Jackson’s days.

When the time comes for Angel to join his new family it will be hard to adjust. Many staff members and volunteers alike have become extremely fond of Angel and how he is part of the furniture at Casa Jackson. It will definitely be strange to walk into Casa Jackson and not hear Angel’s voice shouting ‘hola’ to you, pointing to the nurses to show who has arrived. Nevertheless, everything we do at Casa Jackson is for the benefit of our patients and the time has come for Angel to start a new life with a loving family. We can’t wait for Angel to finally get what he has always deserved. 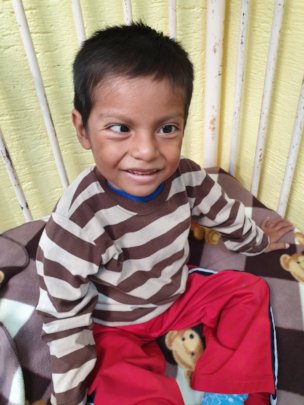 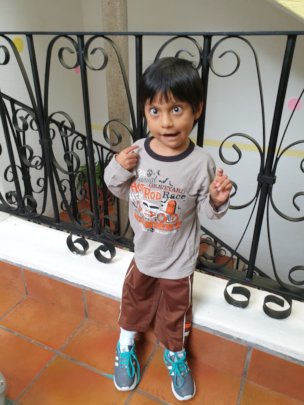 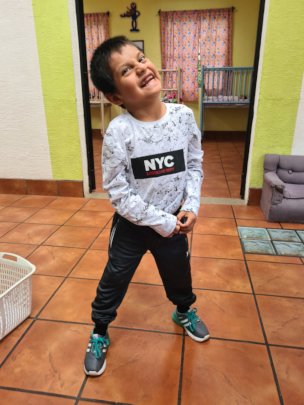 What Life Could Have Been 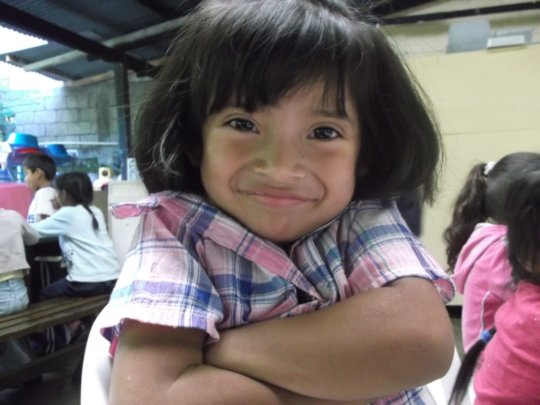 Rosa was born into the most difficult of circumstances, like so many other children in Guatemala. As soon as she had entered into this world, her father had already made up his mind that he would abandon Rosa and her mother, choosing not to provide for the gift of a new baby girl that entered into his life. He walked out on his family, leaving only Rosa’s mother, an alcoholic and drug addict, to nurture and care for her.

Rosa has now been part of Asociación Nuestros Ahijados for nine years, but 14-year-old Rosa’s life could have been way different if not for the good heart of a police officer. She started with the program in the year 2012, when she enrolled in our Dreamer Center school. Things were okay then. Rosa was going to school every day and her mother was taking care of her. However, in 2014 Rosa’s mother started to drink and do drugs again. At first it was not much, but little by little her addiction consumed her, she lost her job, stopped looking after her daughter, and became desperate to feed her substance abuse. So, Rosa’s mother took her to Guatemala City in an attempt to sell her for money so she could buy more drugs. A police officer saw then 7-year-old Rosa walking around by herself in dangerous Guatemala City – she was too young to explain where she lived or how to get home or what had happened, so he took young Rosa into his family’s home and care while figuring out the next course of action. After some time, a missing child’s poster for Rosa appeared online and he was able to safely return Rosa back to other family members.

Since then, Asociación Nuestros Ahijados has committed to always looking after Rosa. Without the good hearts of the people of Asociación Nuestros Ahijados and that police officer who happened to see a scared and alone little girl in danger that day, Rosa may very well have become a victim of human trafficking and child prostitution. Instead, last year in 2020, Rosa started middle school in our Scheel Center school. Although the school work can be challenging for her sometimes, Rosa loves learning and has big goals for her future. 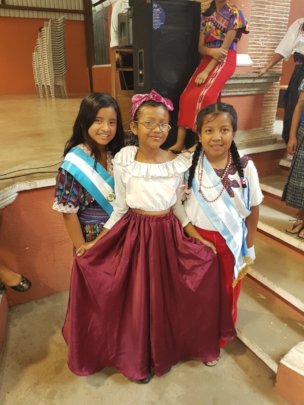 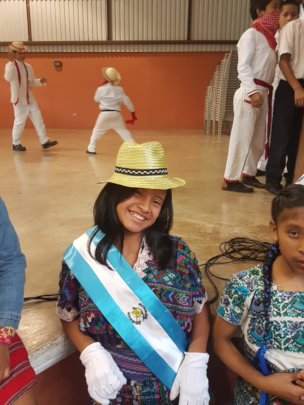 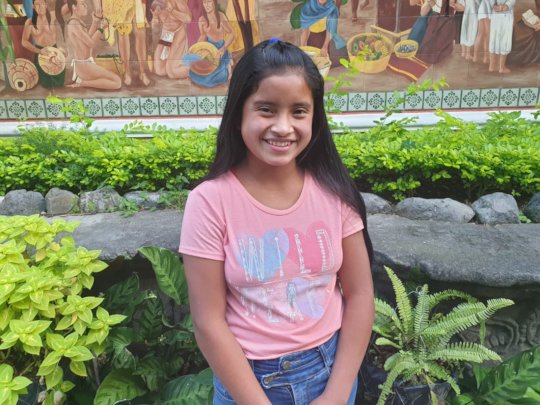 1 2 3 4 5 6 7 8 9 ... 74 ›
WARNING: Javascript is currently disabled or is not available in your browser. GlobalGiving makes extensive use of Javascript and will not function properly with Javascript disabled. Please enable Javascript and refresh this page.