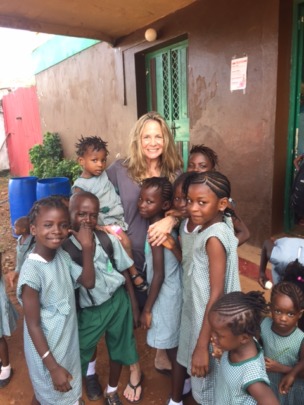 A Brighter Tomorrow for Africa Foundation (BTA) would like to begin by thanking the many generous donors who contributed at the end of the calendar year.  Your funding is helping so very much to support our critical work in Sierra Leone which – as a result of the Ebola crisis – has become one of the poorest countries in the world.  The children need you more than ever.

This period in a child’s life is vital; their minds are at the most absorbent stage of development. Educating the brain as young as possible is key to creating a path to success later in life

“Auntie” Sarah Armstrong (Director and Chairman of BTA) began her first BTA school feeding program  in 2004 with 100 students in the Upper Banta Chiefdom/Moyamba Province.  It has grown to more than 1,200.  Students receive breakfast and lunch, and they call the meals “My BTA.” Being nourished has led to great success: this past year, 90% of students passed their national exams to advance to the next level of school.

Here is a great success story from the Upper Banta School that we want to share:

I was born in Sierra Leone to a single parent family and I live with my mother, two sisters and a brother.

I came to know the Children of the Nations school (with the feeding program funded by BTA) in 2005 when I was a school drop-out selling kerosene in the streets.

As a little boy with an empty stomach every morning I used to find it difficult to go and be in school with a concentrated mind. But I say thanks to God for you all who provided food through BTA for us in school every day. This food has been a contributing factor in my education because it made me healthy, active and focused. Moreover, it made me to be punctual in school every day because I never wanted to miss the food for a day.

As a result of this wonderful meal (BTA) provided by you, I stayed in school healthy and active for many years and I am happy to let you all know that I am presently the Head Teacher (Principal) in the same school that I attended and in which I benefited from the BTA food. 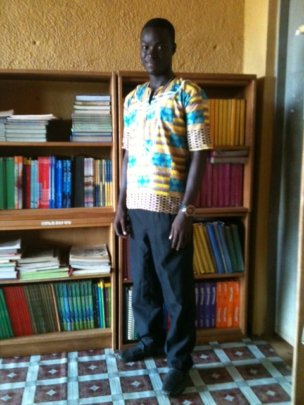 The New Principal at Our School

Ebola is gone but so many Challenges Still Remain

By Sarah Armstrong - Int'l Director, A Brighter Tomorrow for Africa 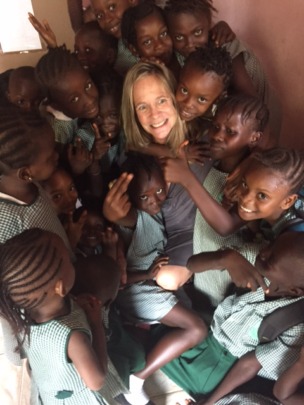 I’ve just returned from my first trip to Sierra Leone in several years.  The Ebola outbreak – known in Sierra Leone as “the Ebola period” – kept me from travelling to this wonderful country that I missed so much. Ebola is gone but so many challenges still remain.

The trip was full of amazing moments but so too some sadness.  While A Brighter Tomorrow for Africa (BTA) is clearly doing so much and making such a difference (more later), the country’s economy is in terrible, terrible shape.  The price of everything has more than doubled.  There is a shortage of petrol.  There is more unemployment than ever and there are many, many children living on the street – some as young as two years old.

Very Good News at This Tough Time – Thank You...

I love this work.  The children love us.  And I am sending love to all of you and a great appreciation to you for continued support. Let's work together to make Sierra Leone whole again. 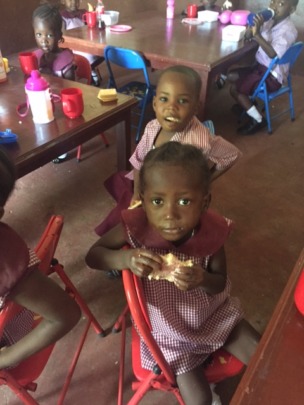 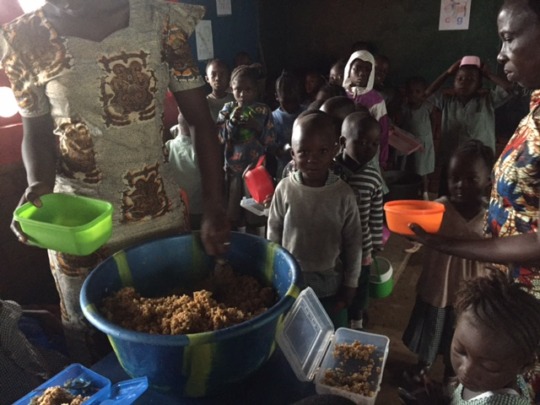 God’s blessing is on Children of the Nations Sierra Leone (COTN SL). This blessing has continued over the years and it is still continuing. The end of the Ebola Virus was another blessing although it leaves its own mark of which it has led many people in Sierra Leone to more solitude because of their lost ones, many children also suffered because of the lack of schooling and excellent and quality education. Teachers in other schools were laid to redundancy, and yet still Children of the Nations Sierra Leone’s teachers were on full paid salary basis even when schools were not functioning.

The school pupils and children of COTN SL were praying and eventually they were given dry rations, benefitted from books that were supplied including radios and other learning materials. Full treatments by the clinic staff was done in checking daily temperatures of every COTN SL staff and children. There was a fence that was erected around the compound of over one hundred acre land.

The provision of gifts and generous donations of financial support coupled with prayers has been very tremendous as children are nourished by the B.T.A.  The school of a population of about one thousand and twenty nine pupils have benefitted and are still benefitting from eating this meal that is cooked for them as this helps them in their holistic care.

The school year of two terms for Sierra Leone schools was a suggestion and implementation made by the Government through planning and restructuring of schools. As schools resumed, teachers have worked hard towards their goals and National Education goals to make it effective for the smooth running of schools.

The followings were the school calendars:

During this time the schools were on hard work and effective learning.

The pupils and teachers cooperated fully which made a great impact on the learning of the children. About 70% to 80% of the pupils gained promotion to another level for this academic school year. We are hoping and grateful to the Almighty for taking us through and none of our children and staffs were affected by the Ebola Virus. The new system of another academic year will start on the 12th September 2016/2017 school year.

Praise to God for all His wonderful blessings for Children of the Nations – staff and children. We also thank God for the strong leadership of COTN SL.

“I came to COTN through my elder sister.  My first classes were great” she said. “And I think with this particular school, I know that something good will come out for me” she continues. “I know that with the help of God and my efforts I can be sure of improving my knowledge here” she added. One of the things she really admired about the school is the effective learning which she was lacking in her previous school. The teachings she said were well understandable and there are adequate teachers who are there to make sure that the learning is accurate.

Another thing she really likes is the school feeding program known as the BTA (Brighter Tomorrow for Africa) which is actually allowing her to stay much longer in school. This school feeding has made her to be more energetic in her learning and has widened her brain to do her studies more effectively.

Because of you, she is now eating a healthy meal at school. “The BTA meal keeps me healthy and strong and most importantly after eating it; I had the energy to stay till school is off for the day” she said.

‹ 1 ... 3 4 5 6 7 8 9 10 ... 12 ›
WARNING: Javascript is currently disabled or is not available in your browser. GlobalGiving makes extensive use of Javascript and will not function properly with Javascript disabled. Please enable Javascript and refresh this page.