Marching for Women's Rights in the Congo 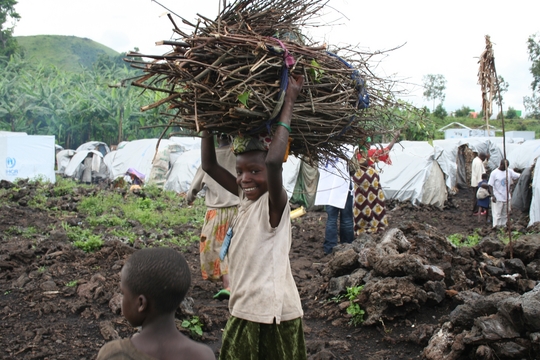 In October our staff in the Democratic Republic of Congo marched with 250 International Trade Union Confederation members from more than 160 countries as well as female members of Congolese unions, and civil society groups.  The mass rally aimed to denounce sexual and gender-based violence, and demand social justice for women in the DRC, where sexual violence has been employed as a weapon of war spreading fear, exacerbating ethnic tensions, and destabilizing communities.

The rally in Bukavu was a sea of color, with women from all over DRC and the world joining in the march.  Dressed in bright clothes made especially for the occasion out of fabric covered in slogans, the participants demanded an end to SGBV.  Young and old marched together as hundreds of women filled the streets to make their voices heard.

Our work providing care for women in DRC is possible because of our wonderful supporters – your generosity means the world to us. 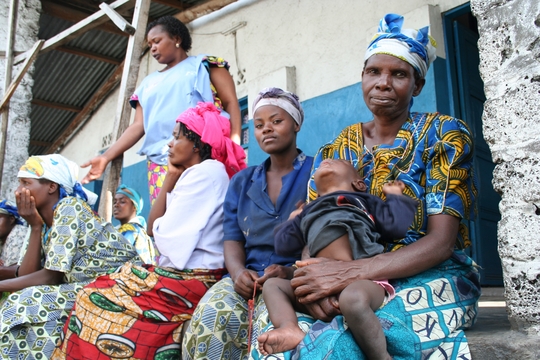 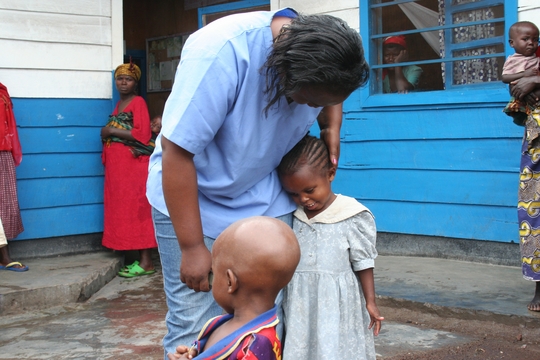 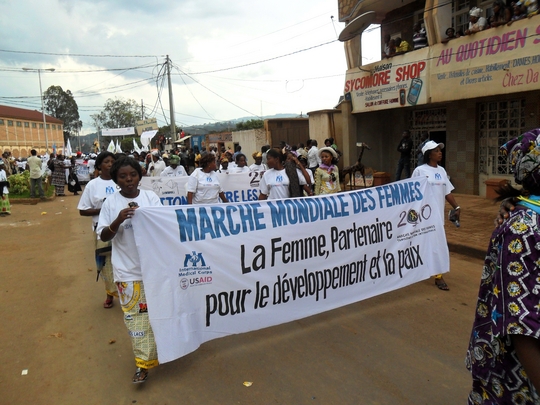 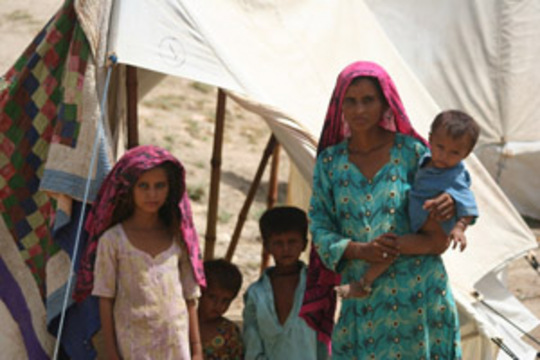 Since widespread flooding began in Pakistan, 1,985 people have died and as many as 1.7 million homes have been damaged or destroyed, with 20 million people affected.  Since responding to the floods in August, our teams have conducted more than 260,000 health consultations.  In addition to medical services, we have deployed psychologists and hygiene promoters to address mental health and hygiene needs in the worst affected districts, including Peshawar, Charsadda, Nowshera, and Swat.  Teams are providing health education on hygiene & sanitation, including the prevention of diarrhea, scabies, and ARI.  In addition, we have distributed mini hygiene kits to more than 11,000 people.

“Our priority is getting people desperately needed medical services. We are seeing cases of acute respiratory infection, diarrhea and skin diseases,” said Sonia Walia, International Medical Corps Regional Coordinator for Asia. “With the lack of clean water we are extremely concerned about outbreaks of disease, including cholera. Compounding this tragedy is that many of those affected were already displaced by ongoing conflict in the region, so their mental health needs are also enormous.”

Mental health care is a priority during our emergency relief efforts – we are currently providing psychosocial support including teaching local coping mechanisms to help those whose lives have been devastated by the floods. Psychosocial teams have identified people with depression, anxiety, and significant psychological distress.   One of the beneficiaries of our mental health program is Abida, a young Pakistani mother of two.  While seeking medical care for her children she described her desperate situation: “our house was flooded and we had nothing to eat for a week, we have not received any support from anyone yet.”

Like many Pakistanis affected by the floods, the emotional impact of this disaster had visibly taken its toll on the 20-year-old. As psychosocial support and Psychological First Aid is an integral part of all of International Medical Corps’ emergency health programs, our psychologist was available to offer Abida psychosocial support sessions to help her deal with her stress.

Like most of her neighbors, Abida’s house was damaged by floods and is still surrounded by floodwater.  Since her husband, an agricultural worker, is unemployed with no source of income due to flood-destroyed crops, the family does not have the resources to repair their home.  International Medical Corps provided Abida’s family with medical care and family and individual counseling sessions. Our psychologist also taught Abida relaxation techniques to deal with her enormous stress.

“You are the first person I met who has listened to me and taken interest in my problems, I am feeling much more relaxed after talking to you and I am very thankful to you,” said Abida following her session.

To date, our teams have conducted individual and group sessions for approximately 8,378 individuals, many under the age of 12.  We have been operating in Pakistan since 1984, providing primary health care services and water/sanitation facilities to displaced Pakistanis as well as to Afghan refugees in the frontier areas.  Thank you so much for your continued support – our work in Pakistan is possible because of our incredible supporters. 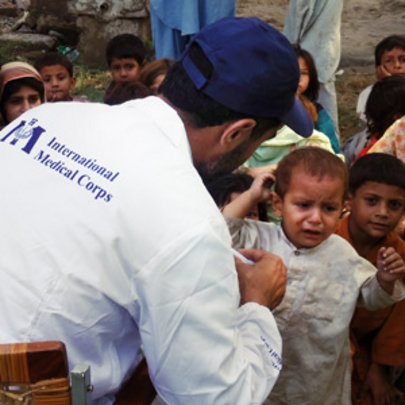 A cholera outbreak has struck Central Haiti, causing more than 130 deaths and sickening at least 1,500 others. International Medical Corps teams here in Haiti have already responded with medical supplies to the cholera-affected areas, and are pre-positioning supplies in other areas in the event the outbreak spreads. As the only member of the UN emergency response team, International Medical Corps is ready to deploy a full Emergency Response team with doctors and nurses to the area within 24 hours, if needed.

“International Medical Corps is extremely concerned at the speed in which this outbreak spread,” says Dr. Jojo Cangao, International Medical Corps' medical director in Haiti. “We have already begun community outreach and prepositioning of supplies in the camps in which we work in Port-au-Prince in case the outbreak moves south.” More than one million people have been living in displacement camps since the January 12 earthquake, which killed more than 300,000.

“We are prepared to support the emergency response to the cholera outbreak however is most needed, whether through medical personnel, supplies, or both,” says Dr. Cangao.

International Medical Corps has extensive experience in cholera outbreak response, management, and prevention, with its most recent responses in Zimbabwe, Mozambique, and Iraq. Clean water, sanitation, and hygiene are also one of its top organizational priorities, with such programs in countries including Haiti, Somalia, Kenya, and the Democratic Republic of Congo.

Thank you so much for your continuing support -- we are able to respond to emergencies like this because of your wonderful generosity.