Fun and Education Packed together 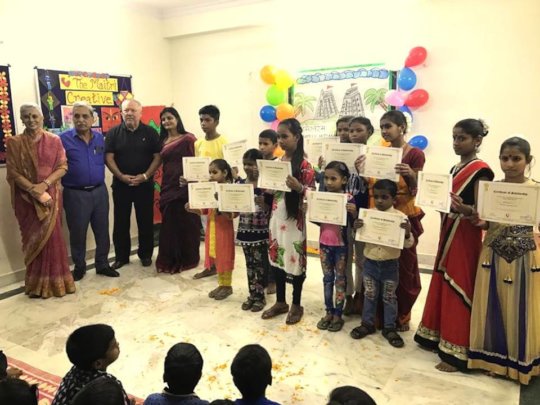 Dear Maitri Friend,It has been an exciting quarter for our Afterschool Programme. we continued to hold After-school classes for children from low-income communities in two co-locations. The students we have are aged five to sixteen. Our teachers are able to give them individual attention, which they don’t normally get in school because of bigger size of the classes. Our overall goal is to enhance their understanding, better their academic performance and enrich their holistic development. We bring you highlights and recent update on the project.

The last quarter has been of fun and education packed together. They are progressing well in their classes and have had outstanding results. They are dedicated towards their studies and are very happy with the teaching they are being provided with. During Dr. Ulf’s visit meritorious students from Maitrigram
school ARD complex and Sonia Vihar were awarded certificates of merit and scholarships of Rs. 5,000 each.

The first month of the year, started with a lot of excitement and enthusiasm with in students and teachers. Our teachers- Ms. Manisha, Ms. Estherleena and Ms. Pooja are dedicated teachers who come every day from 3pm-5pm. We also have a volunteer, Ms. Wamika, who teaches English to class 9 th from 3pm-4pm every day. Despite of cold weather, the school attendance was up to mark. The total number of students is 63. No new enrollments were made and 4 students discontinued.

The New Year started with the introduction of Yoga classes at the school. The yoga teacher, Mr. Naresh Sachdev visits the school twice a week, i.e., Monday and Friday. Other than yoga, Mr. Naresh also teaches moral values and the other things like, importance of healthy eating etc. Each class is for half an hour, i.e., from 4:30pm – 5pm.

On 22 nd January, kids celebrated Basant Panchami. The signification of Goddess Saraswati was explained and bajans were played in school. Yoga teacher, Mr. Naresh Sachdeva distributed a goodie bag of a scale, pencil, eraser and sharpener to the students.

On 25 th January, Republic day was celebrated in school. Tri color tattoos were decorated on student’s cheeks. Speeches were made by four students about the significance of republic day, how and why it is celebrated. Tiny tots from class’s 2 nd to 3 rd presented various slogans given by our freedom fighters. Our rights and duties as a citizen of the country were explained to the students. At the end National Anthem was sung. A total of 609 packets of biscuits, 108 packets of tea pots and sandwiches, chips fruits and
chocolates were also distributed to both the schools.

Last week was full of fun, activities, games and learning when students of The British School volunteered at Maitrigram,Our school Programme to provide supportive education. The students were involved in different activities and games which creates a different and holistic experience of learning

Thankyou for all your support . 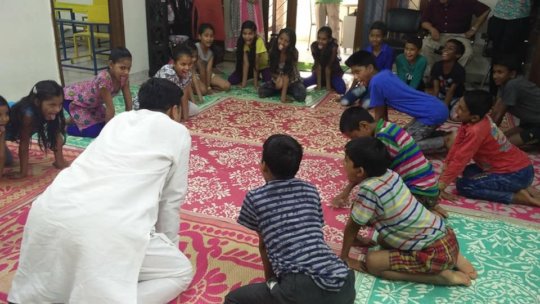 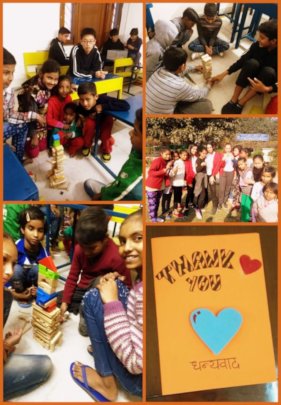 Ensuring a life of identity, respect and dignity

By Manisha - Communications and Fundraising Officer 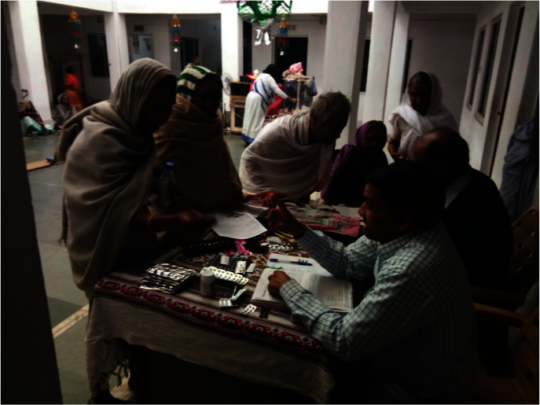 Dear Maitri Friend, Thank you for your continued support to Maitri Ghar, the old age home for widows in Vrindavan.  Through your act of kindness, we are able to ensure care and support for the abandoned, ageing and destitute widow motherswith shelter, food, clothing, and healthcare.

Last few months have our widow mothers struggle with the winter. The evenings and mornings are very cold and Maiyyas are enjoying the seasonal change.Their daily routine continues to be the same more or less. They go for bhajans every morning and evening. This space gives them a chance to devote their energies to their spiritual and religious development as well as a space where they interact with like-minded individuals who they can befriend. This is the time where their yearning for devotional activities is fulfilled.The widows are being provided lunch as well as dinner by our food partners namely, Akshay Patra Foundation at Vrindavan & Radha Kund. There is adequate supply of milk and fruits every day.

Success story  :Our beneficiary was born and brought up in Bihar with her 7 sisters and 1 brother. Her father was a farmer. He didn't send any of his children to school but she had studied till 9th grade. She and her younger sister were educated by her uncle. At the age of 14 years, she was married to a 16 years old boy in Balia. Balia is a district in Banaras and is at 40 km distance from her father's home. Rameshwaram had a cement shop. They were happy in their relationship. They were blessed with a daughter. Her daughter is married. Rameshwaram died on 26th March, 1990 due to breaking of a nerve. After his death, she stayed with her in-laws. But later she left the house and went to live with her brother as they didn't treat her well. After some years, her brother died. She left home and reached Vrindavan. There she reached Maitri Ghar on 14th August 2017. She is happy there. She doesn't want to return to her family as she is contended there. She had her heart checkup done and she had severe weakness and joint pain. She was given physiotherapy and medication. She is feeling much better now and is very happy in Maitri Ghar, Vrindavan

We invite Maitri supporters and well-wishers of widow mothers to visit the mothers in Vrindavan and spend time. They crave love and affection and ofcourse talk. The need to touch is very strong in them as they feel unloved, a warm hug lasts them a long time till the next one. 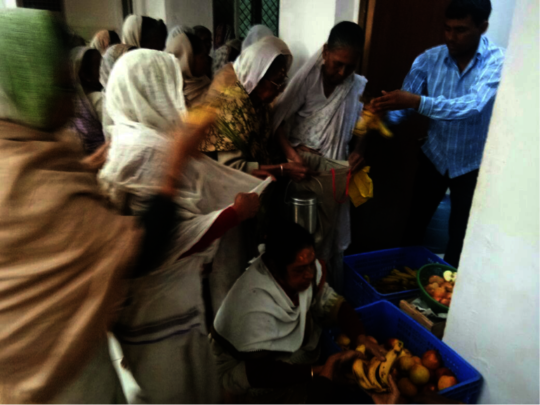 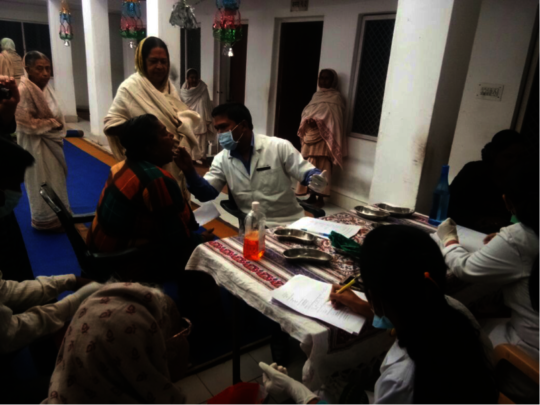 Paddling their way to identity and respect

By manisha - Communications and Fundraising Officer 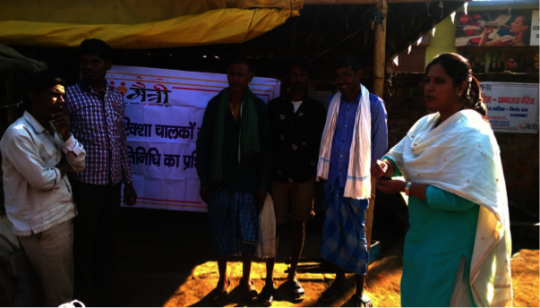 Dear friends,Everyday large numbers of people migrate from rural to urban areas causing unplanned and explosive growth of cities in India. A vast majority of these migrant workers get absorbed into various unorganized sectors. A significant number of migrant workers take up cycle rickshaw pulling to support their families back in their villages.Pulling cycle rickshaw is one of the easiest ways they can get employed because it doesn’t require any formal education or job application. However, it is one of the most physically demanding jobs. They have to paddle the cycle rickshaw in harsh weathers all day long for as low as few hundred rupees a day. Most rickshaw pullers cannot afford a cycle rickshaw so they take one on rent. After they pay the daily rent and send home some for their families, they practically have nothing left for their own sustenance. That’s why many of them don’t rent a house. Instead, they sleep on their rickshaws, at the railway stations or at the rickshaw garages. An estimated 2 million cycle rickshaws ply the roads in India. It is believed that the actual number could be much higher than this.Maitri has been working among Rickshaw Pullers (RPs) in Ranchi City, Jharkhand, India since 2012. Most of these RPs live in dire poverty, with a lack of adequate housing, clean drinking water, sanitation and medical facilities. Maitri works to improve living condition, promote access to citizenship rights and other challenges Rickshaw Pullers confront on a day-to-day basis while doing an unglamorous job to sustain themselves.

Amidst all forms of interventions, Maitri organises BCC camps focuses on empowering RPs and eventually their families and a larger population of the community, to make decisions based on correct information and improved understanding and to motivate them to help create positive social norms. This month a new concept was added in BCC where information on “how to behave respectfully and responsibly towards women, elderly and children” is being imparted amongst the RPs; importance and usage of UID, ration card, BPL  card, Bank account, how to take benefit pension amount, UWIN cards registration process, importance of hygiene and sanitation like keeping cooking place clean etc; inducing informed heath seeking behavior etc.; the concepts of identity, dignity and respect and correlating them with the RPs  vocation of rickshaw pulling and their life as a whole.BCC camps provide thrust on generating awareness, disseminating information and behavioral change amongst the RPs. Important case studies are collected after the BCC session.

One of our benefeciaries had been in the vocation of rickshaw pulling for past many years (7 – 8 years) before switching to e-rickshaw some six months before. He said that he was quite satisfied with his prior vocation. He added, “I raised my family quite well with the money I earned from rickshaw pulling. I used to earn INR 400-500/- almost every day. But when I got an opportunity to drive e-rickshaw, I decided to try it.”

When he started driving e-rickshaw, his daily income increased considerably (INR 600- 800/- per day). He liked the change and embraced the change positively. As he got used to driving e-rickshaw and e-rickshaws started to become prominent on Ranchi roads, traffic rules and regulations on them started to form and come to fore. With this, the
daily income of e-rickshaw drivers got affected to some extent. He shared that his daily income came down to almost half of what he was earning before, that is, INR 200- 300/- per day. Although, he manages to earn at least INR 400/- on some days, daily average income has reduced.

As a matter of fact, He is earning less than what he used to earn on a daily basis as a rickshaw puller. But he has no regrets. He stated,

“Rickshaw pulling is a vocation that is close to my heart. My family thrived on it. But today when I have changed my profession, I don’t wish to go back to rickshaw pulling again. Several factors are their like physical comfort, less labour etc. but most importantly, I feel it has given me a status. People in general look down upon rickshaw pullers but the attitude is not same for an e-rickshaw driver or for nay driver for that matter. There is a sense of respect and feel good factorassociated with being an e-rickshaw driver than a rickshaw puller.”

He said that he could have never thought of switching his job and do something else if e-rickshaw did not come into scene. The transformation was easy and it serves him and his family well. He is positive that in coming days the traffic rules will loosen up gradually and as such, the daily income of e-rickshaw pullers will increase eventually.

Since Maitri also promotes alternate livelihoods for the RPs, this comes across as a positive case study.

We thank you, our loyal donors, for joining hands with us in coming along side with Rickshaw Pullers and helping them actively participate in improving their lives. We will keep you updated on the progress we make and the lives we transform!