By Tsering Yanzo - Director of Lamp of the Path (NGO)

The Lamp of the Path NGO in Ulaanbataar, Mongolia has been servicing the community since 2003 and formally registered as an NGO in 2005. The services offered here are: a free Health Clinic, Children's Development Program and a Soup Kitchen, known to the Global Giving Community as 'Feed 80 Homeless People in Ulaanbataar'. This Soup Kitchen was one of the first of its kind in Mongolia providing a warm refuge, especially during our freezing winters by serving beneficiaries five days a week. In the first three months of 2013, we have offered 2690 hot nourishing meals. Many of our beneficiaries come from quite a distance for their one good meal of the day and some request to take a meal to individuals who could not make the trip. The free Health Clinic attached to the Soup Kitchen, has seen over 600 patients in the last three months. Most of the patients seen are the beneficiaries of the Soup Kitchen. Our in-house doctor and nurse very pro-actively engage in looking after their health, as there are many of them who have long given up on the thought of any concern for basic health care. We have also begun the year by focusing on the quality of our services offered, better time management of our staff and as always, looking for ways to save on our costs through improving our efficiency in the way we conduct our services. Please know that all this has been made possible solely through the kindness of your generosity, for which we are most grateful. Thanking you always! 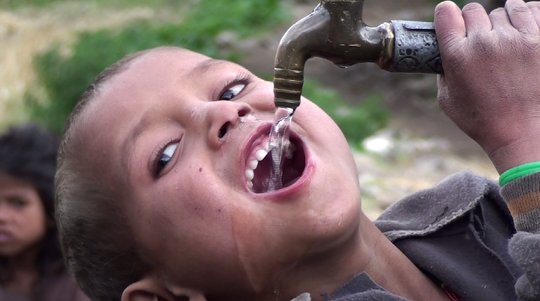 RIDS-Nepal was created in 2002 with the goal of providing basic services to Nepalese households in an affordable, sustainable way. RIDS’s founder, Alex Zahnd, supports the idea of a Holistic Development, meaning that progress in one area must be matched with advances in other areas. The objective of the project is to provide potable water for the 32 households (200 people in total, an average of six per household) of the remote village of Mohoriguan.
The other three elements of the Family of Four (a pit latrine,  smokeless stove, and solar power system for every home)  have already been installed. The local communities strongly support RIDS-Nepal's commitment and are directly involved in the implementing of the Holistic Development model.
Earlier in 2012, another organization built a drinking water system (DWS) in Mohoriguan, without informing or enquiring with RIDS-Nepal which programs/projects were already running prior to their activities. (Source : Rids Nepal – The Family of Four –Alex Zahnd)
Unfortunately, despite the organization’s best intentions, the newly built drinking water system is not working as intended.

Over the last few months,  we have been investigating what needs to be done in order to remedy  the present situation and to get this DWS project done properly as initially planned, yet we are unable to complete the project until our fundraising goal is met. Thus, I hope you are still encouraged to continue to stand with us and the people from Mohorigaun village to raise the needed funds to get the DWS done so that water WILL flow from the 4 tap stands in the village and the ladies and young girls do not have to walk down to the river and fetch unclean water to carry back to the village.

In 2013, FOH will continuously support the RIDS-Nepal project in village of Mohoriguan. 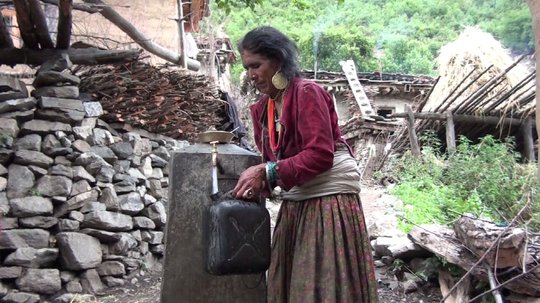 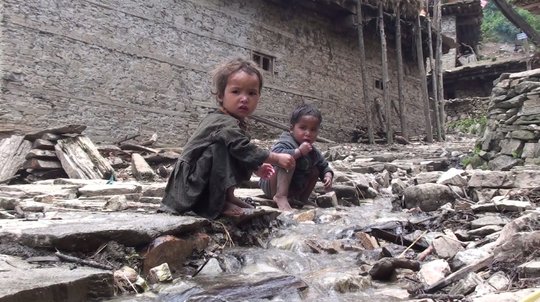 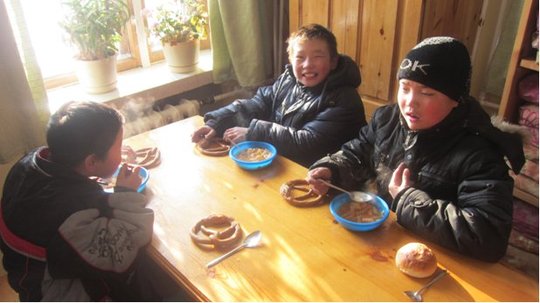 Report of Activities Friends of Humanity

2012 began with a change of leadership for Lamp of the Path when David Szeto from Singapore became the Director. Unfortunately he was unable to complete a full year and left late in September and Roy Fraser was asked to fill in until the end of the year when a new appointment was made.

However during these changes the primary activities of LOP have continued unabated. This includes our work at Dolma Ling Community Centre which is the base of our operations and the location of the Soup Kitchen which Friends of Humanity have kindly supported.

We continue to offer food to homeless and poor people 5 days a week as we have since 2004. For these people this is the one hot meal a day they are able to receive in extreme weather conditions which was minus 33 Celsius when the accompanying photos were taken. Also in conjunction with the hot meal they are able to use the other services the Community Centre offers including free medical attention and free clothing and foot wear.

The services offered are aimed not just at making a better life for our clients but affording them the most basic requirements for survival. As such your kind contribution to our Soup Kitchen has definitely saved lives in 2012. On behalf of our beneficiaries

THANK YOU SO MUCH

As the name implies the main function of the soup kitchen is provide homeless and poor with a hot nourishing meal. This has now been happening 5 days per week for 8 years with an average of 55 meals per day so providing over 13,000 meals in 2012. The only requirement for use of our facility is to not be under the influence of alcohol when on the premises. While other Christian based organisations require a commitment to practice the religion before a meal is made available that is not the case at DLCC. This leads to us providing for the most needy and desperate, many of whom have a mental disability. As with most societies the most vulnerable include children and solo parents. While the children who attend can no longer be classed as street children since the Mongolian Government has introduced safety nets which have almost eliminated them, many children come from dysfunctional homes and for them the hot meal we provide is often the only meal of the day despite having somewhere to live.

Solo mothers have a very difficult time in Mongolia especially if there is no family support. But even with providing a daily meal it is often not enough to sustain milk production for nursing mothers. These mothers and babies are monitored by our Health Clinic, which is in the same building and when required mothers receive extra rations and often food to take home. Despite this it often happens that for nutritional reasons the mother’s milk will dry up. When this happens the soup kitchen provides supplementary food for the child.

In this way we not only save a life but try and ensure the youngest reach school age without nutritional problems affecting their ability to learn during early childhood. When required the soup kitchen also provides clothing to children so they are not stigmatised as street people at a young age when entering formal education.

In this and many other ways the soup kitchen does much more than offering a hot meal.

As with any social project which offers a free service our ability to continue operating depends on funding. Mongolia has a recent history of double digit annual inflation for the past 5 years. This has put a lot of pressure on our ability to continue offering this essential service. We have managed to reduce costs through stuff reductions, by combining tasks and by changing the way we purchase our supplies. For example this winter we were able to purchase a small van load of the internal organs of animals which we are able to keep frozen due to the extremely low temperatures outdoors. The one load is sufficient to ensure every meal has a high standard of nutrition for the entire winter. However the other side of the inflationary pressure is the need to ensure our staff salaries are realistic. Given the challenges we feel our budget for 2013 is realistic and we are providing our meals at the cost of USD 1:75 per meal including all costs.

Thank You Very Very Much. 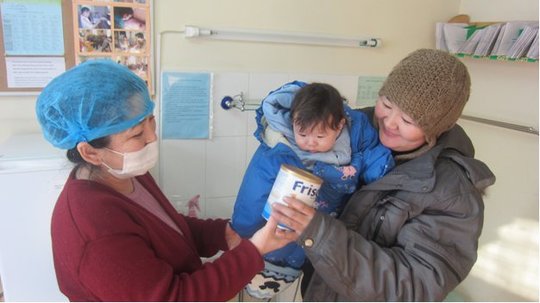 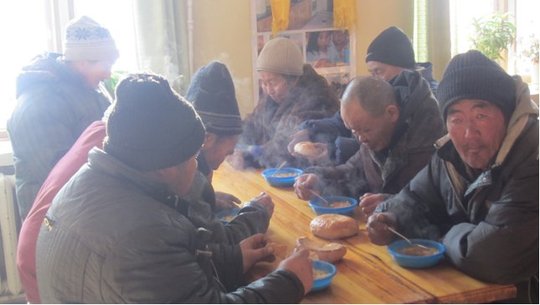