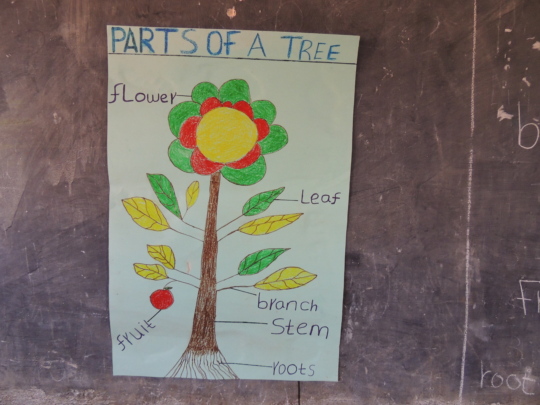 Yes...we are many steps closer to where our vision is driving us to. We have edged closer to more quality teaching..
The goal to build our students’ writing skills continues. In April we admitted Joe* into Class 6. Joe had been going to school at a public primary school in the local School District. Below is an excerpt of his current essay writing:
“One day I was walking in the road with my sister I saw a boy who was sleeping near the road. I saw a car caming. I told the driver to come and carry the boy. The driver refuse…”
Joe has a few problems compared to many boys his age. Teachers at Acres of Mercy are working to improve the children’s Comprehension, Accuracy, Fluency as well as expanding their Vocabulary.
There are many other improvements in key areas of student learning such as independence in learning, reading, writing and comprehension, curiosity in learning, handwriting, improving fluency in certain areas of mathematics as is being testified by some teachers;
“I have been here for about 5 months now and it is amazing what is happening to the students when we started working on developing their curiosity to learn; many of our Science students are now able to read and write their own notes without being pushed”
Teacher S. has been giving extra time to the students, helping them during every free period he has. And the fruits of his and other teachers’ dedication are evident in the way sections of students are approaching their learning, teachers’ collaborating and parents beginning to take greater responsibility for their children’s learning and education.
This work has definitely been possible by the giving support you give to ensuring we have the teachers’ salaries provided for in time. It is this sort of support that has shifted our preoccupation with survival to spending more time in teacher professional development and coaching.
“It is now easier to set targets, with teachers and truly, honestly expect highly of them because our focus has moved from explaining salary delays, to discussing more about how we can all improve our teaching and students’ learning”

Thank you for making this possible. 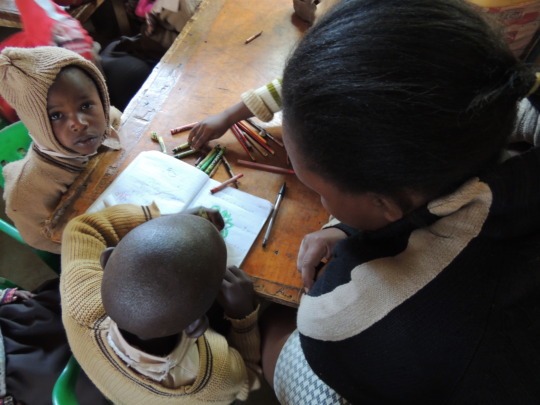 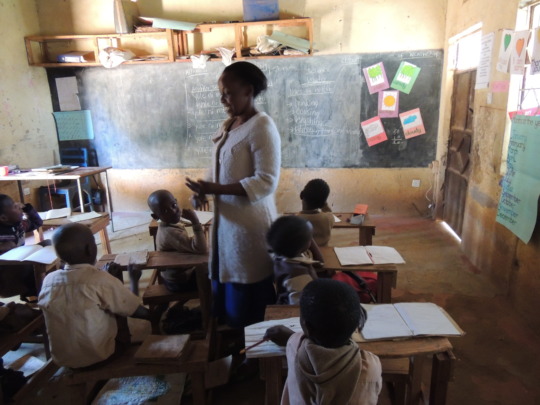 Collaboration- Together Working the T in T.E.A.M 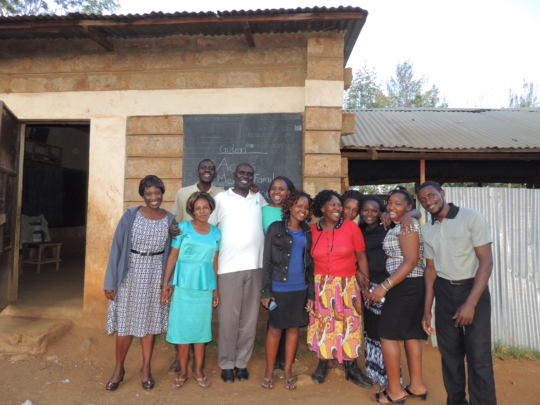 It is the second day of April holidays for the children here at Acres of Mercy. The teachers have taken a well-deserved break before reporting back on 14th April for planning sessions for next term. We have made great strides in the last three months as staff so that we can truly say Together Each Achieves More. A volunteer working with us commented and said, "Things are much better now than last year, I think this is a good team. People are working more together towards the vision of the school."

We have been experimenting with cross class and cross subject teaching and planning to help reduce the achievment gaps especially for English taught subjects. We have a team of four teachers working on giving instruction and assessments across five classes. This is set to continue throughout the whole year with an evaluation of progress in June 2017.

Staff morale is high, there is more productivity compared to the same time one year ago. For the past three months disbursements have come in by the 28th of every month allowing teachers to get paid in a timely way. Staff are less worried about when they will be remunerated because there are pressing financial pressures. Instead they are more given to finding ways to deliver quality teaching to their students.

The effects are that children are more disciplined because they are more engaged. The teachers show better care towards their academic and personal well being.I could attribute this change in focus directly towards timely pay. Thank you all partners for making it happen. On behal; of all our staff here at Acres of Mercy, Thank You for a great first term 2017. 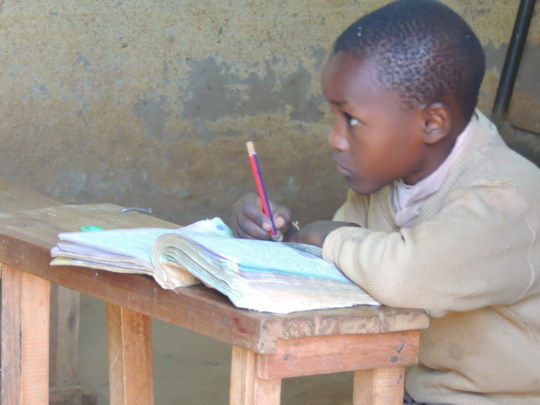 Many of you are aware of the risk young girls and boys face in the world today. From radicalization, child labour, prostitution, child trafficking just to name a few. You and I both know that whenever we give children an education, we give them a bettter fightingchance against some of these destroyers of destiny.

Over the past few days there has been pictures and stories going round on human rights abuses by members of the polic who killed two children extra judicially. It was heart wrenching to say the least. As I thought about these children- they were about sixteen years of age- I quickly thought about a young man about two years older in our school and asked him what he thought about the incident. I asked him whether he ad seen the clip.

It was not shocking to hear him say he knew the boys. He has a history of crime and drugs behind him. But now...he is focused on his studies and his music career dream both of which we are working to help him achieve. He says of his past...

I used to be part of this gang sometime back. We would take drugs. One time I took "lags" and slept for 24 straight hours. It was a terrible life.

Currently he has been working hard on his academics. Even though he missed some classes he has managed to stay oon course to complete his K.C.P.E (Kenya Certificate of Primary Education) course. When he was selecting his choice of Seconadry schools, he could not hide his joyas he proudly proclaimed..." This is a dream come true. I never thought this moment would ever come!"

As we get back to class, he says he will compose a song to the fallen soldiers. I wonder if I ever looked at children in situations like that as soldiers! Fighting for their lives, fighting against societal ills that allure them, for some even to the most cruel deaths. I want to be a soldier...to fight for their future...to give them something better...to fight with...EDUCATION. Thank you for being part of this fighting force through your giving and support. 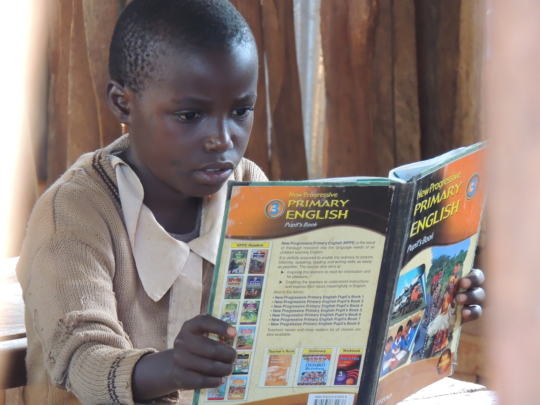 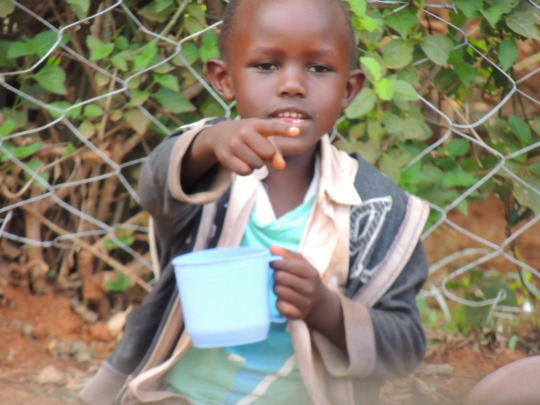 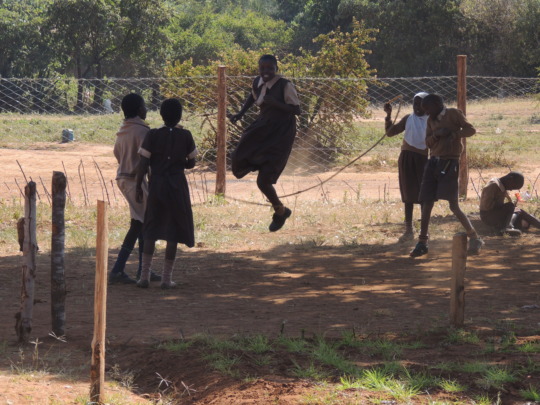 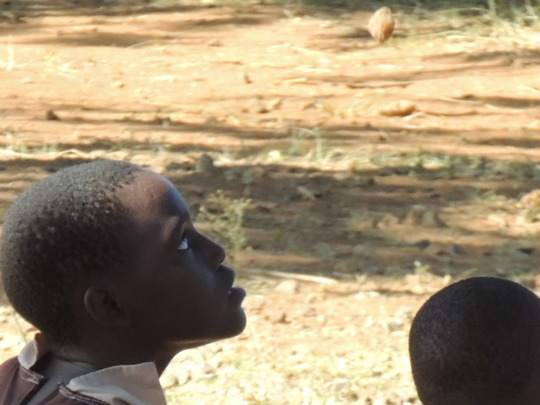 Keeping the Eyes on the Prize 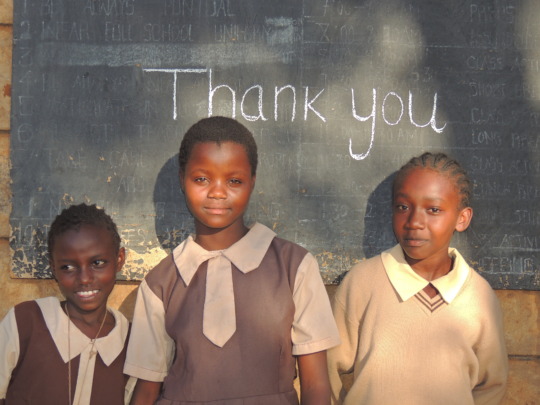 Thank you
‹ 1 ... 5 6 7 8 9 10 11 12 ... 23 ›
WARNING: Javascript is currently disabled or is not available in your browser. GlobalGiving makes extensive use of Javascript and will not function properly with Javascript disabled. Please enable Javascript and refresh this page.