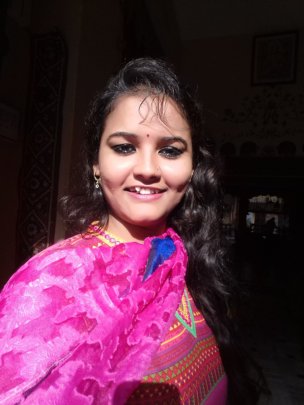 Monica
Monica, a Dalit girl from a very poor background, living in Jodhpur,  has been in our Scholarship Project since 2008. She joined the first Sambhali Empowerment Centre in 2007. She was enrolled in class 6 at a local school, 2 years later, after dropping out of school for 4 years due to family and financial reasons.  Monica was always a bright student and a star pupil; she played netball for the school team and has always been a spirited girl in defence of women's rights. She has very good public speaking skills, being encouraged to speak to many members of the press, officials and the public during a variety of conferences over the years that have involved Sambhali Trust.
Now Monica is in the final year of her college studying for a Bachelors of Arts. She has also done her Hotel Management diploma in parallel to her degree studies, from the Indian Hotel Management Institute in Jodhpur as well as working part-time at Durag Niwas Guesthouse to earn a small income and being a member of the Sambhali staff as a field worker for the Sambhali Scholarship project which has total number of 201 children in 2016-2017.
It is a proud moment for both Monica and the Trust to have her join hands with the development of children coming to Sambhali to fulfil their dreams of better education in a healthy environment.
We are very happy with the generous contribution of our sponsors that we were able to sponsor 201 children into schools this year.
We have accepted one application of a 14 year old girl called Pooja who lived on the street with her mother, father and younger brother. She is going to be enrolled in school from April 2017. She is living with us at Sambhali Sheerni Educational Project (Boarding Home). Pooja's mother and Pooja were taking care of the household and its income. The family lived through rag picking.
This year under the Sambhali Scholarship project we have some information below.
Primary classes we have 97 children (56 girls and 41 boys)
Upper primary 39 children ( 28 girls and 11 boys)
Secondary classed 29 (21 girls and 8 boys)
Higher Secondary class 19 (12 girls and 7 boys)
College 17 children ( 13 girls 4 boys)
Number of girls: 130
Number of Boys: 71
The two girls that have been sponsored through Global Giving donations are Nandani and Rajnandani.
Nandani studies in class 2 and Rajnandani studies in class 1. Both the girls have just finished their half yearly exams. Their father drops them to school on his motorbike. Their brother goes to the same school. Their parents are working the whole day and their Grandma looks after them and feeds them lunch etc.
They are very happy to have the chance to go to school and are very thankful for the opportunity. 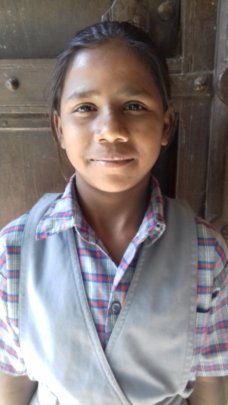 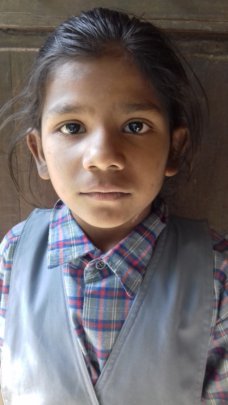 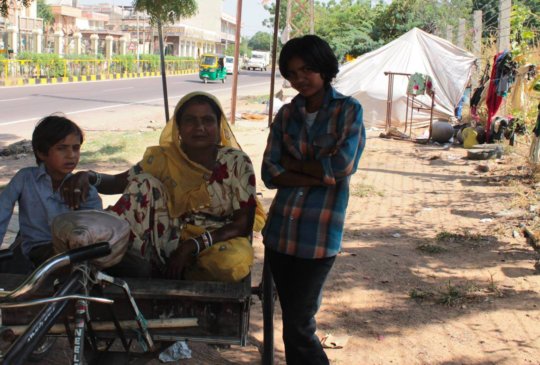 Phonecalls to the Toll-free Nirbhaya HelpLine that Sambhali Trust runs, come from far and wide across India- from Delhi in the north to Mumbai in the south. This shows the reach that this HelpLine has and it's necessity for the women who call. Because of the large distances involved in India and even within the state of Rajasthan, it is impossible to always see the women in person, so in these cases the women are given the numbers of women police station or authorities that will help them in their local area. Sambhali Trust has a dedicated member of staff who takes the calls and who is able to counsel the caller on the line and offer her the best advice and course of action.

These are just a few of the stories of the women whom Sambhali helped in the last 3 months.

1. An 18 year old girl from Bhilwara called to complain about her father who wants her to get married to a man twice her age because in return, the man’s sister would marry the girl’s uncle. However, the mother of the proposed groom and also the man himself refused which led to the father repeatedly beating the girl and verbally abusing her.

2. A 28 year old young woman from Nagori Gate in Jodhpur called to say that she had tried to commit suicide but her father saved her. She is very upset with her mother-in-law who uses abusive language towards her and no-one lets her out of the house. When she tells her father, he scolds her. She is educated and wants to get a job and have a better life.

Sambhali called her husband and told him everything. The young woman came with her father to Sambhali Trust to discuss the situation. It was decided that until the time her mother-in-law could behave better towards her, then she would stay with her parents. The husband would call his sister to make the mother understand and he promises to make things better.

3. A 40 year old woman from Delhi called about her sister who lives in Kota and unfortunately is infertile. She and her husband adopted a girl child but the sister-in-law came to her house and beat her and even the little young girl a lot. There is a dispute about the property and whose name it should be in. The sister-in-law threatened to kill them if they informed the police.

Sambhali suggested to ignore the threats and inform the female police station in Kota.

4. A woman called from her village in Rajasthan to say that her husband is drinking a lot and beating her. She has been suffering from domestic violence for the last 5 years and now feels she wants to complain.

Sambhali suggested that she made a complaint to the nearest female police station to their village so that they can go and talk to the husband.

5. A 32 year old woman, N,  from Kota in Rajasthan called to say that she was very depressed in her married life because her husband is not caring towards her; her in-laws’ family is very orthodox and her father-in-law verbally abuses her. She has decided to live separately to her husband, but found she still wasn’t happy and so decided to approach Sambhali Trust to ask for counselling.  When N. called Sambhali, a member of the Sambhali team counselled her about her problems she was having and suggested having more trust and communication with her husband. The staff member called N’s husband and told him that N. had rung asking for help, the issues that troubled her, about her mental state and how she is feeling very alone as her parents are also not talking to her; there was nobody that she could talk to or trust. Sambhali encouraged N’s husband to try and talk to her, give her some quality time and discuss what matters to her so that she feels he understands her and is supporting her. He promised to do this and two days later he called back to say that some good changes have happened after this counselling. 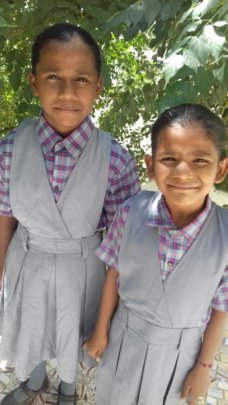