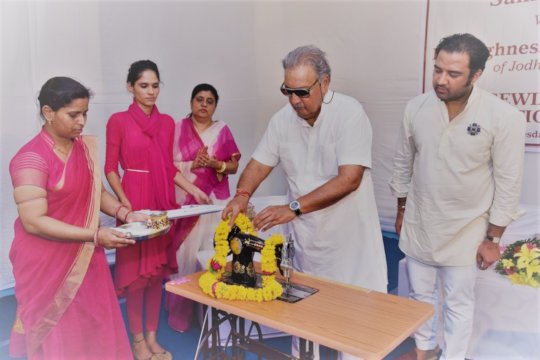 On 22 May 2019, the graduation ceremony took place in Sambhali Trust to present 166 sewing machines to students who had completed their 12 month training course in Sewing and Embroidery as part of their educational programme. The event was presided over by the HH Maharaja Saheb of Jodhpur where there was a short programme and certificates were given to the students. Sambhali students, staff, volunteers and members of Sambhali Trust's National Advisory Board attended and gave speeches at the ceremony.

Talks were given on Women's Rights, Information on Psychological Health of Women and Nutrition for Women and Girls.

It is with very grateful thanks to all those who donated towards providing these sewing machines, more than any previous year, including all of those who donated through Global Giving! With thanks to our volunteers who created fundraising campaigns and our Associate Organisations we were able to help 166 women provide an income for their families by them having the opportunity to sew clothes and accessories for the women and children in their community.

Once again, thank you to all of you for your wonderful support!

We would like to continue with this Project, so that we are able to help as many students as possible next year in 2020 as well. We hope you enjoy the attached photos of the ceremony and the video clip. 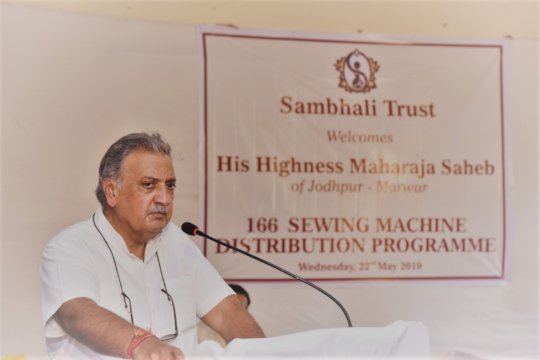 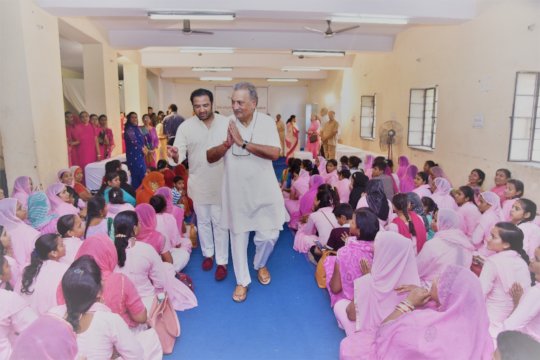 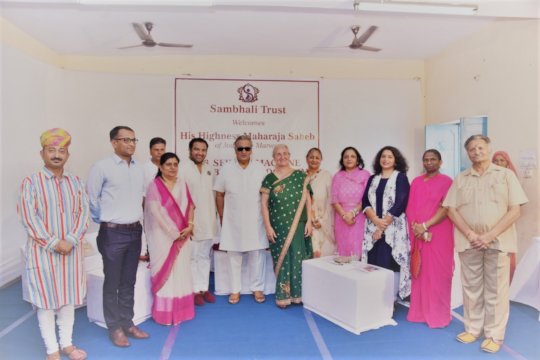 Members of Sambhali Trust and Advisory Board 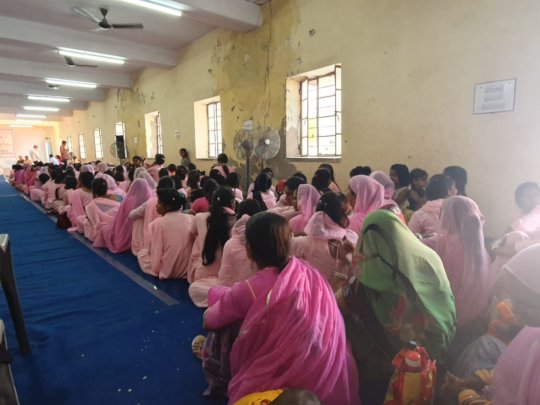 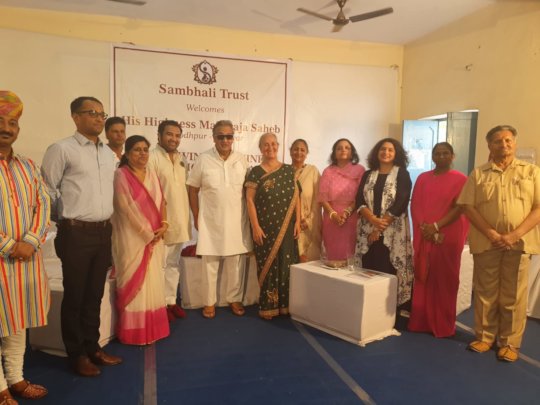 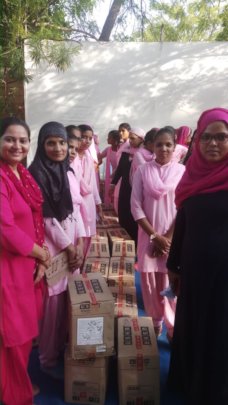 Students with their sewing machines 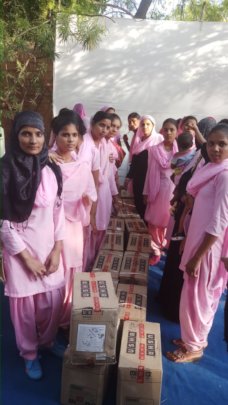 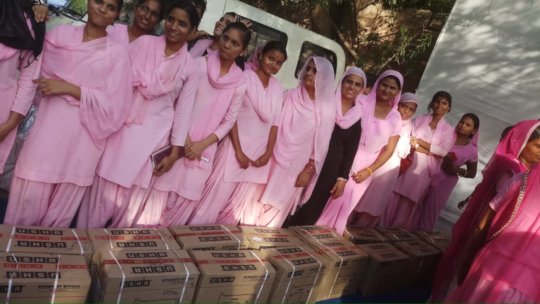 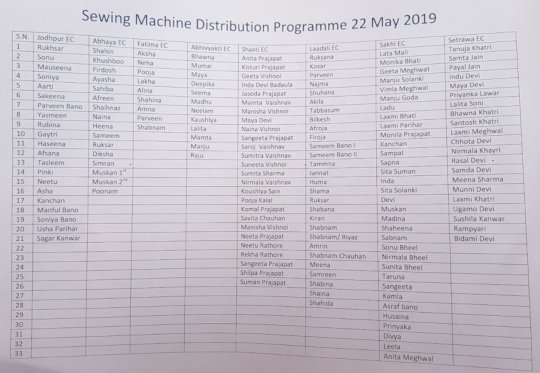 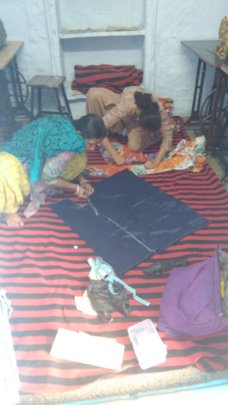 Sewing in an empowerment centre

This is to just a quick update to say that our Graduation Ceremony this year has been delayed from February, but now happily we have a date fixed of 22 May!  We will then be able to provide photos and information on how many women have received sewing machines and what a lovely occasion it is.

Meanwhile we would like to thank everyone who has donated funds to provide sewing machines for our women who have completed their 12 month course in their Empowerment Centres in a basic academic education and a vocational skills training in Sewing and Embroidery where they have learnt to sew a variety of Rajasthani clothes, accessories and are confident in using both a treadle sewing machine and an electric sewing machine. The more usual machine used in Jodhpur is the treadle sewing machine, which we will be donating in May. These machines have the advantage of not using electricity and so are not expensive to run and are not susceptible to power-cuts that can happen periodically in the hot summer months.

All the women receiving these sewing machines have the ability to be able to sew not only garments for themselves, their famiily and extended family! but also to earn an income for sewing Rajasthani clothes for the women and children in their community. Most clothes in Jodhpur are tailor-made. It is cheaper to buy the cloth and then tailor make them, rather than buying them "off-the-peg". Also it provides them with more choice.

Your donations have been able to purchase 26 sewing machines for the women who will be receiving them in May. So a big thank you again to all of you who have donated and photos to come in late May of the ceremony itself.

Meanwhile attached are some photos of the women making the garments in their lessons in the empowerment centre. 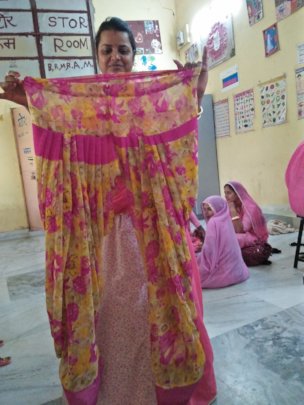 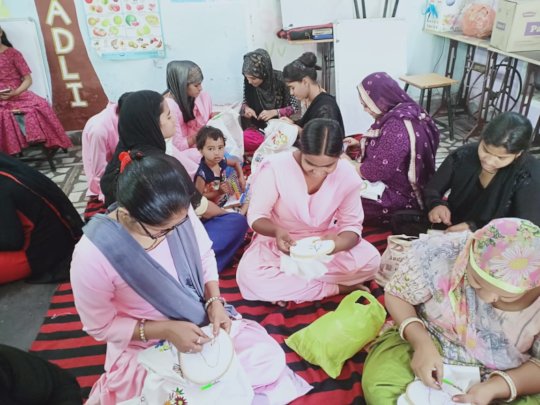 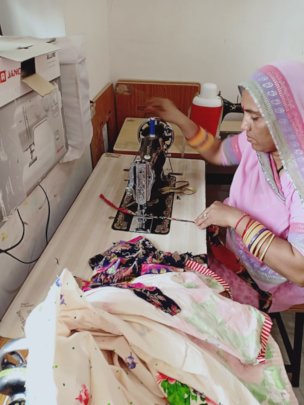 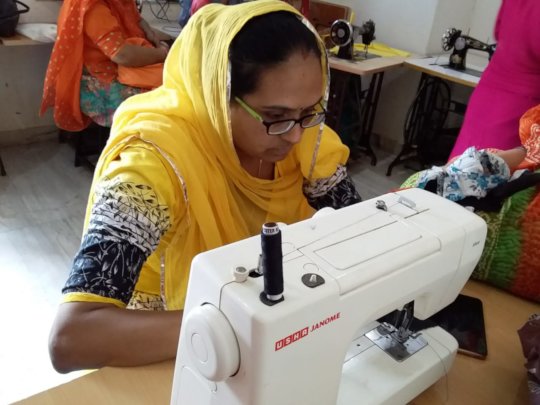 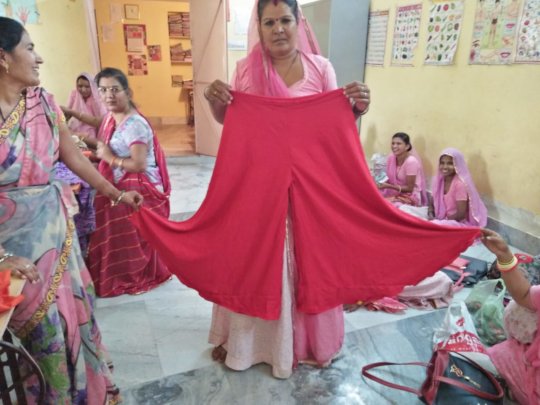 A pair of plazzo trousers! 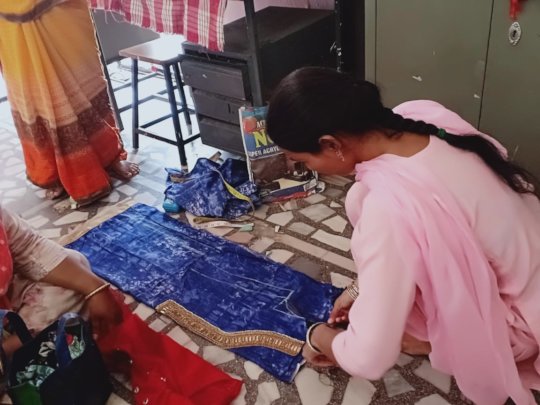 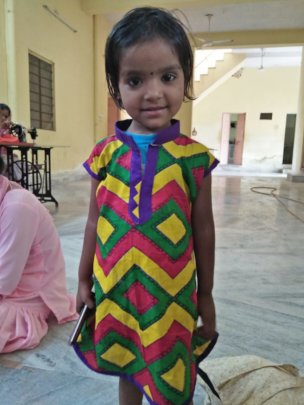 A few more case stories over the last 3 months, which illustrate the type of calls we receive and the help we give

B called from Beawar in Rajathan and said that her sister L was very upset. L lives in Jaipur and her husband has recently died. However, since that date she has received a lot of abuse and torture from her in-laws over the property and whose name it should be in. Her father-in-law earns 50,000rs pension but doesn’t help L out with any money. She looks after herself, does her own work and looks after the children.  Because L lives in Jaipur, then the Sambhali counsellor needed to provide her with the number of the women’s HelpLine in Jaipur and explain the story to them and that if they do not take this on board, to file a complaint with the police regarding her situation with her in-laws.

U has been working at the Graduates’ Sewing Centre for the last year and for the last 2-3 months, has been suffering from arthritis in her hands. The fingers in her hands had swelled up and it was causing her a lot of trouble with her sewing work. She had been to the doctor, but the medicines he had prescribed didn’t help her. Due to the high cost of medicines and the medical investigation required she could not afford it, so requested Sambhali’s help.  U has 3 daughters and her husband doesn’t do any work. Assessing her financial situation, Sambhali offered her financial assistance and gave her the details of a good doctor she could use. After taking the medicines, she is now healthy and she can continue to do her sewing work well.

P was a taxi driver but lost his job a few months ago. His parents have both died and only has one sister, who is married. She has had obstetrics problems and after a lot of treatment she managed to conceive. Her husband is working but their financial situation is not very good. So P supported his sister to that she could receive treatment, but in the meantime he lost his job.  At the time of delivery it was necessary for his sister to have a Caesarean section to deliver the baby. This was something that his sister and her husband could ill-afford, so P and his sister came to Sambhali to ask for assistance and pay for the surgery. Sambhali paid her 25000 rupees for the surgery.

K rang to say that a girl called S was being forced to marry someone she didn’t want to and so K gave S the number so she rang the HelpLine and spoke with our Sambhali counsellor.  She said she has an arranged marriage but wants to study further, besides she and K are in love and wish to marry but their parents don’t approve because they are from different castes. S’s father has stopped her from going to college and imprisoned her in the house and wishes her to marry someone who is 10 years older than her. S therefore is very upset and cannot just leave her house with K because of their poor circumstances.   S asked for advice so that she could get married to K.  Our counsellor advised that this could only be done through Legal Aid and with the help of the law. At every district level there are district legal services authority centre where there is free legal advice given. K can go there and tell the magistrate the whole story and provide the information required to obtain a court marriage.

R came with her sister to the Sambhali office. She said that she was very upset with her married life. She said she was married 20 years ago at the age of 10 and she said she has never been happy in her marriage and now she is a victim of mental and sexual harassment. She has gynaeacological problems and so she can’t have children. Then she adopted the daughter of her sister-in-law with the consent of the family. Her husband built them a house, in which R lives and is legally in her name. R went on to say that her husband has had many affairs with other women and many times he brings them to the house. She feels very bad about this but when she discusses this with her husband he abuses and beats her and threatens to kick her out of the house.  Harassed by all this , R filed a police case.

The case is still going on in court, but her father-in-law threatens to come and remove her from the house. R said she has no parents, so there is no-one to support her.  R gave Sambhali her husband’s number to let him know that he shouldn’t and couldn’t threaten R because the house is in her name. R felt better after the conversation and was advised further that she has nothing to fear because Sambhali would always support her in full.

S called from Bhiwari in Rajasthan, upset about her marriage. She had a love marriage and 2 children. However, her husband has a relationship with many young girls. Many times she has caught her husband and when challenged he fights with her, beats her and drags her out of the house. Her husband runs his own business and does some driving work.  However, S doesn’t want to get divorced, nor does she want to leave her husband.

Sambhali advised her if she does not want to get divorced she will have to stay strong and need to think less about her husband and more about her children. She has to make the future of her children. She needs to work to financially support herself and so she needs to get a job. She has done a BBA, (Bachelor in Business Administration)  so that means she can get a job easily. If her husband tries to stop her she needs to get out and go out and keep continuing to go to work. This way the counsellor repeatedly said that S needs to go to work. After counselling, S felt very relaxed to seeing a vision of her future which showed her a way forward.

Attachments:
‹ 1 2 3 4 5 6 7 8 9 ... 19 ›
WARNING: Javascript is currently disabled or is not available in your browser. GlobalGiving makes extensive use of Javascript and will not function properly with Javascript disabled. Please enable Javascript and refresh this page.