Impact of the Valuable Girl Project Amid COVID Crisis 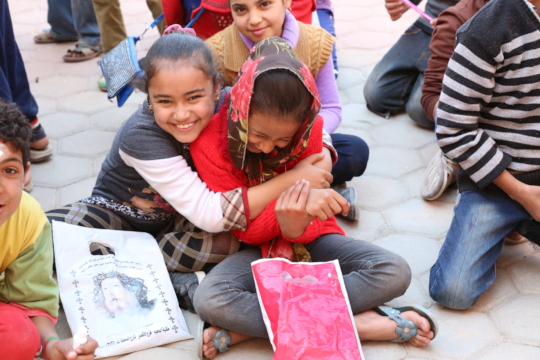 The COVID-19 pandemic has severely impacted the nation of Egypt, with thousands infected and millions under a lockdown order. This has forced us to postpone the 2020-2022 cycle of Valuable Girl Projects, which was slated to start in June. There remains great enthusiasm for Valuable Girl Projects in Egypt, however, as 96 Community Development Associations in four Egyptian governorates have applied to partner with the Valuable Girl Project in this new cycle.

It is easy to see why so many community improvement organizations would want to partner with the Valuable Girl Project. To date, 13,000 Christian and Muslim girls and young women have participated in the program at 16 different project sites across Egypt. The girls have organized and implemented massive improvement projects in their local communities.

More importantly, during this moment of extreme fear and uncertainty surrounding COVID-19, the Big and Little Sisters of the Valuable Girl Project represent a culture of unity and understanding. Christian and Muslim are joining together to solve the problems of their communities, and in doing so they are inspiring entire generations of Egyptians to work for a brighter future.

The Difficult Choice Faced by B'edaya Mothers During COVID 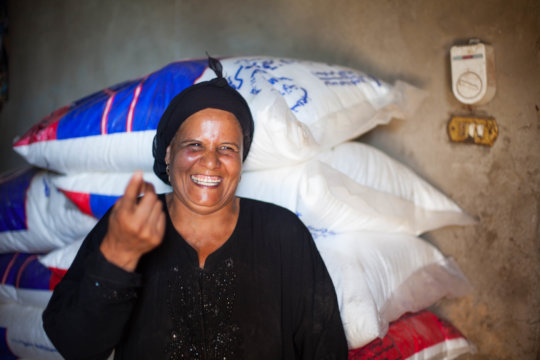 As the COVID-19 pandemic spreads throughout the world, millions of people are faced with a difficult choice: to stay home and avoid infection or go to work and earn money for the family.

The widowed mothers of the B'edaya program, however, face even more obstacles. They have already lost their husbands, the sole breadwinner in most Egpytian households. But they have soldiered on, starting small businesses to help provide for their children. Oftentimes they operate these businesses in their own homes.

When the virus reached Egypt, and the country locked down, some mothers closed down their shops for the safety of their families. Other families - particularly those operating groceries - remain in business. Not only are they earning money for their children, they are providing an essential service to local families.

The B'edaya project has postponed operations for the immediate future out of concern for the safety of participants and administrators. But the micro-loans already given to widowed mothers are still lifting up communities during this time of crisis. Families have more money to weather this storm, and essential small businesses are able to stay open. The strength of these mothers will continue to support and inspire Egypt.

It All Began With One Sewing Machine 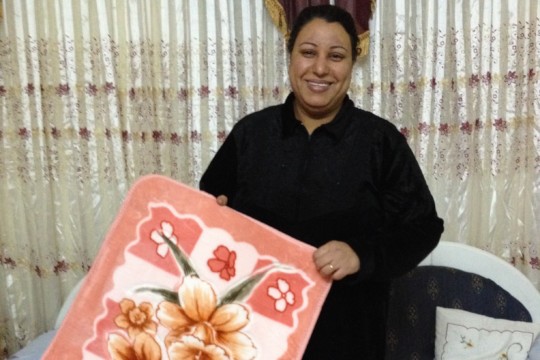 Madiha,* a Cairo widowed mother of two longed to make something of herself after years of struggle following her husband’s death. With two children enrolled in Coptic Orphans’ Not Alone program, Madiha began thinking of what resources she could provide to help in raising her children and taking care of their educational expenses.

Madiha passed several tailor shops in her village and as she walked by often wondered to herself whether she could ever become a business woman, utilizing her sewing skills with the one sewing machine she owned.

Through the visits of the field staff to Madiha’s home, she learned about the Be’daya project. She discussed with the staff how she was thinking about developing a tailoring project of her own. The staff were curious to see if Madiha could follow through with her plans and obtain customers. In fact, Madiha wanted to prove she was capable, so put her idea into action by sewing bedsheets and clothes that would be ready for the staff to see by their next scheduled visit. Because of her determination and follow-through, the staff were impressed and Madiha’s application for a micro-finance loan was approved. Madiha now had the resources to purchase two brand-new sewing machines.

Madiha not only was able to produce more items out of better quality with the help of the extra machines, but she also created a new line of products for sale. Madiha sewed blankets, bed-coverings for children, and bus and car chair-covers. Although she had more sewing machines than when she first began, Madiha especially valued the quality of her work over the quantity of production.

Within 4 years, Madiha had networked with whoever she met and marketed her business throughout town. Her new customers were happy with the quality of items they purchased from Madiha, and with time, she grew in popularity and referrals. Madiha also reached out to bus companies in the tourism industry and various clothing factories to expand her clientele reach.

Madiha is currently doing well for herself and has grown into a self-sufficient business woman due to the success of her sewing project and her determination to succeed. Her children are also no longer in need of the Not Alone program’s support as Madiha is able to provide for all their financial needs.

Since the inception of the Coptic Orphans Be’daya program, around 50% (78 out of 117) of participating widowed mothers have continued to maintain their businesses. Businesses are classified as: retail (grocery, household supplies, cattle fodder, livestock breeding); production (dairy products), and services (upholstery, ironing, photography, hairdressing, etc.).

A fourth round of Be’daya was announced during the Coptic Orphans Reps Summer Conference in July 2019. 156 mothers submitted applications and proposals for projects. From this number, 92 mothers were shortlisted, and 47 projects have been selected to receive the micro-finance loans for 2020.

*Name and image changed to protect the privacy and dignity of the individual.