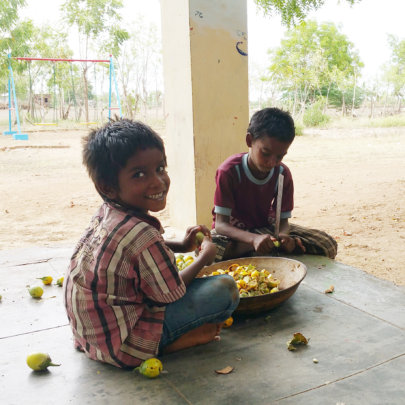 As the fertile season is swiftly approaching in India we now have the resources necessary for making the most out of the agricultural land that we have in our Organic Farm at the Dayspring Home.

We are in the process of buying farm tools, that will greatly improve our productivity and efficiency. We will buy two wheelbarrows that will help us carry the vegetables from the farm to the Dayspring Home kitchen. So far the children have been putting them in bags and carrying them on their back. However, because the bags become very heavy they are damaging the children's health. Therefore we made it our priority to purchase the wheelbarrows which will turn vegetable and fruit picking and transportation into fun activities. This will make the children more eager to get involved in farming activities.

We will also buy farm tools including four trenching hoes (two of 6 inch - wider and two of 4 inch - narrower), four wooden grass sickles, six shovels, four forks (including a manure fork, hay fork and plantation fork),  four bill hooks and four pruning cutters (that are much needed for the tree branches), an axe and three hedge shears. We will purchase one or two grass-cutter machines as well. We will also buy safety equipment such as gloves, glasses and boots for our farming staff and for the children to use.

These materials will help us to harvest the land and take better care of the goats, chickens and cows at the farm by providing a better living environment for them. It will also enable us to make farming and growing food a fun and safe activity for the children at the Dayspring Home.

They will now spend some of their free time learning how to use the new tools. Buying more of the same type of tools will enable us to have our two farm staff showing the children how to use them. In this way, the children can also work in the farm in small groups which will make farming safer and more fun.

Our Project Coordinator and Farm Manager have already started looking into the best shops where we can purchase all the equipment from and have been participating in agricultural exhibitions in order to stay up to date with the latest developments in farming and implement some of them at our Dayspring Home too.

It's fantastic because the children experience farming and eating in a holistic and circular way. They learn how to grow their own food from a young age and develop a sustainable approach to farming and to the environment that will follow them throughout their life.

Thank you for your help, we could not have done it without you!

Summer Vacation is over! 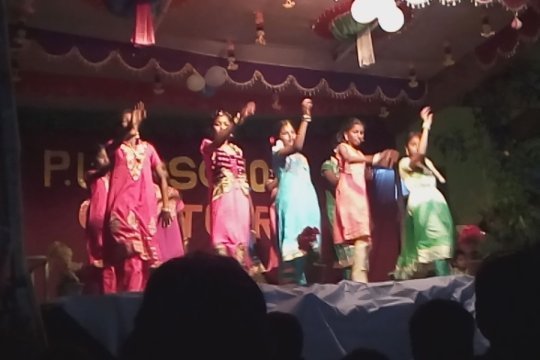 Summer vacation is nearing its end here at Dayspring Home, and a lot has happened in the mean time.

Cameras
We have installed 4 new security cameras at Dayspring Home. The safety and protection of the children at Dayspring is our number one priority and an ongoing project.

Childrens’ Fest
In March we celebrated children at the college in Virudhunagar. We were taken to the college on a bus early this morning, along with children from another home, and spent the whole day celebrating and playing with the other children and students at the college. There was music, dancing and all sorts of games, including musical chairs, ball throwing and balloon games.

The children of Dayspring Home were amazing and got involved at every opportunity. They all went on stage and introduced themselves at the start of the day and every child was dancing on stage at some point. I have never seen such energetic dancing; I think we have a future dance group with Kutti, Ravi and Hari. At one point the children were also invited on stage to sing Tamil songs. A few of the girls had a go and did really well. Dhana and Vallar sang together and the young girls were on stage dancing to nearly every song. Vallar also sang a song, the microphone broke halfway through his song so he sang without and the room was silent. At the end of the day some of the children got called on stage to get prizes, such as pencil cases and water bottles, for their exams. They were really pleased.

The children really enjoyed the games and having so many people around. It was a great day for everyone.

Annual Day
Also in March was the Annual Day’s celebration at Chittoor School. It started with speeches from teachers and prizes for children who have done well in school and sports. Some of the Dayspring Children who got prizes wereHari, Prakesh, Ravi, Santhosh, Esaki, Sanjena, Dhana, Nandhini and Munneswari.

After the prizes the dance performances began. The children were practicing and preparing for weeks and were so excited. Every childwas involved in at least one dance but many did two or three. They all really enjoyed themselves and were amazing on stage. It was a great evening and very fun to watch. We got home late Friday night with tired, but very happy children.

Kodaikanal
Sunday the 23rd of April, almost all children went on holiday to their villages. All exams are finished and it's time for summer break. The children have worked so hard, mornings and evenings, to get good grades on their final exams. As the heat is rising they definitely deserve a break. A few children will spend their holidays here at Dayspring Home and we aimed to make it special for them as well. We discussed the possibility of going to Kodaikanal, a cooling hill station with amazing scenery. Three days later we were on a van heading towards the mountains. While driving on very steep roads and too many curves, we could all feel the fresh breeze through the windows. At Kodaikanel the children rode horse, rowed boats, went to several viewing points, walked in a national park, visited markets and a playground, and enjoyed a flower park.

It was an amazing trip with lots of laughter and one night in a hotel with an incredible view. It was their first time going to Kodaikanal and we believe they will cherish this trip for a long time.

Goats
Dayspring home has had great success in breeding goats again. In March, we have had seven babies born and expect. The seven kids (that’s the name for a baby goat!) are doing really well and growing very fast. The breeding programme will continue to maintain a healthy flock population.

On the 24th of March it was World TB Day. Blossom Trust, with the support of a few other organisations, arranged a day of raising awareness about TB. Some of the children and volunteers of Dayspring Home got dressed up as clowns and went in the car to busy areas of Virudhunagar, such as the train station, market square and bus station. The car was then covered in posters about TB, and the clowns walked around the town handing out leaflets with facts and information about treatment. This was a great way to inform people about the disease, as it was enjoyable as well as informative. The clowns caught the attention of the public and did a great job at handing out all our leaflets. 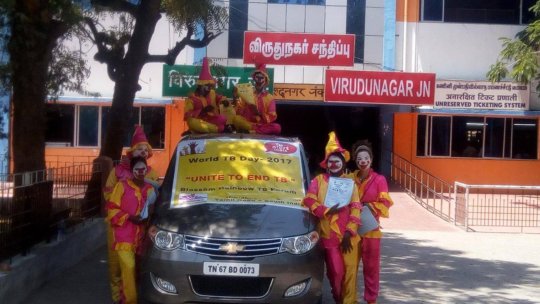 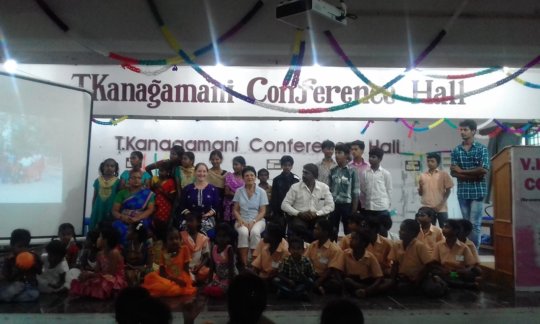 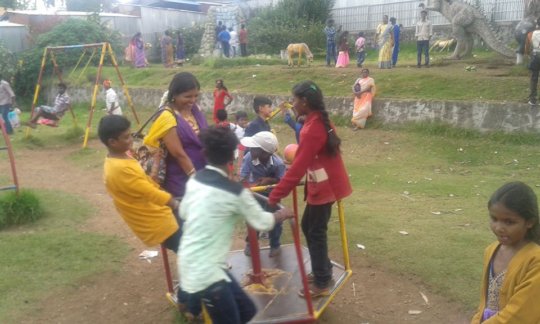 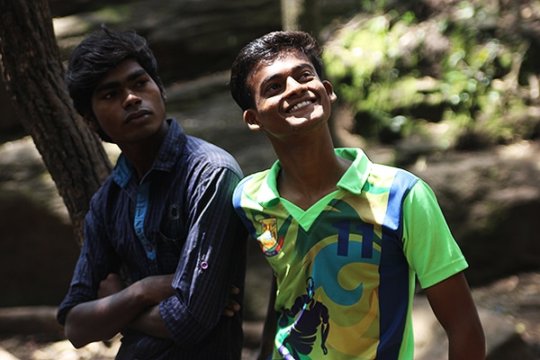 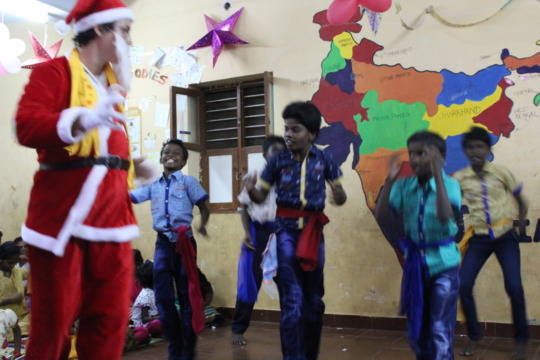 Hello friends of Dayspring! With Christmas, the turn of the year and several big Tamil holidays happening in the last three months, busy is an understatement for all that has happened.

The DSH family has grown, with incredible volunteers that devoted time and opened their hearts to both the children and staff. Their bright minds and hard work brought new projects we are excited to share with you. First, our drip irrigation system is back on! Our primary crops this time of year are guava, tomato, eggplant, chili, gooseberry, but with the drip irrigation we are now able to sustain our water source over two more fields that are now growing lady finger and spinach. The children were great helpers installing the system on a sunny Saturday, and have been so excited to see the seeds start to sprout. After several days of rain, the plants doubled in size and we expect harvest soon.

It is a known fact that growing children need nutrient rich foods to fuel their developing minds and bodies. Brother Carter noticed this deficit during his one month stay, which he eagerly addressed by creating the ‘Fruit Fund’ – this program provides fresh fruit to the children three times a week. Through working with local vendors in Virudhunagar, a purchasing schedule has been put in place to ensure consistency, which is a huge influencing factor of this program’s impact. Volunteers have been managing washing, cutting and distribution at DSH and it has been a big HIT! The children are extremely happy to receive a full tumbler of fruit salad, and it is a great feeling knowing it is only benefiting their health. Way to go Carter!

Other notable tackled projects over the last three months have been a complete kitchen revamp with new paint, the construction of an outdoor ‘chula’ or organic matter cook stove  and reorganization of the DSH library. We are incredibly thankful for our volunteers.

Celebrating Christmas with the entire Dayspring family is quite special. 31 children, on-site staff and special guests joined together to share the holiday. Everyone received a new outfit and small gifts from our guest of honor, Judicial Magistrate Mrs. Mumtaz. A three kilo cake was cut by the small children donning Santa Claus masks and the girls danced away like the Bollywood starlets they are. The whole evening a catering team worked diligently outside to prepare a dinner unlike any other. Paratha, idili, fried chicken, curry and several chutneys refueled everyone after such a fun filled day. This is a highlight of the entire year at Dayspring, which was evident from the anticipation amongst the children days before.

Pongal soon followed Christmas. It is one of the most important Tamil celebrations of the entire year. It is normally sustained over three days, recognizing the start of spring and giving prayer for the harvest season. The main activity is cooking Pongal sweet rice on an open flame, surrounded by colorful rangoli art. When it boils over, everyone howls to the sky in excitement and appreciation for the crop. Sugar cane is also associated with the holiday, as the stalks are tied in bundles as decoration around the open fire. After the rice has cooked, everyone enjoys eating the sugar cane throughout the afternoon. The second day gives respect for all livestock, especially the cow. It is called ‘Matu’ (Tamil for cow) Pongal for this very reason. The children decorated all the animals and enjoyed moving the Pongal rice celebration over to the Dayspring farm.

Donors made the celebration of these holidays possible, and our gratitude pours out for ensuring joy filled days for all here at Dayspring. Everyone is preparing for exams in the next month, and then it will be a short summer holiday. All children are busy studying, but their spirits are incredibly high. They are ready to apply all their hard work this past year! 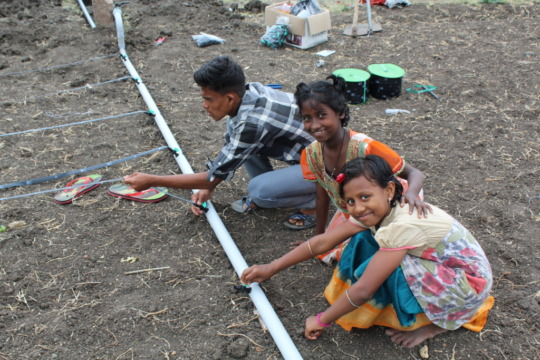 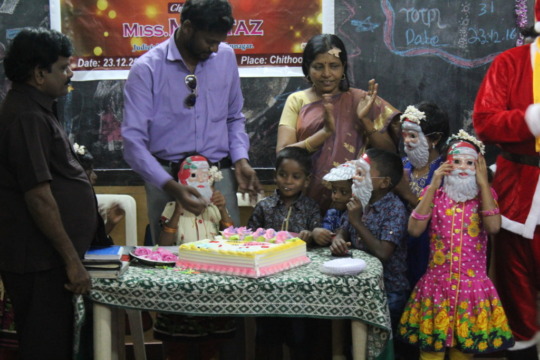 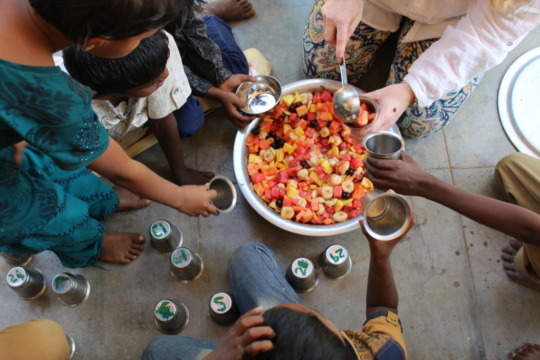 Fruit Salad
‹ 1 ... 4 5 6 7 8 9 10 11 ... 16 ›
WARNING: Javascript is currently disabled or is not available in your browser. GlobalGiving makes extensive use of Javascript and will not function properly with Javascript disabled. Please enable Javascript and refresh this page.