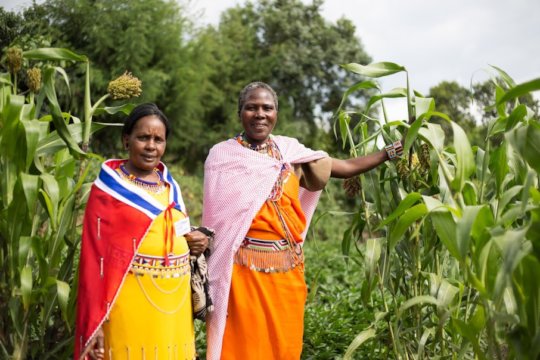 Thanks to your generous gift through GlobalGiving, MADRE continues to support our Kenyan partner, the Indigenous Information Network (IIN), to train Indigenous women in the production of high-quality seeds and help organize community seed banks that conserve local crop varieties. Thanks to your support, Indigenous women have been able to multiply seeds of local varieties—which are rare or becoming less obtainable—and make them available every season. Your generosity also supports IIN’s efforts to not only protect biodiversity but provide women and families with nutritious food.

Over the past year, IIN produced 70,000 seedlings for planting, helping to significantly combat fertile land from becoming unsuitable for agriculture and promote reforestation. IIN and their network of Indigenous women leaders have worked with local youth to plant trees at schools and around their communities to encourage children to play an active role in environmental conservation, preserving cultures and traditions for future generations to come! 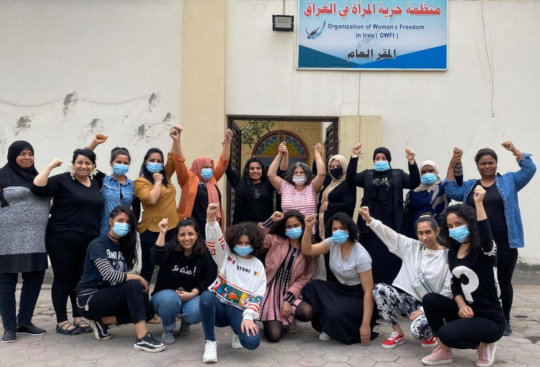 Last January, the Iraqi government filed a lawsuit to crumble the Organization of Women’s Freedom in Iraq (OWFI), a longtime MADRE partner who provides crucial protection for women escaping violence and discrimination. But OWFI prevailed! After a long legal attack on OWFI’s brave truth-telling and life-saving work for Iraqi women and girls, a judge recently dismissed all claims against them.

We are proud to continue uplifting OWFI’s work to provide essential protection to women and girls, including operating a nationwide network of shelters and safe houses for women currently deemed illegal in Iraq. This network, for example, was a vital source of support for women and girls targeted for rape and sexual slavery by ISIS. OWFI stepped up, mobilizing to provide care, counseling, and shelter for survivors and those at-risk of ISIS violence. Their work continues to be recognized and applauded by local judges and authorities across the country — for the very same work that their government attacked.

MADRE’s team of legal experts helped support OWFI through this long legal battle, demonstrating our steadfast support for partners through thick and thin.

OWFI’s victory is a testament to their crucial work and dedicated commitment to advancing women and girls’ rights in Iraq. Thanks to your support, OWFI can continue their efforts to safeguard what may be the only path to safety for women and girls escaping honor killings, domestic violence, and sexual abuse, ensuring that everyone receives the care and support they need to heal and thrive. 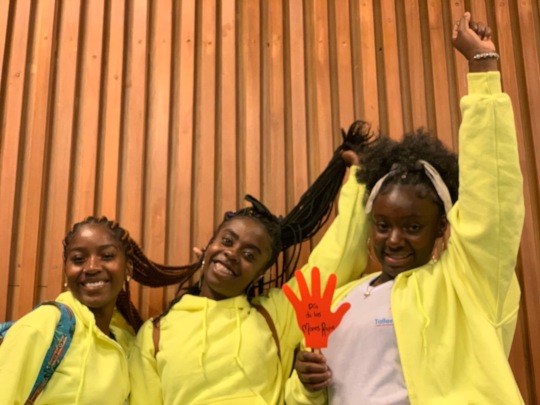 On February 12, 2002, the use of child soldiers in armed conflict was condemned by international law. So far, more than 150 governments have ratified this law. Despite this, armed groups across the globe continue to recruit and utilize child soldiers.

In Colombia, where MADRE partner, Taller de Vida (TdV), works, child recruitment by armed groups persists amid a resurgence of conflict in the war-torn country. Even though the country has continued to implement the 2016 Peace Accord and the FARC demobilized, paramilitary groups are still causing violence. The economic and social consequences of COVID-19 have also led to increased recruitment of children to become soldiers. Schooling has halted for many, recreational activities have stopped, and families’ livelihoods have been at stake.

Each February, MADRE and TdV commemorate the International Day Against the Use of Child Soldiers, also known as Red Hand Day. Red Hand Day calls for action to stop this practice, and for support for children affected by it. On February 12th of each year, TdV joins fellow organizations, schools, and children across Colombia and worldwide in raising awareness of child recruitment and advocating to political leaders for its end. This year, they organized virtual ceremonies for girl survivors of war and former child soldiers. The children sang songs, shared their stories, and painted their hands red, with the hope of a more peaceful future.

Child soldiers are survivors of physical, psychological, emotional, and sexual violence. While some children manage to escape conflict, many find it difficult to overcome their trauma. Healing and rehabilitation have been especially challenging for former child soldiers who are girls, since reintegration programs are often ill-equipped to address their distinct psychosocial needs.

MADRE and Taller de Vida fill this gap and support Afro-Colombian and Indigenous girls exploited as child soldiers or abused by armed groups with mentorship and rehabilitative care tailored to their unique needs. Thanks to your support, survivors of war are receiving somatic care, art therapy, and human rights education that foster healing. With you, we’re helping girls build new lives and futures for themselves, and amplify their activism as they raise awareness and work to prevent further violence in their communities. We thank you for making this life-saving work possible!

1 2 3 4 5 6 7 8 9 ... 100 ›
WARNING: Javascript is currently disabled or is not available in your browser. GlobalGiving makes extensive use of Javascript and will not function properly with Javascript disabled. Please enable Javascript and refresh this page.