Thank you for continuing to follow our work! We had a wonderful Spring and Summer and are excited to share what we accomplished.

In June we held our 3 Part International Pride Event. 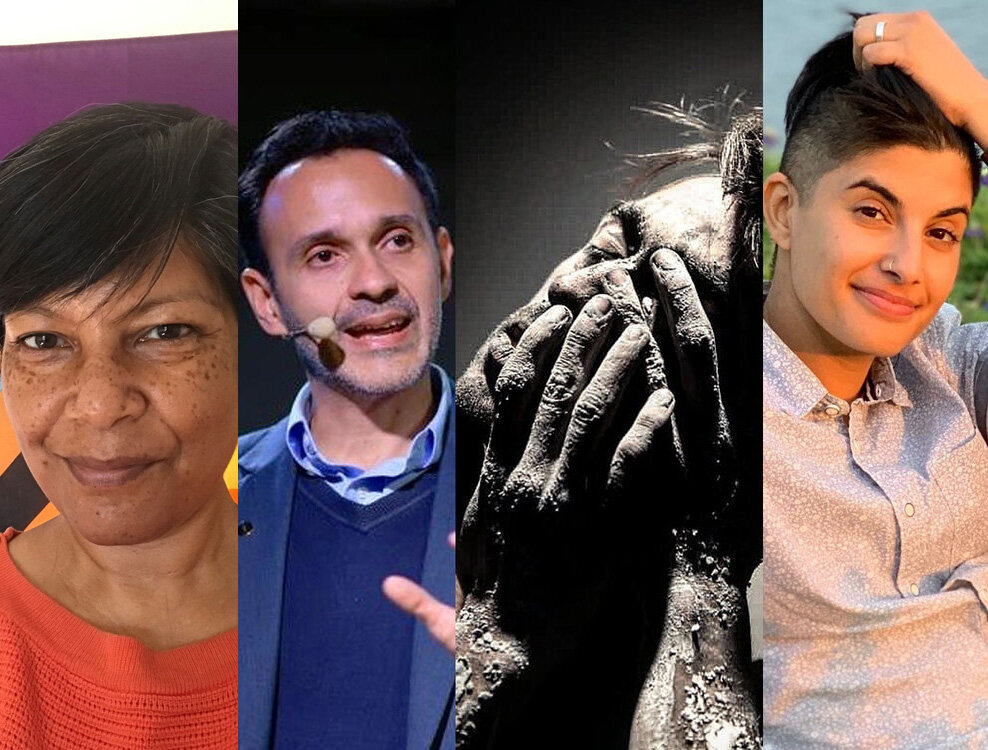 In their bid to maintain power, colonial regimes resorted not only to military force but imposed and controlled the identity of their subjects both at home and abroad. Anti-LGBTQ+ legislation and social values were a core element of colonial power.

Today homosexuality remains criminalized in may countries, and new waves of anti-trans legislation and broader LGBTQ+ discrimination are taking hold in Europe and North America. How can we redefine and reclaim gender, sexuality and identity in the context of colonialism?

In celebration of International Pride, PATHS TO ACTION brings together an international panel of LGBTQ+ activists and artist-producers working to re-queer identity. 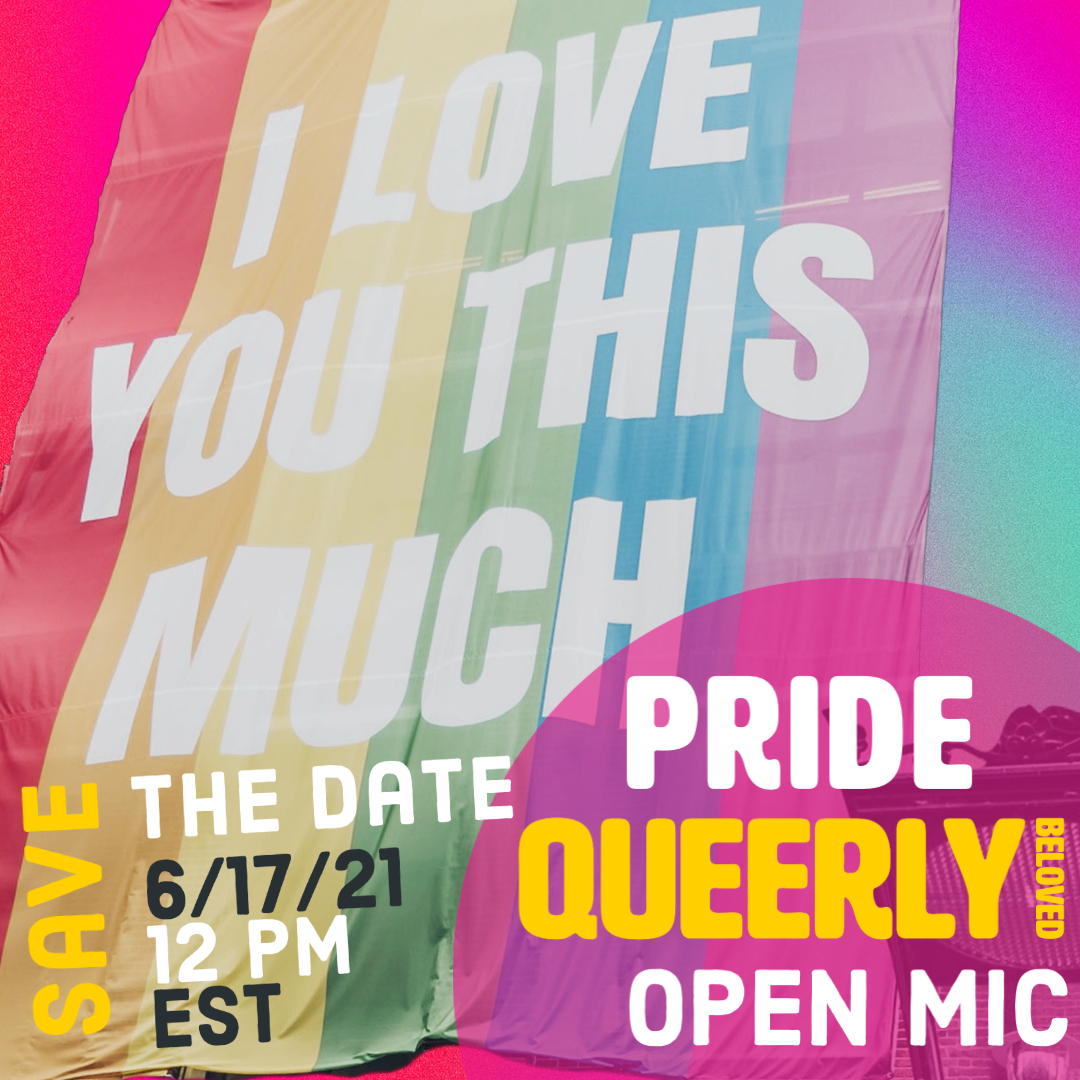 For hearts that need help carrying the load, or a space in which to sing.

Bring yourself, bear your soul, or simply sit with us as we hold this space for others.

MIDHEAVEN Network & PATHS TO ACTION are excited to present our very first global open mic, and we’d love for you to join us! Share poetry, monologues, music, art, dance, and everything else you can think of that we can show on a screen. Make us laugh, make us cry, make us think — we have space for anything you want to share with us.

Each participant had a 5-minute slot for their piece. Watch on MIDHEAVEN Network! 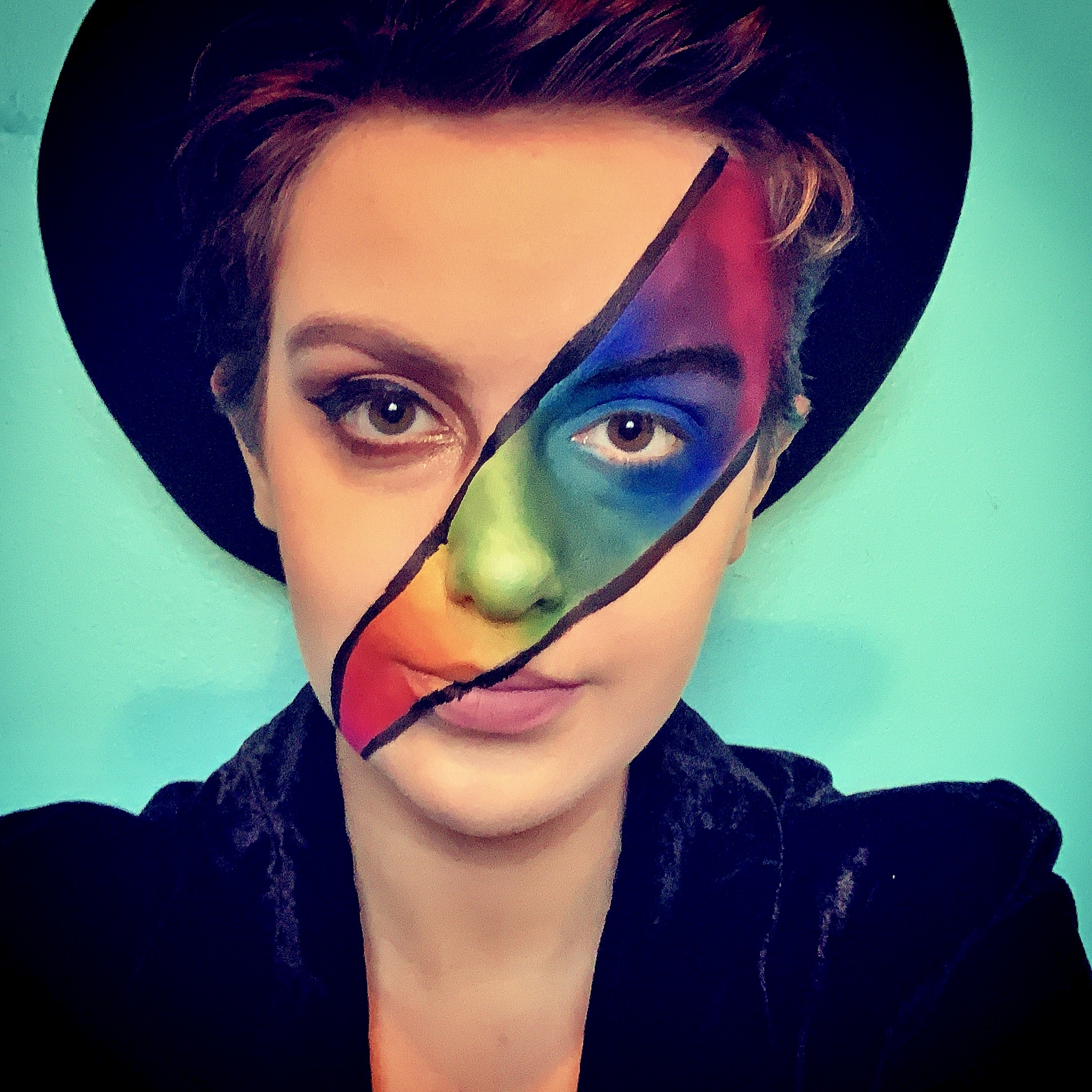 Rainbow in the Basement is a dedication to those forced outside of the reach of safety and acceptance. See the exhausting, angry, vulnerable and ultimately beautifully powerful process of one family and their neighbors as they rebuild a space of healing, community, love, and home in the basement of their New York apartment building.

Presented as an open workshop series, Rainbow in the Basement, visit MIDHEAVEN.network to watch.

In August we held the event: NUCLEAR ABOLITION × INDIGENOUS SOVEREIGNTY 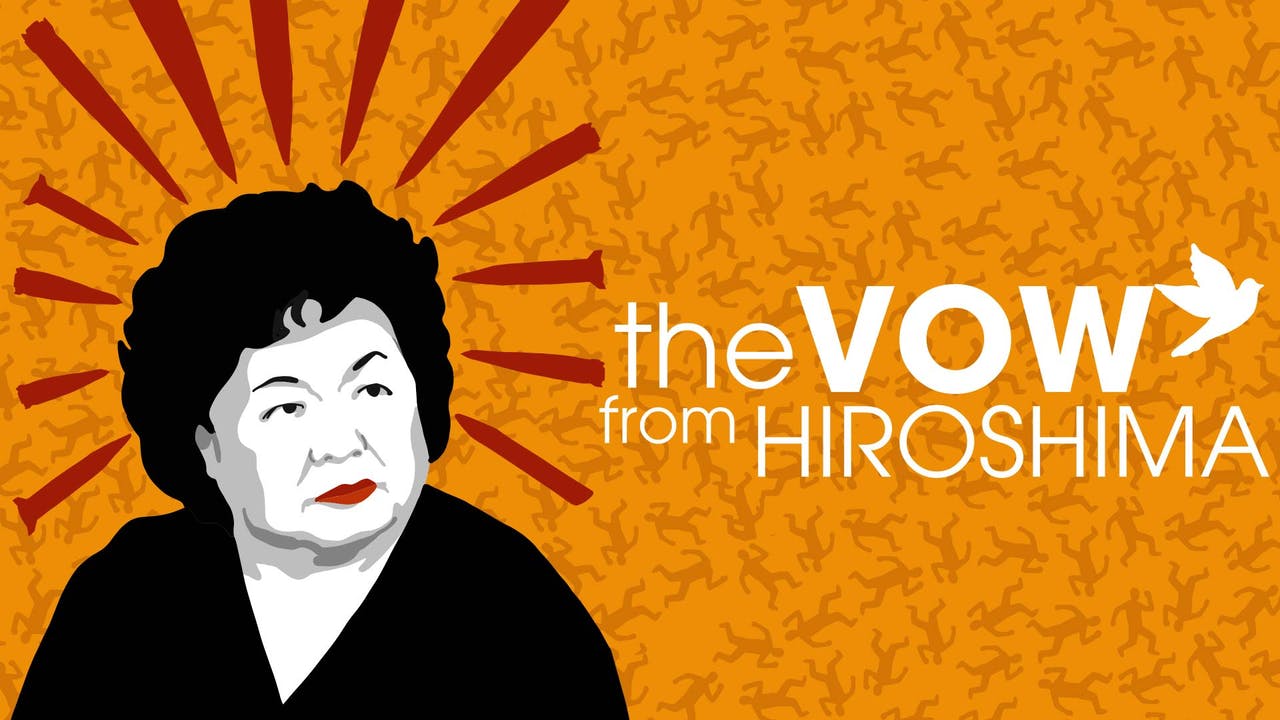 THE VOW FROM HIROSHIMA

Marking the 75th anniversary of the bombing of Hiroshima, this is an intimate portrait of Setsuko Thurlow, a first-generation Hibakusha (survivor of the atomic detonation at Hiroshima), who has devoted her life to ridding the world of nuclear weapons.

THE VOW FROM HIROSHIMA (82 minutes)

THE VOW FROM HIROSHIMA is an intimate portrait of Setsuko Thurlow, a passionate, 85-year-old survivor of the atomic bomb in Hiroshima. Her moving story is told through the lens of her growing friendship with a second-generation survivor, Mitchie Takeuchi.

Setsuko was miraculously pulled out of a fiery building after the bomb was dropped and unable to save her other 27 classmates who were burned to death alive. That experience shaped her life forever and she endeavored to keep a pledge she made to her friends - that no one should ever again experience the same horrible fate.

The film is a timely exploration of the global dangers of nuclear weapons and provides an insider's perspective as we see Setsuko campaign with ICAN (International Campaign to Abolish Nuclear Weapons). The culmination of Setsuko's decades of activism is her acceptance speech at the 2017 Nobel Peace Awards.

In honor of Setsuko’s lifetime of service and in observance of the 76th Memorial of the atomic bombing of Hiroshima & Nagasaki, PATHS TO ACTION invites you into this intimate and brave exchange on MIDHEAVEN.Network. 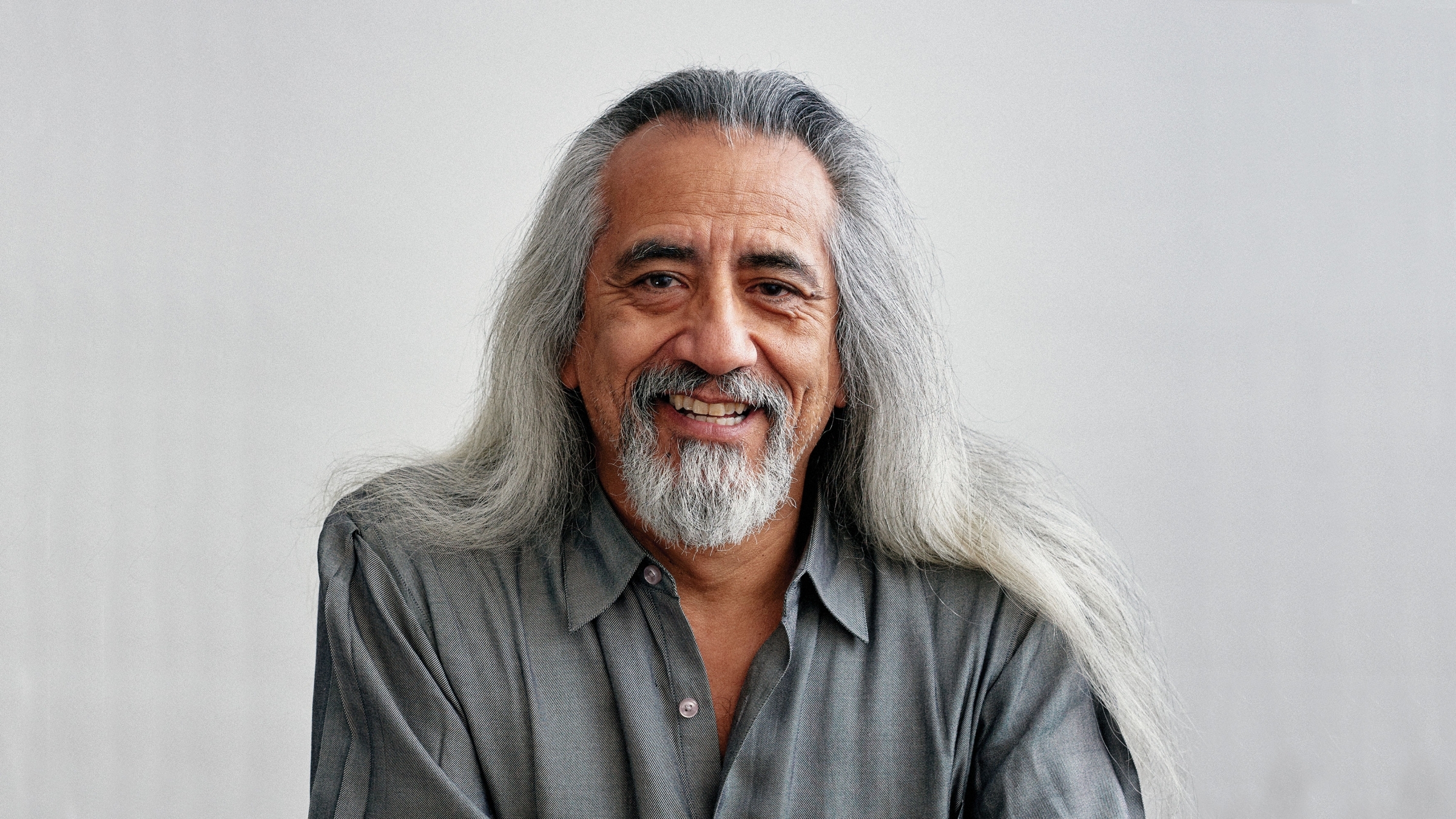 In the Court of the Conqueror

This solo work by legendary performance artist & educator George Emilio Sanchez revolves around the nearly 200-year old history of United States Supreme Court rulings that have diluted the autonomy of Tribal Sovereignty among Native Nations in their ancestral, traditional, and unceded territories.

IN THE COURT OF THE CONQUEROR (30 mins)

In the Court of the Conqueror will also meld personal narrative into a larger landscape that will include the scholarship and contributions of Native legal scholars, writers, and activists. One of the inspirations for embarking on this performance series is to create performance narratives that point to, and highlight, the importance, and relevance of how the creation of law and its ramifications have a direct link to how communities of color live and exist in this country.

In the Court of the Conqueror will delve into the historical record of the highest court of the Judicial branch, and demonstrate how law and government have an inconsistent and contradictory lineage. The government can bring us together, or, wedge inequality into our national fabric.

The piece will also serve as an artistic outlet to echo and reflect how it is the voice and experience of individuals and communities that have the greatest impact on the conception of who we are as a nation.

Our next event will be October 11, 2021, 10AM EST for Indigenous Peoples Day. You can watch on Midheaven.network - We'll send out updates. Hope you can join us!

Thank you for your continued support of our work!

By Rebecca Irby - Executive Director, PEAC Institute
Hello YEPE Supporters!
Below is a rundown of the programs we completed in 2020 as well as the programs we have done so far in 2021.
Our next cyber conference is on June 17th and a Juneteenth Celebration on June 19th.
Title: Re-queering identity: colonialism, sexuality, and gender

In their bid to maintain power, colonial regimes resorted not only to military force but imposed and controlled the identity of their subjects both at home and abroad. Anti-LGBTQ+ legislation and social values were a core element of colonial power. Today homosexuality remains criminalised in may countries, and new waves of anti-trans legislation and broader LGBTQ+ discrimination are taking hold in Europe and North America. How can we redefine and reclaim gender, sexuality and identity in the context of colonialism?

In celebration of Pride, Paths to Action brings together an international panel of LGBTQ+ activists working to re-queer identity. Join us for the discussion.

We hope you'll join us next month on https://www.midheaven.network/ and in the meantime, please check out our past work!

Conversationalists on Feminism and Women’s rights often reference the sidelining/ devaluation of Women’s labor in fields such as domestic services, care work, and sex work. However, we rarely hear from Women actively working for change within these professions, and when we do — it is in framing and context given by men.

This world needs the regenerative, life-sustaining, and interconnected energies of the Feminine to break through the status quo and create the world we want. This International Women’s Day, join Emma Pritchard, Rebecca Irby, and our esteemed panel of international speakers in a soaring review of the crucial system changes needed today, and what each of us can do to bring them about. 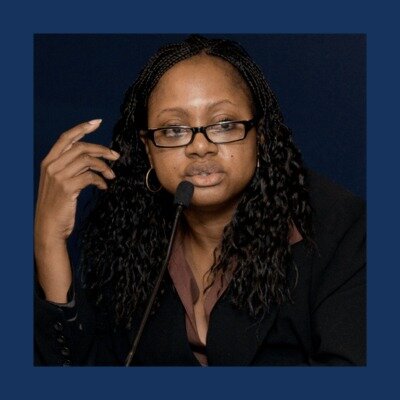 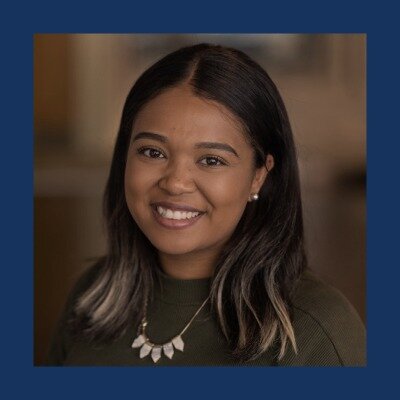 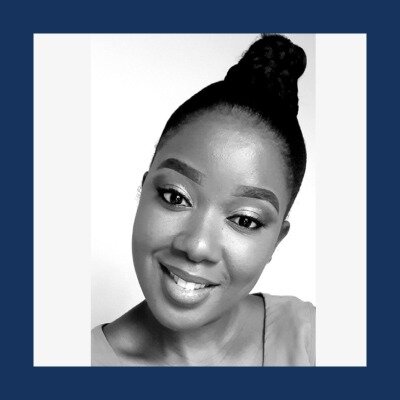 Join Ambassador Bonnie Jenkins, Vannary Kong (Co-Founder The World is Watching - BLM International), and Sinegugu Precious Pearl Mthethwa (SACCAWU/COSATU, South Africa) for a discussion on their journeys and what stories, people, organizations, and practices helped them get to where they are. 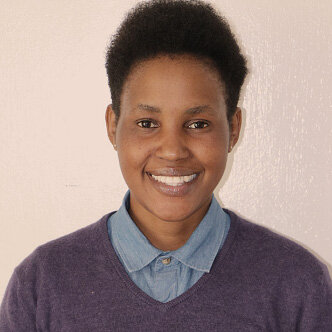 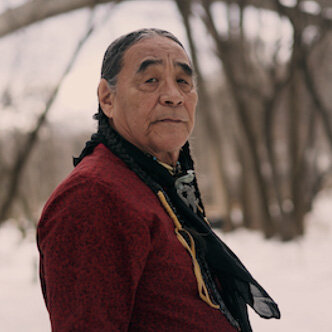 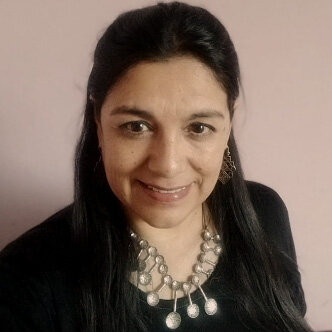 To celebrate US Indigenous Peoples’ Day in this webinar we have invited members of Indigenous Communities from around the world to talk about work as frontline defenders against climate change and the central importance of indigenous knowledge of land management in the fight to limit its effects.

This is the second webinar in our series ‘Building Back Better’ which looks forward to the world after the COVID-19 pandemic and asks what we need to do to create a more peaceful, just, and sustainable future. 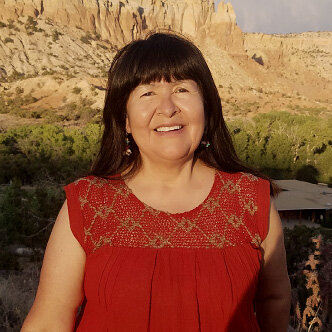 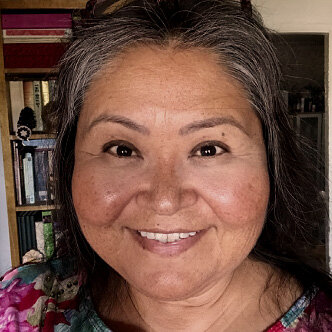 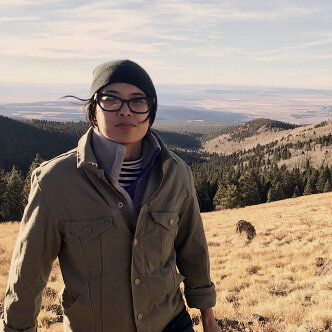 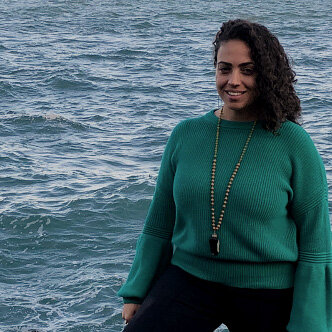 Join this spirited conversation about knowledge sharing with Indigenous and non-indigenous experts. We will be looking at ways of honoring the land & ourselves, the power of storytelling, and the importance of acknowledging non-Western stories and expertise.

Wow! What a year this has been!! 2020 started out feeling full of hope and promise for new things and so much opportunity. As we are all still figuring out our way through this pandemic and social awakening, I wanted to recap our year and share some of our processes. 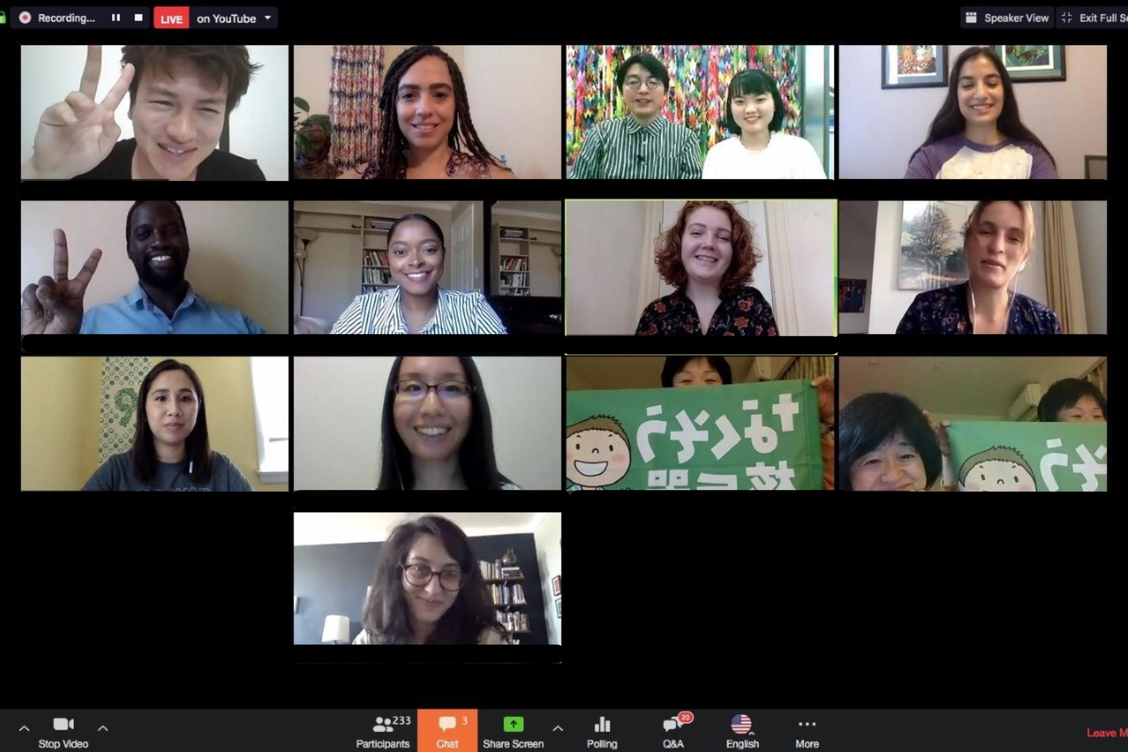 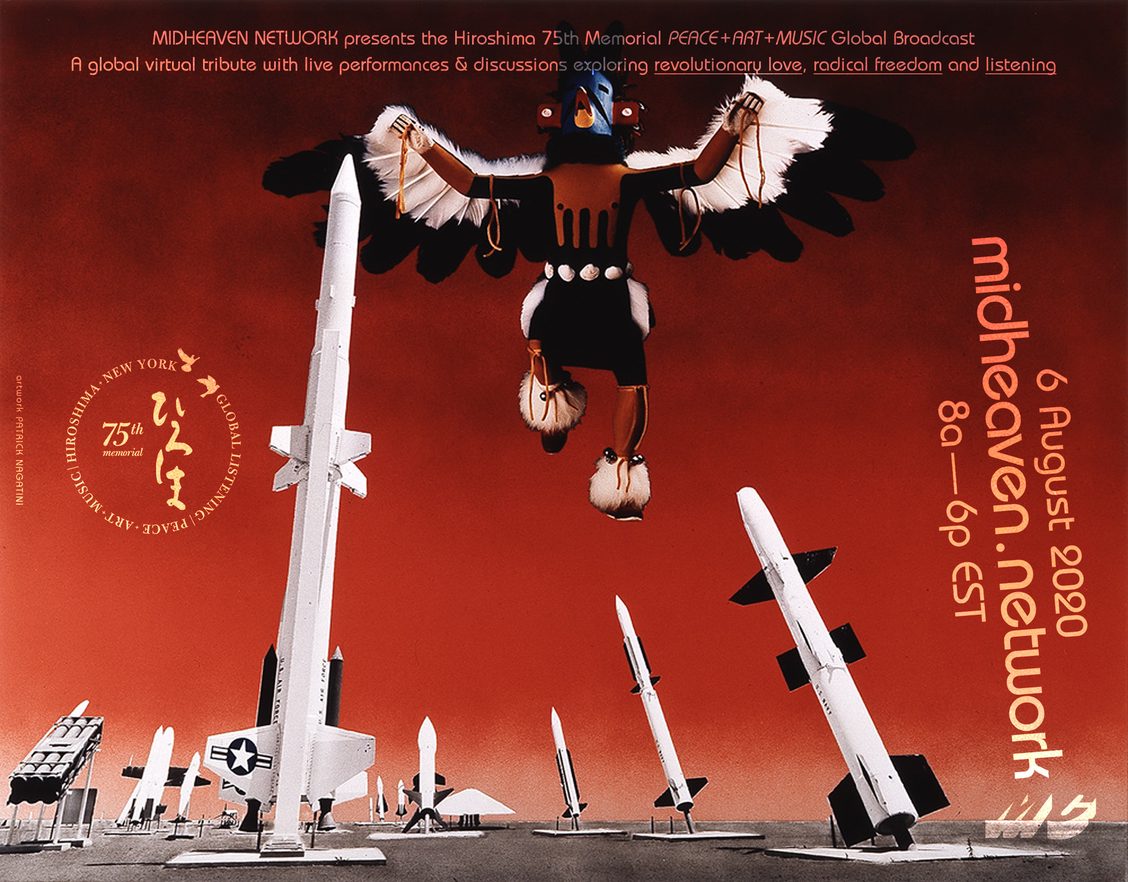 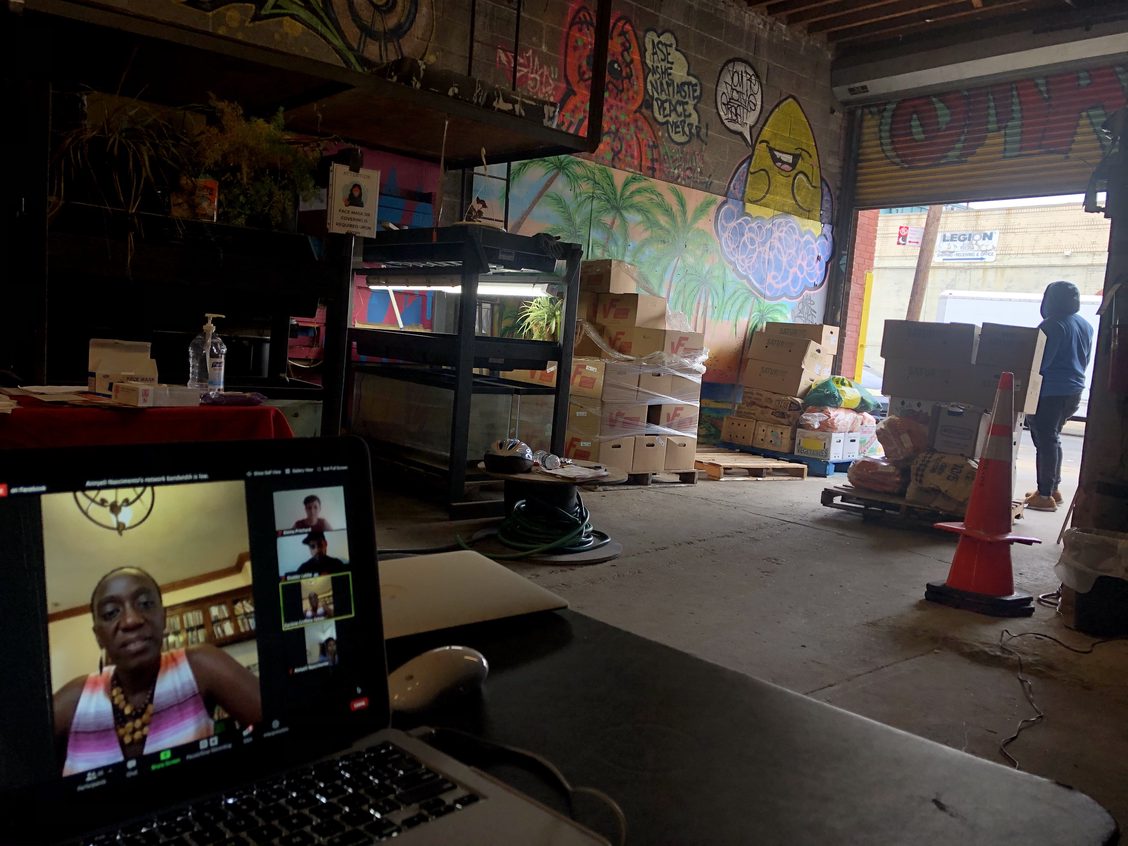 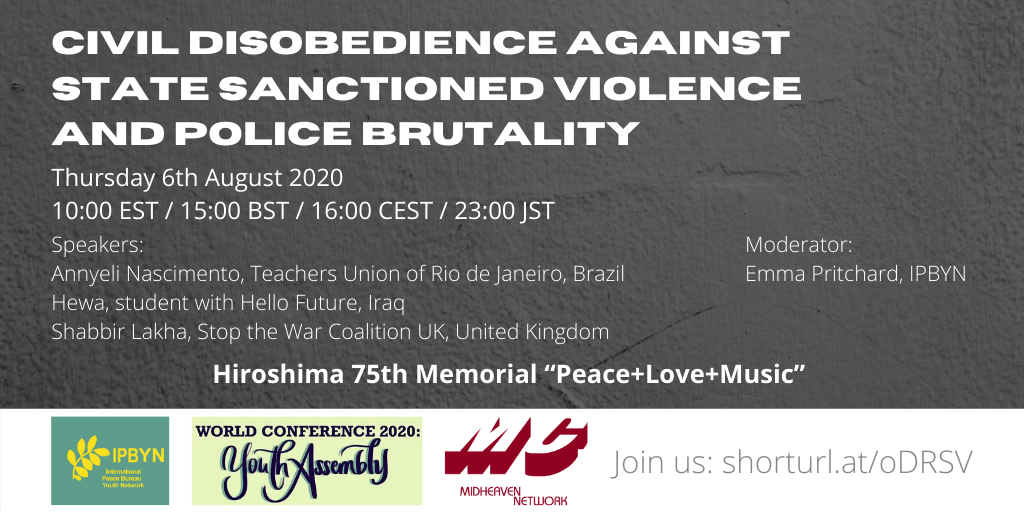 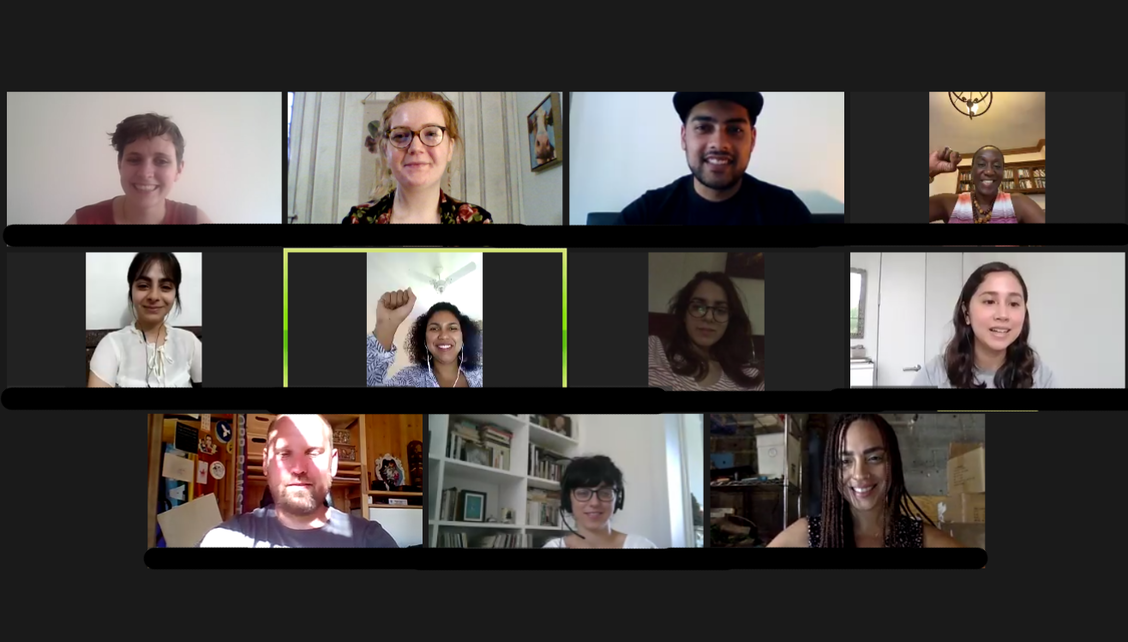 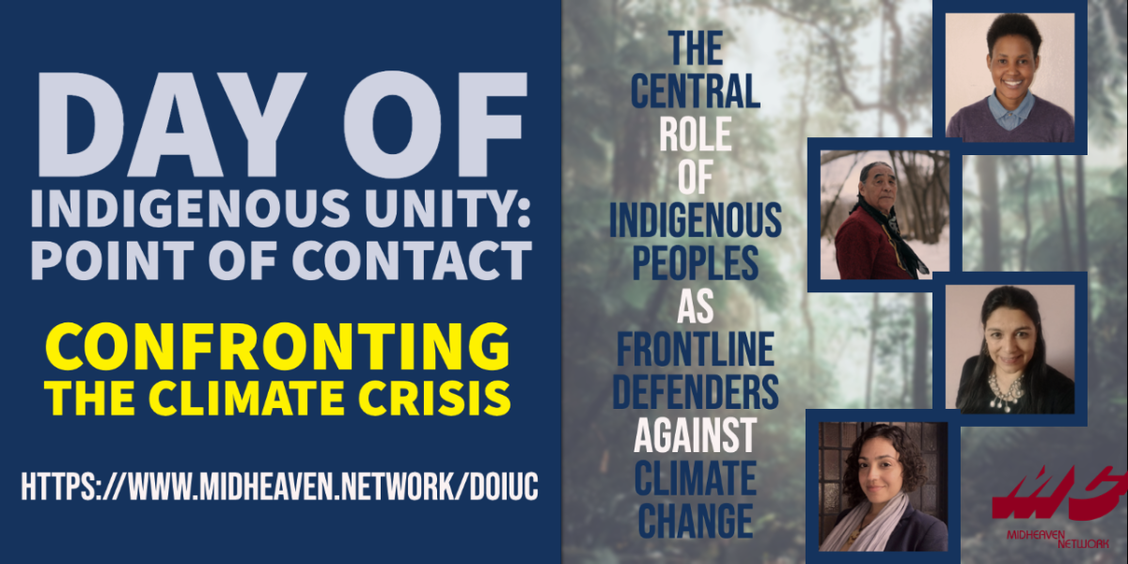 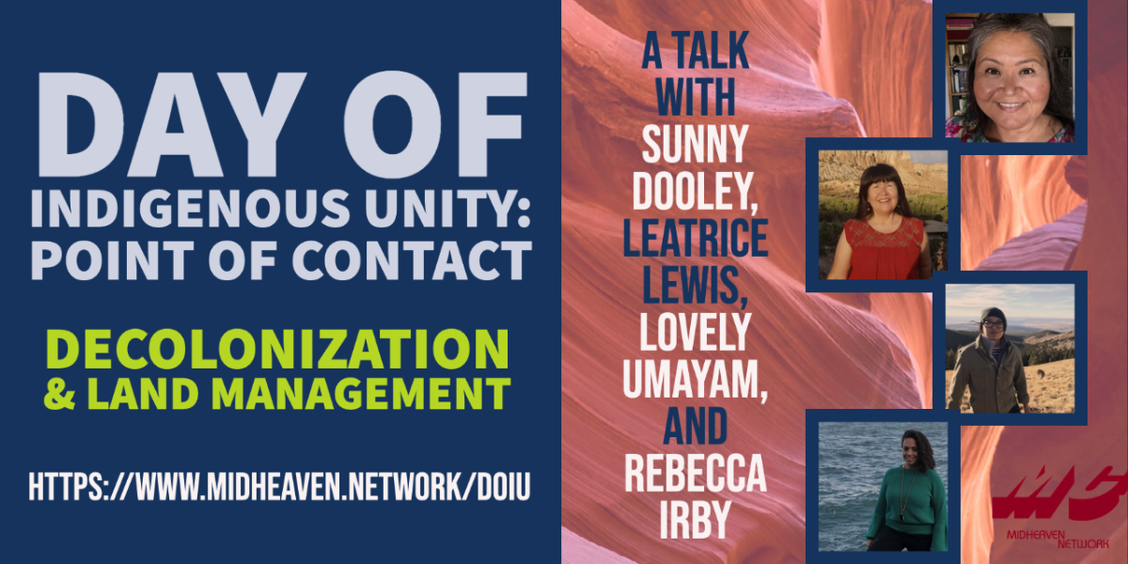 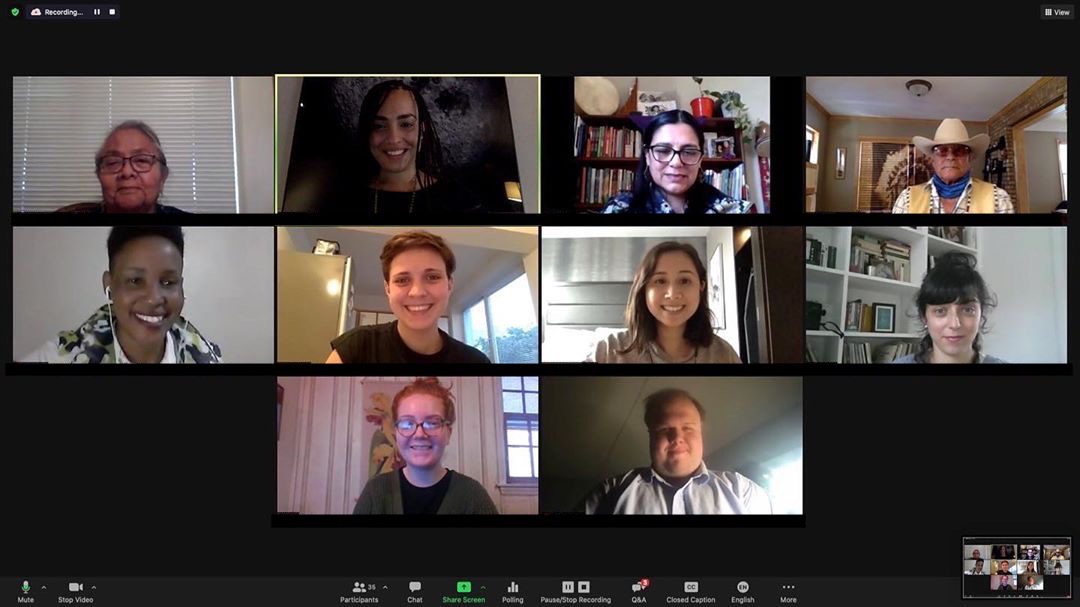 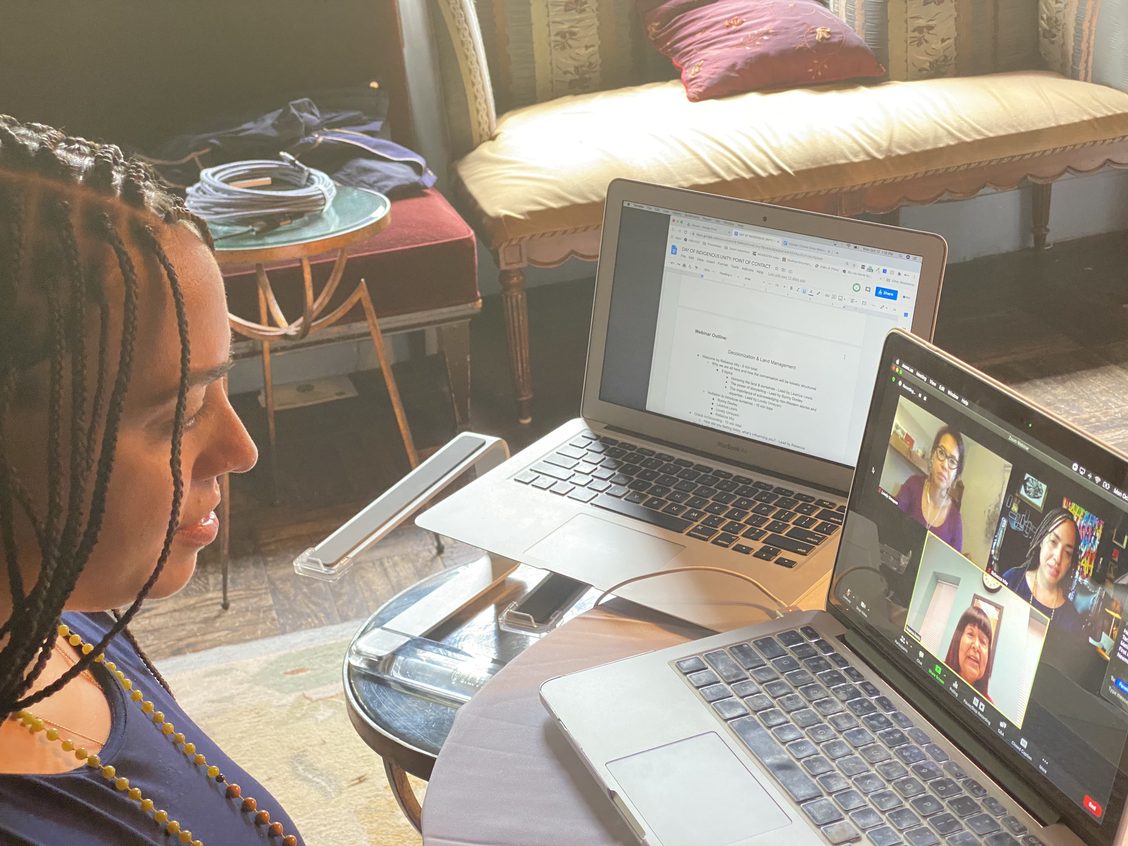